Traditional Scottish “Blackhouse” Village Was Once Empty, But Now Serves As Historic Inn

If you’ve never heard of the blackhouses of Scotland and England, then you’re not alone. We’re used to seeing whitewashed lime houses or even stone houses, but these blackhouses use a different method of construction to get their unique look. Also called “blachouses” these interesting homes are like a window into the past and now you can stay in one as a guest. How cool is that? 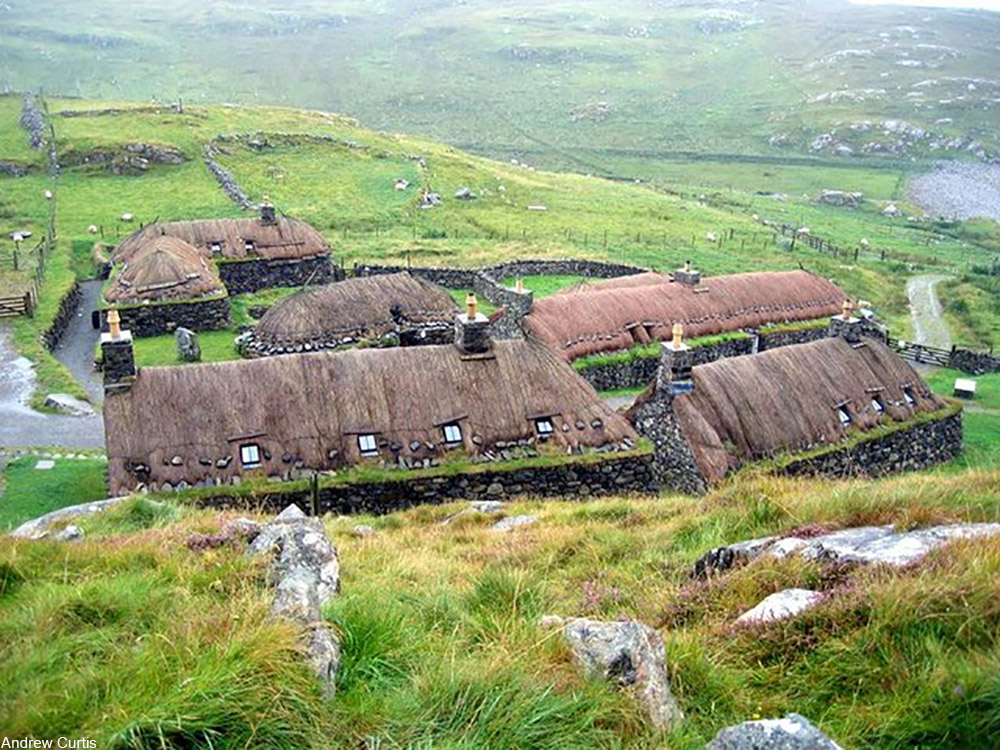 On the Isle of Lewis lies the very small town of Arnol in the Outer Hebrides of Scotland. It is there that a grouping of traditional houses has been preserved, some of the few left in Scotland that fit the description of the traditional blackhouse. These houses, collectively known as the ,Gearrannan Blackhouse Village were built using dry stacked stone which was then harled in peat and earth, instead of the more popular white lime finish.

These homes were built without full chimneys and the smoke traveled upwards to an opening in the ceiling. This meant that, like in many other areas of the world at the time, the smoke from the fire touched everything on its way up, leaving behind a sooty residue. This has been proffered as one potential reason why they are called “blackhouses”. 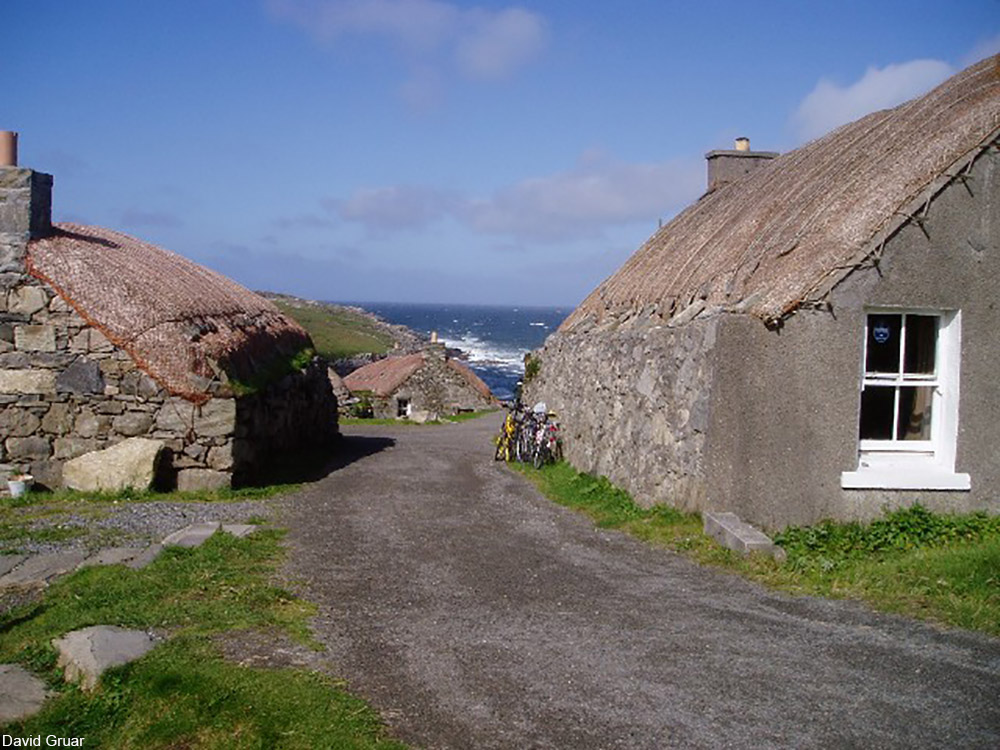 The walls were stacked in stone with a wooden ceiling frame on top, followed by “heathered turves” which refers to sod from fields of heather (“turves” is the plural of “turf”). Then that was covered in thatching and weighted down with ropes attached to wood or stones, making for an easily renewable and cheap roof that kept out the rain and the strong Atlantic wind. A small section opposite the sleeping area would have usually housed the family’s animals, all kept together under one roof. 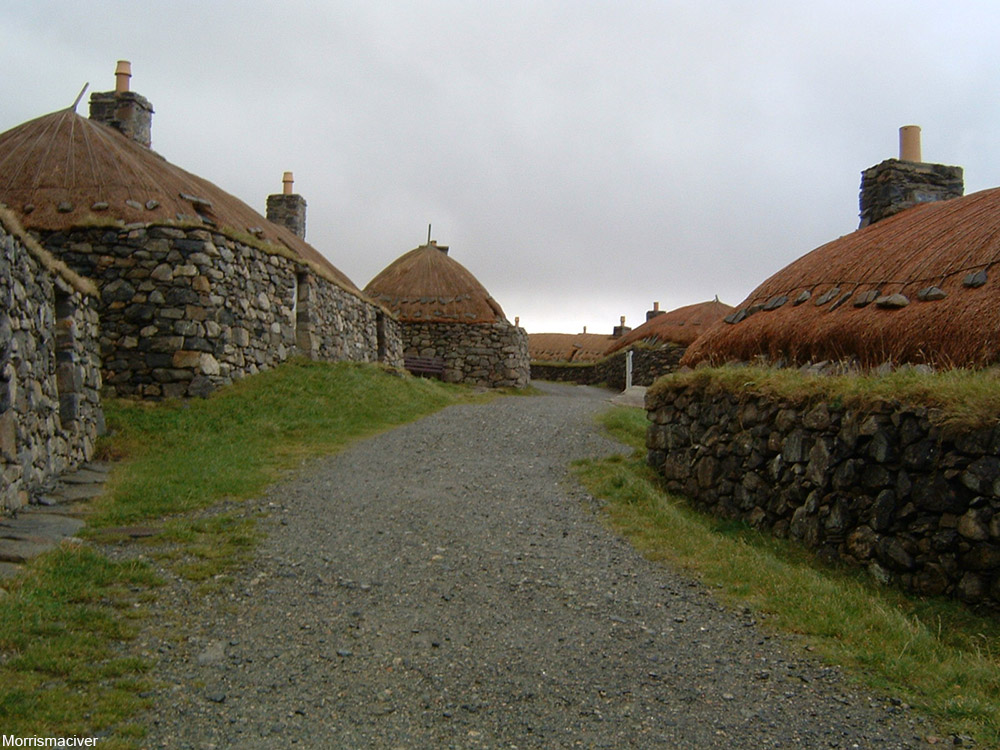 The blackhouses in Arnol were inhabited until the 1970s, when the last elderly residents who had lived in these houses their whole lives were finally moved into homes that required less upkeep. Traditionally the blackhouses of Arnol had no running water, no electricity, and few windows. This meant that living in one took a lot of physical strength and know-how. Residents would have had to secure fuel for cooking and heat, light and maintain lamps or candles, and had to carry all their water from a well or tank. It’s a lot of work for a person who is nearing the end of their life. 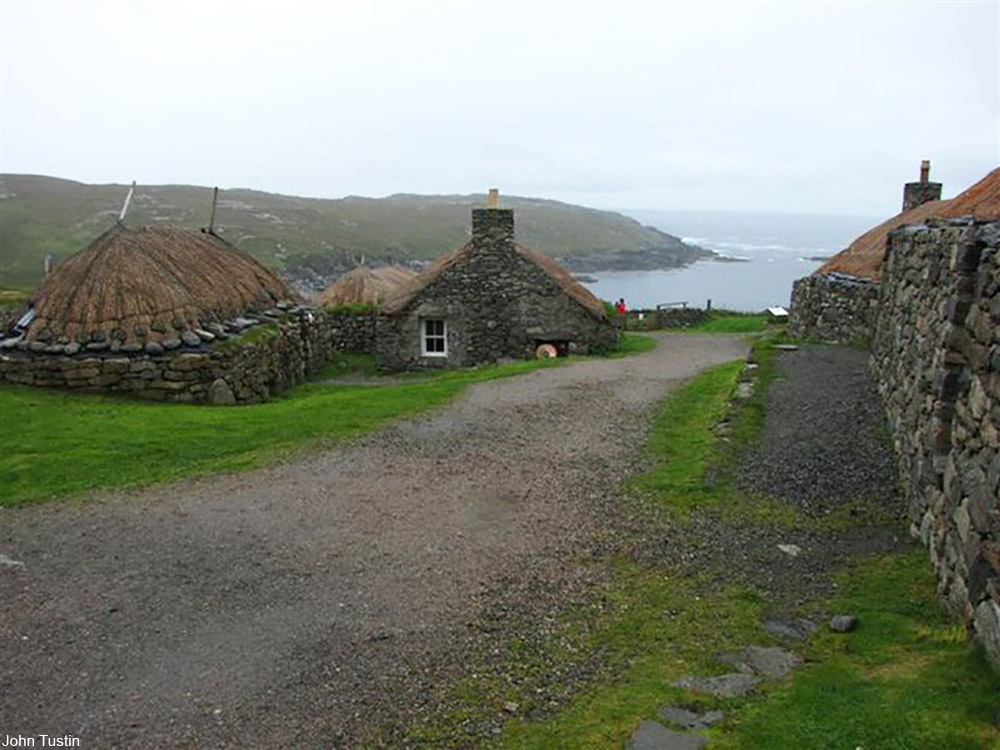 For this reason the cottages sat empty for decades before being finally preserved. The grouping of 5 buildings that remain standing today consist of one museum house arranged to represent the year 1955, complete with spinning wheel, loom, and manual mangle for wringing out clothes. The other 4 cottages are now available to stay in overnight and bookings fill up rather quickly. 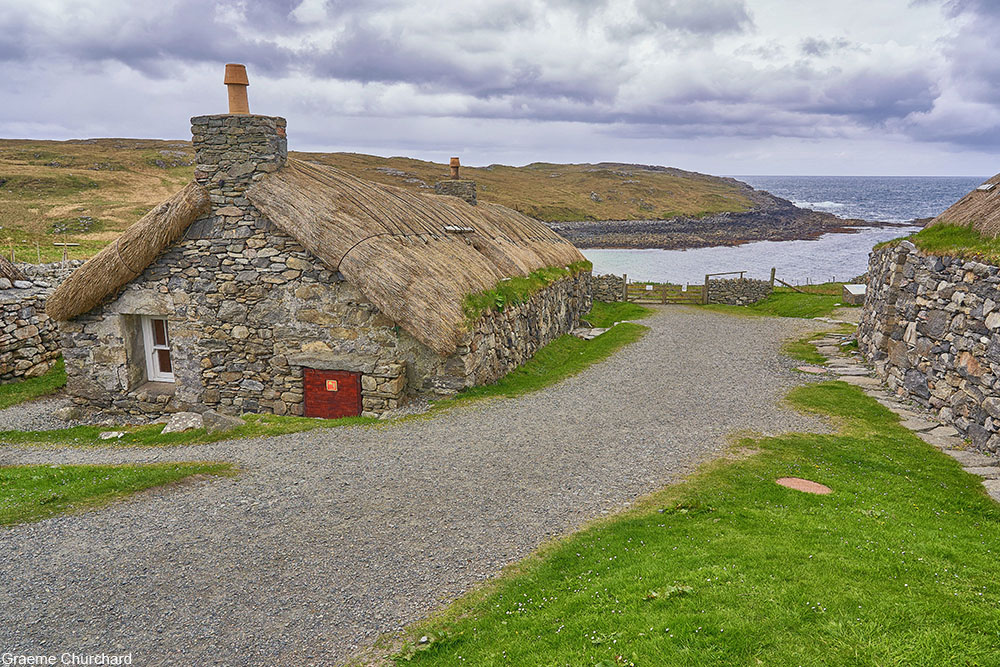 The houses have been updated with showers, modern kitchen amenities, and electricity. However, many other aspects of the village, including the rustic walls and scenic location, are exactly as they would have been in the 1800s when these homes were first built.

What do you think of these houses? Would you ever book a stay in one?

Have a look at the museum house in Arnol in the video below.

The Irish woman who lives like it's the 1800s despite her advancing age: Click “Next Page” below!