James Cameron’s 1997 blockbuster, Titanic, took the world by storm in its portrayal of the infamous 1912 voyage. As with all historical movies and shows, it is always fascinating to see how exactly the crew portrays fashion trends of the time. As you might expect, some of the design choices were based on a visual rather than a historical aspect. However, there are quite a few things the movie got right. Can you guess which of the most recognizable looks from this film were accurate and which ones were not? The answer might surprise you!

When the Titanic took sail in April of 1912 to America, we were at the height of Gilded Age Society, but also at the very beginning of modern fashion. The film was meticulously researched, especially when it came to the character of Rose. She had the best and latest fashion pieces from Paris. The costume designer, Deborah Lynn Scott actually won an Oscar for best costume design for her work on the movie. 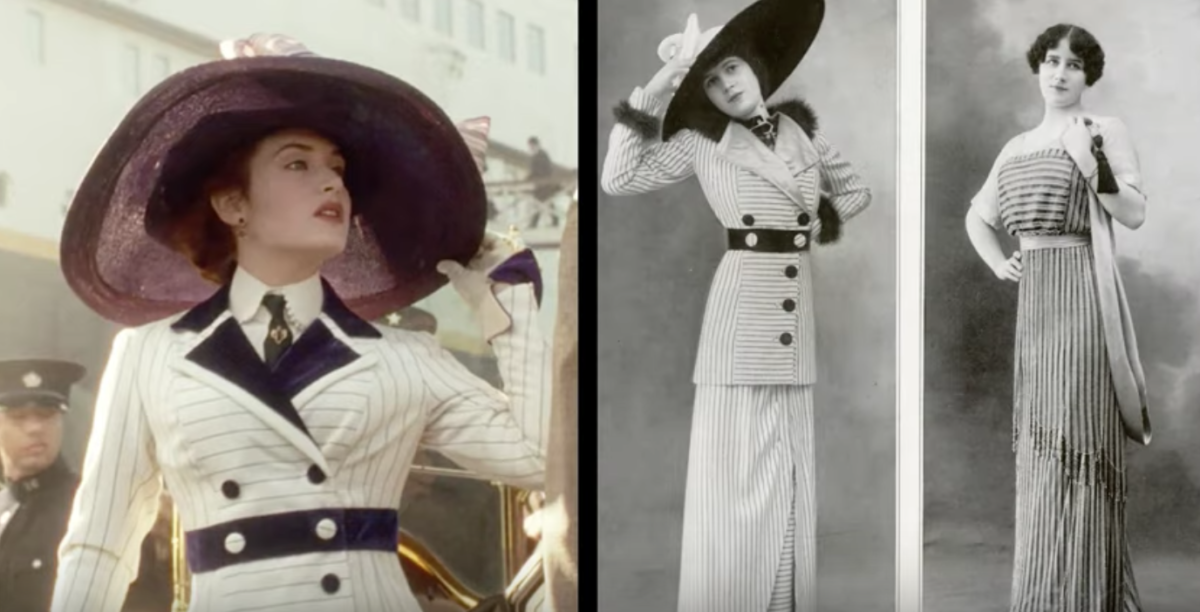 When we first meet Rose, she is wearing a lovely afternoon suit. As you can see, the costume is almost an exact replica from this French fashion magazine from 1912. So, suffice it to say, this outfit passes the test. Going beyond just the outer look, we actually get a glimpse of the layers of clothing underneath – and their significance. 1912 was an interesting time for women and fashion, particularly where the corset was concerned. The corset itself was changing along with the ever-evolving shape of women, however, the most modern of women didn’t wear a corset at all. In the scene pictured below, we can see so much more than just a mother tightening up her daughter’s corset – we see the struggle of handing down tradition from one generation to another. 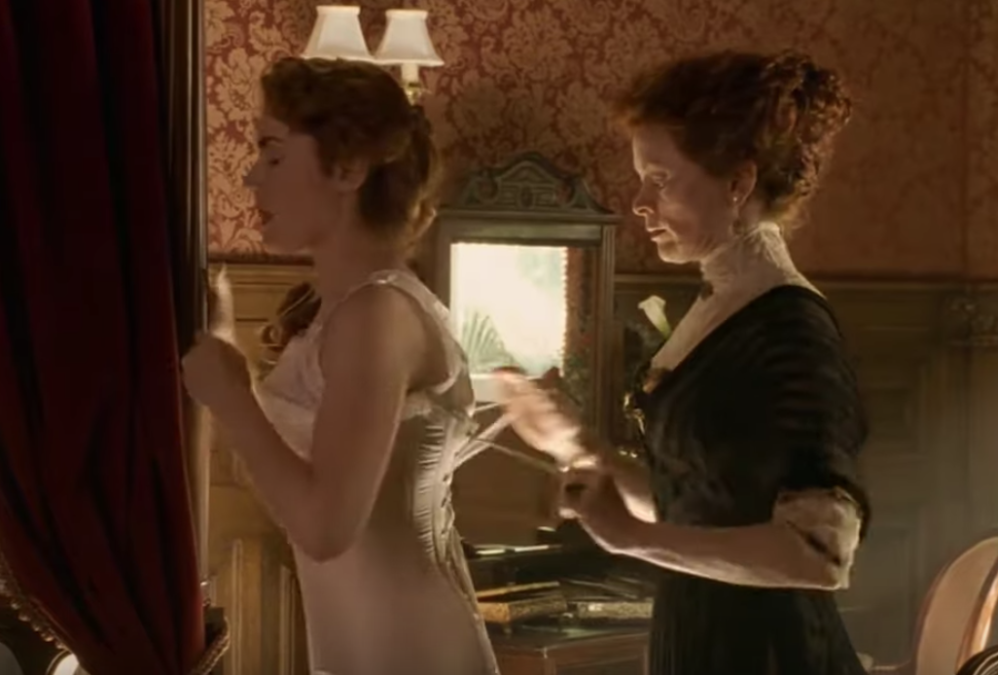 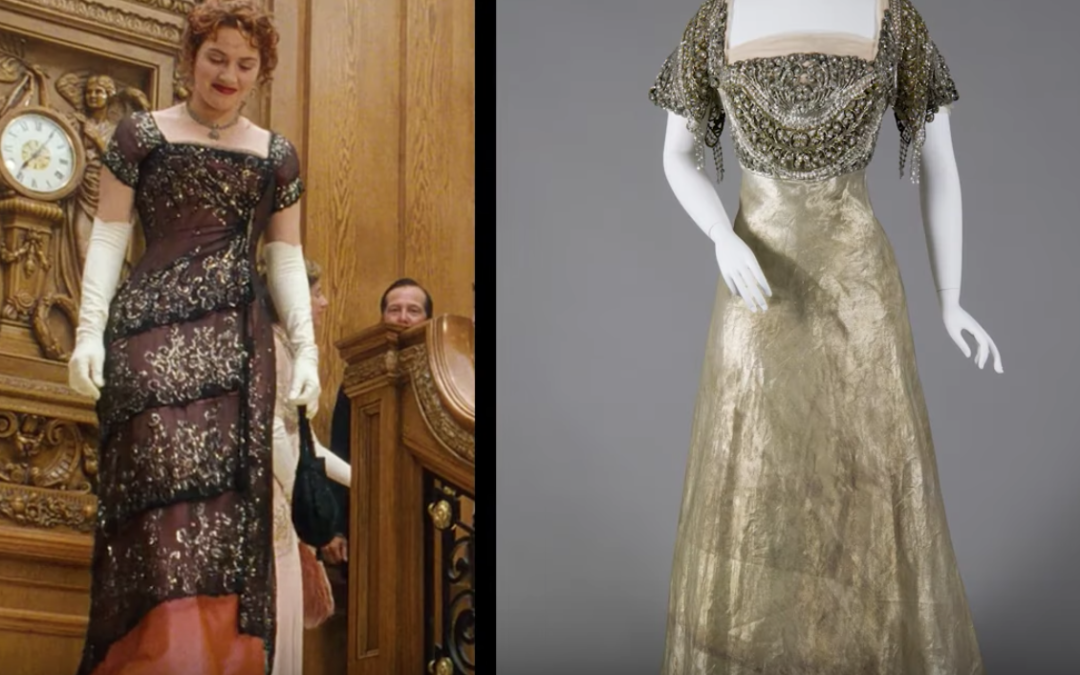 These lovely evening gowns show off sheer layers of fabric coupled with intricate beadwork. The dresses also feature a high waistline with a narrow skirt, both very fashionable for the time period. Rose’s hair was up for these scenes, which would have been true to the era as well. Even her shoes and jewelry were historically accurate, including the famous “Heart of the Ocean” diamond, that was based on the Hope Diamond, the largest diamond in the world. It is also blue. 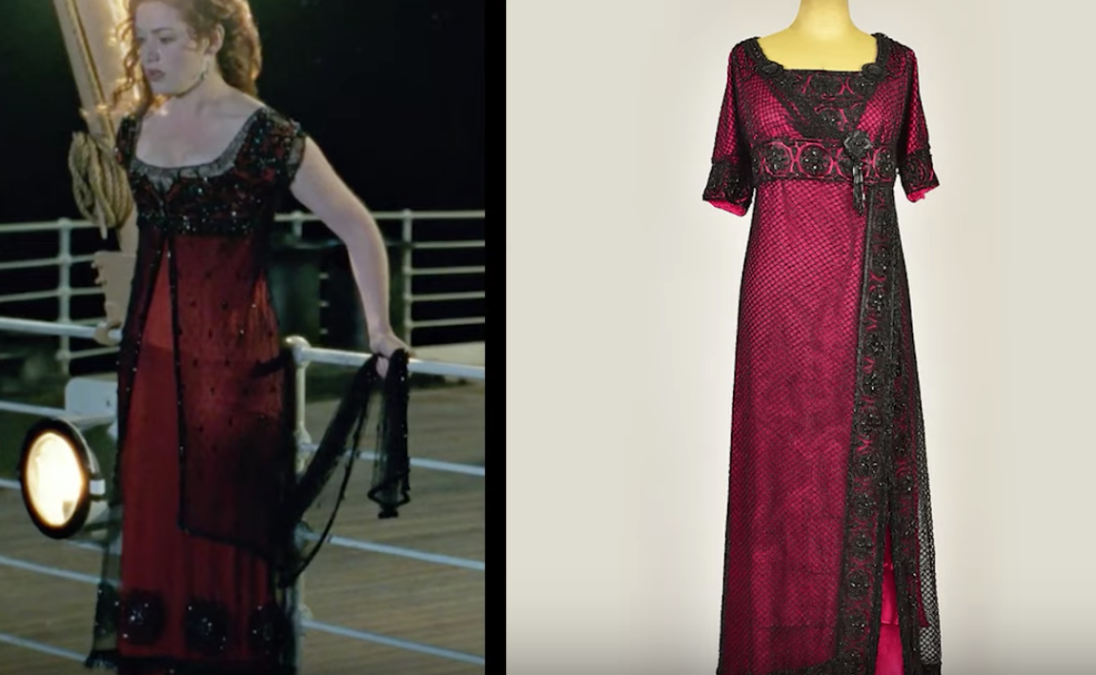 What The Film Got Wrong 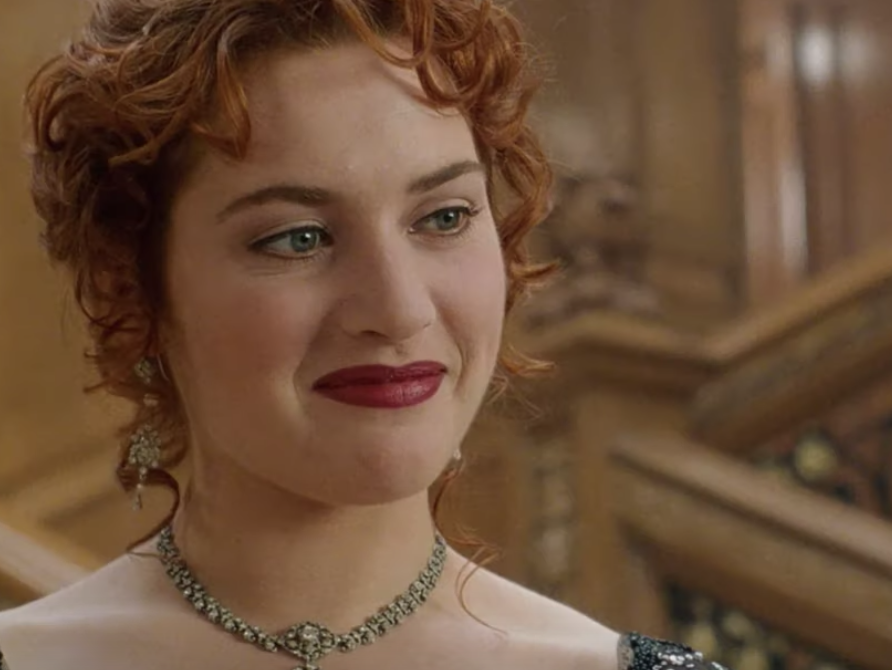 By now, you’re probably catching onto the fact that the costumes were very well done in this film, hence why the designer won an Oscar. However, there is one thing that is glaringly inaccurate to any early twentieth-century historian – the makeup! In the 1910s, wearing makeup was not socially acceptable, especially in high society. Wearing any sort of visible makeup would align these women with what society referred to as, “painted ladies,” like actresses or courtesans. These kinds of women were not held in very high regard. So what is the makeup in this movie based off of? You guessed it. The 1990s. The makeup Kate Winslet wore on camera was very similar to what she wore off camera as well. 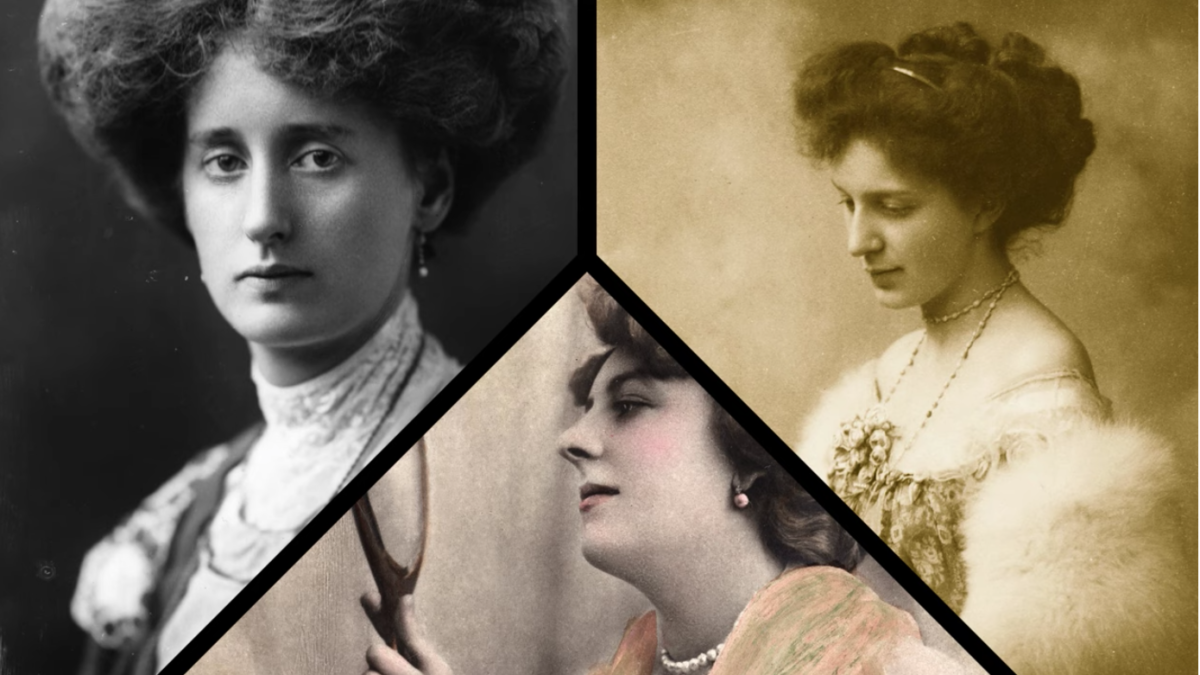 Get more details about the costumes used in the Titanic by watching the video below!