The Preserved Roman Metropolis in Africa

Roman ruins bring tourists from far and wide to marvel at the most advanced cities of the ancient world. These urban areas had paved roads, public toilets, bathhouses, and public amenities like libraries long before any of these features were commonplace. Many of these ancient cities are in Europe, but given that the Roman Empire was so vast, there are some Roman cities around the world that are perhaps lesser known. 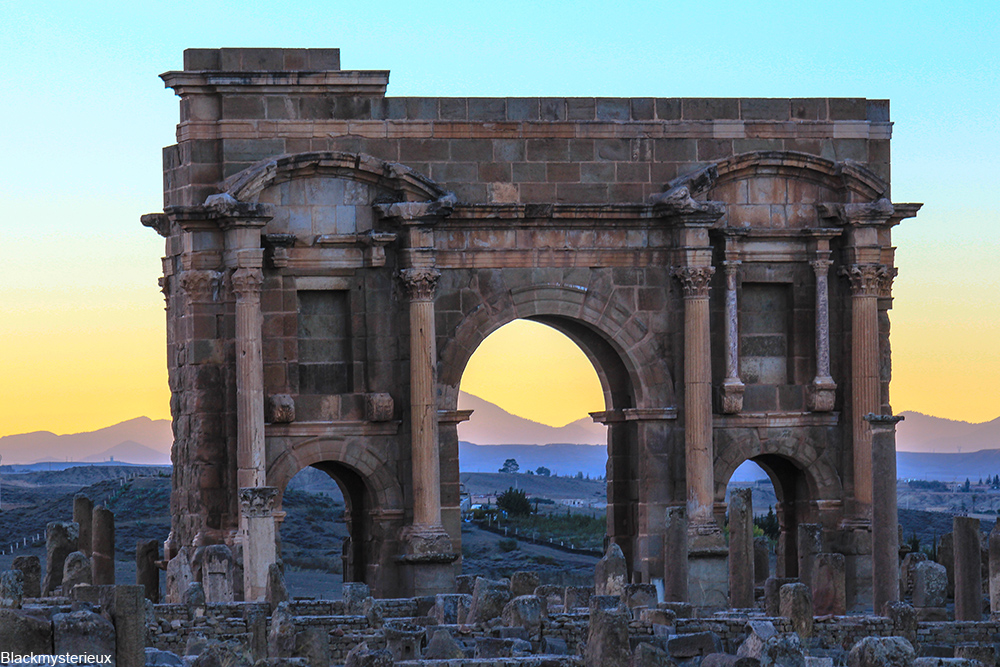 Algeria is home to an astonishingly well-preserved ancient Roman city. The climate of the area has insured that much of the stonework and many of the pillars used to construct the city have largely been maintained, which is pretty amazing considering that nearly 2,000 years have passed since it was first built as a military outpost. 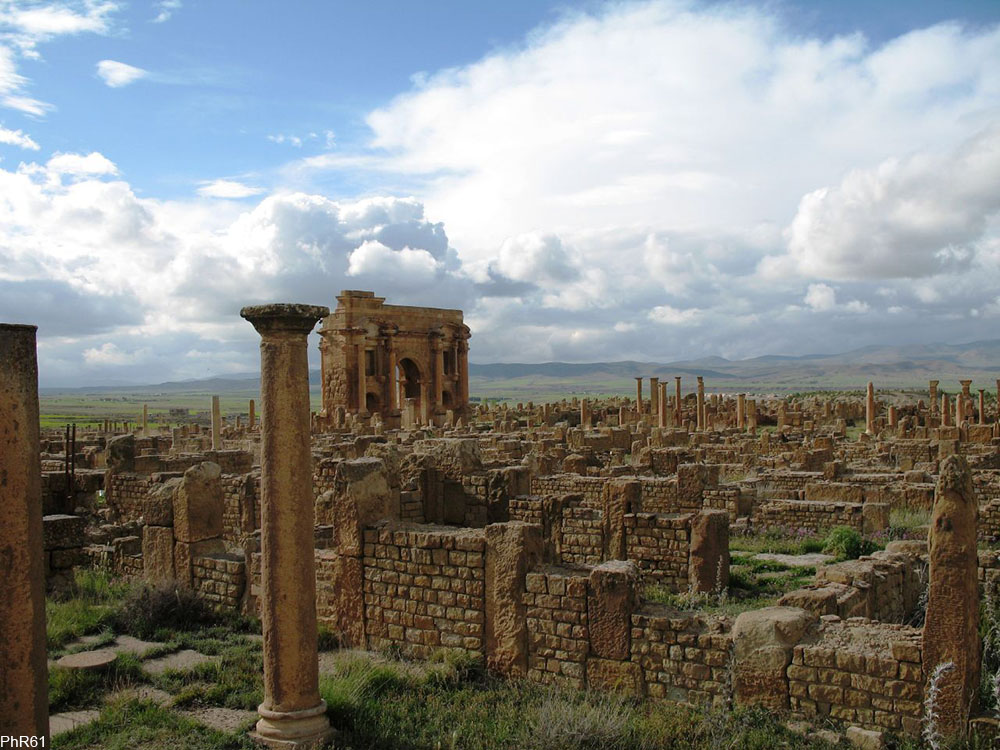 Timgad is the military city that was built during the reign of Emperor Trajan around the 1st century AD. In its heyday the city was home to thousands of soldiers and the people who made such an installation possible.

Located near the Aurès Mountains and bordering the Sahara Desert, Timgad was built on a flat plain which has been so well-preserved because of the cold winters and dry, hot summers. This kind of weather has meant that the structures built by the Romans are largely still intact. 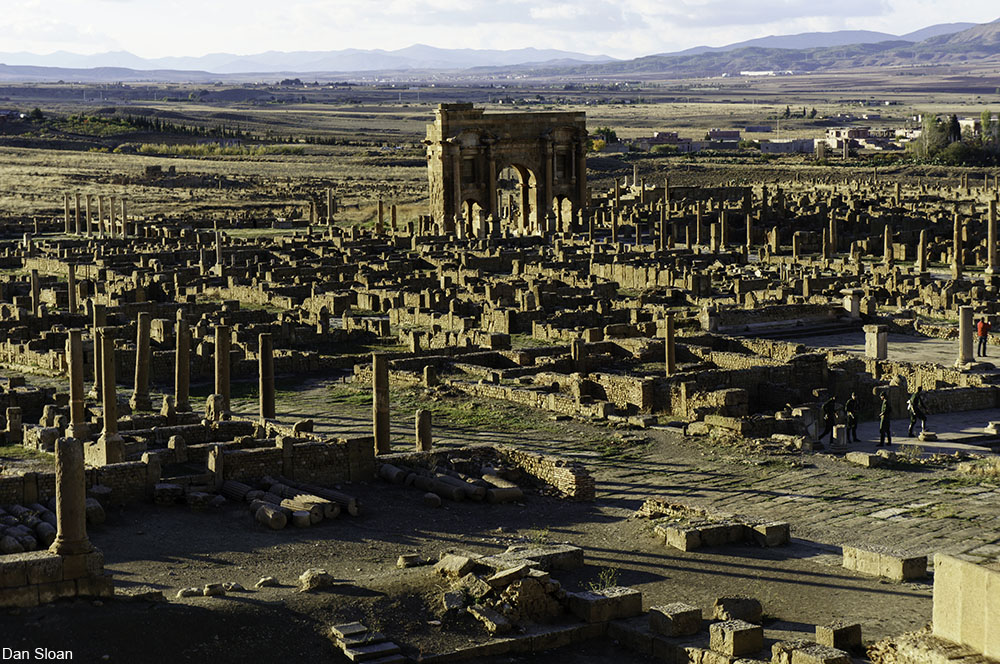 The area has been a UNESCO World Heritage site since 1982, and today you can still see distinct sections of the city. Among the neighborhoods are the baths, the theater, the fort, the market, and the arch dedicated to Trajan. The amphitheater at its peak held a whopping 3,500 spectators.

Timgad was built ex nihilo, that is, “out of nothing” which means there was not a city on this site at the time the Romans first broke ground.

One of the things which makes this city so special is that you can clearly see the grid layout of the metropolis, thanks to how much of the city still stands. Timgad remains one of the best examples of Roman grid construction to date, as many others have not survived the test of time. The original city was built as a perfect square. 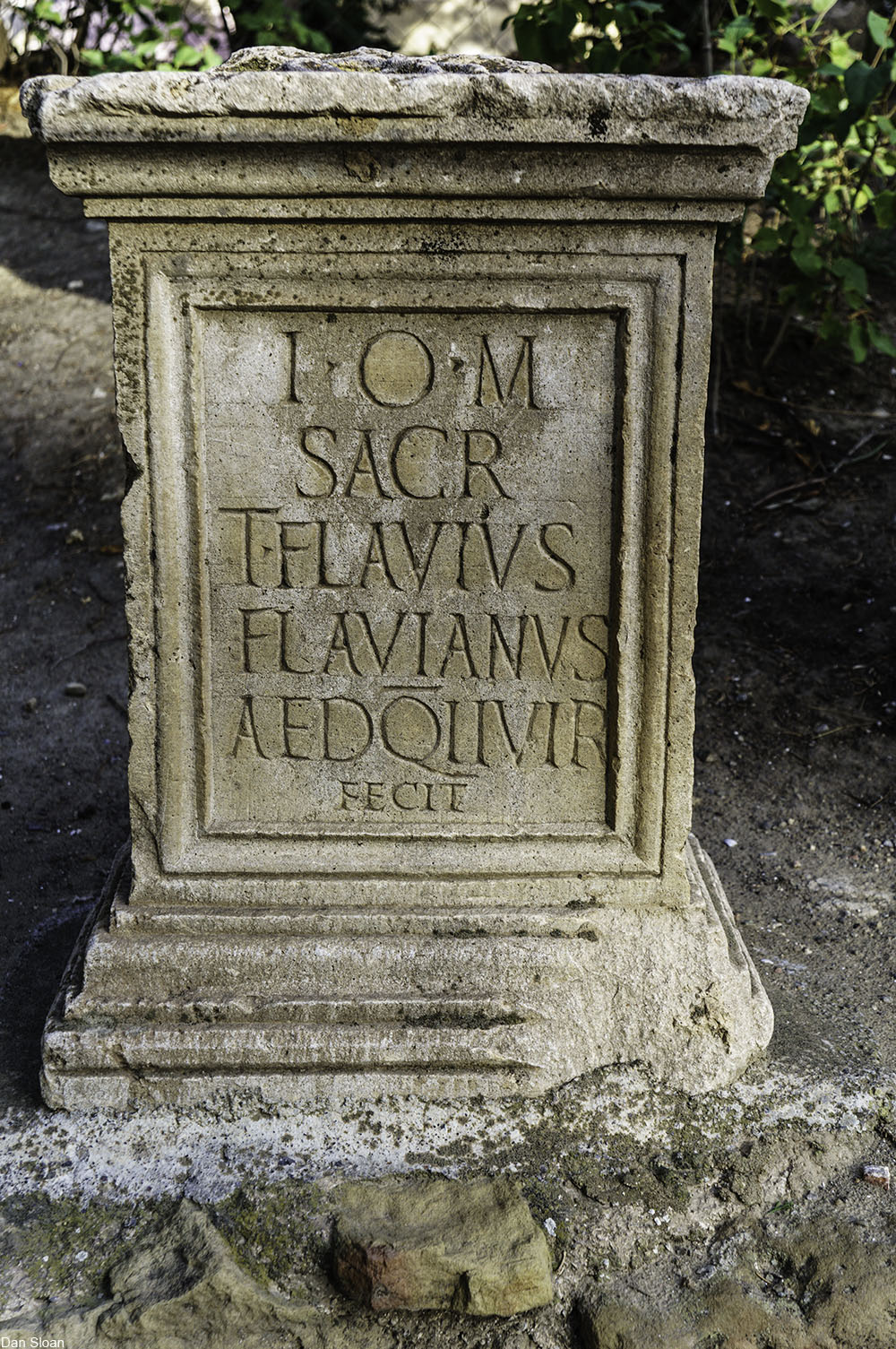 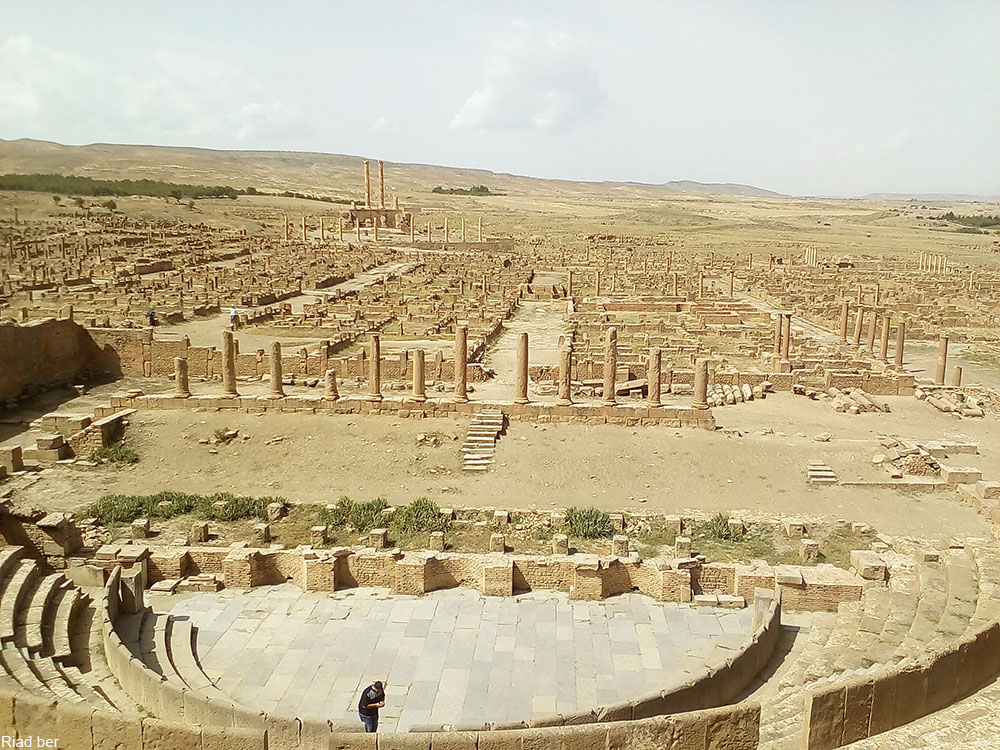 The original purpose of Timgad was to defend against the Berbers and would have at first been populated by Roman veterans who knew how to fight. As time went on the city became more civilian in nature.

Timgad was expanded in the 2nd and 3rd centuries, only to be partially destroyed in 430 with the Vandal invasion. Parts of the city were rebuilt, but by the 8th century the city was no longer in use.

In the golden age of the city, it featured streets paved with stone, 14 bathhouses, and stunning mosaics to make up for the lack of quarried marble in the region at the time. During the Byzantine era, the city was expanded beyond the initial boundaries, and a wall was added around the area for protection.

The site first discovered buried under sand in the 19th century. Further excavations in the 20th century led to the city that is visible today. 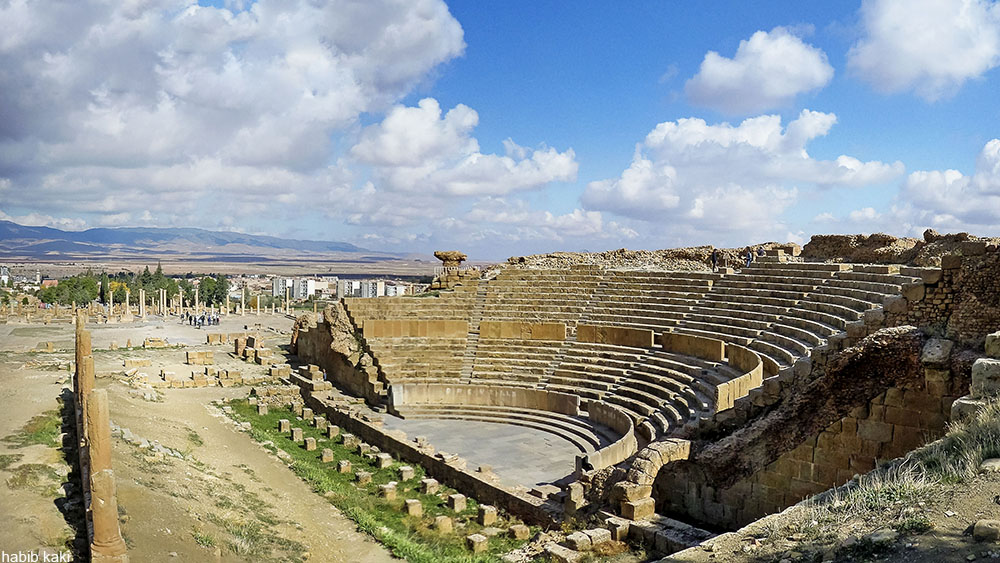 The amphitheater. Via/ Wiki Commons 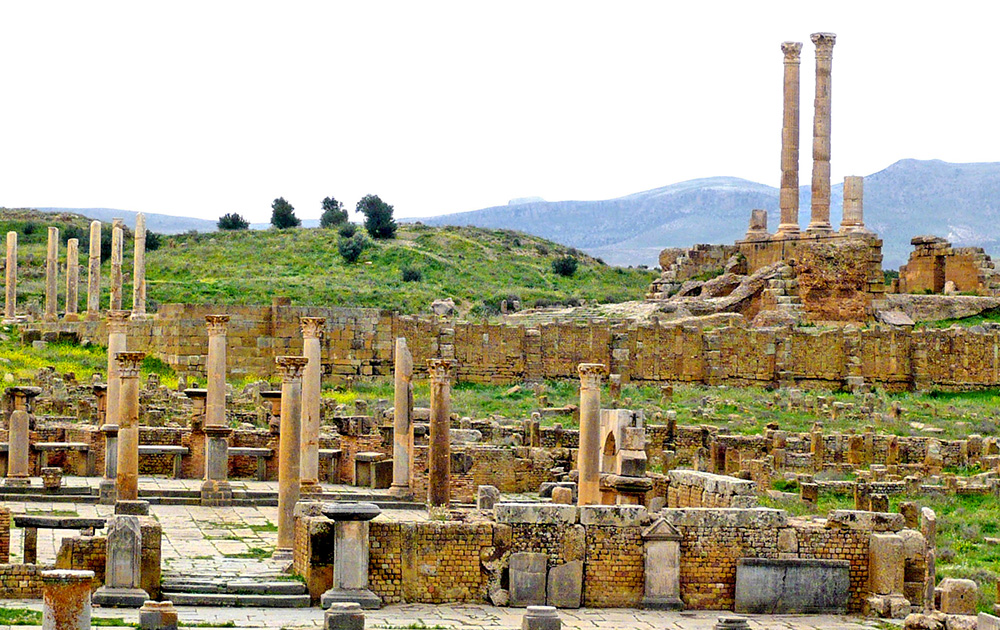 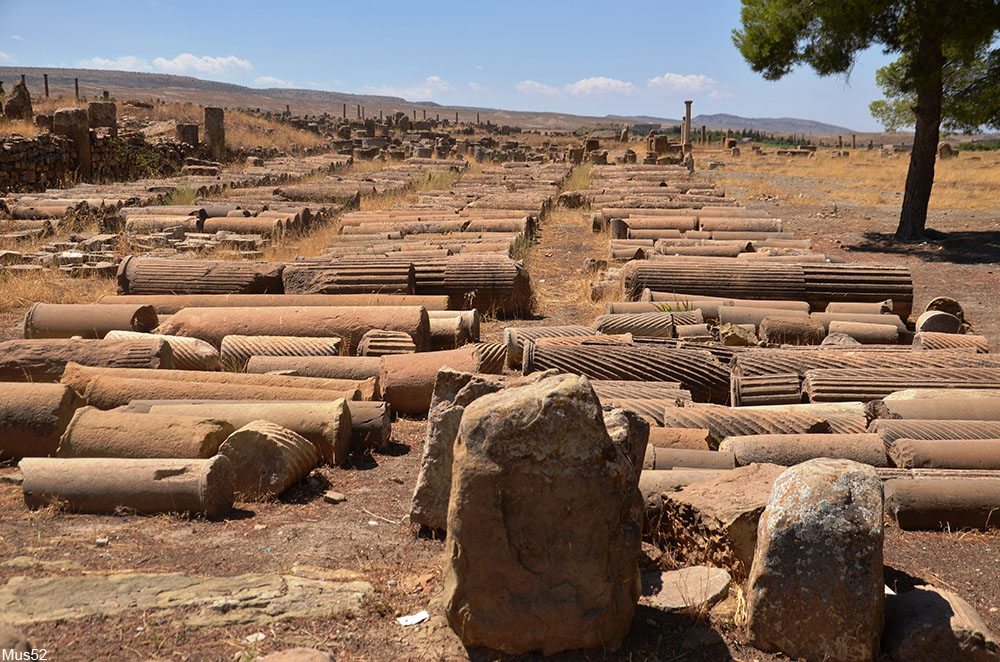 Despite the fact that Timgad is so well-preserved, the city is still considered in ruins. Against the flat plains, the pillars and stone structures with no roofs make a picturesque scene, one that reminds us of just how different the world of the ancient Romans was.