There’s More Than One Way To Burpee 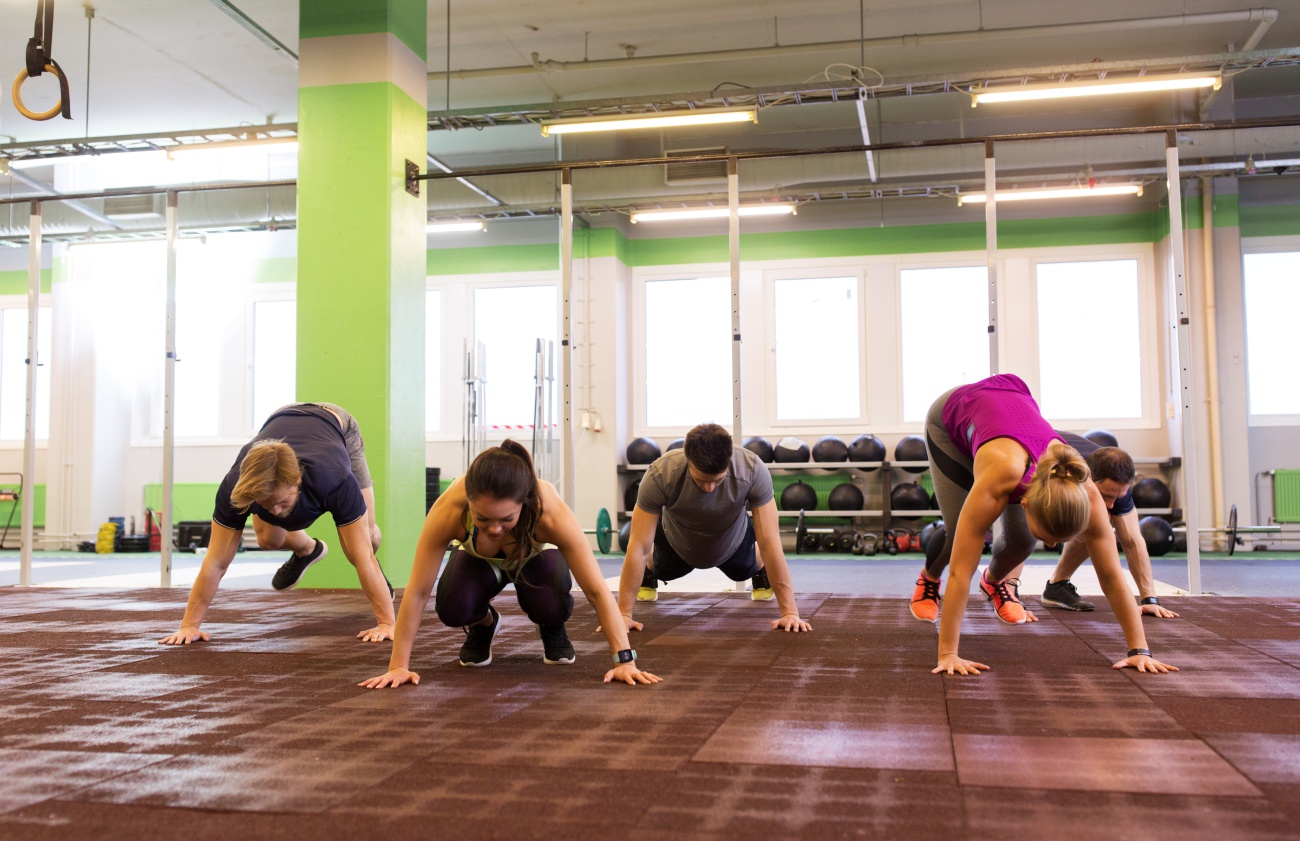 Anyone familiar with the exercise will likely groan at the mere mention of the word “burpee” but will immediately drop to the floor and begin a series of movements that were designed to test physical fitness, build strength and endurance. Regardless of speed or number of reps, the burpee is without a doubt one of the best total-body movements; and the best part is that it’s equipment free. All you need is a little mental stamina to get you through.

Burpees are a great exercise with a super fun name. The burpee was invented by a man named Royal H. Burpee, a candidate for a doctorate in physiology at Columbia University in the late 1930s, who developed this series of movements as a fitness test. Modern times have modified the original four-movement series into six, and turned it into more than just a basic test of fitness; the burpee has become a benchmark in the cross-training world.

We love that burpees are accessible and variable, so there’s no reason to not give this movement a try. The Royal H. Burpee had four main steps:

These four core movements still remain, but modern twist on the burpee adds two new movements: a push up and a vertical jump.

The burpee targets your legs, arms, back, and core, while also adding an element of cardio; once you start to develop your rhythm this can become quite the cardiovascular challenge. The burpee benchmark is anywhere between 30 and 100 per session. You can do these in any combination of sets to get to your desired number of burpees.

Check out our video demo of five different burpee variations to help you get started on your burpee journey. Start slow, because form really is important here, not only to prevent injury but to maximize the benefit of the exercise. Burpee challenges are a great way to build up your strength and endurance. Start with 30 burpees (you can break these down into smaller sets of 5 or 10) and slowly work your way up to 100. You’ll be amazed by the results!

Always remember to consult with your healthcare provider before starting any diet or exercise program.