The World’s 10 Most Dangerous Airlines

Last year was a record year for air safety, per industry research, which noted the absence of a single commercial plane crash anywhere in the world. Helicopters and private, cargo or military planes were left out of the equation, but the numbers still sing considering the record number of flights criss-crossing the skies. But even while flying — already statistically the safest means of travel — grows even safer, plenty of serious accidents still happen mid-air. This includes a September 2017 engine failure that forced the emergency landing of a Air France A380 jumbo, and an American Airlines flight struck by such severe turbulence that 10 people were injured. 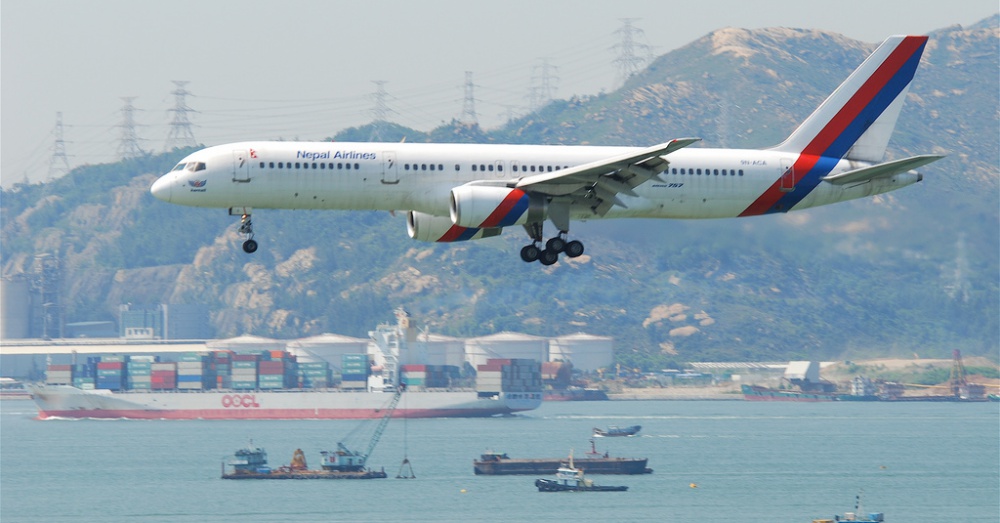 In some high-growth regions, including Asia, there’s a significant demand for air travel, but a shortage of qualified pilots; in others, outdated technology, lax oversight and inclement weather make safe take-offs and landings a matter of luck. Fortunately, a growing body of aviation watchdogs, including Australia’s AirlineRatings.com, England’s SKYTRAX and Germany’s JACDEC, are keeping close tabs on which carriers are complying with international audits and standards. Rankings vary somewhat between aggregators, but that’s where we come into play. Read on for our take on the world’s most dangerous carriers, each of which boasts a safety record so spotty you might think twice before boarding the plane. 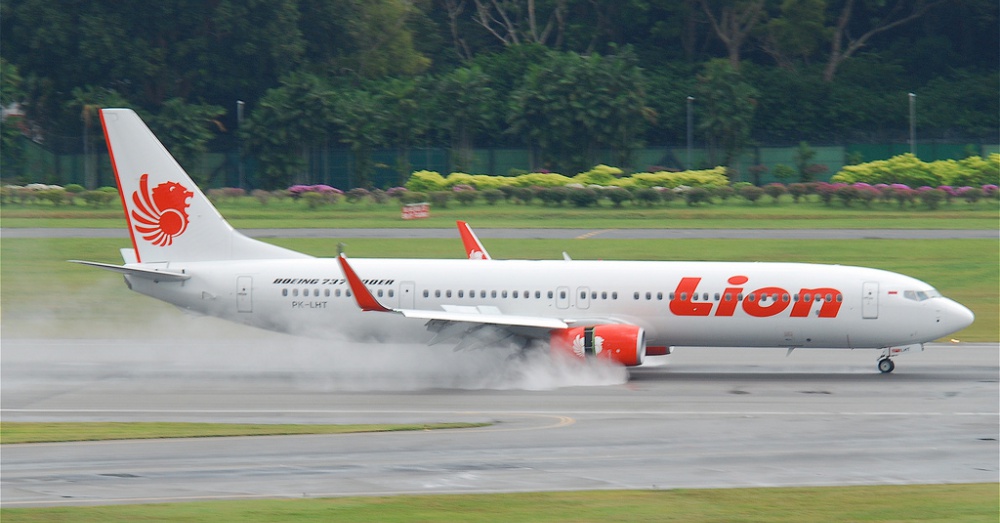 Airline unsafety rankings used to include an outsized proportion of Indonesian carriers, so much so that, until recently, most were banned from landing in the EU or United States. That’s changed of late, owing to growing adherence to international standards, though some passengers understandably retain a healthy sense of skepticism. Much of the worry stems from several incidents of Indonesian pilots flying high on drugs, including a 2013 incident when a Lion Air pilot reportedly mistook the nearby sea for part of the runway. Just last year, after Garuda and other Indonesian carriers were given a green light to fly in international air space, a different Lion Air captain was found with meth in his system.

Which airline might have a problem with pilot inebriation? 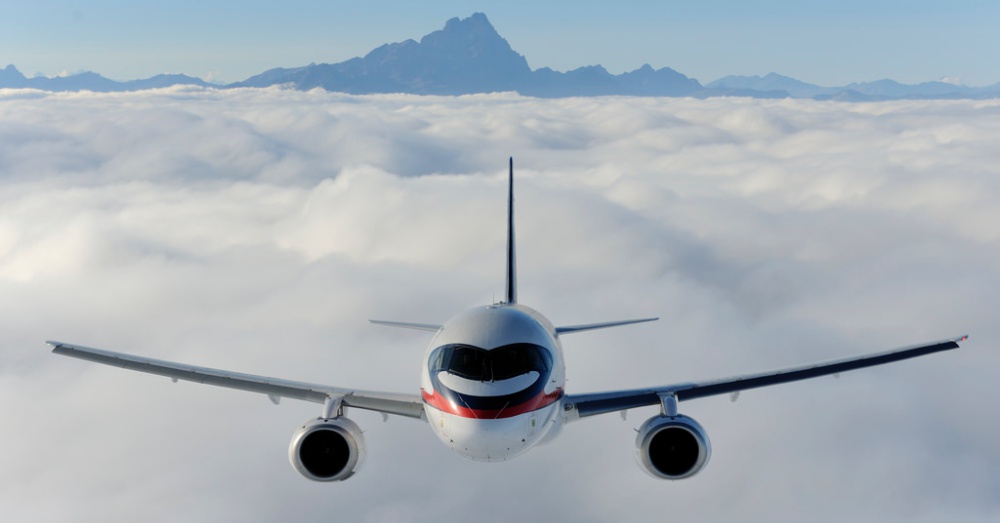 Aeroflot is bogged down by more fatalities than any other airline, though such numbers stem from decades of criss-crossing the USSR as the Soviet Union’s only carrier. The post-Cold War insertion of modern carriers has dramatically improved safety standards, though this vodka-swilling nation has had several incidents involving pilot intoxication. In 2008, 88 passengers and crew died in a crash over the Siberian city of Perm, an accident later attributed to the captain’s elevated levels of blood alcohol. This kicked off a national conversation about drinking in the cockpit, though just two years later the carrier allegedly responded to a different drunk-flying incident by declaring that pilots’ sobriety didn’t really matter.

Which mainstream carrier does a former Obama pilot always avoid? 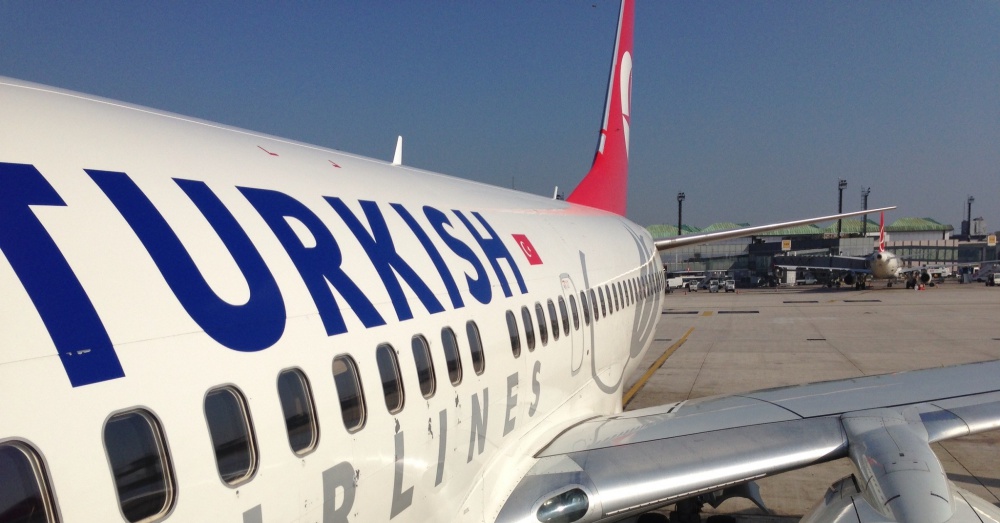 In 2015, a former Obama pilot spoke to the New York Daily News about airlines whose horrific safety records consistently led him to choose different airlines. These no-gos included Turkish Air, the country’s national carrier, which has managed to rack up 10 crashes or serious in-flight incidents in just over two decades. The worst was a 2009 crash involving two pilots who, deep in conversation, managed to botch a rather straightforward landing, killing 9 people. Since then, Turkish Airlines hasn’t had any major incidents, though this pilot attributes such shifting fortunes to luck more than anything else.

Which Himalayan carrier is banned from EU air space? 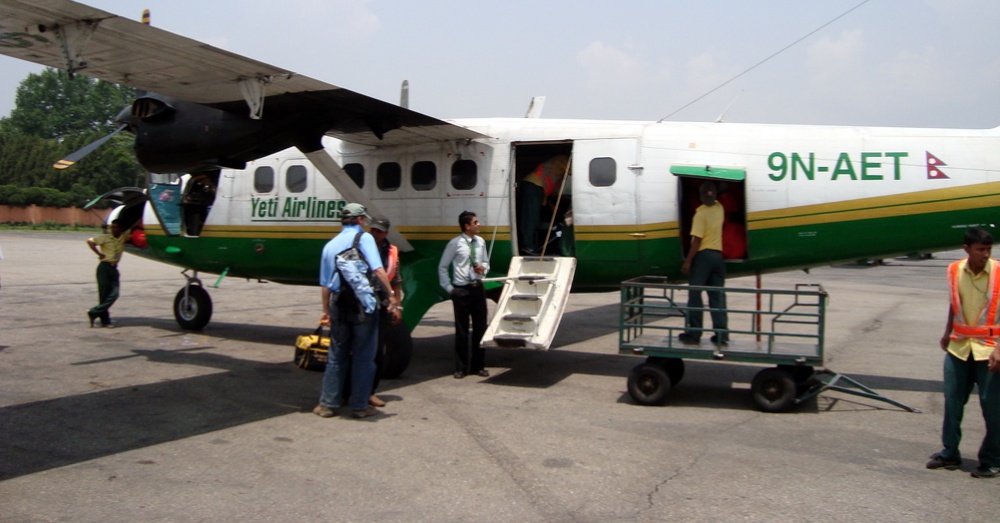 Outdated airplanes, lax regulation and inclement weather contributes to the ever-present danger of flying in Nepal. Local carriers argue this is like comparing apples to oranges — after all, other airlines don’t have to navigate Himalayan terrain – but Nepal’s 17 carriers are still collectively barred from EU airspace. Meanwhile, travelers here face a serious dilemma. The country’s counted 27 fatal crashes in the past three decades, 20 of which have occurred in the past decades, but 40 percent of Nepal’s mountaintop road trips also end in disaster. For this reason, many visitors still cross their fingers and fly, despite Nepali carriers including Yeti Airlines, Nepal Airlines, Tara Air, and Buddha Air each scoring a single star on AirlineRatings.com. 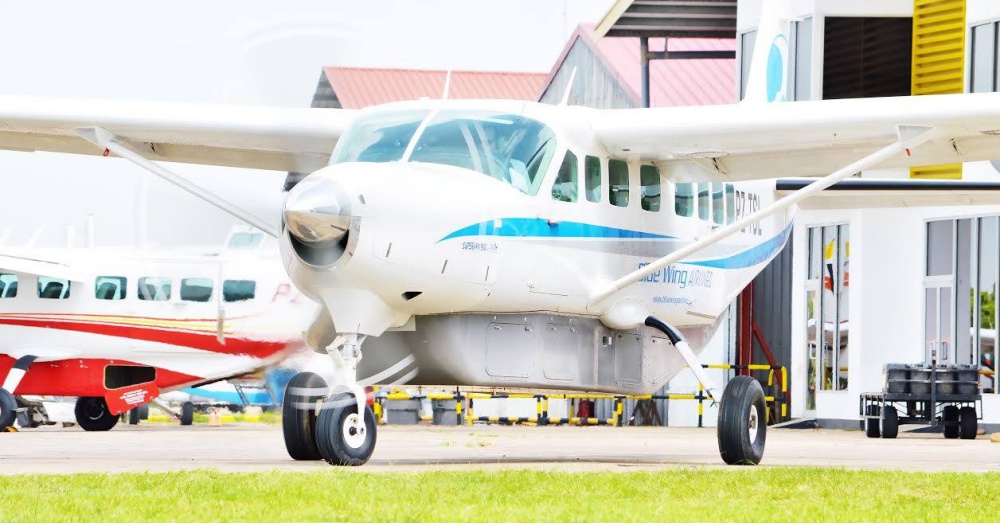 Founded in 2002, this tiny Surname-based carrier focuses on shuttling cargo and people between South America and the Caribbean, mainly because it’s not allowed into European airspace. Though initially banned for flaunting of general safety procedures, the company was briefly reinstated in 2007 upon adopting new safety measures. Unfortunately, this status was revoked only three years later following three serious air crashes, with a total of 25 fatalities. Today the airline boasts just a single star on airlinerankings.com. 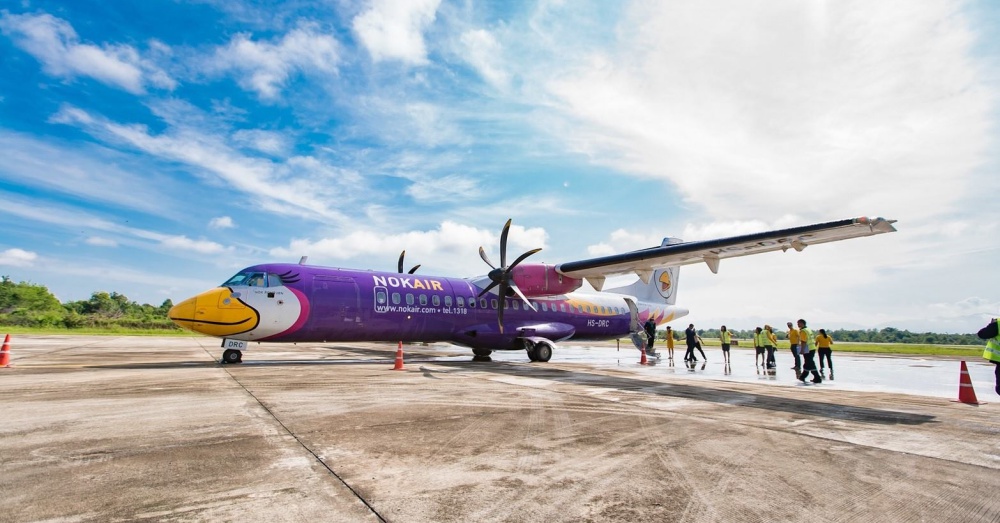 Have you ever wondered why there aren’t more U.S. direct flights to Thailand, despite the country’s reputation as an international travel hotspot? (Hint: it has something to do with the country’s renown for subpar aviation). With the exception of Thai Airways, which was barred from adding international routes upon receiving a safety-related red flag, the bulk of the Thailand’s carriers received only 3 stars from AirlineRatings.com. Nok Air, which remains plagued by a struggle to find qualified pilots, and AirAsia Thailand didn’t even clear this bar; the Australian flight ranking website awarded them both 2 stars.

Which South Pacific carrier’s deadly record has led to change its name twice? 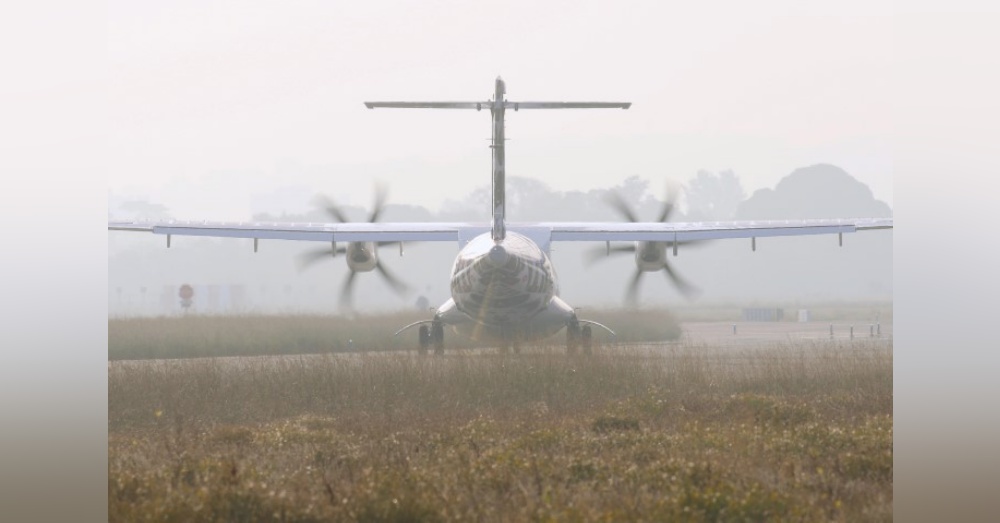 Residents of Papau New Guinea may live on a beautiful South Pacific island but, unfortunately, getting around means assuming more than a usual amount of risk. Once known as Milne Bar Air, then Airlines PNG, the island’s primary carrier is no stranger to flight accidents, though it’s at least making efforts to learn from past mistakes. The most recent crash occurred in 2011, killing 28 people, when the pilots accidentally put the plane’s propeller engine into reverse to decrease landing speed, causing it burst into flames. Once again rebranded — this time as PNG Air — management – and certainly, passengers – are hoping that a modified fleet and new planes can reduce the carrier’s current level of danger.

Which airline has been struck by rockets three times? 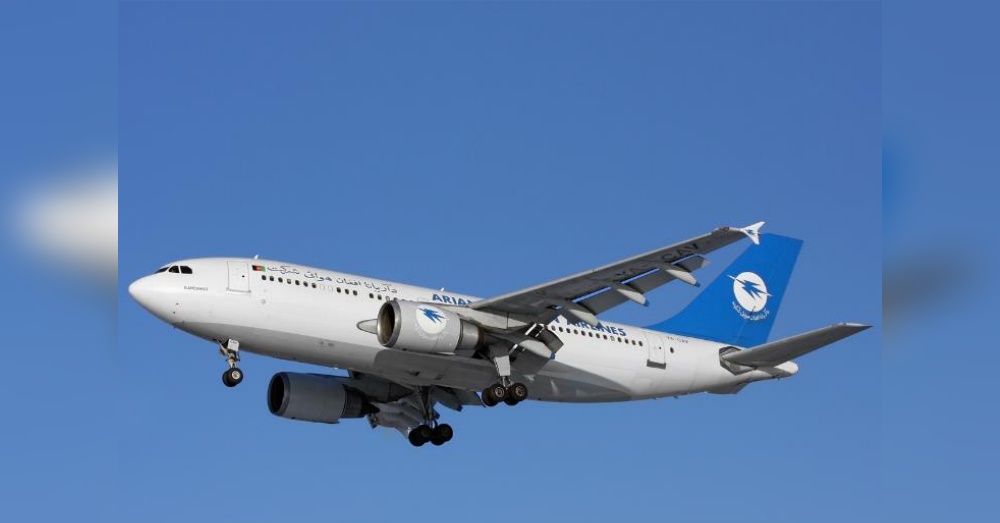 This Kabul-based carrier doesn’t have a great safety record, though to be fair, three of the airline’s 13 most serious incidents included parked planes being struck down in American or Pakistani rockets. When the Taliban ruled Kabul in the late ’90s, the state airline basically served as Osama bin Laden’s personal carrier, ferrying militants, opium and other cargo around the region. Now that the Taliban is gone, Ariana has managed to clean up its image somewhat, though the carrier is still barred from flying in EU airspace, along with four other Afghan carriers. Recent years have seen India become an aviation mentor of sorts, with the larger country sending in extra airplanes, pilots and training.

Which airline is notorious for its lax security? 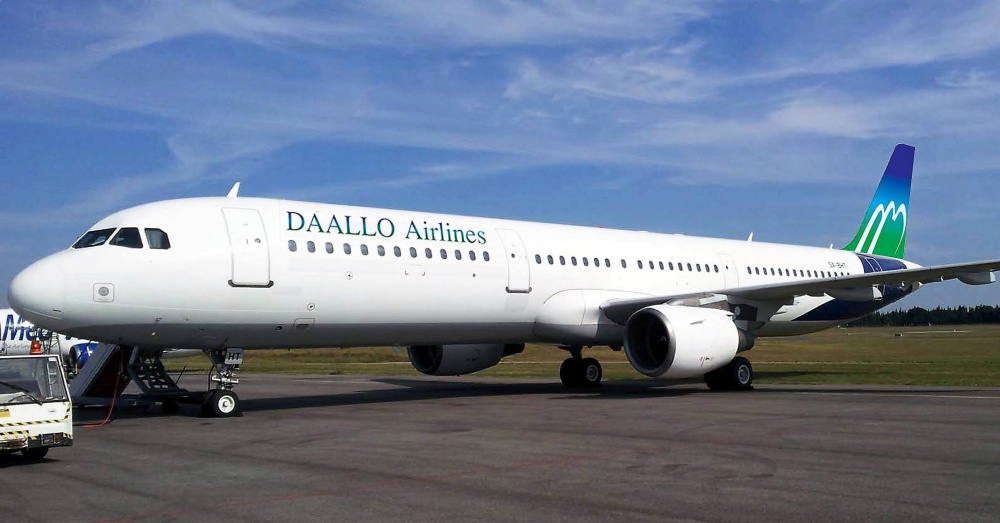 Founded in 1991, this Dubai-based Somali carrier has only lost a single person in 20-plus years of operation, though that doesn’t mean it’s necessarily safe. In that particular case, a passenger managed to smuggle a bomb on board inside of his laptop, although – because the detonation occurred before the flight reached cruising altitude — the explosive only created a hole in the fuselage that sucked the bomber outside of the plane. This, as well as other bombing and hijacking attempts, have led to serious questions regarding Daallo’s security modus operandi, while the company itself dodges independent inquiries and audits. The liner is currently barred from flying in EU airspace, a status that doesn’t appear to be changing anytime soon. 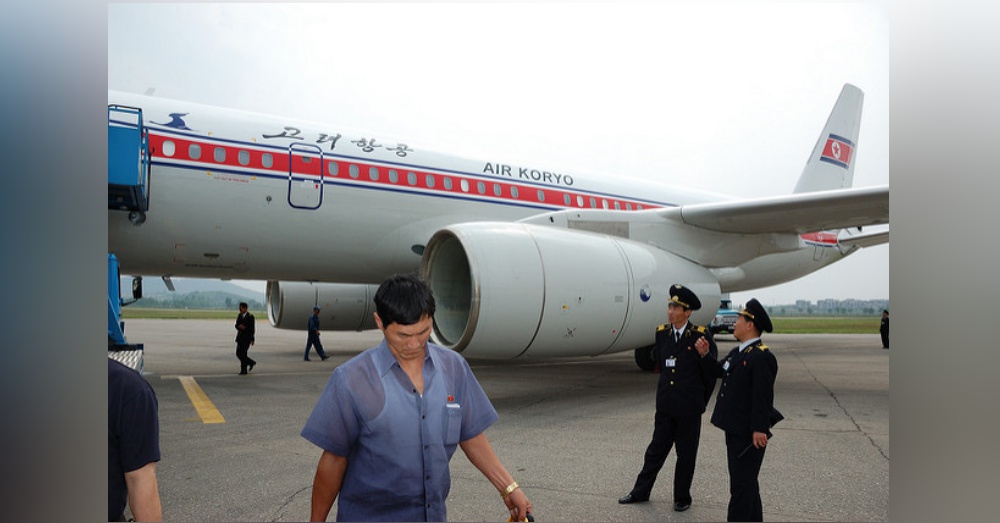 Nobody outside the Hermit Kingdom will be surprised to learn that North Korea owns the world’s worst airline. According to Skytrax, Air Koryo was the only one of 681 carriers to maintain a 1-star ranking for four years running. The aging Soviet planes are in such bad shape that Kim Jung Un actually had to take an Air China flight to the U.S. presidential summit in Singapore! With the exception of the newer Tu-204, Air Koryo flights are prohibited from entering European airspace, though this is a moot point considering that nobody’s sure this creaking Cold War fleet could make it past Vladivostok, the nearest Russian city.