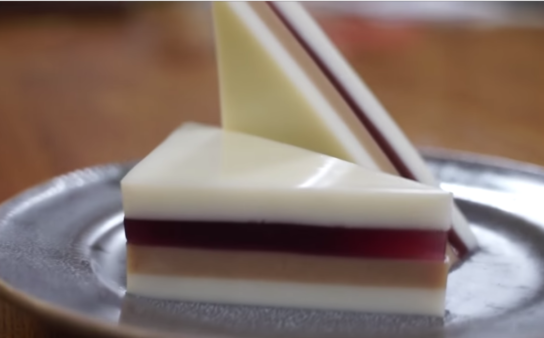 Isn’t this amazing? Okay, so it’s not a “sandwich” in the traditional sense, but really, what’s in a sandwich that by any other name it would taste as… peanut butter and jelly-y? Actually, this topic has come up more times than you might think around my house. Is a hot dog a sandwich? What about a taco? But I digress. Today is about a magical layered jelly dessert! Let’s see how it’s made and what it tastes like. 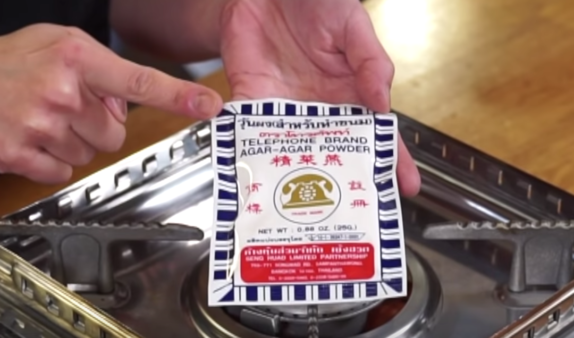 The key to this recipe is using agar-agar. What is Agar, you ask? It’s a gelatin of sorts that’s found in a lot of similar desserts in Thailand and Southeast Asia. It’s different than gelatin you can find here in America, which lends itself to creating the nice, smooth texture that holds together surprisingly well. Agar is made up of red seaweed, as well as other thickeners, but don’t let that deter you! This dessert has plenty of sugar as well as a peanut butter and jelly taste you’re sure to love. 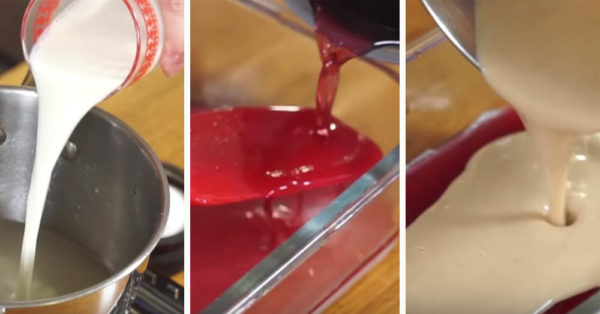 While this dessert may look time-consuming and almost impossible to pull off, it’s essentially just making Jell-O in layers. First, there’s a sweet milk layer that makes up the “bread” of the sandwich. Then, a jelly layer where you add in real jelly. Next, a peanut butter layer made with real peanut butter and a splash of half and half. Finally, another milk layer to finish everything off. 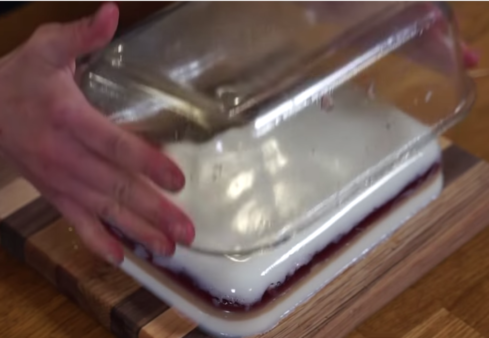 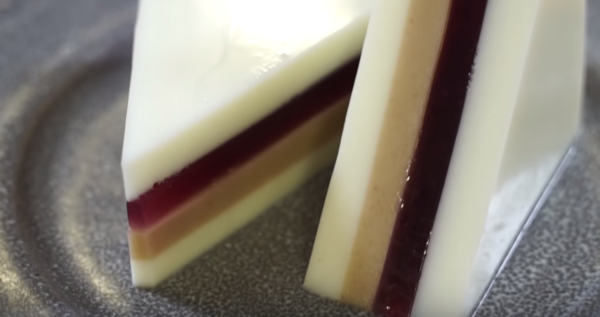 The key to this awesome presentation is to let the layers cool and harden just enough to hold the next layer of jelly, but not too much that the layers won’t stick together. Basically, you want the top of the layer to be firm, but still warm to the touch. This way, the layers melt into each other while still maintaining their separate colors and flavors.

Go ahead and watch the video below to get the recipe and to see a real taste-test.