The History Of The Illuminati

There is much speculation about the Illuminati. Everything from conspiracy theories to cover-ups, and even trying to figure out if certain celebrities are a part of the infamous group. Over the years, the Illuminati has morphed into a legend of sorts. It can be hard to separate fact from fiction, so we’re presenting you the very real history of the Order of the Illuminati. As for the rest? Well, that’s up to you to decide… 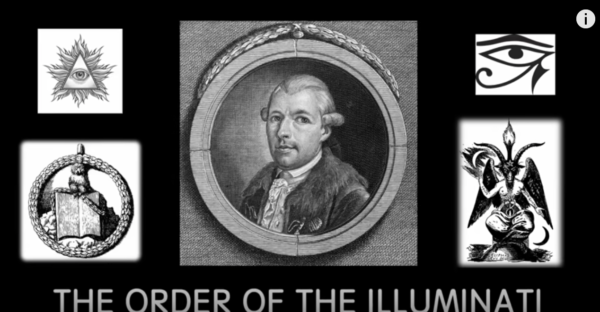 In 1776, in Bavaria, Germany, Professor Adam Weishaupt was intrigued by emerging French philosophy concerning secularism and rational thought. He wanted to form an organization that protected those beliefs. Weishaupt considered joining the Freemasons, but… he couldn’t afford the membership fee. So, he formed his own society, which took an anti-religious stance. The goals of the Illuminati were self-knowledge, self-improvement, social reform, and free thought. Religious leaders of the time considered groups like this a threat, so in the late 1780s, the Illuminati was stopped. In fact, all recruitment into secret societies became illegal. Weishaupt didn’t give up, however, moving the Order of the Illuminati from Germany to France. The group faded into obscurity after a few years. Most people believe this was the end of the Illuminati. There are some, however, who have ideas of their own…

The Journey To Conspiracy 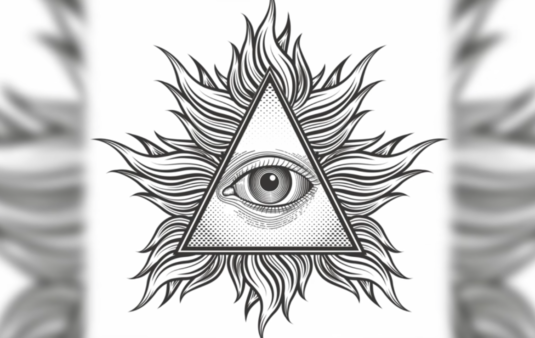 Though there is no proof that the Illuminati survived beyond the mid 1800s, the secret society became a scare tactic of sorts in the 1920s, when Fascists insisted the group was made up of Jews who controlled the banks and therefore held all of the power. Then, in the late 1940s, after WWII, certain anti-communist groups believed the Illuminati was made up of communists. Most recently, people believe the Illuminati are behind The New World Order. 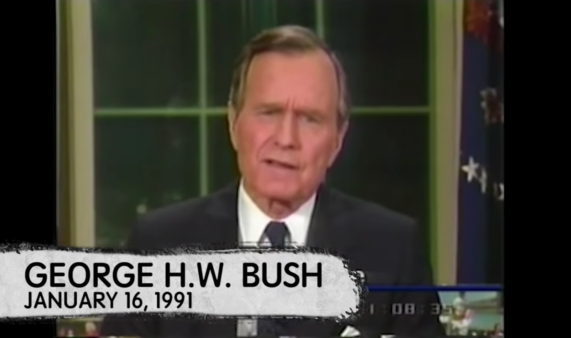 Chances are, you’ve heard of the New World Order. This is the belief that certain forces or groups are working together to form a global, totalitarian government. This may seem far-fetched, but a national poll by Public Policy Polling showed that almost 30% of people in America believe in the existence of New World Order. In fact, a lot of believers in the New World Order refer back to a clip from a speech that George H.W. Bush gave in 1991, where he said, “We have the opportunity to forge, for ourselves and for future generations, a new world order. A world with the rule of law, not the rule of the jungle, governs the conduct of nations when we are successful, and we will be.” 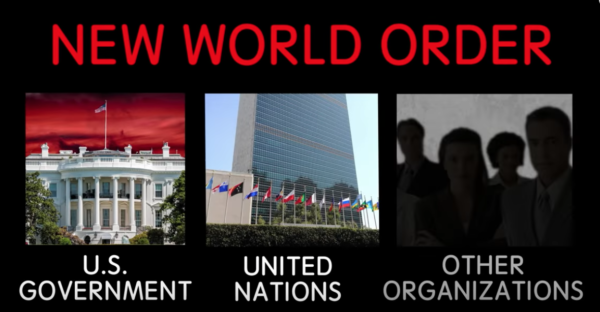 Mark has an online following, all who believe the New World Order is made up of the US government, the Illuminati, the Freemasons, as well as other groups. He and his followers maintain that these groups have a global agenda. They even go so far as to say eventually the New World Order will take Americans’ rights, form an all-powerful government, and put non-Illuminati members in camps run by F.E.M.A. 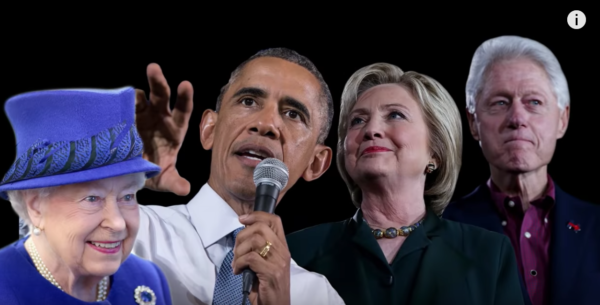 David has an outlandish theory about the Illuminati and the New World Order. It’s also the most believed. David says that great world leaders and social influencers like Queen Elizabeth, Barack Obama, and the Clintons are actually shape-shifting lizards. Yes, you read that right. David Icke has written twenty books, lectured in over 20 countries, and produced dozens of DVDs all surrounding his philosophies and beliefs about the lizard people. The 2013 Public Policy Poll revealed that an astonishing 4% of Americans believe that lizard people control our societies. 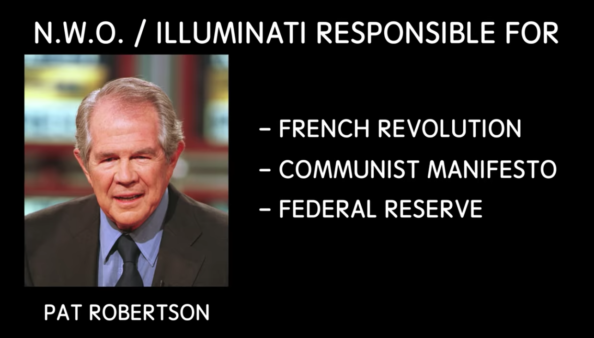 A well-known conservative Christian, Pat Robertson, wrote a book about the Illuminati and the New World Order. He believes that both are involved with the antichrist, and are signs of the end times. Robertson believes that the Illuminati are responsible for the French revolution, the communist manifesto, and the federal reserve. He claims that these actions are all in service of “a New World Order under the domination of Lucifer.” 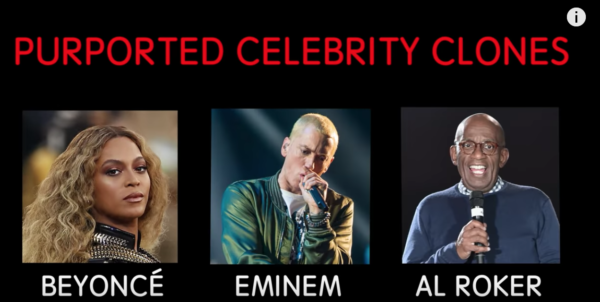 Celebrities Supposedly In The Illuminati:

Whether or not people believe in the above theories, a popular trend is to pick out celebrities that could be involved in the Illuminati. Some popular celebs include Beyoncé, Kanye West, Eminem, Al Roker, Katie Perry, and Jay Z, to name a few. Those who believe these celebrities are in the Illuminati look for symbols such as triangles and eyes, both of which are signs of the Illuminati. Some people do this just for fun, while others are more series. Some people believe that these celebrities are actually clones. They point to interviews or shows where the person in question seemed to “glitch” and stare off as if in a trance, or freeze. Far fetched? Maybe. But try telling that to a steadfast believer!

Check out these video clips below of celebrities “glitching.” Proof that they are clones? Probably not. But still fun to speculate!