The Fascinating (and Tiny) World of Gothic Prayer Nuts

The world of miniatures is a complicated one. Dollhouse furniture is the first thing that comes to mind, but there are many other art forms in the genre, from miniature art to salesman models. Each of these serves a different purpose, but there is another kind of miniature which has a very different kind of meaning. The Renaissance era prayer nuts each contain inside them tiny carvings which represent a mind-boggling amount of work. 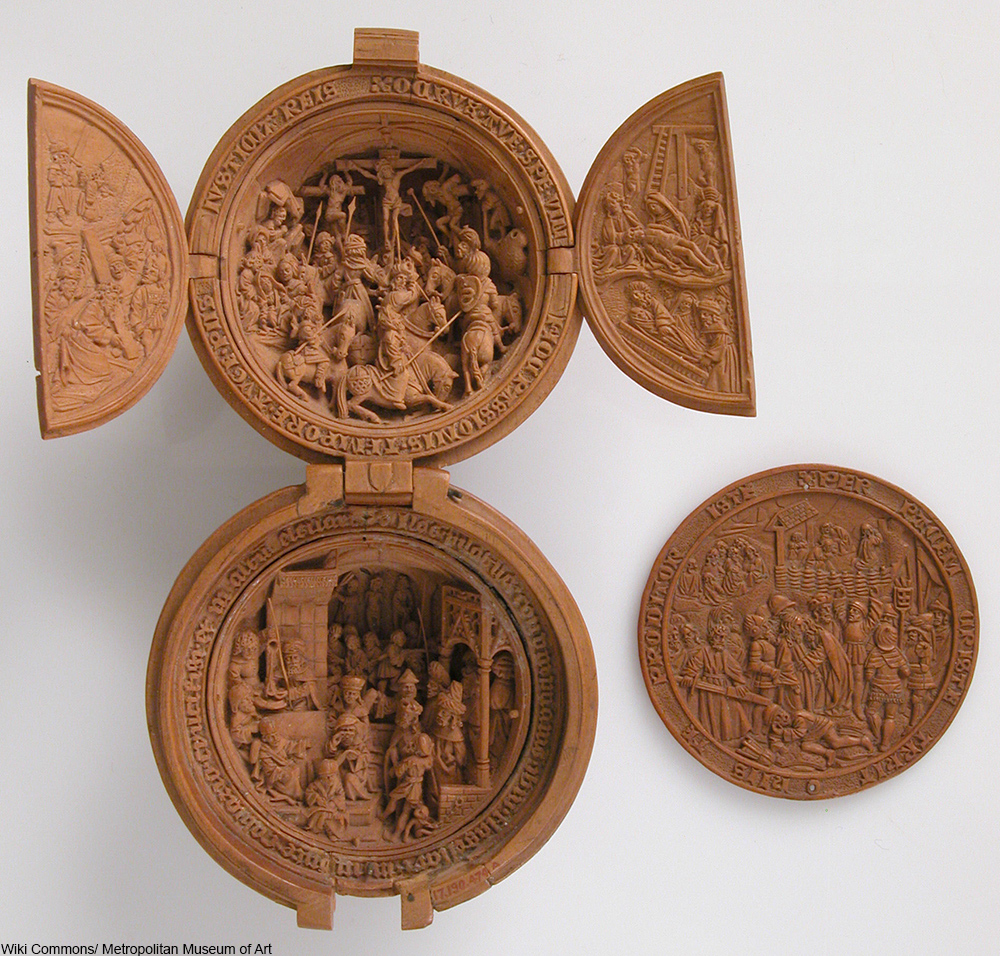 Carved from boxwood and sometimes even ivory, prayer nuts are not actually nuts. They have 2 halves like a locket, but when closed they resemble a walnut or macadamia nut in the shell, hence the name. Each half of the prayer nut is carved in exquisite detail intended to be an act of devotion, as well as inspiring the viewer to thoughts of divine praise. 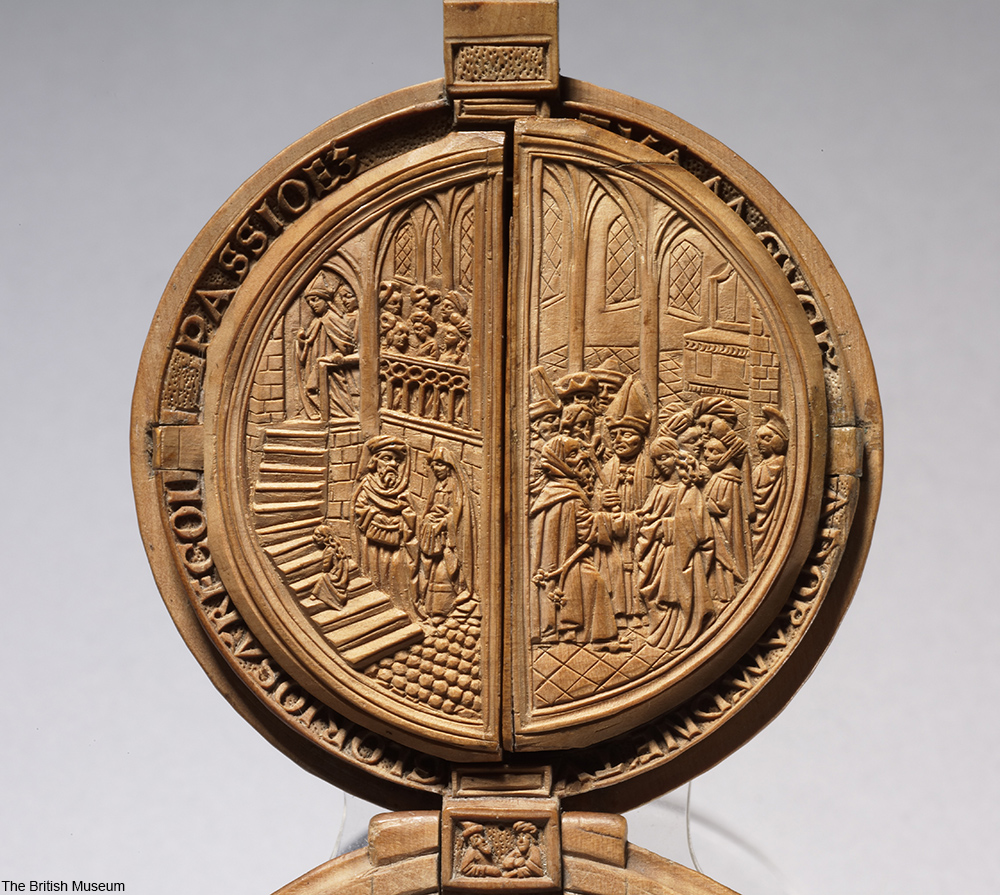 Via/ The British Museum

These relics of another age were created by master craftsmen in the Middle Ages and would have been costly to make. Only the wealthiest would have been able to afford such a thing and they were a rare commodity, then as now.

Prayer nuts originated in the 1500s in Delft, Holland, home of the famous blue and white china that bears the name of the city. The idea was soon copied in other parts of the world, but the tradition remained largely in the 16th century as the church evolved and Protestant sects began to form. 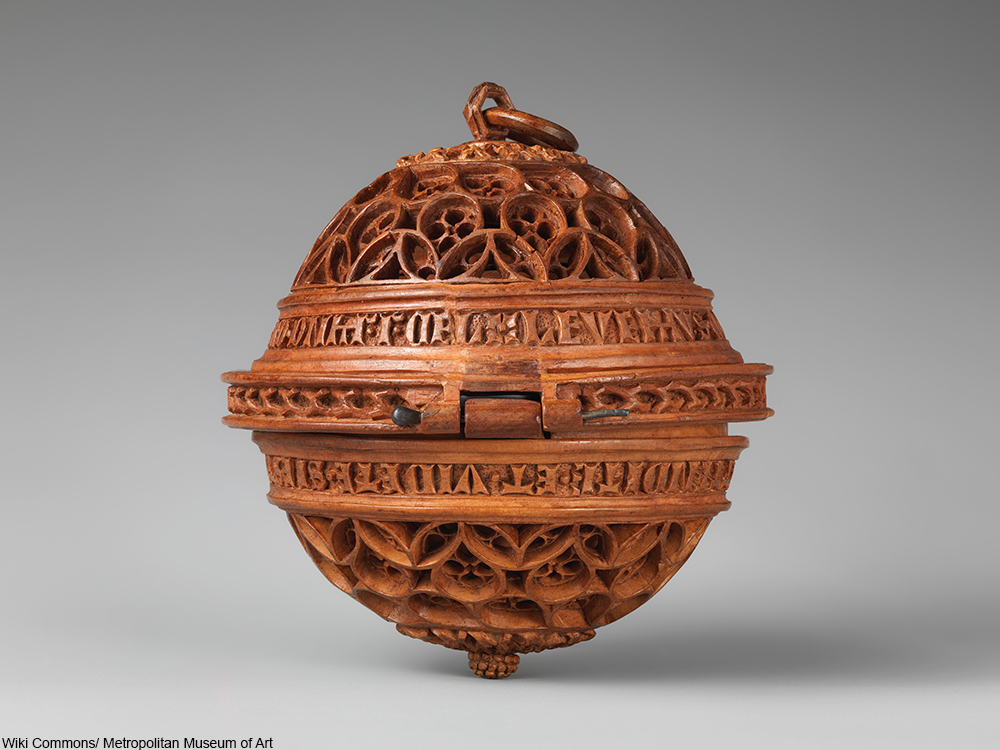 These tiny little carvings were first made from the studio of Adam Dircksz, a Dutch artist working in the 1500s. The most common Christian scene inside was that of the Crucifixion, but other scenes like Jesus carrying the cross or the Resurrection. Other scenes could include Jesus’ birth as well. The idea for these tiny scenes came from the religious scenes painted inside roses that were first illustrated by German Benedictine nuns of the era.

The idea of meditating on the Passion of Jesus, of going into the scene, is common the the Stations of the Cross, the rose illustrations, and to prayer nuts. There is some evidence that these prayer nuts were part of rosaries as many have rings on top and some even have tassels below. Prater nuts were certainly intended to be part of devotions. 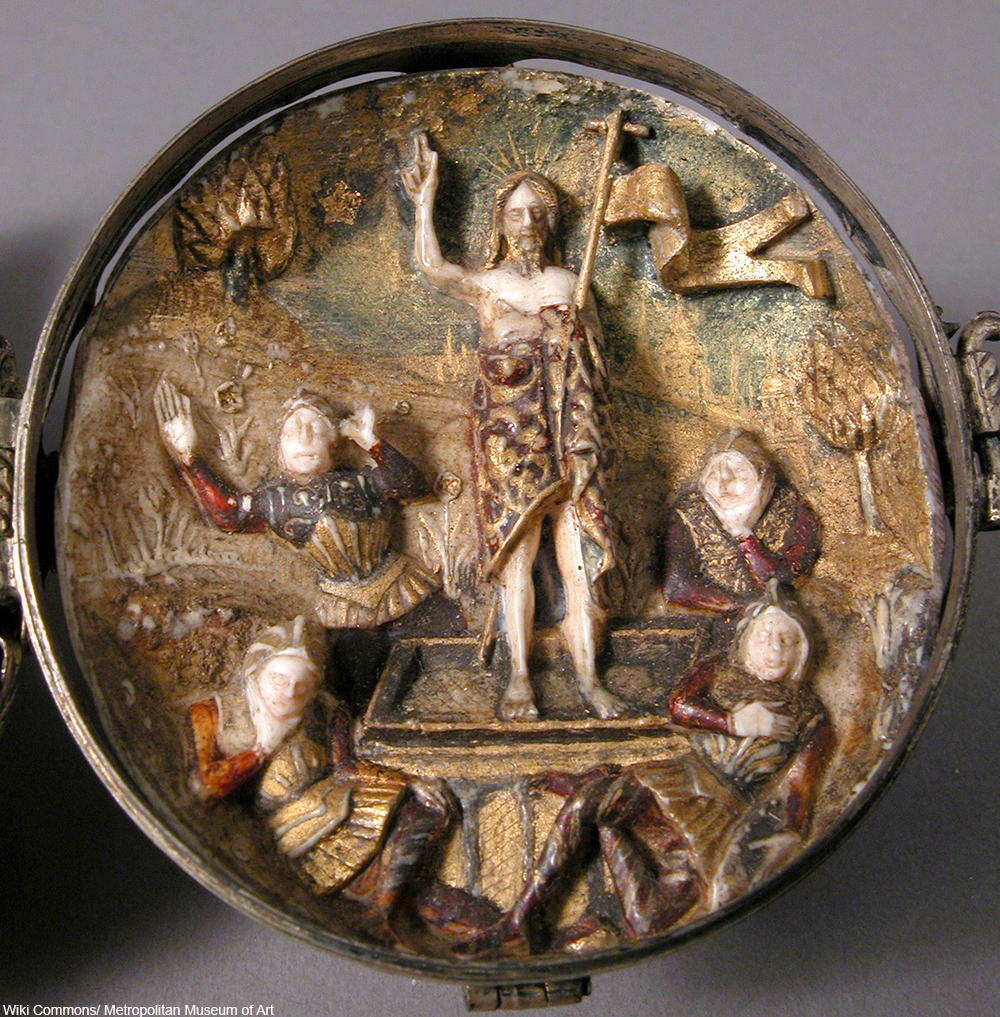 The scenes inside can be left unpainted or they were sometimes painted in great detail. The outside is often as ornately carved as the inside, usually in geometric patterns. The hinge and clasp can be made of metal, sometimes with metal or other reinforcements and the whole thing closes up into a neat little package. 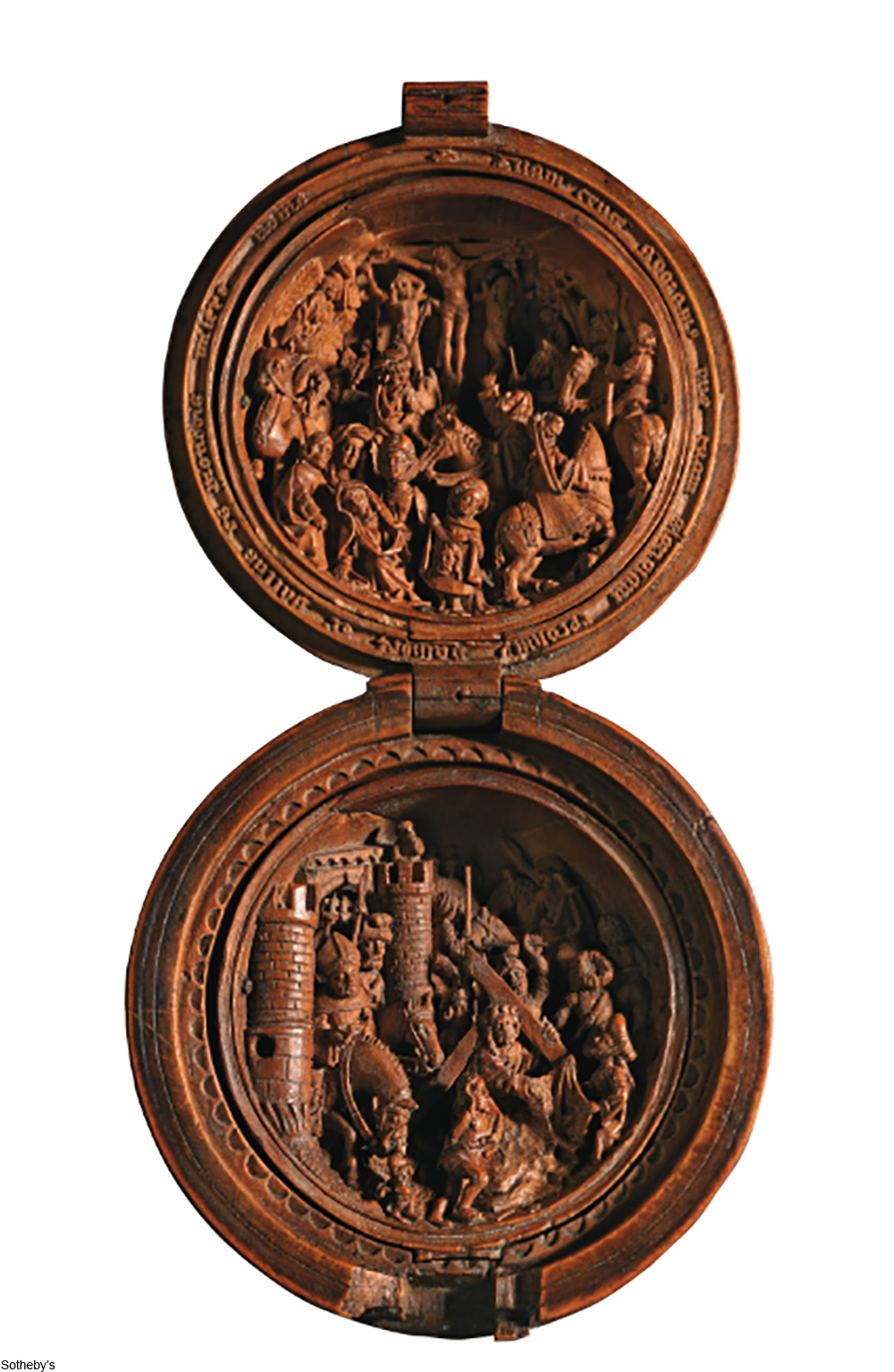 Today these specimens, of which there are not many, are often found in museums. The rare time that one comes to auction, they tend to sell for astronomical amounts, both for their status as relics of the Catholic church, but also as irreplaceable works of antique art. In 2012 a prayer nut depicting the Crucifixion sold for £133,250 (or $214,612), which is huge sum for such a small piece of wood.