The History of the Wildly Collectible Telephone Purse

Once upon a time ladies handbags had less to do with designer names and more to do with individual style. By our standards today, many of the purses that women carried back in the 1940s and 1950s wouldn’t be suitable as a woman’s everyday purse. But, the sense of style was very different back then. Amongst the acrylic purses and silk handbags of yesteryear there is now another highly collectible bag that vintage enthusiasts flock to: the telephone cord purse. 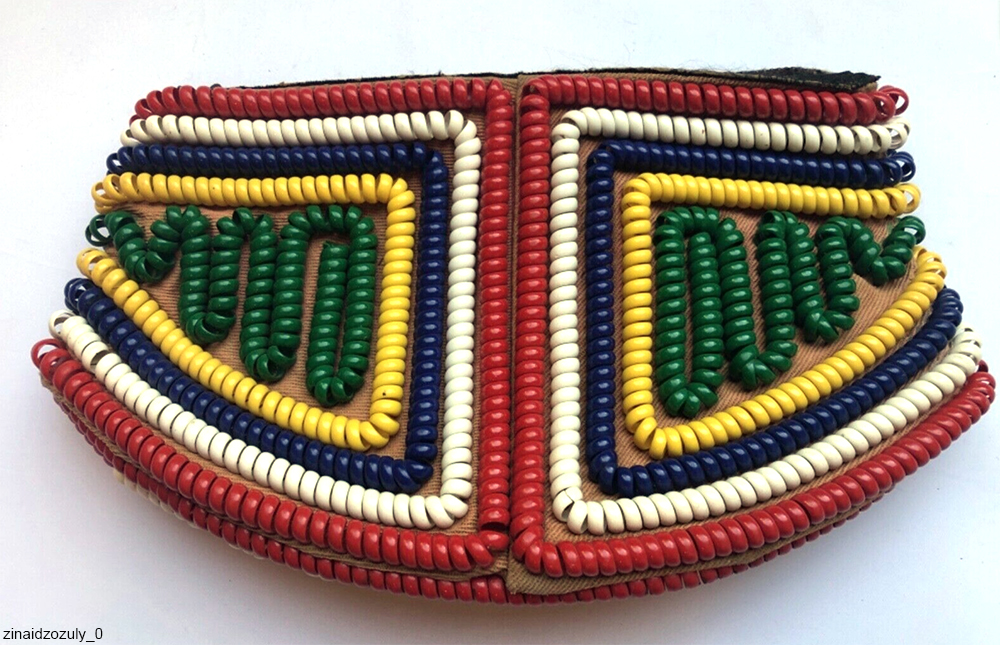 Today it might seem like a mere novelty, but back in the 1940s when these purses were first created there was a very good reason for these bags. During World War II the shortage of certain goods extended to the handbag industry when many of the normal materials for handbags were unavailable. 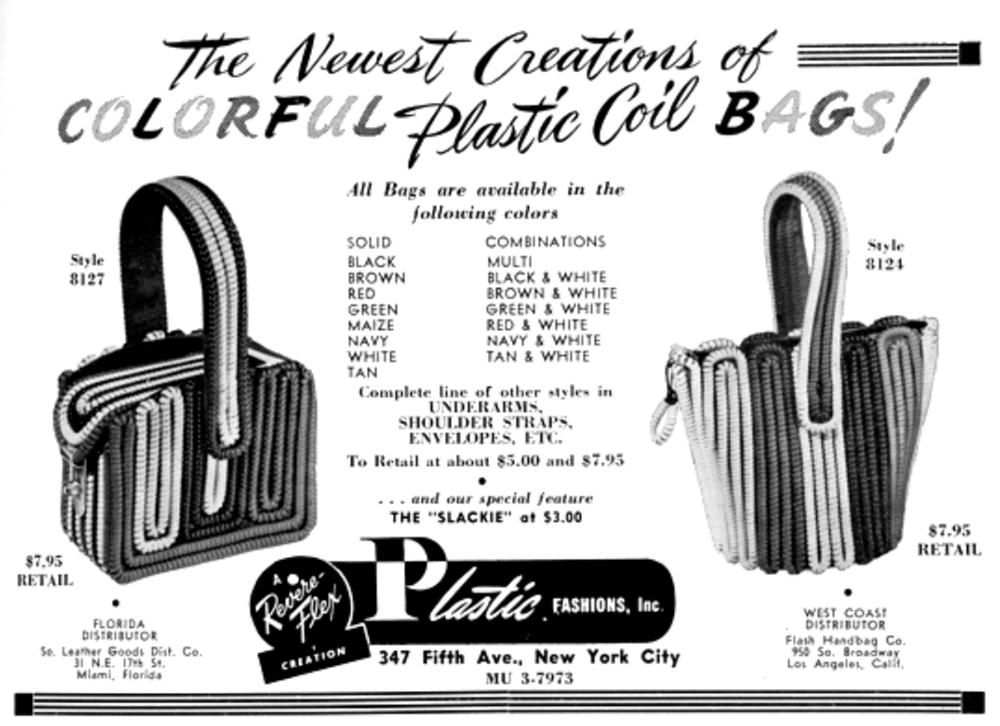 Leather was one of the many rationed materials during the war, felt most acutely in the buying of shoes. But, purse manufacturers also felt this crunch.

Enter the humble telephone coil cord. This type of cord was invented in 1937 with the more modern configuration of the telephone. Before this the old style of telephone, with conical earpiece and straight cord, had proven to be problematic, even with the rise in telephone usage overall.

Before this new type of cord, telephone wires were long in order to accommodate phone placement. Separate “cord winders” were sold to keep wires from tangling up on the floor or being chewed by teething toddlers. The problem of children chewing on telephone cords was widespread enough that phone companies issued brochures and advertisements warning against letting kids go at phone cords. 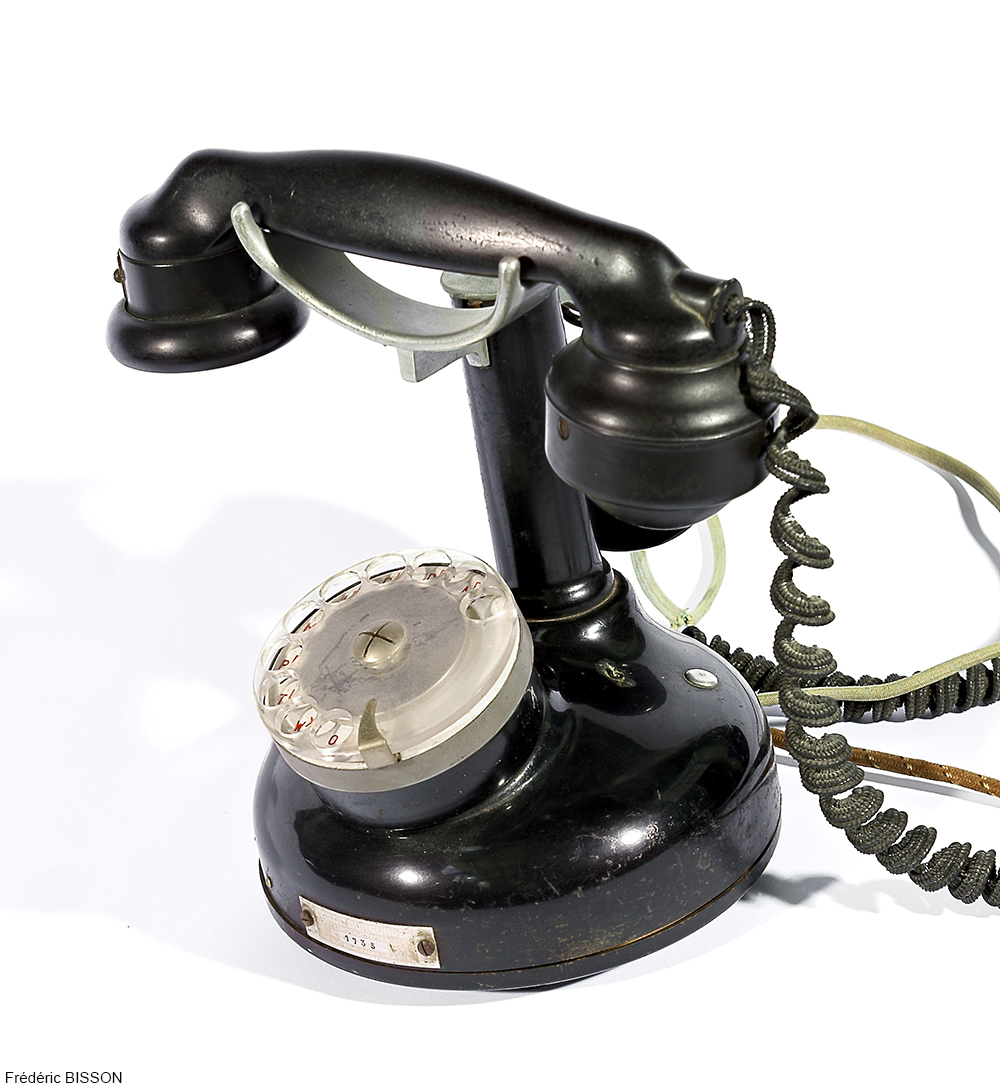 With the invention of the coil phone cord this was less of an issue. Then during the war the colorful cords, which of course had been manufactured to match a variety of phone colors in the new style, were used to create purses as other purse materials were needed for the war effort.

Some of the most common color combinations at the time included the patriotic red, white, and blue, but so-called “coil bags” were sold in solid colors as well. 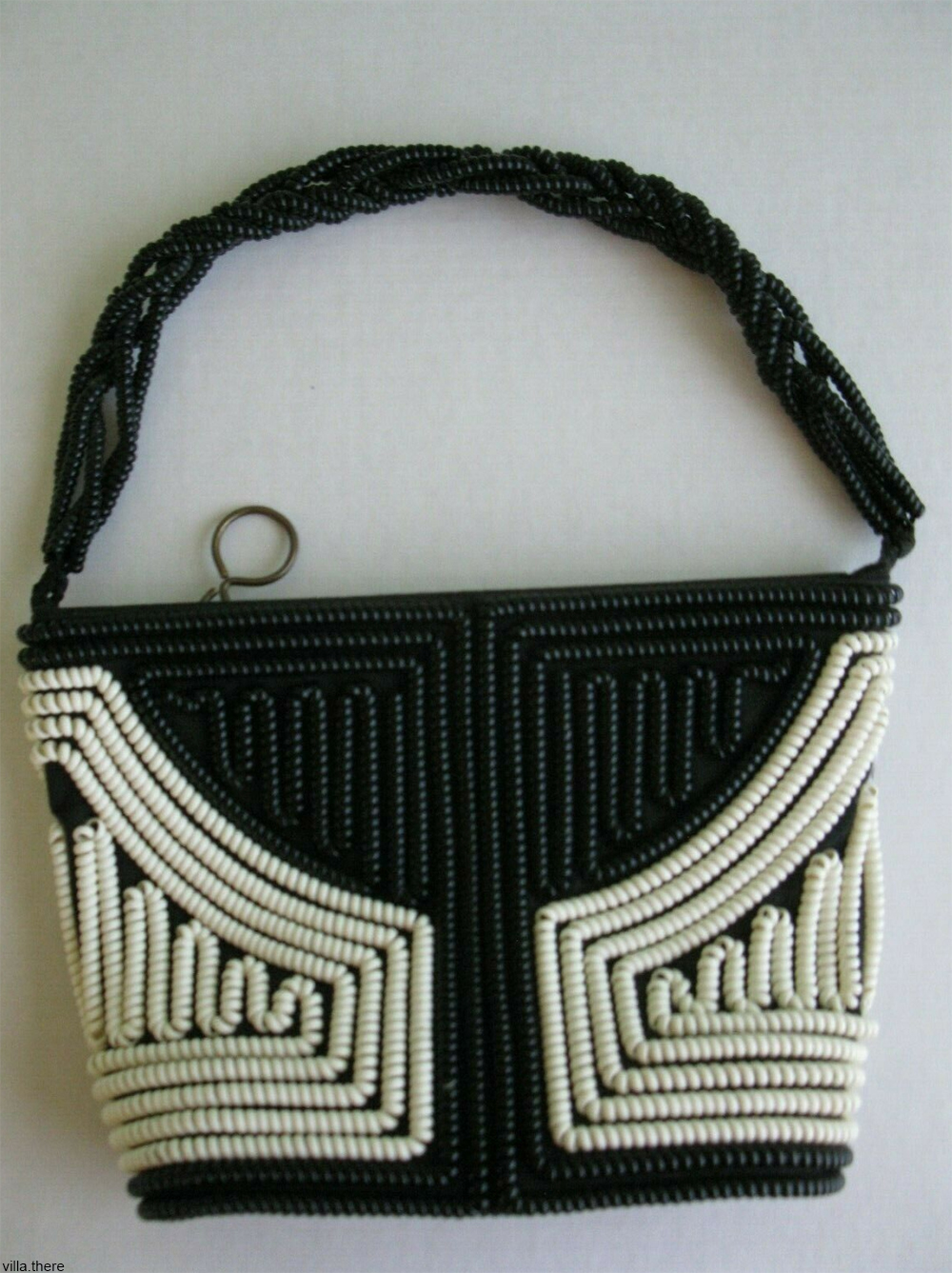 The vibrant hues made these unusual bags quite festive, which along with red lips and other morale-boosters, were considered part of the overall war effort. Keeping spirits up was one of the many jobs women had during the war. 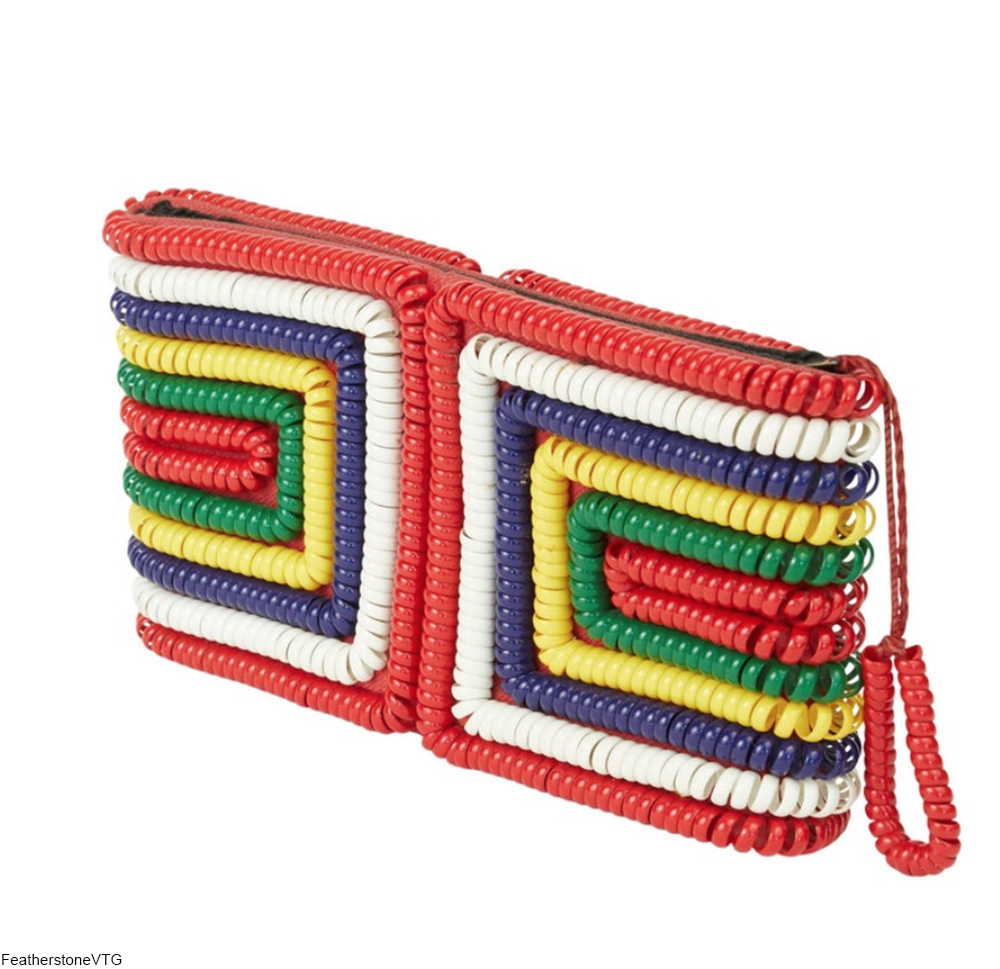 The coil bags had metal zippers and featured the telephone wire arranged in patterns on both front and back (and even the bottom) of the purse. Sometimes the handle would also be made from telephone wire. 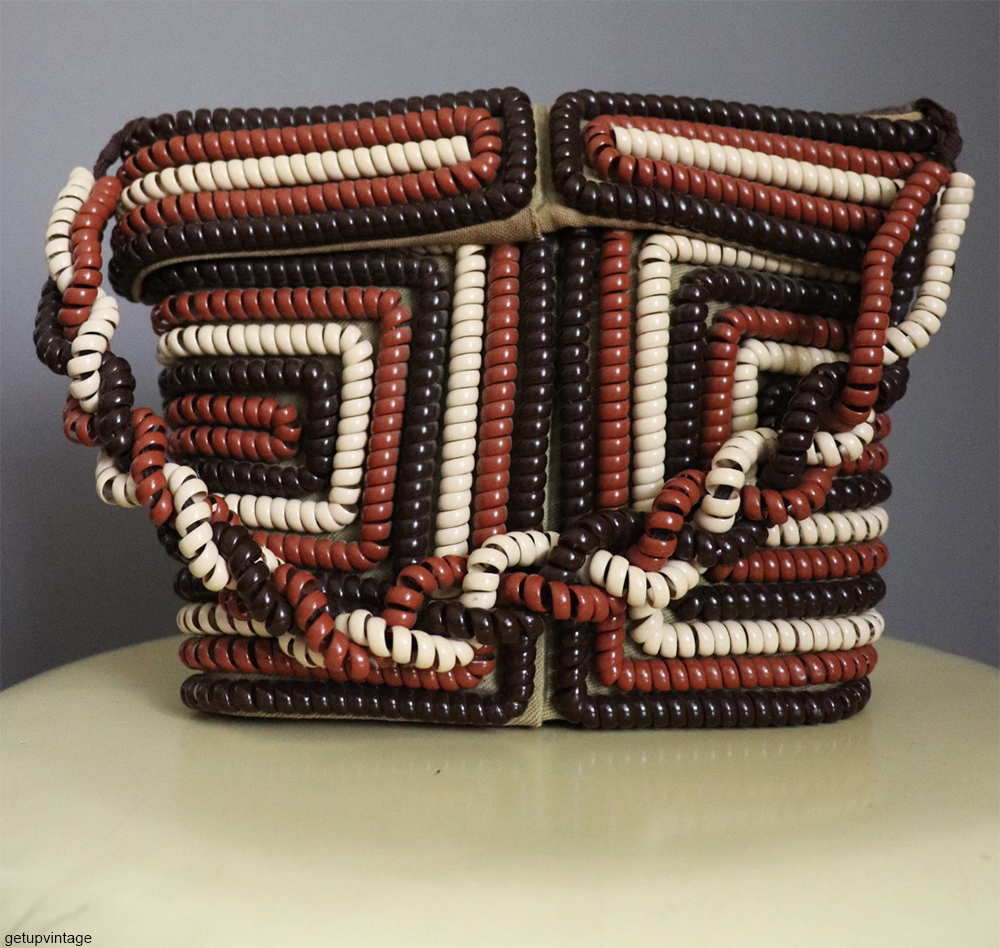 Telephone purses in the modern era are considered statement pieces. There are a few reproductions available, but they are not cheap at all. Cost-wise you’d be better off just buying a vintage one! 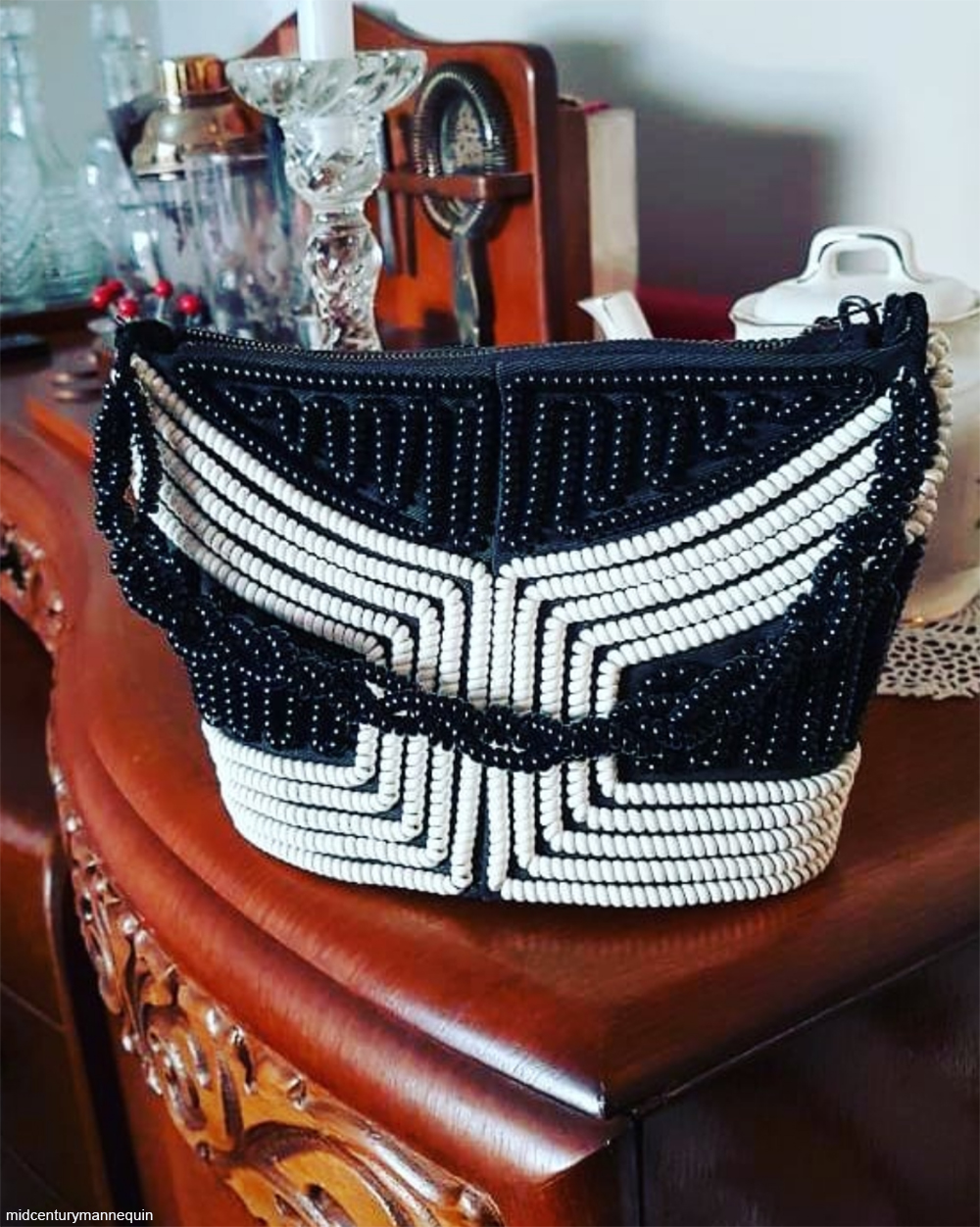 Since this type of purse was only manufactured for a few years, today vintage telephone cord purses are highly collectible. Prices can range anywhere from $50 to over $200 depending on the location, condition, and color of the bag in question.