This story originally appeared at Inspire More by
Kimberly White.

We’ve all heard of a mom passing down her wedding gown for her daughter’s big day, but it turns out, those aren’t the only dresses dear old moms are holding on to for their girls.

There’s a recent trend among teenagers to re-wear their moms’ old prom dresses, and the photos are too sweet!

Below are some of the best pictures on the web of mother-and-daughter pairs decked out in the same dress decades apart.

1. Just days before her prom, she found the dress her mom wore to a Marine Corps ball and had it altered. Perfect! 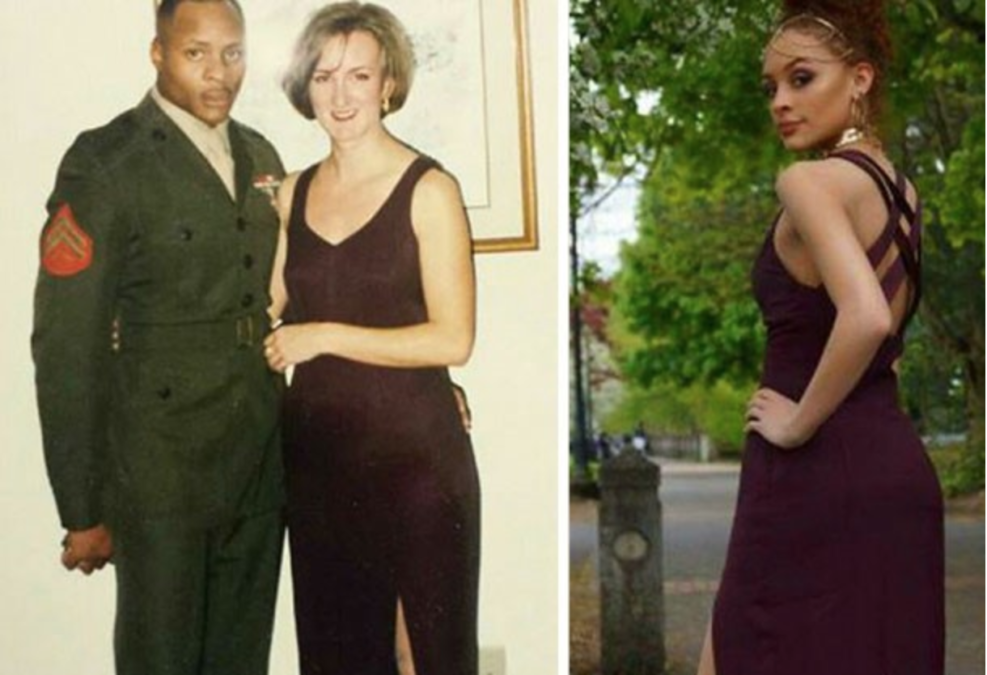 “My daughter ordered a pretty gown online for her senior prom this year, and when it arrived, it wasn’t what she had hoped… Four days away from prom, she decided to raid my closet while I was at work, took it to alterations. Who knew that my USMC ball dress from 1995 would see the light of day again? To be honest, I have no idea how this dress hung on through all of our many moves across the country and overseas! But one thing is for certain… She wore it best!”