The Fads Teens Went Crazy for in the Past

Teenagers have participated in quite a lot of fads over the years. The concept of a teenager was invented in the 1940s, although young people had been enjoying their own culture and status long before that. However, in the days before World War II, many young people married while still in their teen years and were jettisoned into adulthood rather quickly. On the other hand, the post-war years offered a prolonged adolescence with more free time and fewer pressures to grow up so quickly.

Have a look at some of the fads that teens in the past really went wild for. It’s fascinating to see how much things have changed! 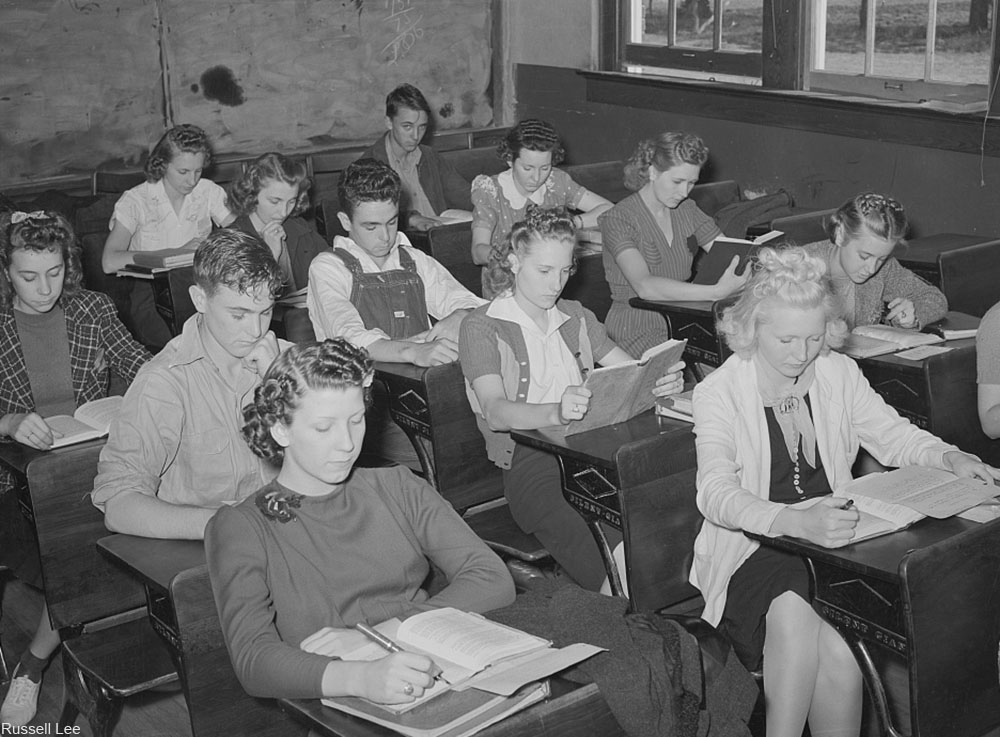 For those who could afford them, the new personal Kodak cameras were a huge trend, especially for young ladies. All the sentimentality of one’s teen years and early adulthood could now be captured for posterity. Many young women took their cameras everywhere or even sat for studio portraits with their trusty Kodaks. Now that’s dedication! 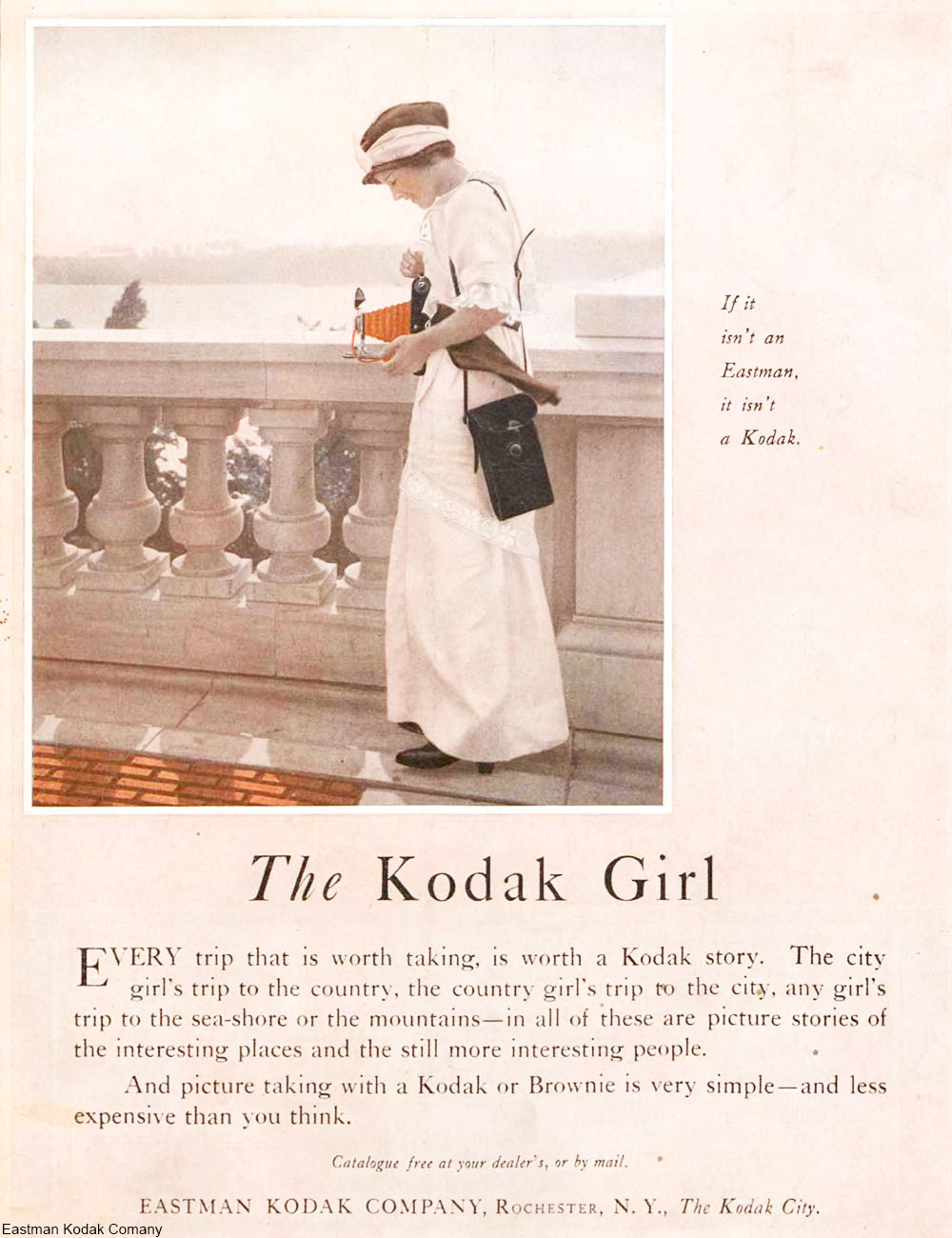 We hear a lot about dance competitions in the 1930s, but this trend got started in the 1920s. Only young people had enough stamina to participate for the long haul so it wasn’t an activity that older people could really spoil for the youngsters. In the 1930s these dance contests became more desperate since many families were grasping at any way to earn money (and that included prize money). 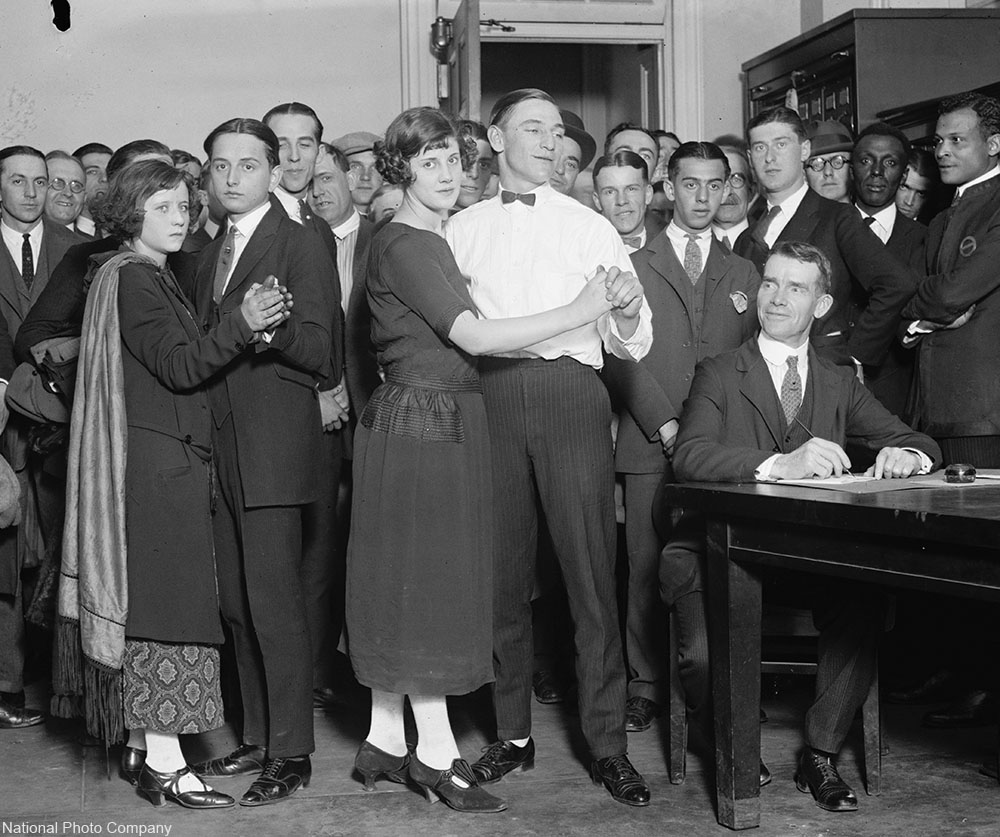 Bobbed hair was another trend that teen girls from the 1920s the young women embraced, and even those who didn’t cut their hair usually learned how to style it so that it at least looked like a bobbed hairstyle. 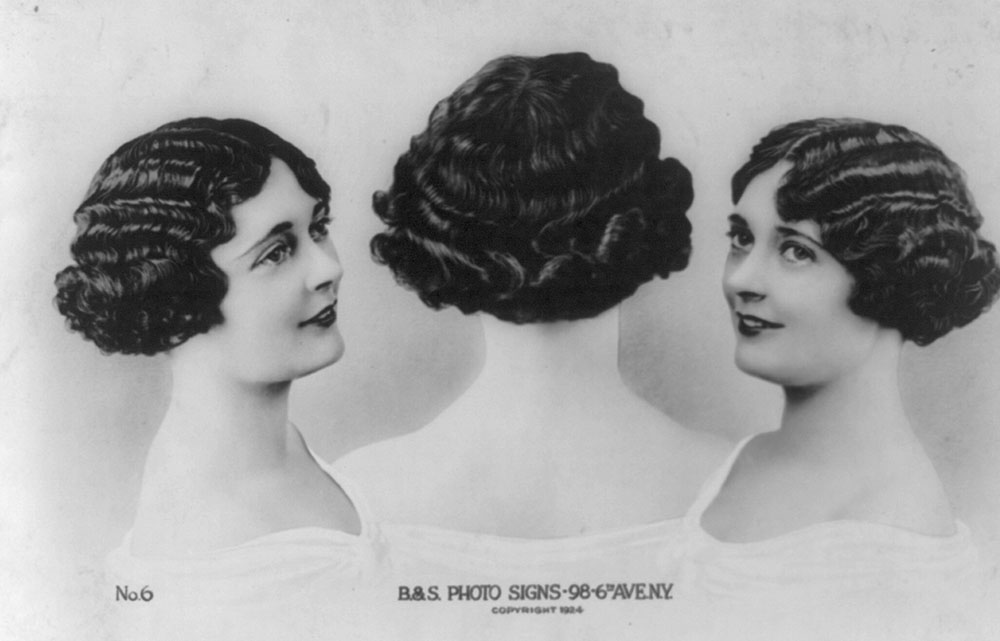 During the Great Depression many inexpensive foods became really popular. One such food was the hamburger which rose to become one of America’s most beloved foods during this time. Starting in the 1930s teens began to meet at burger joints to socialize after school, on date nights, and after school games or events. 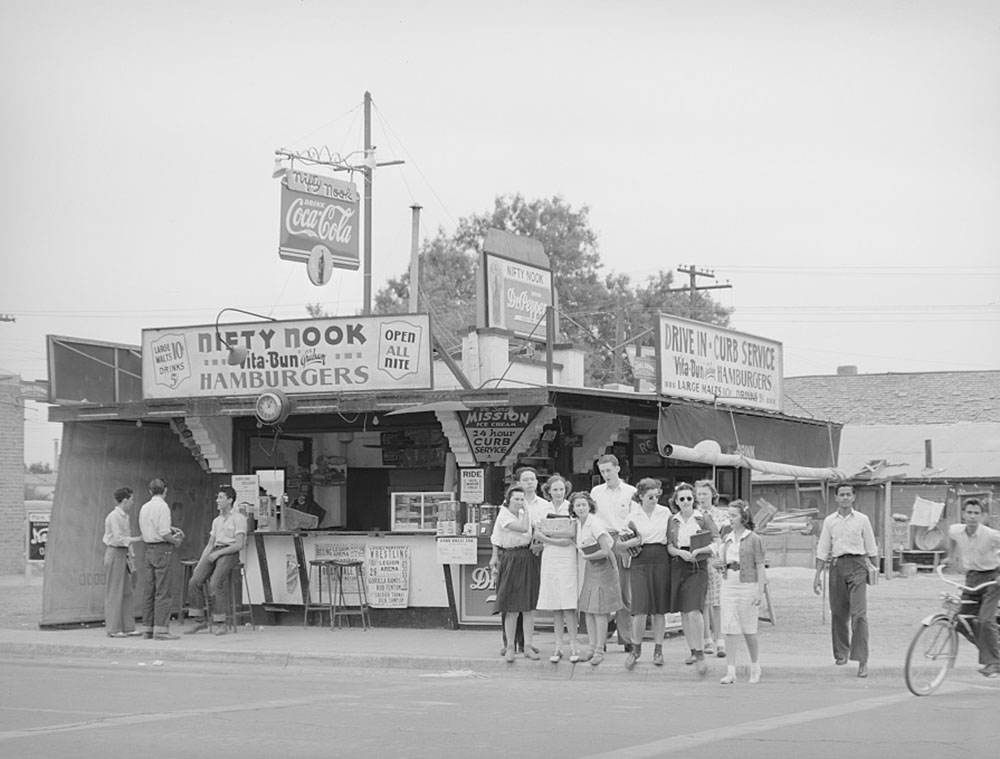 Following World War II, during which fun activities were limited by rationing and other constraints, many teenaged girls dove headfirst into the frivolous world of beauty contests. These lighthearted pageants were a much needed escape from the seriousness of the war. 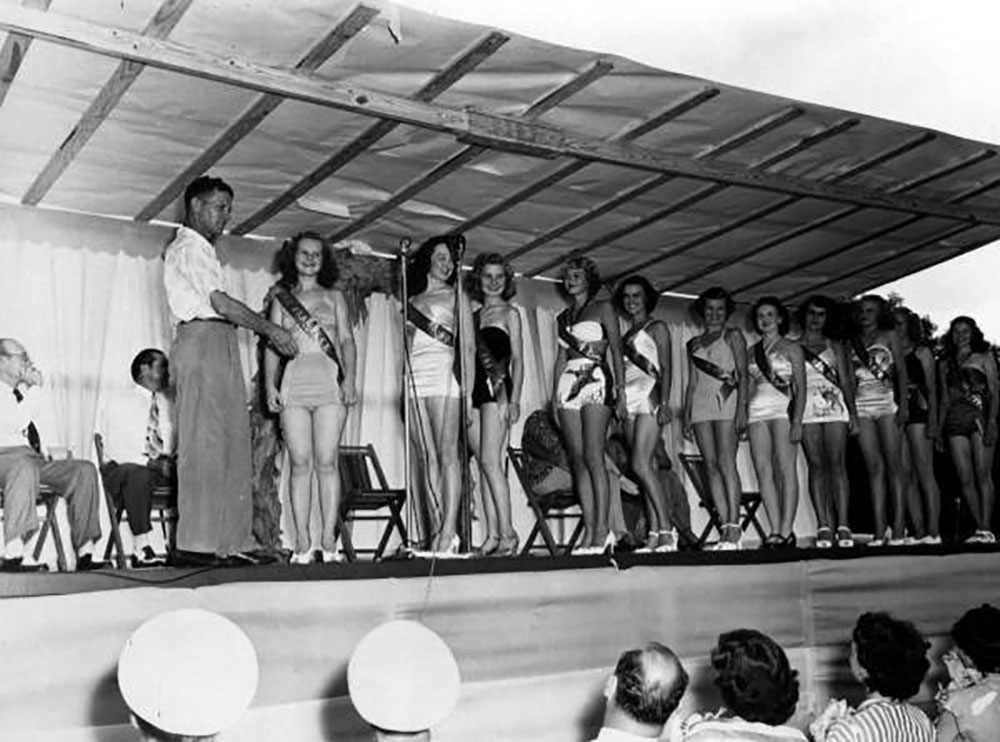 Pincurled hair was another trend that girls and women in the 1940s could not get enough of. This would continue into the 1950s. 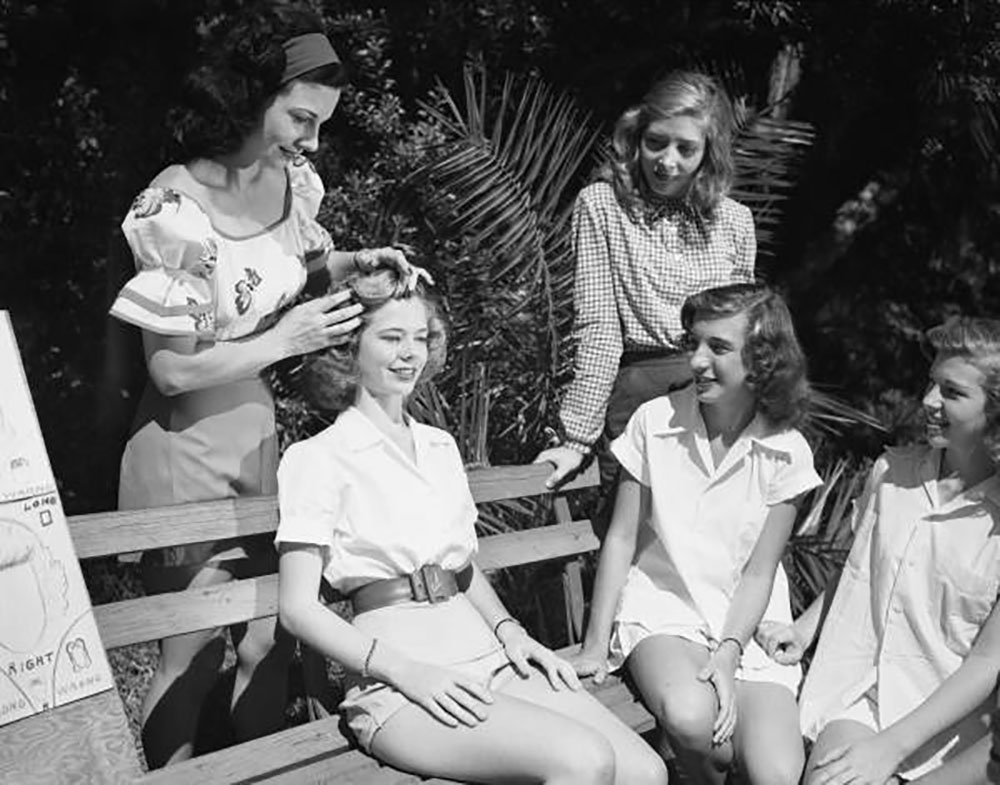 In the 1950s rock and roll was slowly taking over and Elvis Presley was at the center of the movement. Elvis captivated audiences like no other had done before, in part because of his new sound and gyrating hips, the latter of which were censored for television. 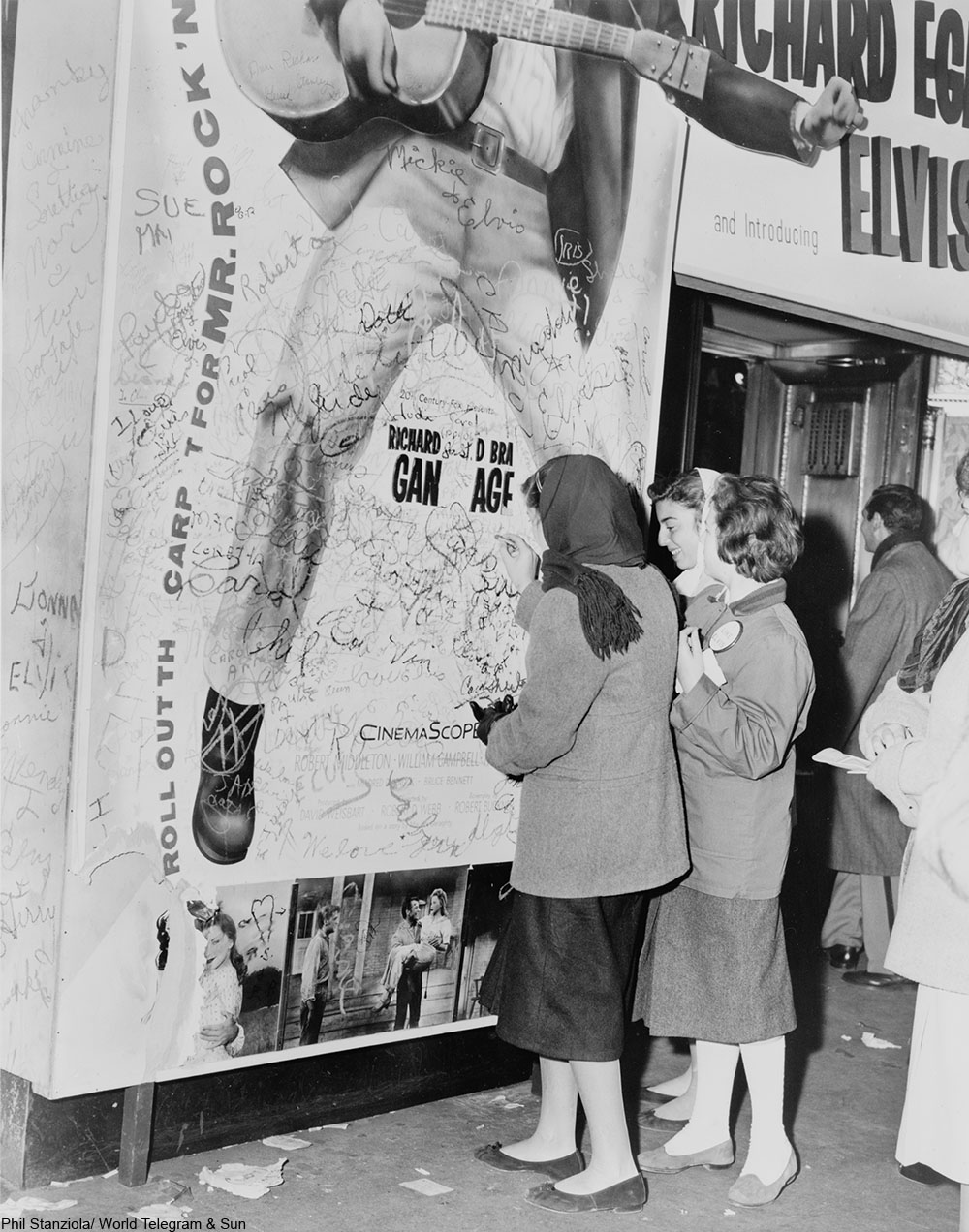 Young ladies adding graffiti in lipstick to a giant poster of Elvis for the 1956 film, Love Me Tender. Via/ Library of Congress

The early 1960s saw the birth of the Twist, one of the most controversial dances of the era. It was the first time that droves of people were dancing by themselves without a partner and was seen as a breakdown of traditions. 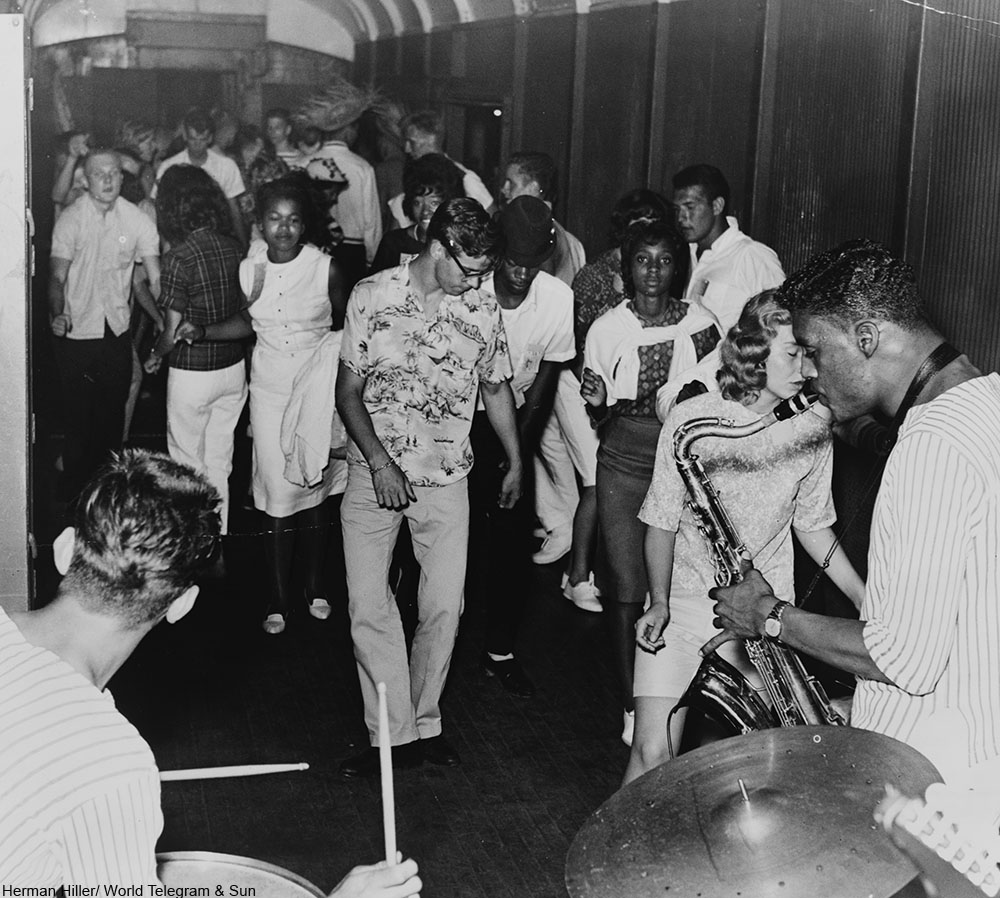 Teens doing the Twist on a train baggage car, 1962. Via/ Library of Congress

The 1960s was also when the British Invasion changed music forever, a fad that started with The Beatles and continued well into the 1970s and 1980s with acts like The Kinks and The Who. 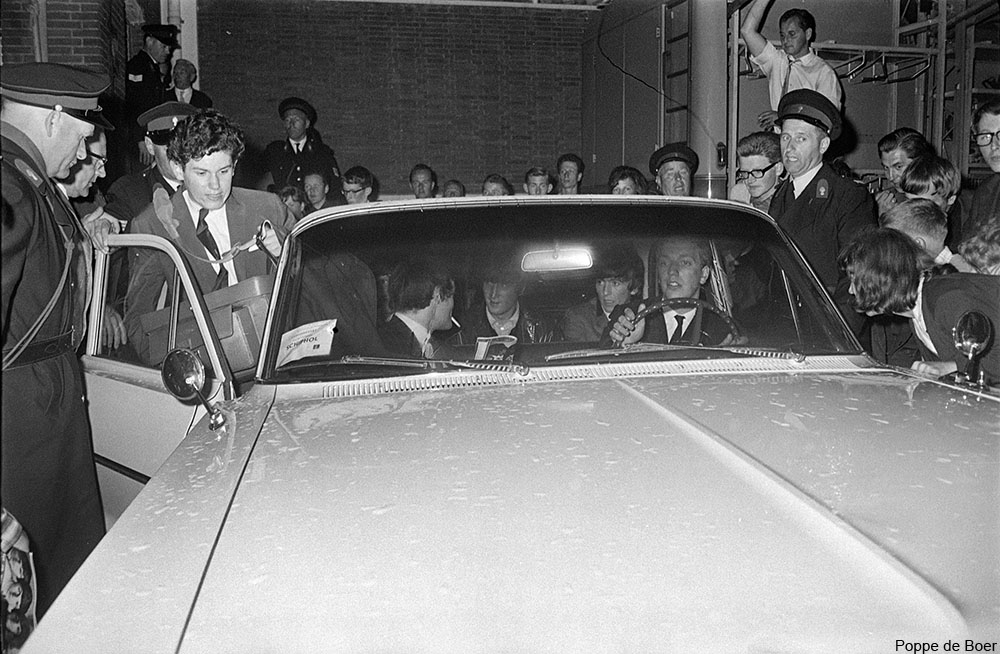 The Beatles trying to travel by car amidst huge crowds of fans, 1964. Via/ Wiki Commons

Roller skating was one of the biggest trends of the 1970s. The sport had been popular since the early 1900s, but roller rinks staffed with DJs and offering disco nights made skate dancing a new hobby for countless teens. 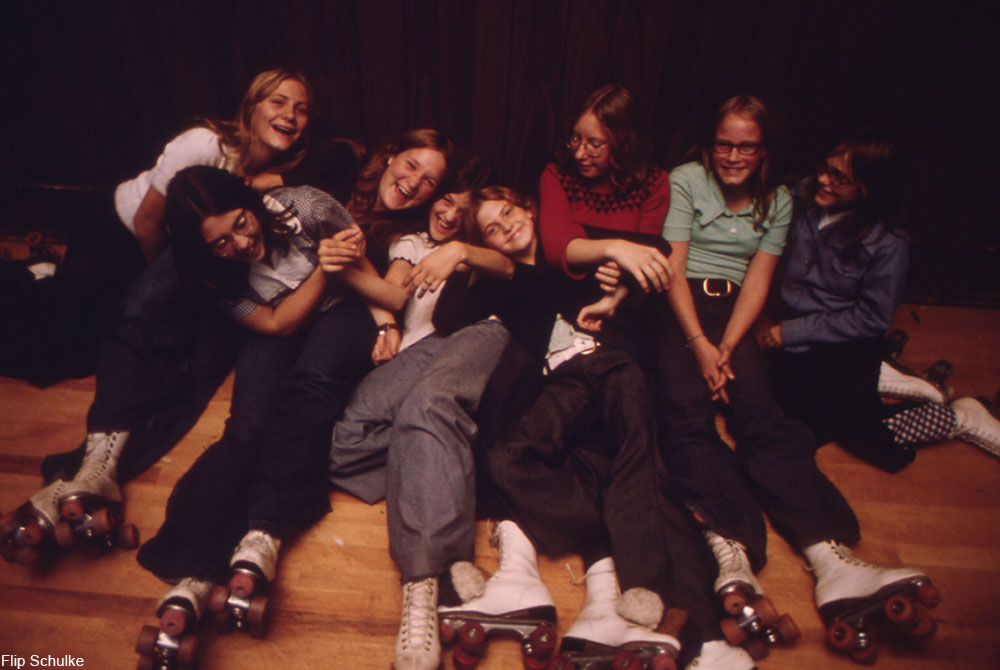 The fitness craze of the 1980s wasn’t only for housewives who could afford Jazzercise classes, it was also a fad that many teenaged girls participated in. A big draw was the clothing, from short shorts to leotards and leg warmers. 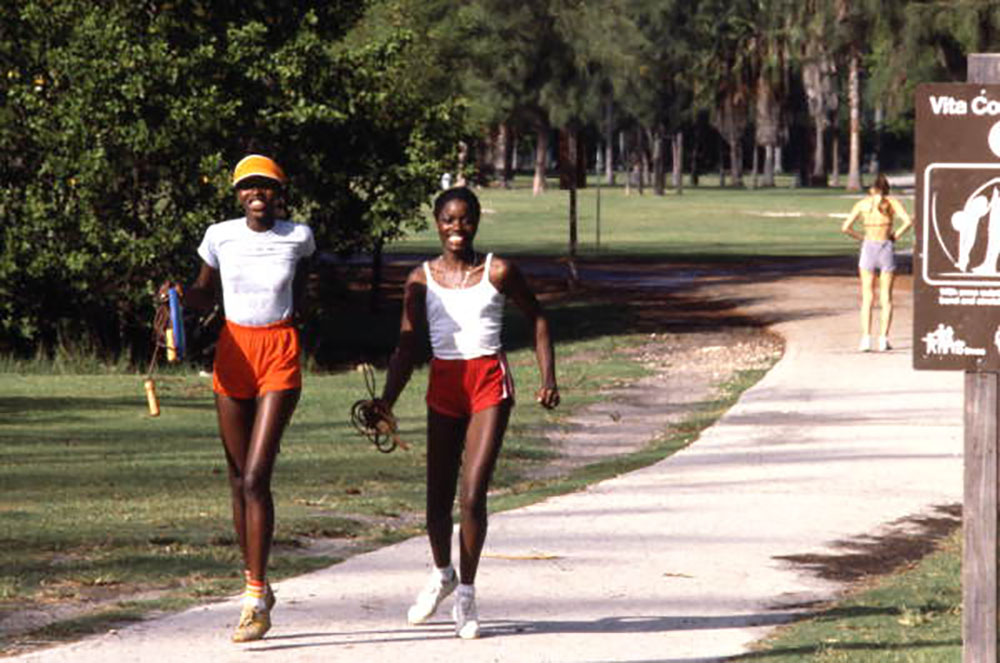