Teen Designs And Creates Stunning Prom Dress For Her Older Sister, And It’s Truly A Masterpiece

Someone call the producers of Project Runway and get the directors for New York Fashion Week on the phone, because this girl is destined to be the next big-name dress designer — and she’s only a teenager.

Courtney Lewis is just 14 years old, but her couture gowns already belong on the runway. She’s already designed dresses for all three of her sisters, so when her 18-year-old sister Mikayla came to her with the idea of designing a prom dress for her, she was 100% on board and ready to tackle the project.

“When my mom and her asked me if I wanted to do it, if I wanted a chance to do it, I was like, ‘Oh, heck yeah, I’ve been designing since the first year, I’ll do it,’” Courtney told InsideEdition.com. 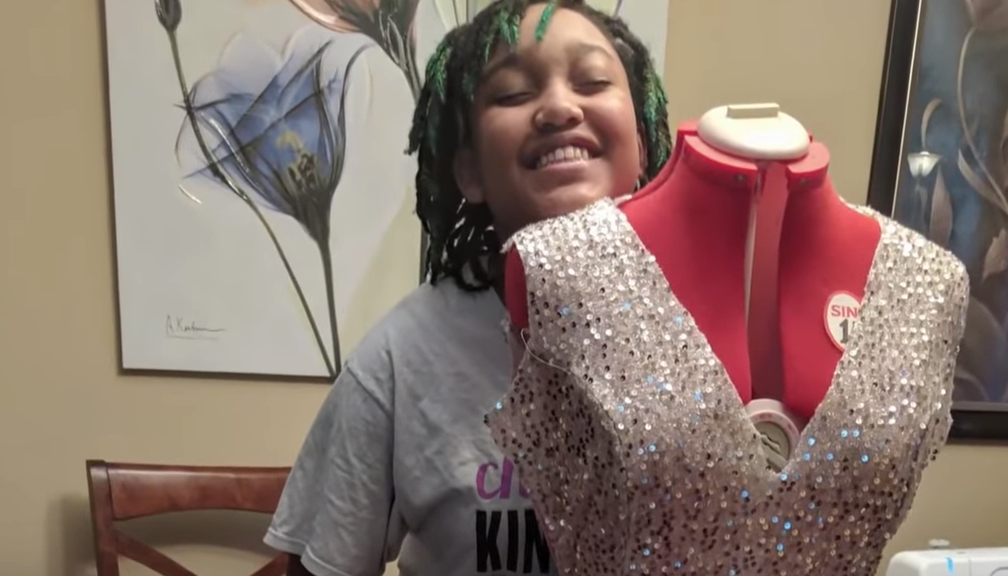 “It was awesome because it’s exactly what I wanted and it was tailored to me and it was one of a kind, which I wanted,” Mikayla said. “People asked me where I got it and I said it was handmade by my sister.”

It took Courtney almost two months from start to finish to complete Mikayla’s stunning sequin gown, but it was totally worth it — for both of them.

“It’s taking your dream and knowing you’re able to make your dream come true,” Courtney added. “Even though the process, [you] might not like it, it’s that finale you’re like, ‘Yes! This is what I imagined. It’s on me, and I’m in love with it.’”