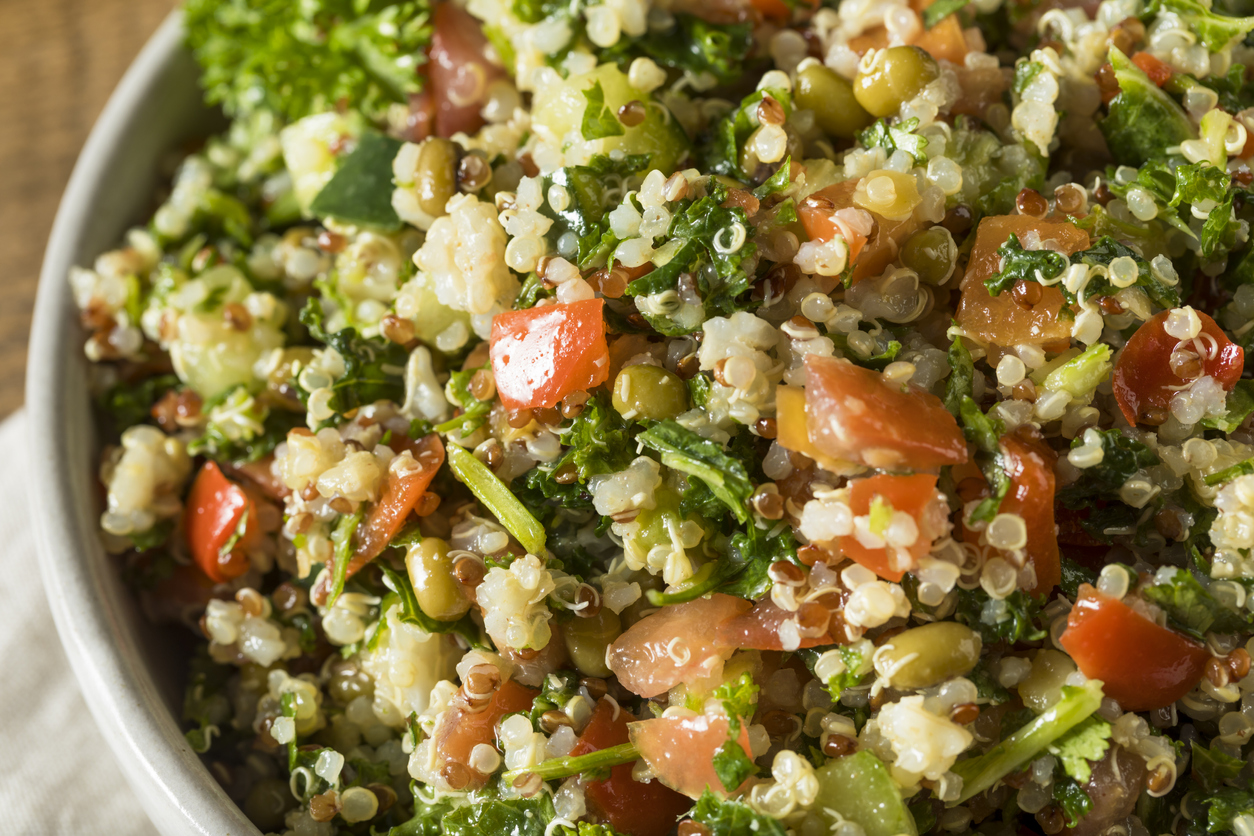 After weeks of indulging in delicious, calorie-ridden foods, we woke up and knew we needed to give our bodies something other than dessert and heavy leftovers. For a beautiful moment, all we wanted was some sort of salad. Salads can be kind of a hard sell, as you’re probably well aware of. Sometimes they’re less filling than what you’d typically make, sometimes they’re less flavorful and sometimes they’re just boring and bad. Which is why we’re here to bring you the complete opposite of that; a filling, flavorful dish with roots in the Middle East that’s become popular all over the world. Tabbouleh salad! 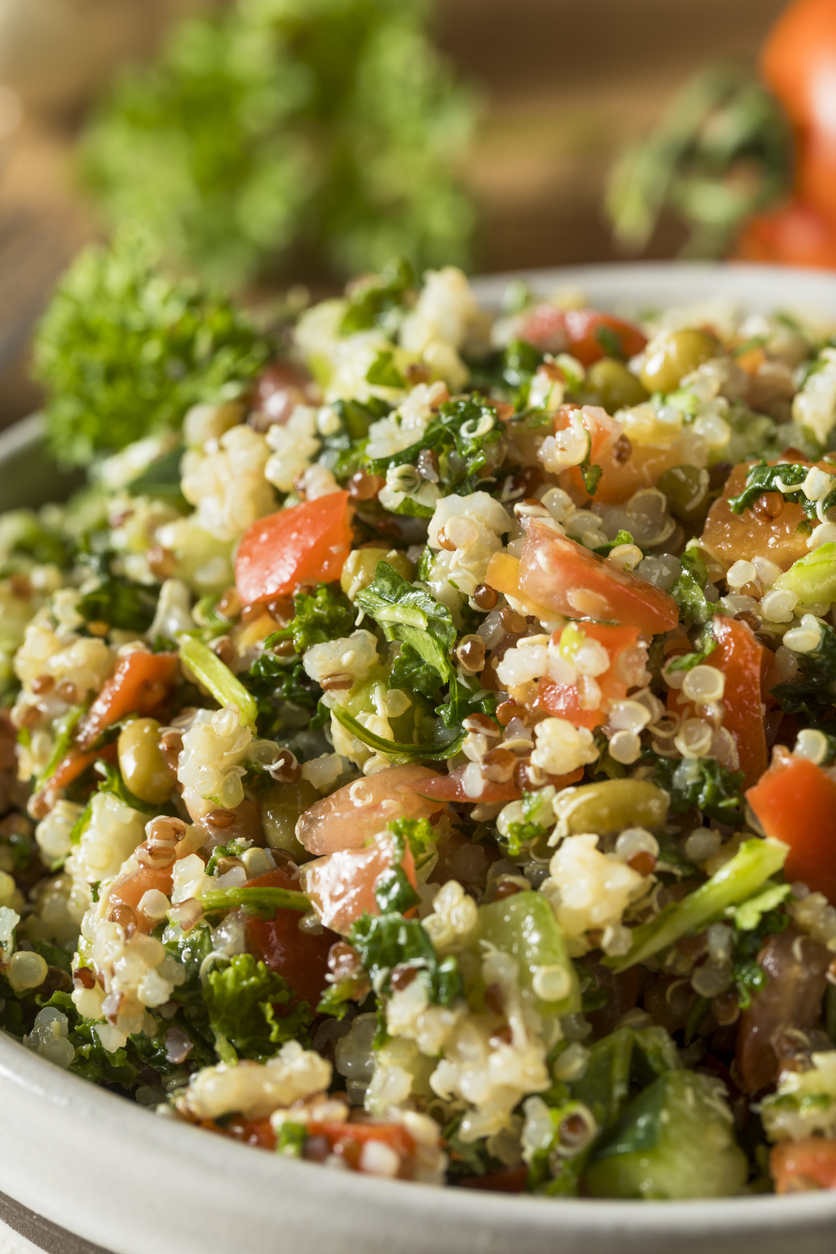 Also known as tabbouli salad, this Lebanese classic is absolutely delicious and will have you feeling refreshed and nourished in no time, thanks to all the fresh ingredients and flavor we packed in there. Traditionally, tabbouleh is made with bulgur wheat, but we didn’t have that on hand when the craving struck…so we used what we had on: quinoa and lentils. Along with our base ingredients, we added in fresh parsley and mint, tomatoes and cucumber, then jazzed it up with the easiest dressing ever.

Seriously, if you can whisk together olive oil and lemon juice, then sprinkle in some salt and pepper, you’ve got it. This salad is anything but boring – it tastes so good, you wouldn’t even know it was great for you! Trust us, you’re going to love this stuff!