Most people will plan out their wedding to the point where every minor detail is covered. They then hope that it all goes as planned. Some of the details include the matching colors of the dresses for the bridesmaids but it seems as if there may be some room for interpretation.

One woman did more than “say no” to the dress at her sister’s wedding and in the process, earned the respect of America and the internet. Rather than wearing a standard dress for a bridesmaid, she came to the wedding in a T-Rex costume.

The Daily Mail reported that Deanna Adams, Christina Meador’s sister was asked to be the maid of honor at the Nebraska wedding. It turns out that Adams was a bride unlike any other.

“She, knowing that I’m not a big fan of wearing formal dresses and that I probably wouldn’t have a lot of money to buy something really nice, reassured me by letting me know that I could pick out any outfit that I choose.

‘I was trying to think of something that I would be willing to wear more than once and thought to myself, “Well, she did say anything, and if I’m spending more than $50, I want it to be a dinosaur costume, because they’re fantastic and I’ve always wanted one.

I’m sure we would all agree that a maid of honor dress is an expensive item that typically finds its way into our closet after the wedding, never to be worn again. A T-Rex costume, on the other hand, can be worn on almost any occasion. It’s the perfect swap. 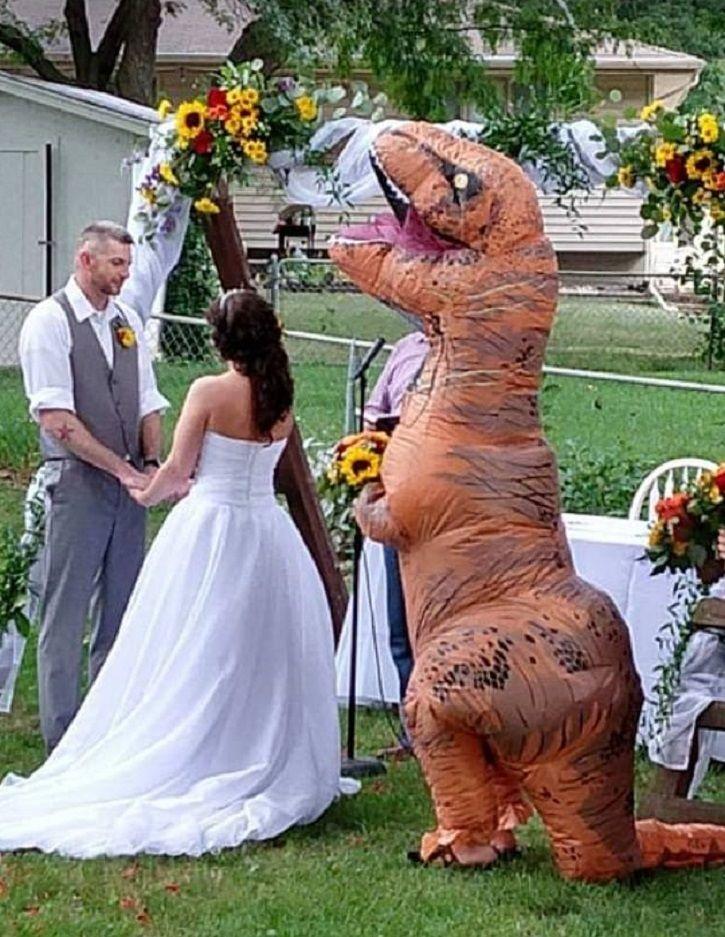 It seems as if Meador was not 100% on-board with the choice as the day got near and she almost wore a regular dress. In the end, however, she stuck to her dinosaur costume choice.

‘It was hot!’ she recalled. ‘I remember being surprised that everyone seemed to be doing their best to avoid noticing the elephant in the room (or should I say dino) but it was hard to see in the costume.

‘I peeled off the costume as soon as the ceremony was over to enjoy the reception in the dress I wore underneath it.’

People are inspired by Meador’s choice and it seems that she is also an inspiration to her sister. She even defended her choice on Facebook to put the haters in their place. 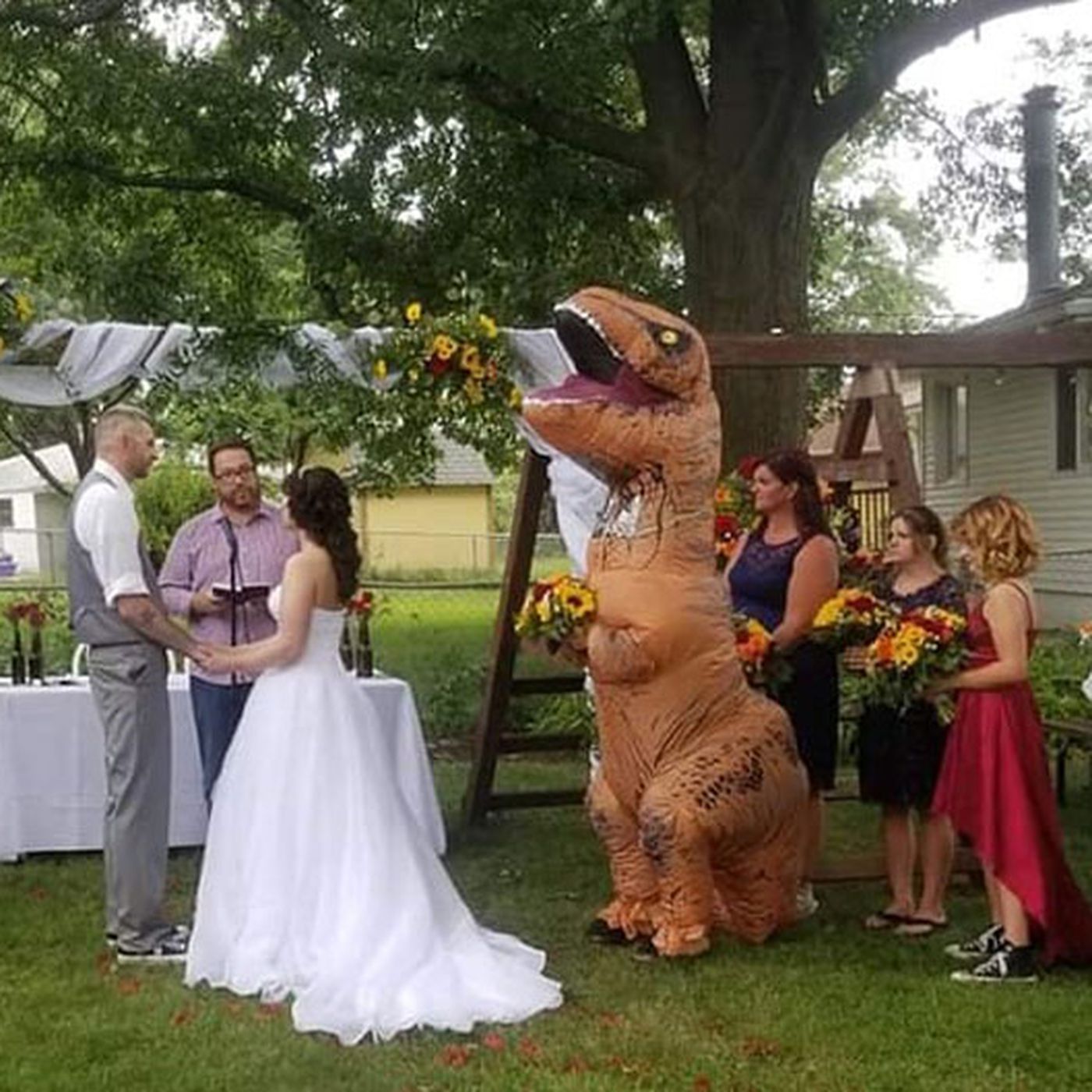 “It’s not a joke, it’s a giant middle finger at spending thousands of dollars and putting ungodly amounts of pressure on ourselves just to please a bunch of people who, in the end, only want free food and drinks. The point was to get married to the man who treats me like I hung the moon, and we did that part.”

“My sister is awesome and I genuinely was not kidding when I said she could wear whatever she wanted.”

Every wedding is unique. I would say that this wedding fits that description perfectly.