We are definitely fans of the Wizarding World of Harry Potter and Star Wars: Galaxy’s Edge, but when we heard that Universal Japan had announced a Super Nintendo World we were over the moon!

In a newly released video featuring musicians Galantis and Charli XCX, Universal Studios announced that a Super Nintendo World is in the works for Universal Japan. Although the video is mainly CGI, we could care less cause it gave us a little taste into what is to come.

From the looks of the announcement, it is likely that the theme park will be like stepping into your television screen and becoming part of the game itself.

According to Thrillist, people will get “Power Up Bands” that will sync through an app on your smartphone and will be able to track your stats as if you were playing a video game. These wristbands will also allow you to challenge other park-goers as you do in online video games. 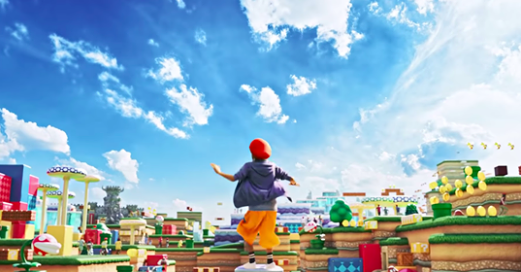 Among the attractions that schedule to appear include a Mario Kart game and the chance to tour around the world of Mario on Yoshi’s back.

Super Nintendo World is rumored to open by summer 2020, so book your flights!