Advice on Marriage from a Suffragette in 1911

In 1918 in women in England had just garnered the vote – well women over 30 years of age who also owned land could vote that is. It wouldn’t be until 10 years later in 1928 that women only needed to be 21 years of age in order to vote. Between the first suffragette groups around the turn of the century until the first votes for women were realized, the suffragettes had to deal with slander, hatred, violence, and arrests. They even had to endure being force-fed by police in prison when they went on a hinger strike.

All these injustices understandably made many suffragettes much more radical than their non-protesting sisters. So, it doesn’t come as a complete shock that marriage advice from a suffragette at the time didn’t look too favorably on spending a lifetime waiting on a man hand and foot. 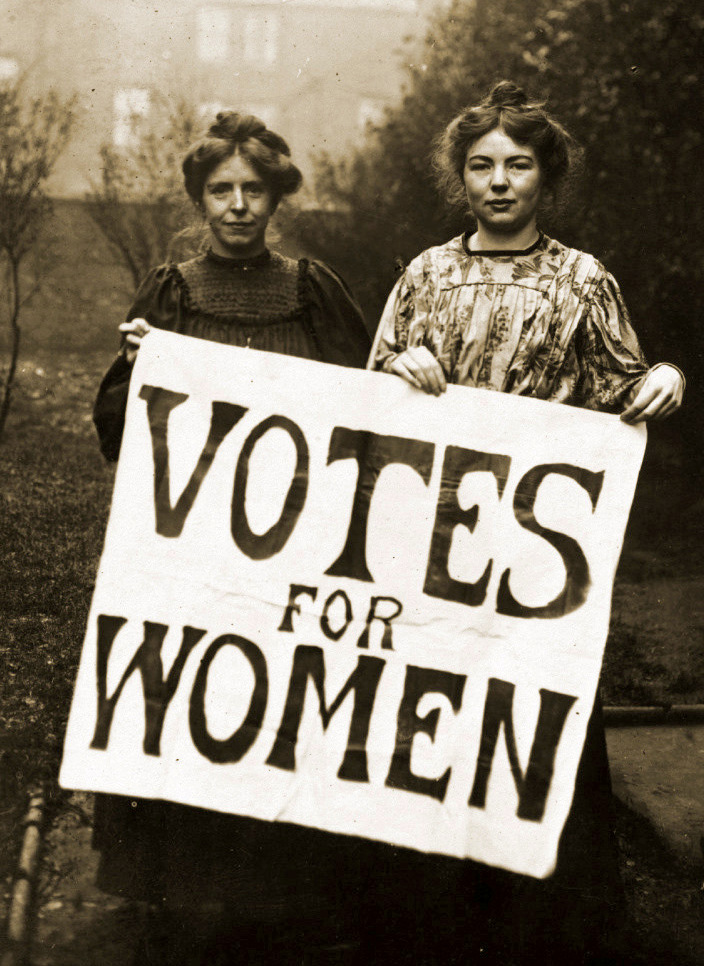 The work was simply titled Advice on Marriage to Young Ladies and offers 8 snippets of wisdom on how young women should handle marriage.

The first tip is to simply avoid it! Of course this was easier said than done for both women of means and the poverty-stricken alike.

“2. But if you must avoid the Beauty Men, Flirts, and the Bounders, Tailor’s Dummies, and the Football Enthusiasts.”

So what the author is saying is that neither dandies and sports nuts are marriage material. For the record a bounder is a man who has no honor.

A man with practical skills is clearly what’s needed, someone who won’t be afraid to help get the chores done around the house or weave a basket (swiller was another word for basket maker). 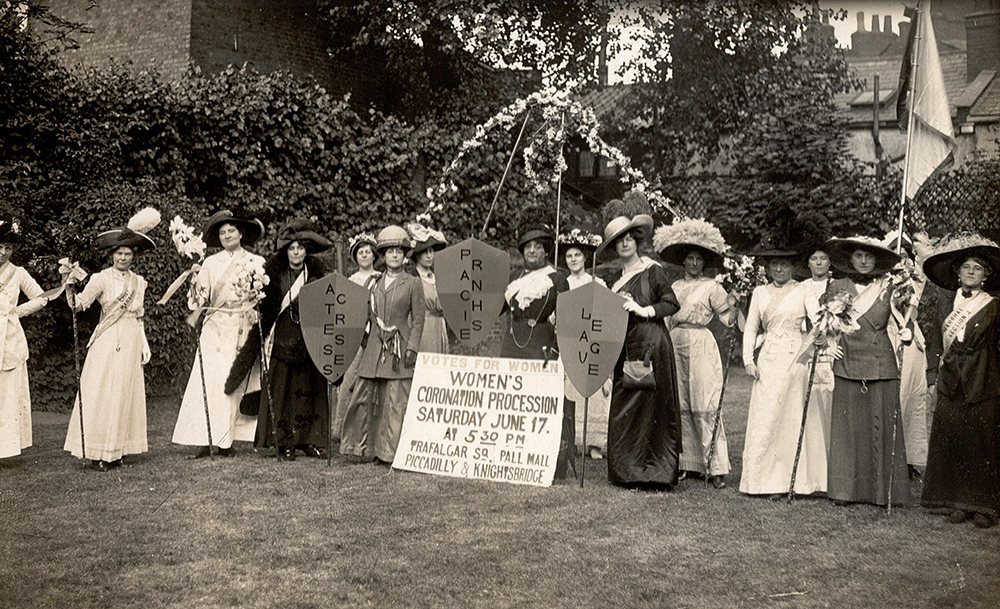 The idea that a man needs taming is quite an old one, but really gained steam with the Temperance movement wherein alcohol was blamed for many of the ills of the world, including the attitudes of men who acted like “brutes”. The Suffrage and Temperance Movements were closely aligned in both the U.S. and the U.K.

“5. All Bachelors are, and many are worse still.”

That’s not a ringing endorsement.

Well, that’s advice that is just good common sense in any era. However, at the time women would have been the cooks in the home, with men learning very few skills in the kitchen.

We can clearly see what the author thought of men if she compares them to dogs.

Many women today feel the same, so the author of these words was clearly ahead of her time. 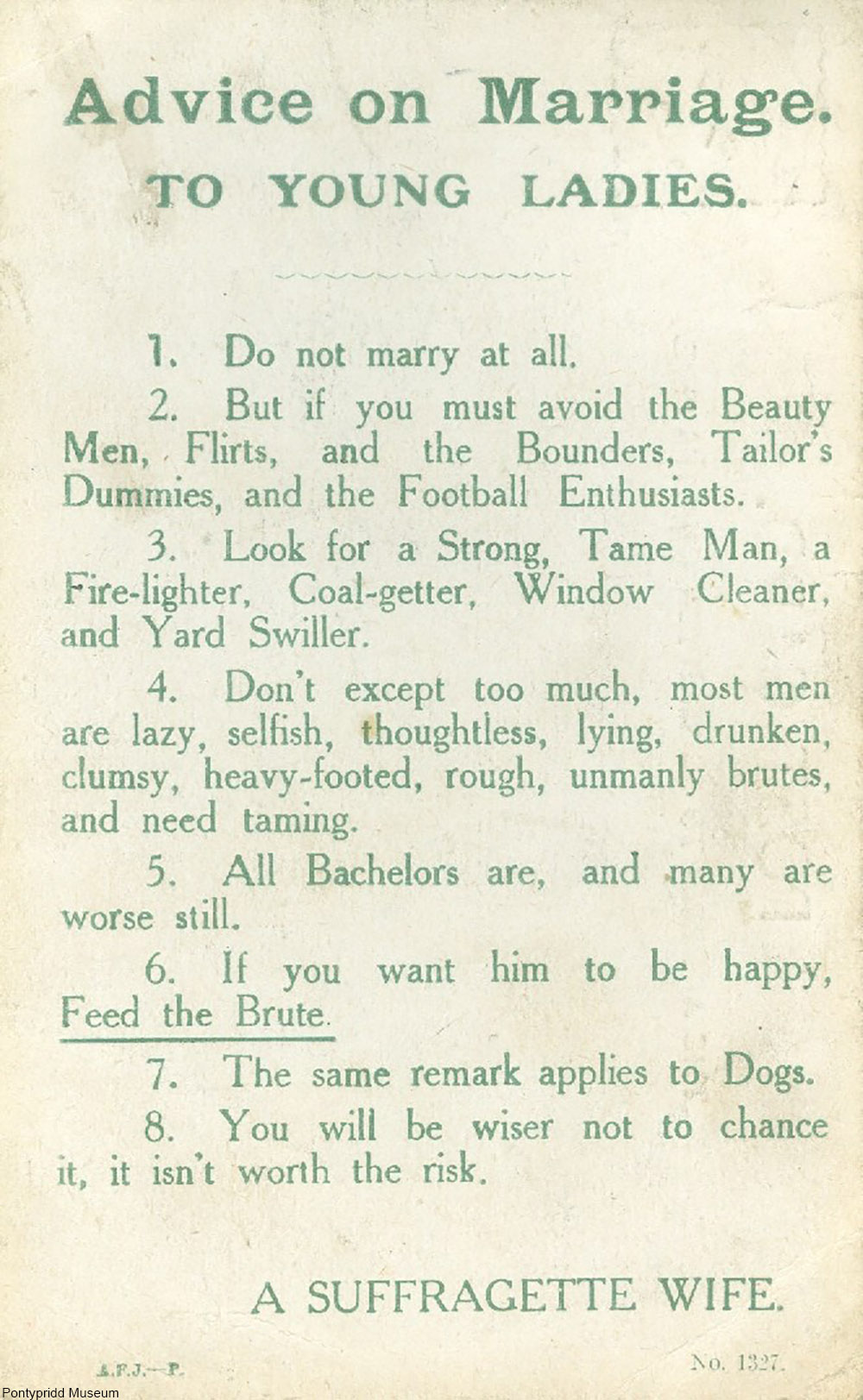 There is no author name given, but it is signed from “A SUFFRAGETTE WIFE.” The advice was first shared by the Pontypridd Museum in Wales in March of 2018 in a Facebook post. And ever since then these 8 tips on marriage have been shared online, going viral for the revolutionary and unusual advice they contain. While some articles date this specimen as a pamphlet from 1918, the museum post clearly states that the item is from a postcard which was postmarked in 1911. 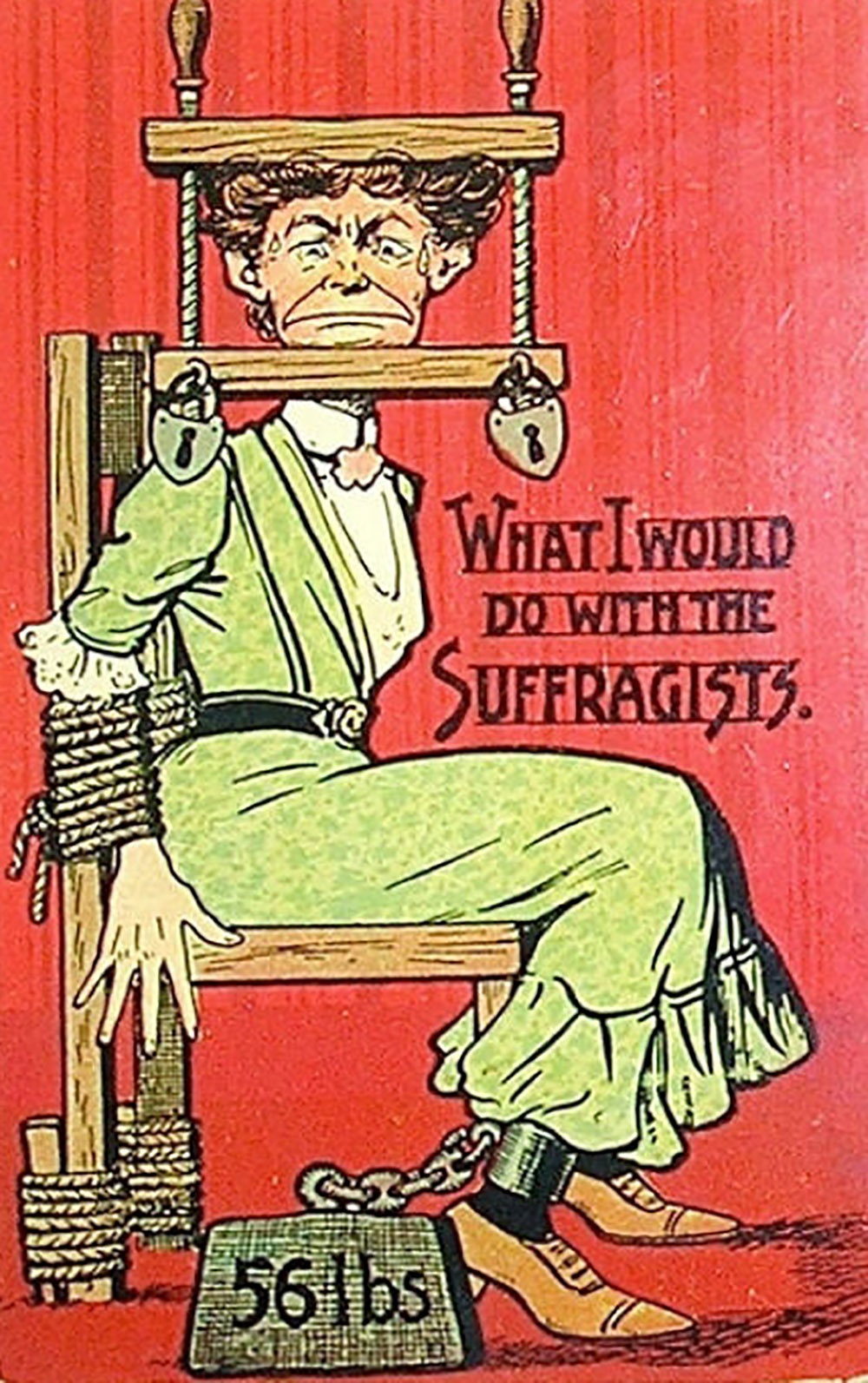 At the time the movement opposed to women’s suffrage (largely led by men) was even more venomous, publishing offensive and distasteful illustrations about how women basically couldn’t be trusted to vote and showing violence against women as a solution to the problem. Other anti-suffrage campaigns showed a world in which men would be held accountable for the housework and be denied the vote just as men had forced women to do. 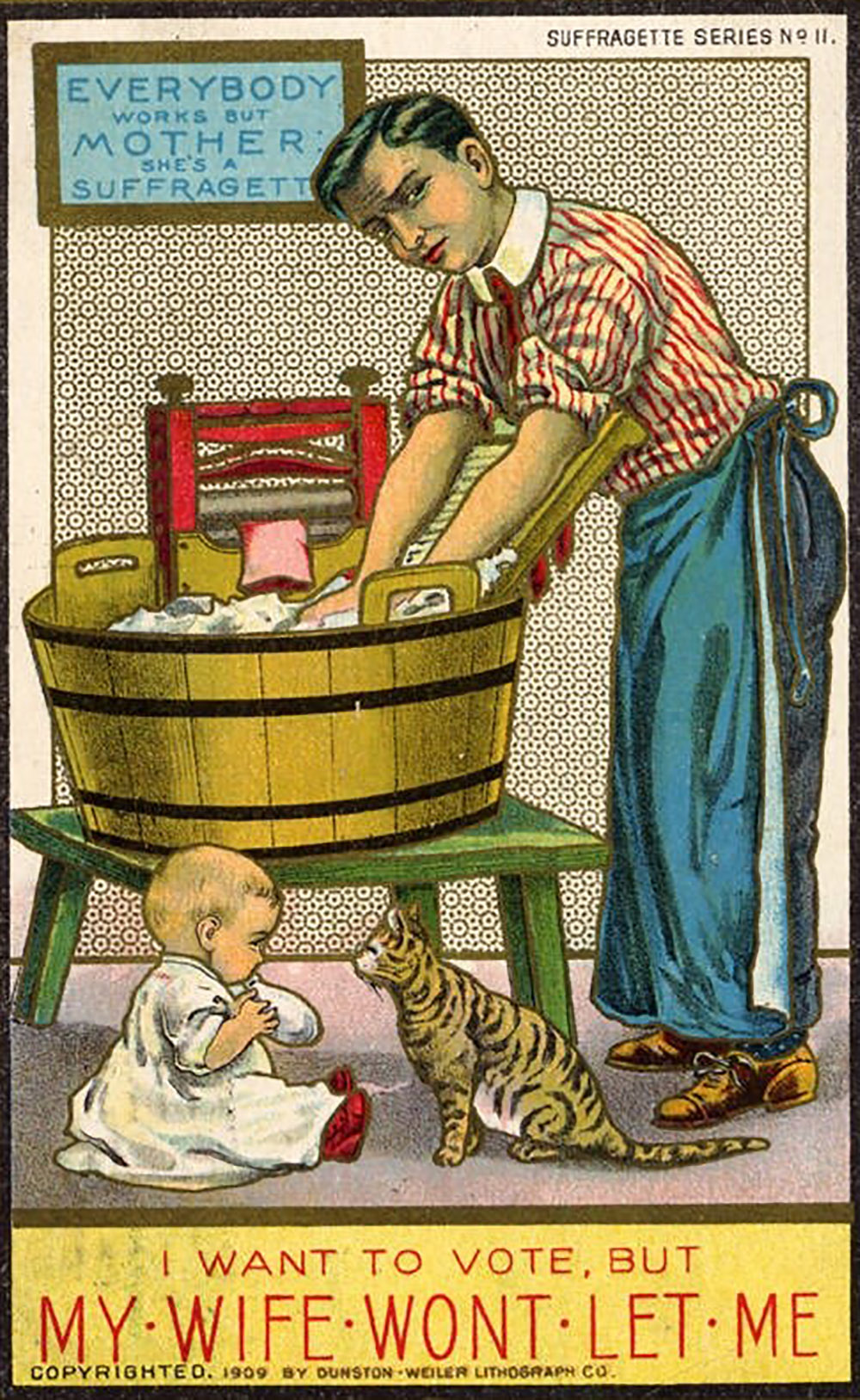 It’s no wonder then that suffragettes lashed right back, calling men dogs and brutes and publishing advice scathing marriage advice on an easy-to-read postcard like the one above.