In Kentucky, a high school student has been expelled from a Christian school after she was spotted by school officials in a picture for her birthday party. She had a Rainbow birthday cake and was smiling while wearing a Rainbow sweater.

The picture of 15-year-old Kayla Kennedy was posted by her mother, Kimberly Alford. NBC affiliate WAVE of Louisville was told by Alford that Whitfield Academy administrators saw the picture not long after it was shared. A letter from the Head of School was sent home, where Kayla was a freshman.

“It was an email expelling Kayla from Whitefield immediately due to a post on social media,” Alford said. “I feel judged, she feels judged, just very devastating for us.” In the email, Dr. Bruce Jacobson said the picture was just one of many “lifestyle violations” committed by Kenney. The picture, the email said, “demonstrates a posture of morality and cultural acceptance contrary to that of Whitefield Academy’s beliefs.”

A statement was also released by Jacobson, saying, in part: 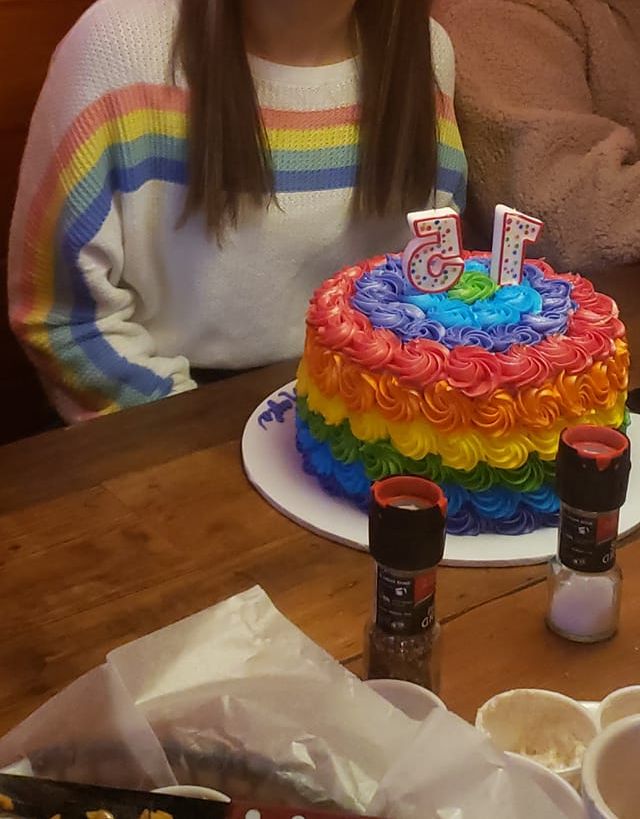 “Inaccurate media reports are circling stating that the student in question was expelled from our school solely for a social media post. In fact, she has unfortunately violated our student code of conduct numerous times over the past two years. In the fall, we met with the student to give her a final chance to begin to adhere to our code of conduct. Unfortunately, she did not live up to the agreement, and therefore, has been expelled.”

Many Christians feel that rainbows symbolize hope but they are also a well-known symbol of LGBTQ pride.

Sexual orientation is mentioned in the school’s code of conduct and it says if the student doesn’t line up with the beliefs of the school, disciplinary action can be taken. Alford doesn’t understand why they assumed that her daughter’s rainbow cake had to do with ‘representation’.

“She loves to laugh and dance and that’s just her,” Alford said. “There was nothing intended by that and even when I went back and got the receipt from the bakery, it didn’t say anything about representation, it just said assorted colors.”

NBC news was told by Alford that her daughter was on probation for ‘disciplinary issues’, such as using an e-cigarette and cutting class. Other students were not comfortable with her daughters ‘perceived sexuality’, leading to her being given the book Gay Girl, Good God by a woman who said God stopped her from being gay. A school counselor had given it to her and she had to review it weekly with the counselor.

The expulsion was appealed by Alford and she said the school agreed to change it to a voluntary withdrawal so it is not part of her daughter’s record. She still was not happy with what happened.

“You know we teach our kids what would Jesus do,” Alford said. “What would he do here?”

Her daughter is now in public school.