The Strange Collectible Known as the “Inverted Jenny”

It’s easy to imagine that with so many automated processes mistakes in production are quite rare and they often are. We tend to think of these goods as defective, but in 1918 there was a highly inflated market for one particular misprinted item and it should be no surprise that this item, the Inverted Jenny, has only grown in value since then. 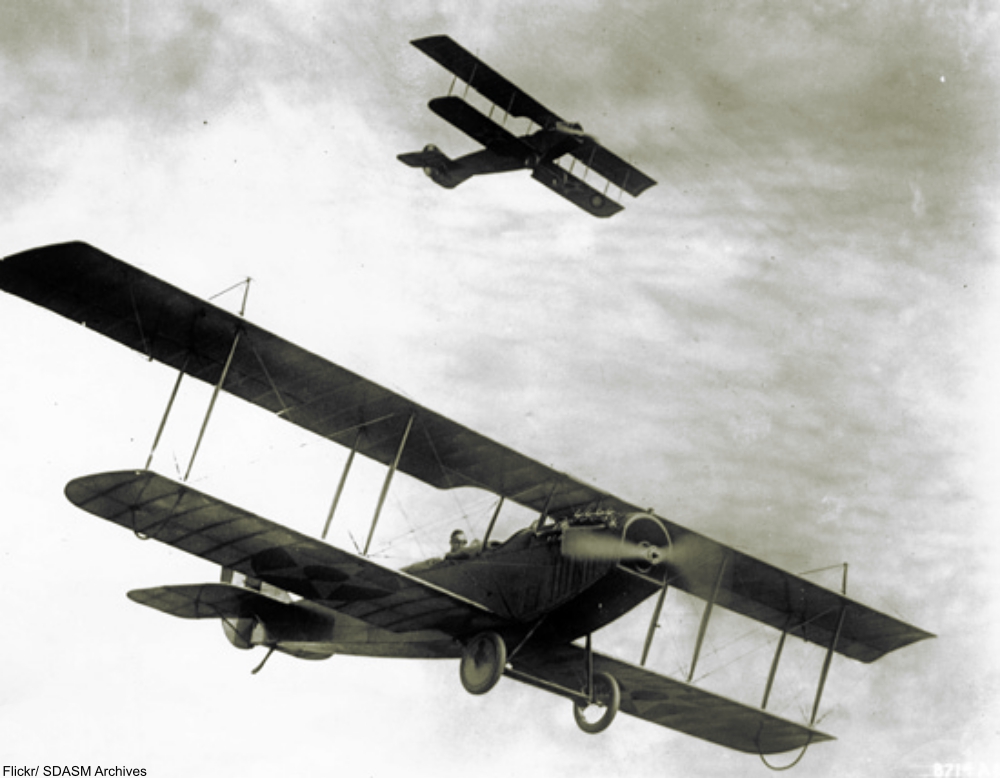 During the First World War, the U.S. military used the biplane JN-4 for training, produced by Curtiss Aeroplane Company. The plane soon earned the nickname of the “Curtiss Jenny,” or just “Jenny.”

Modified Jenny planes were put to good use after the end of World War I, with a great number changing to private ownership for flight hobbyists, while others were altered to haul mail (the second seat became a mailbag holder and the gas capacity was increased for longer flights). A new stamp featured this mail plane prominently. 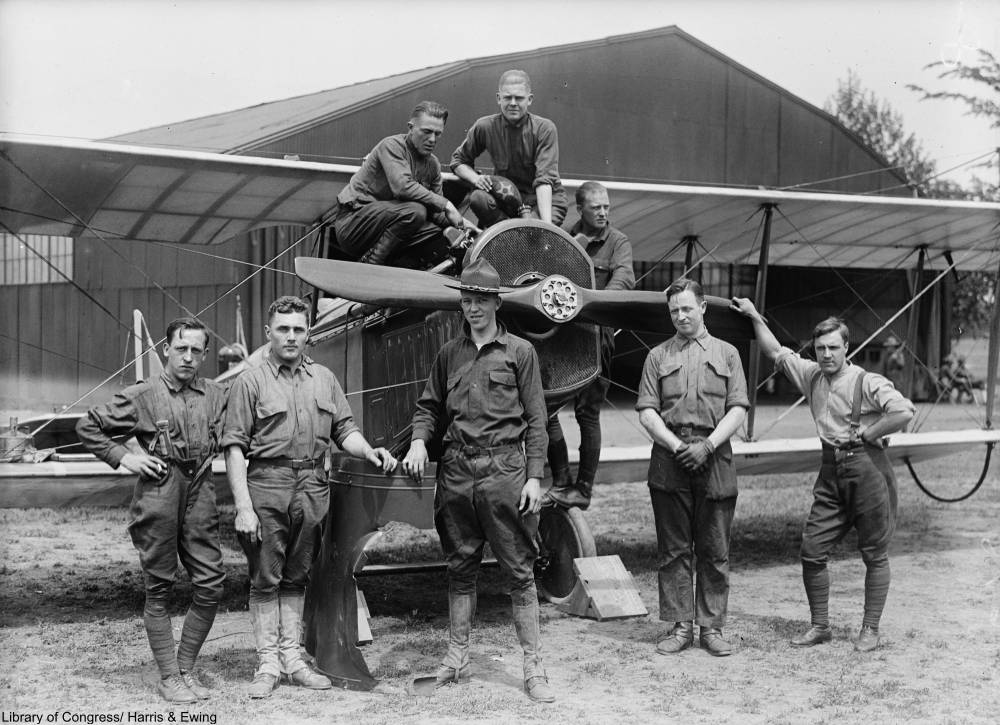 Printed in 2 colors (red and blue) in 1918, the iconic Jenny airmail stamp was designed by Clair Aubrey Houston, who would go on to design other stamps in the 1920s.

The printing process, because of the two colors of ink, was a mistake-prone affair. Several sheets were discovered printed inverted and were never sold. However, a rare sheet of 100 inverted stamps was sold to a customer in 1918 showing the Curtiss Jenny upside down. Known as “Inverted Jenny” stamps, these rare stamps are now some of the highest-selling in history. 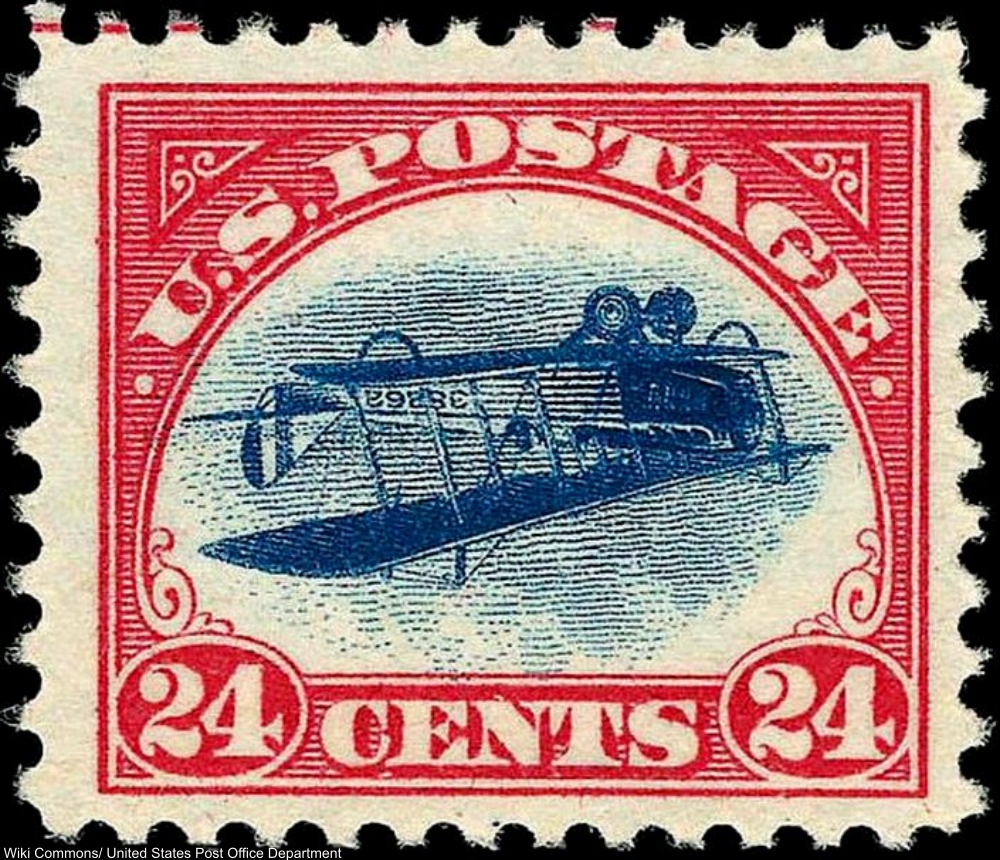 The error was noticed quickly by collector, William T. Robey in 1918, an avid stamp fiend who was hoping for just such a mistake. Robey immediately bought a sheet of 100, the only ones known to have made it into the hands of the public. Robey immediately sold them for $15,000 in 1918, a whopping sum amounting to about $246,225 in today’s cash. Requests and threats from government officials to try to keep them out of circulation went unheeded: Robey knew a good thing when he found it.

If you think 24 cents was a fortune for a stamp back in 1918 you’re correct. But, these were some of the first airmail stamps, a costly but speedy new service which required increased postage. 24 cents back then would be nearly $4 in today’s money, pricey for a letter. But consider the alternative: in 1918 the average letter could take weeks to arrive by conventional methods and airmail was a much faster service.

The breakdown of a 24 cent airmail stamp went like this: two cents for postage (per ounce), 12 cents for air service, and 10 cents for Special Delivery. The prices of airmail went down over the course of 1918, first to 16 cents per ounce and then to 6 cents. 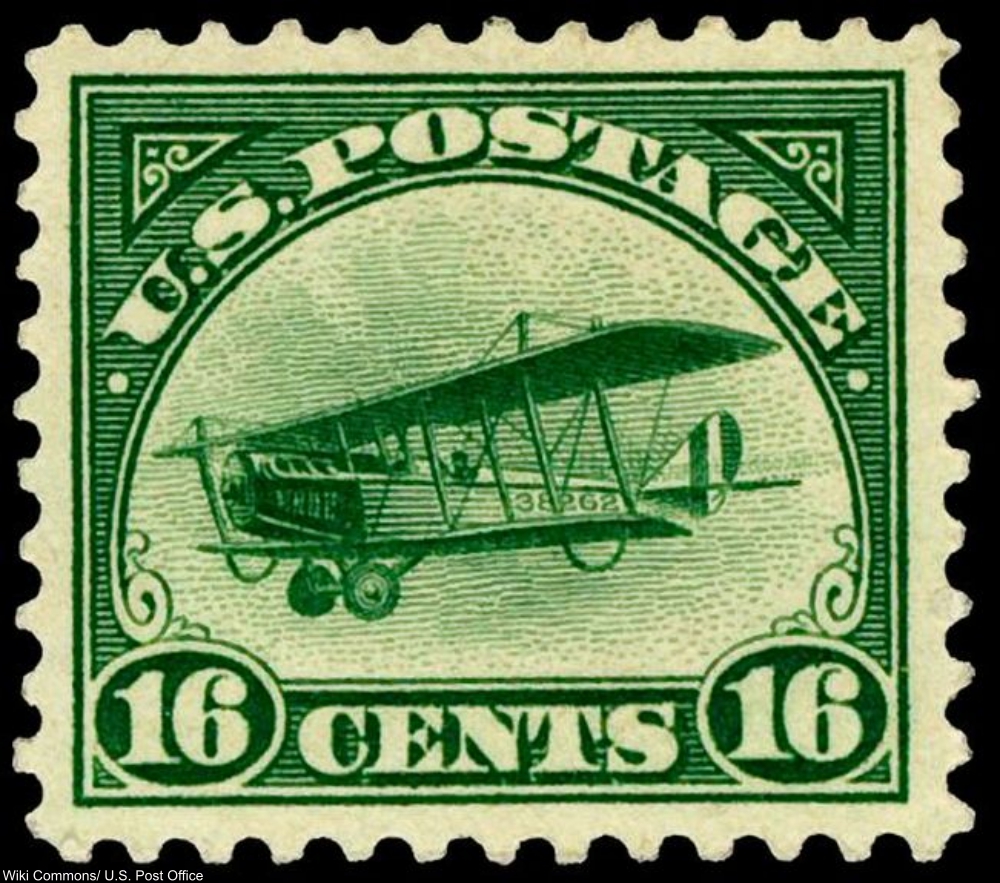 The Inverted Jenny saw a boom market in the 2000s, with some of the stamps selling for hundreds of thousands of dollars, but the market took a downturn in the early 2010s. A 2016 auction yielding $1,175,000 for one Inverted Jenny stamp, was a clear sign that the market on these rare stamps had recovered. By no strange coincidence, 2016 was the same year that Post Office reissued the Inverted Jenny as a self-adhesive stamp.

And what about the regular 1918 Jenny stamps? Well, a single stamp can sell for $10-$50 or more so they definitely have their own appeal!

Click “Next Page”to see just how elegant bus some tickets used to be!