The Fairy Tale Architectural Style That Captivated L.A. in the 1920s

In Hollywood in the early days of the film industry, the city began to draw talented people from all over to work on movies. From the late 1910s onward, the world’s fascination with film only increased. Even in the era before films had sound, movie theaters were packed with people itching to see the latest on the big screen. Once talkies came into vogue, and especially as a brilliant distraction during the Great Depression, the popularity of movies was cemented. With all the talented people working in the film industry, it’s no shock that several distinct architectural styles emerged in L.A. at the time. One of those modes is the playful Storybook style of home. 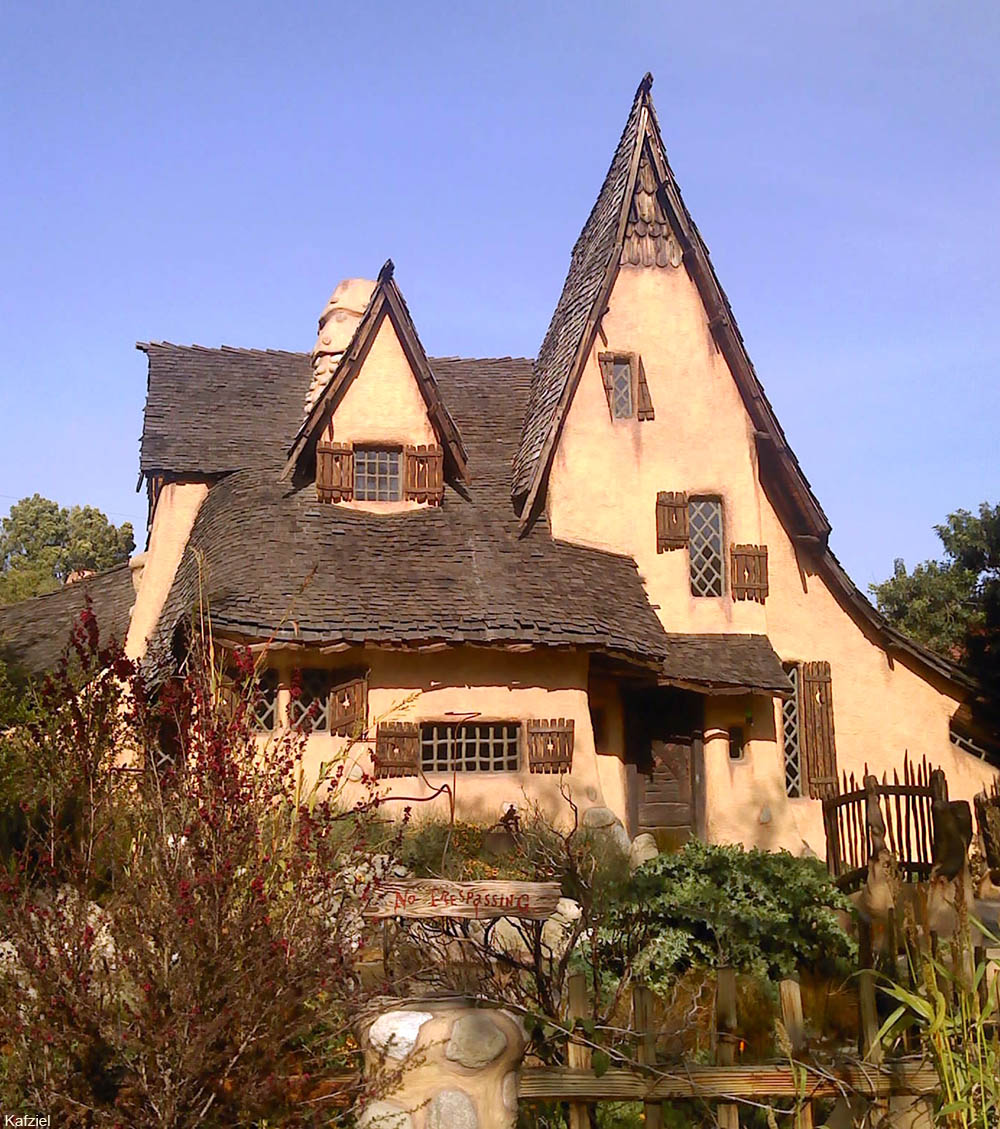 The Spadena “Witch’s House” in Beverly Hills. Via/ Wiki Commons

In the era following World War I, many people were looking for distractions of all ilk. The gruesome realities of trench warfare, mechanized weaponry, and high death tolls left an entire generation looking for the bright side of life. It was during this era that the decade of excess, the Roaring Twenties, provided many well-to-do people with an invigorating outlet. 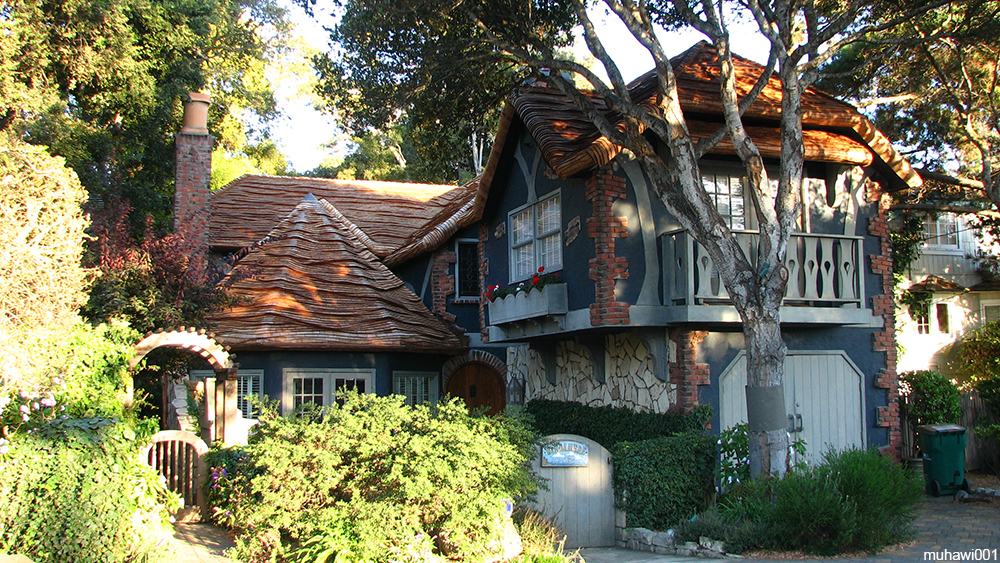 Home in Carmel, CA, in Storybook style. Via/ Flickr

One part of this trend towards fantasy and fun was found not just in the nightlife of the 1920s, but also in Storybook architecture. Popular for a time in California (among other places), the Storybook style has a short and informal history. Unlike other styles, such as Prairie or Arts and Crafts, Storybook has fewer of the defining features that make up a certain type of architecture. Instead, this type of house relies on a higgledy piggledy sort of decoration, usually combined with elements of Old World architecture like timber and plaster walls or roof shingles made from cedar.

This type of construction was not modern in the slightest, but it was used in many homes of the era. The spin on these homes would then often come from eccentric details like crooked or sloped roofs, moats, and muntin windows. One of the most famous of the L.A. Storybook houses is the Spadena House in Beverly Hills, built in 1921. This house was designed by art director and architect, Harry Oliver. He brought to the house creativity from his work on films like the original Ben-Hur, the original Scarface, and The Good Earth.

This type of ingenuity spilled out from the film sets and backdrops into homes that reflected the whimsy of the growing film industry. Designers from Charlie Chaplin Studios, and later Walt Disney Studios, would embrace this unique and jolly style in their personal homes. Popular among a certain set of Hollywood citizens in the 1920s-1940s, this type of home became less desirable after the Great Depression restricted finances.

However, one of the initial draws for this type of architecture was the low cost of adobe as an exterior finish. Combined with exposed timber framing, this gave the impression of something out of Medieval England, but in materials more suitable for the California climate. While there is no one defining feature of the style the “rolling roof” is a common aspect that immediately signals this style of house. 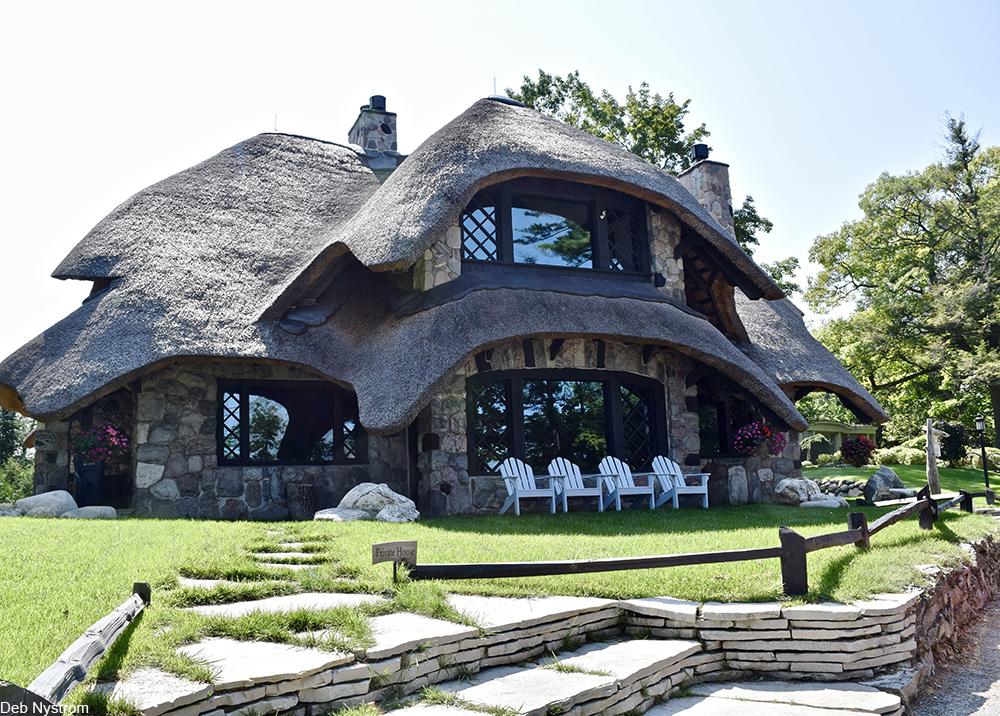 Inspired the Period Revivals of the turn of the century, Storybook at its heart is an homage to the historical styles of the past with what has been described as a “Cartoonish” take on Tudor and other styles.

Today these whimsical houses are a testament to the history of Hollywood and they are unlike most other kinds of houses you could buy today. Instead of clean, straight lines these homes offer a woppy-jawed appearance that is charming and light-hearted. However, the style can was not exclusive to L.A. in the 20th century. 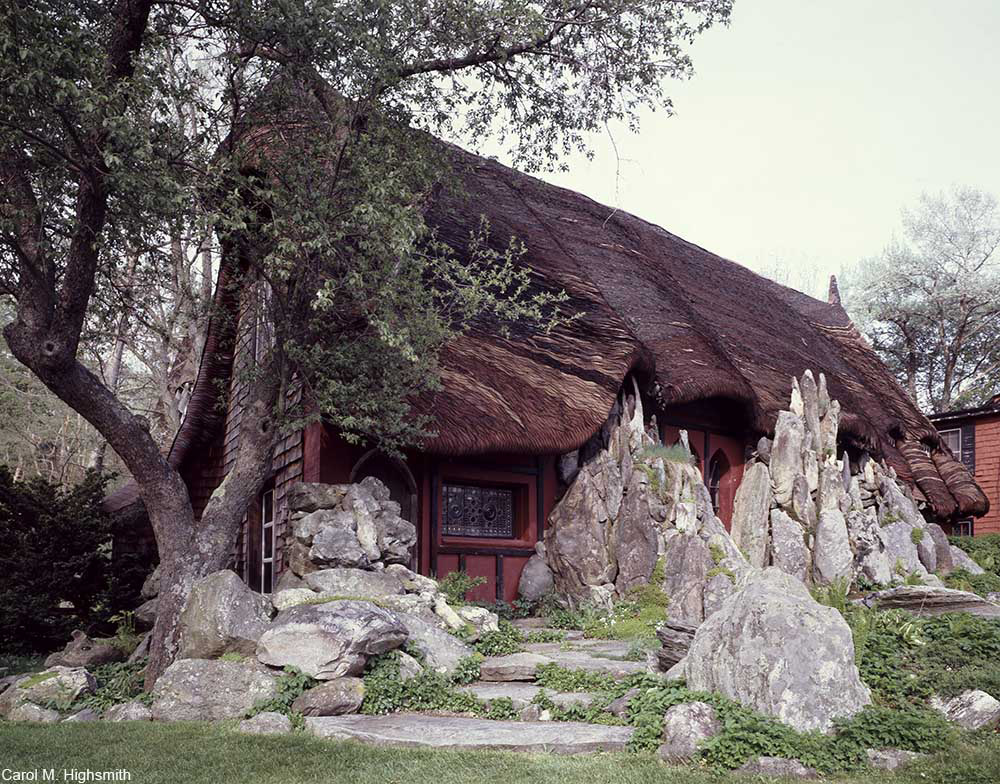 The thatched roof and paned glass of Santarella. Via/ Library of Congress

The Tyringham estate of Santarella in the Berkshires has a distinct Storybook style, with the buildings on the site ranging in age from the 1700s to 1880. The style can also be found in more modern homes, albeit with a less-intense flavor of Storybook. 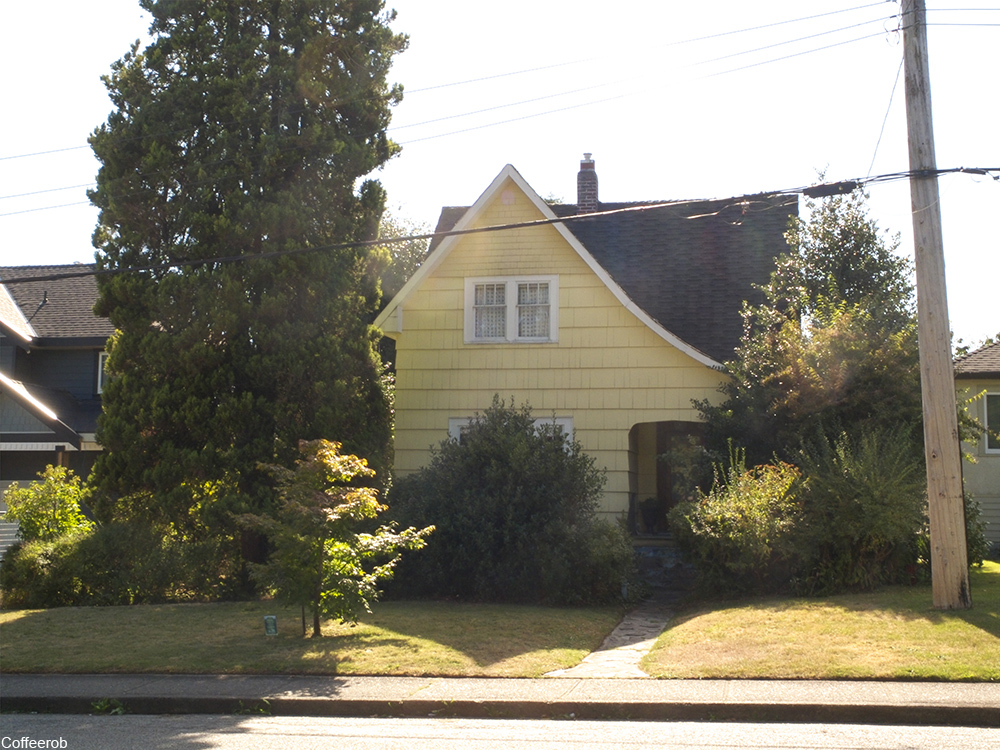 This style most recently has been an inspiration for some tiny homes, since they can be a more economical way to build a whimsical house. The fantastical style, whether large or small, is certainly not one that’s easy to forget. In fact, for some folks a Storybook house is the stuff of dreams.