The Story Behind the Real Downton Abbey

Downton Abbey (2010-2015) has been one of the most popular historical dramas to ever air. The show’s popularity was fervent in the U.S. and in the U.K. While audiences around the world have enjoyed peering into the opulent lives of a pre-Depression aristocratic family, the truth is that the Hampshire home (at least the upstairs) was no set. Now that there’s a Downton Abbey film coming up in 2019, we thought this would be a great time to find out more about this charming home which is known in the real world as Highclere Castle. 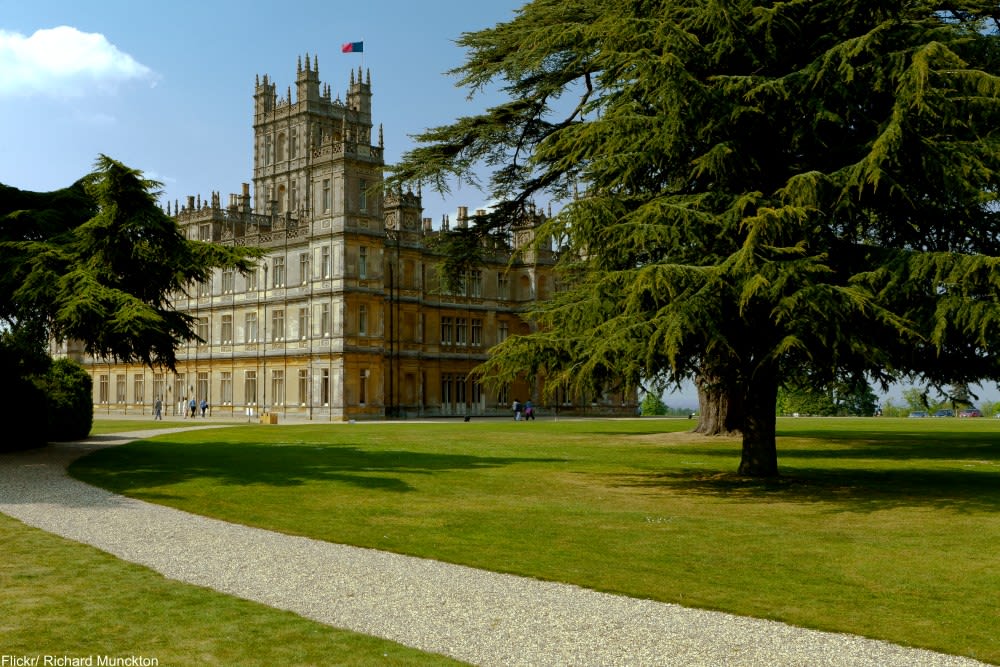 Since the year 749 people have been living on this site when the land was given to the bishops of Winchester for perpetuity, but the land was seized in 1551 by King Edward VI and granted to the Fitzwilliam family as his discretion. The landed gentry developed the house over the course of centuries after the land was no longer being used by bishops of the Catholic church. What was once a mansion was added on to for hundreds of years until it has become the towering and majestic 200 room castle it is today. 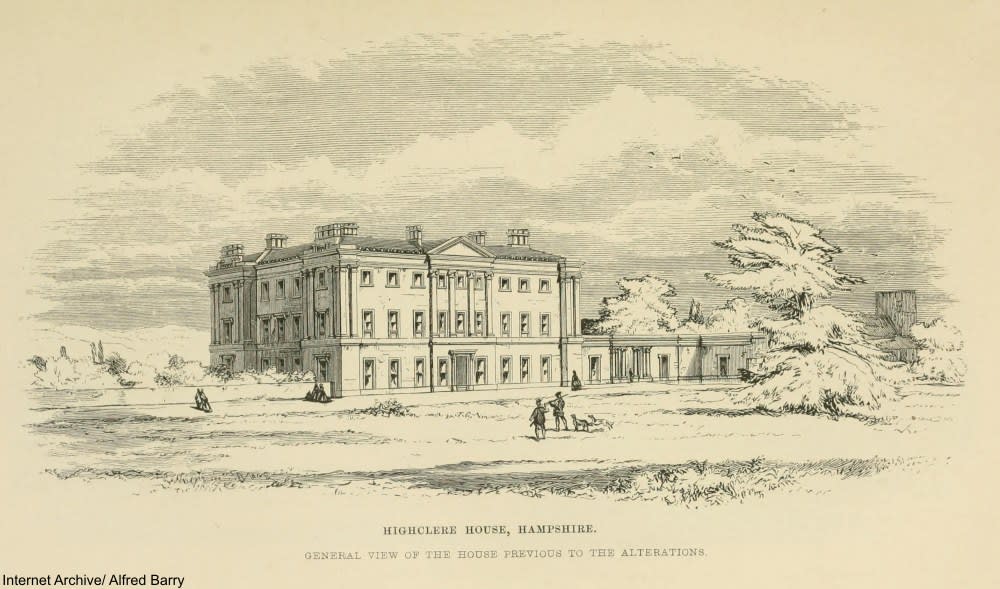 In the 1600s the line which give rise to the Earls of Carnarvon settled on the five thousand acres of land which make up the estate. From then on improvements were made to the property which can be seen today, like the gazebos in the gardens, the building of towers, and the elegant stonework that encompasses the exterior. 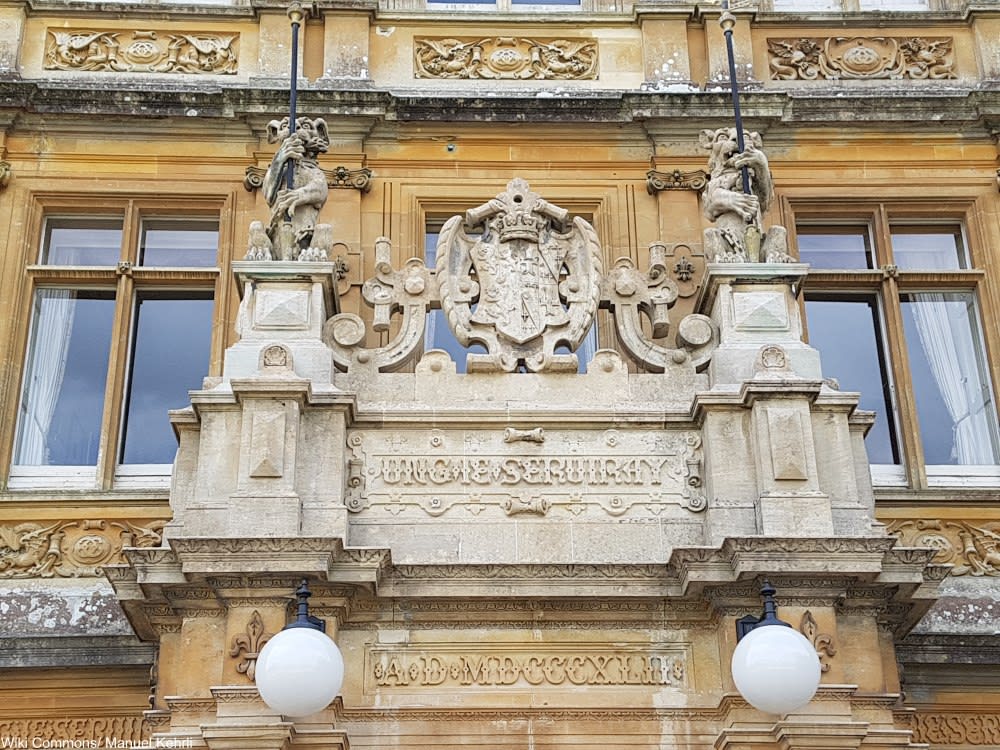 There are many parallels between the real life of the Carnarvon family and those of the fictitious Crawley family. In the TV show there is much mention of Yew Tree Farm, a plot rented out to farmers by the Crawleys. In real life yew trees play a historic role for Highclere Castle in that they mark the site of an chapel built in the 1600s, but which is no longer standing. And, just as in the TV show, the castle was indeed used during World War I as a military hospital. 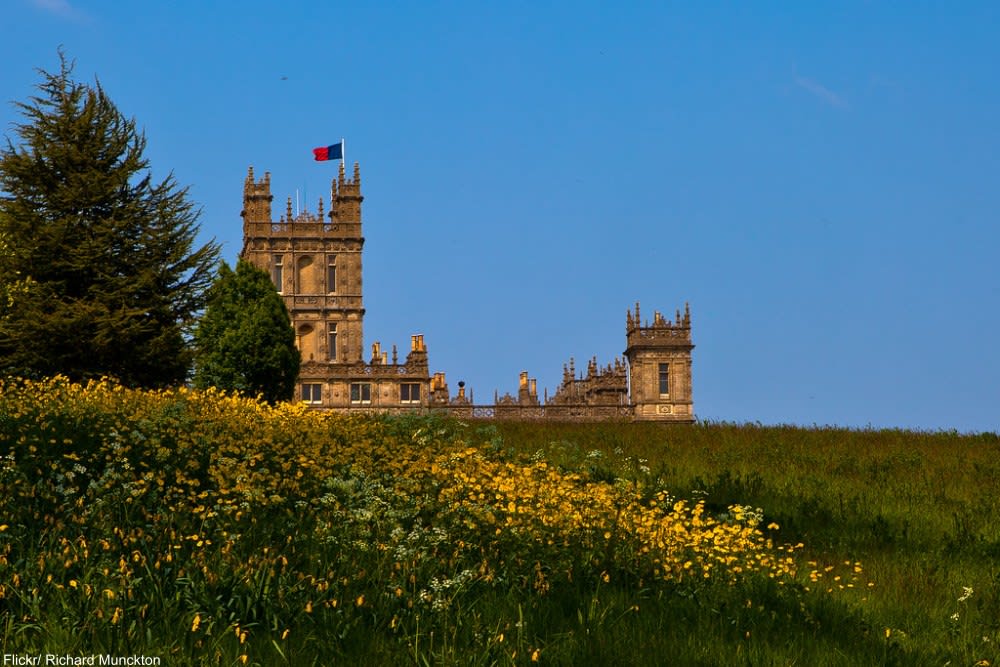 While the site offers tours, there is also a collection of Egyptian artifacts on site as the 5th Earl was quite keen on Egyptology and even went to open King Tutankhamen’s Tomb in 1922. As such the display of masks and other finds from Ancient Egypt is now its own collection at Highclere.

The 8th Earl of Carnarvon took possession of the estate in 2003, George Reginald Oliver Molyneux Herbert. His wife and countess of the estate, Lady Carnarvon, assists in the running of this complex household which pays for itself by renting space on the grounds and holding events at this now extremely famous location.

Have a look at a clip of Lady Carnarvon (also known as Fiona J. M. Aitken) being interviewed a few years ago on the history of the castle and what the filming of Downton Abbey has meant for her family (including what the film crew broke on the first day of filming the first season).

The opulent mansion of John Ringling: Click “Next Page” below!