Starbucks baristas have a tough job, don’t they? We wouldn’t want to be the ones who have to deal with all of the cranky customers who come in first thing in the morning for their java fix. In addition to these concerns, they are also forced to come up with all of the secret menu items that patrons are always learning about. It’s not easy work, that is for sure.

That’s what makes this video such a hilarious one. Anesti Danelis is this man’s name and he’s a budding musician with a channel on YouTube. When it was time for him to quit his job, he decided to do so through the majesty of song. The video that he made of this moment is racking up the views and rightfully so. It is a pretty catchy ditty if we do say so ourselves.

“Hello everybody, can I get your attention super quickly?” is how the video starts and it only gets better from there. He starts the song by letting his coworkers know how much he loves them. His beef is not with them. He makes it clear from the beginning: this song is not for them. It is for his manager. This is a blistering tune, for sure. The profanity does not keep it from super catchy, though. 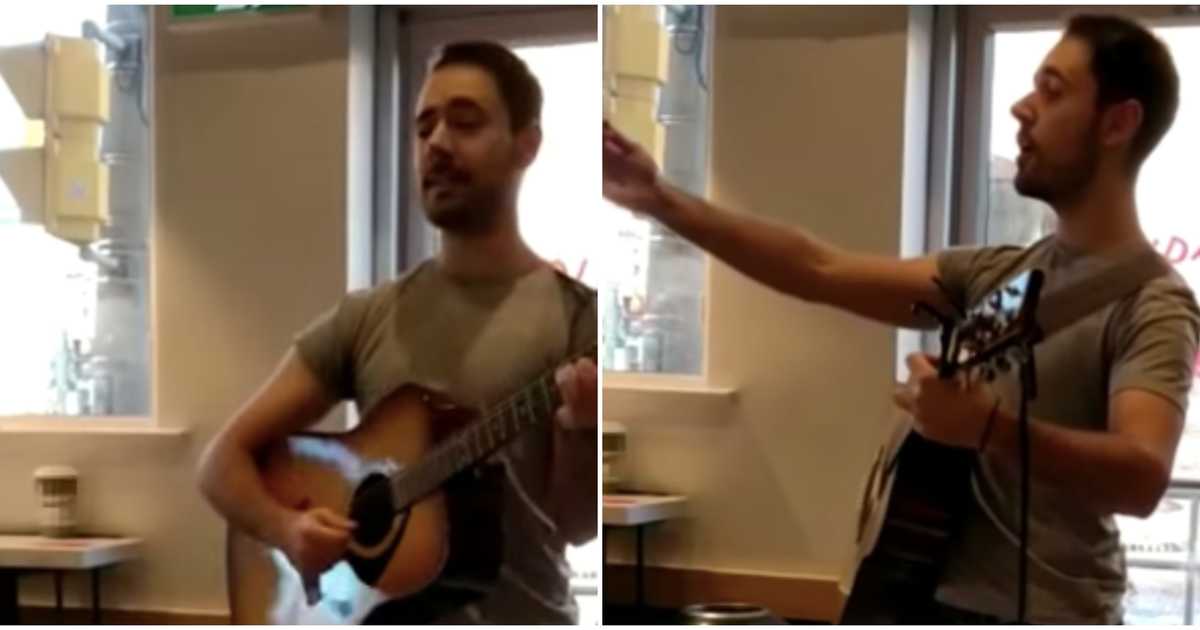 Anesti has a lot of ill will for his manager and rightfully so. Can you believe that this manager laughed directly in his face about getting a promotion? The manager also tried to fine him for minor infractions. Of course, he had to tell him to take his job and shove it up his….you know what! We are not going to repeat exactly what he said but we are sure that you can guess.

He had some other choice words for the manager but we cannot repeat them here. This is a family-friendly zone! To see the full song for yourself, you are going to have to check out this hilarious clip. We cannot tell if this man is a hero or a menace but to be honest? We are leaning towards hero. He’s an inspiration to everyone who has struggled with a job that they did not want to work at anymore.