If you don’t like spicy foods then you might not know about Sriracha sauce. However, if you do then you probably always have a bottle on hand. Just one dash of this fragrant and powerful sauce can add a little zing to dishes, while die hard fans slather individual bites with the magic sauce. But, the story behind the sauce isn’t a straightforward one. 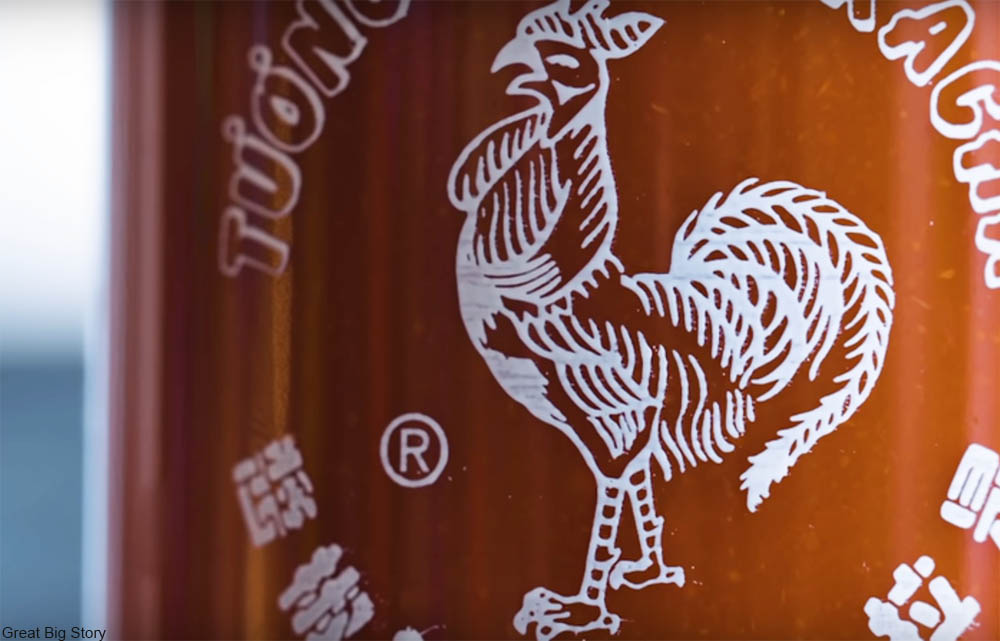 The most popular version of the sauce is made by Huy Fong Foods- founded by Vietnamese refugee, David Tran, in 1980. The sauce is named after a city in Thailand and is made in the U.S. under Tran’s label, a rooster in honor of his Chinese astrological birth animal. The name of his company, Huy Fong, was taken from the ship that brought him from Saigon to the U.S. The green cap symbolizes the freshness of his peppers (unlike some brands he uses only fresh peppers instead of dried).

The sauce is a simple recipe, with only 8 ingredients, and is often imitated. The formula goes like this: garlic, sugar, peppers, and a few other ingredients to make a tasty sauce that goes well on most foods. 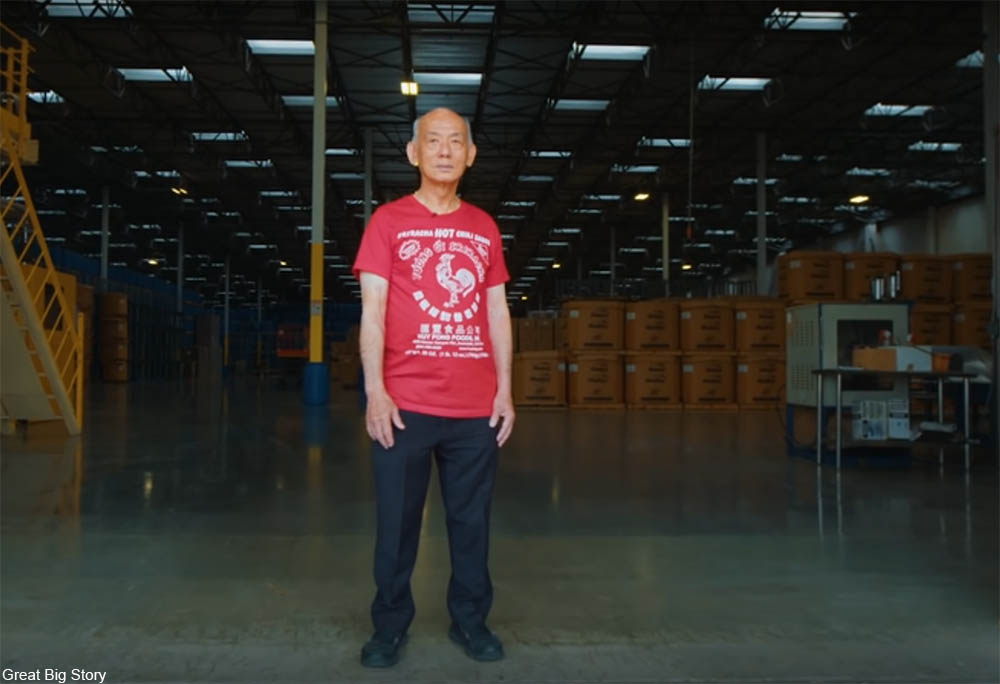 Since the early 2000s Tran’s sauce has taken off globally, with t-shirts, Halloween costumes, travel sauce bottles, and other cult items freely available to mega-fans of the hot stuff. There was a 33-minute documentary made about Tran and his sauce in 2013, but you can watch a much more succinct video about it below.

Have a closer look at how the sauce is made and why so many people love it!