When it comes to athletic ability, there are those who have it and those who don’t. Most of us tend to fall on the side of those who don’t, or at least we only have enough to be a legend in our own mind. Every once in a while, however, someone steps up to the plate and knocks it out of the park, and that is where Leah Shutkever comes in.

As a Guinness World Record holder for the fastest time eating a burrito, Leah has some serious skills. She is a professional speed-eater and, in true championship form, she wasn’t happy with her current record. That is why she decided to break her own record. I’m not sure if it is because she loves burritos or if she loves victory, but she got a taste of both with her effort.

First of all, it is important to understand that Shutkever already holds the record for the fastest eating of a burrito. Second, she isn’t someone who downs the burrito in a minute or two. Most of us could do that if we have the right motivation. She went on record by eating the burrito in 44.20 seconds, an incredible display of athletic ability. 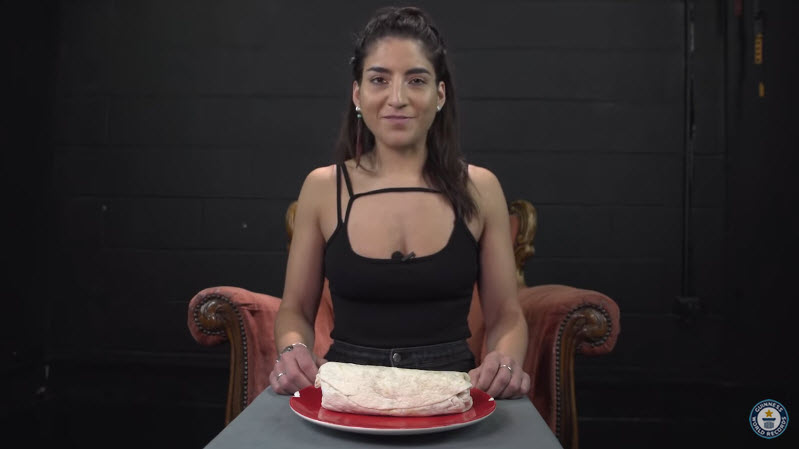 Shutkever is not limited to eating burritos quickly. She holds a number of records in competitive eating. In order to prepare for her shot at the record, she sat down for a chat. It seems that she is looking to break through some misconceptions that people have about speed-eaters. You can also tell that she is nervous. Even if she is only going after her own record, she is still feeling the pressure.

As a final prep, she takes some deep breaths and then goes for it. If she is going to beat the record, she has to do it within 3 tries. Unfortunately, she loses the first try and has to move onto the second. She falls short of the mark with the second try as well. Later, she talked about why she fell short. In order to overcome it, she decided to take faster, smaller bites. That is when she jumps in for her final try.

Will she make it? Watch this video to find out: