We were so keen to eat what the astronauts ate that we gladly drank down our Tang every morning. We felt so futuristic! Of course what the astronauts ate was often quite different from what we were sold. Still, we didn’t know any better and at the time we were simply delighted to try all the high tech foods that signaled the beginning of the Space Age. 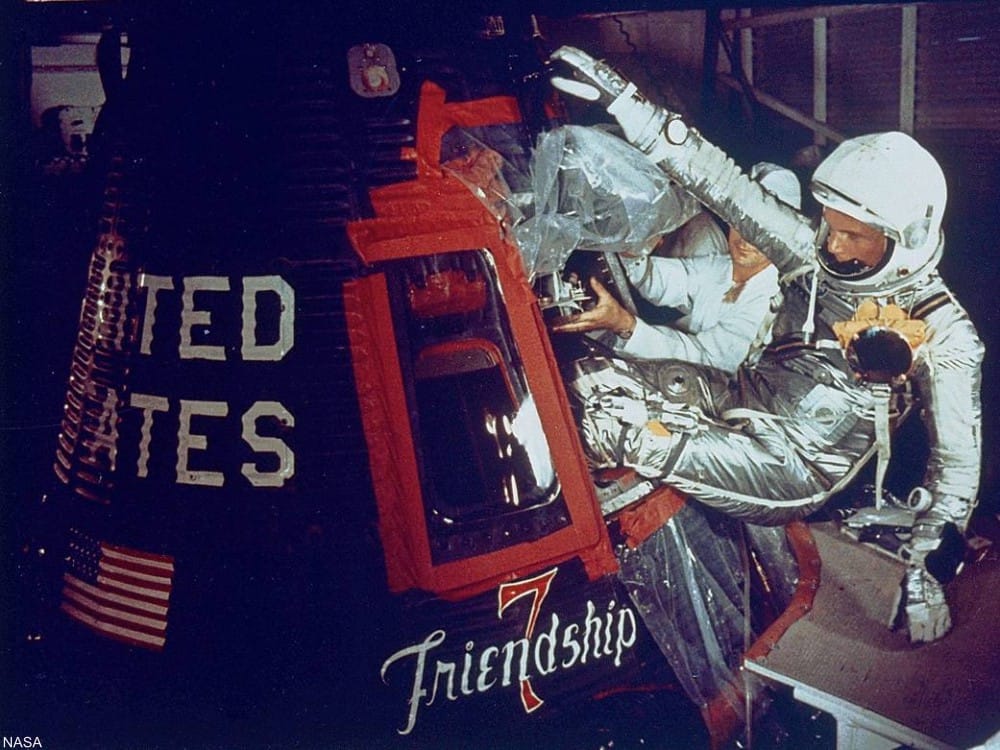 The name didn’t lie and that’s kind of what we loved about this drink. The sharp citrus flavor is unlike anything else. We had this most mornings for a long time as kids, when we weren’t having orange juice, that is.

Many of us have assumed all these years that Tang was developed for NASA, but the truth is that the drink was created in 1957 for the private sector. The powdered drink was used on early space flights to help the taste of the filtered water that astronauts had to drink on their missions. 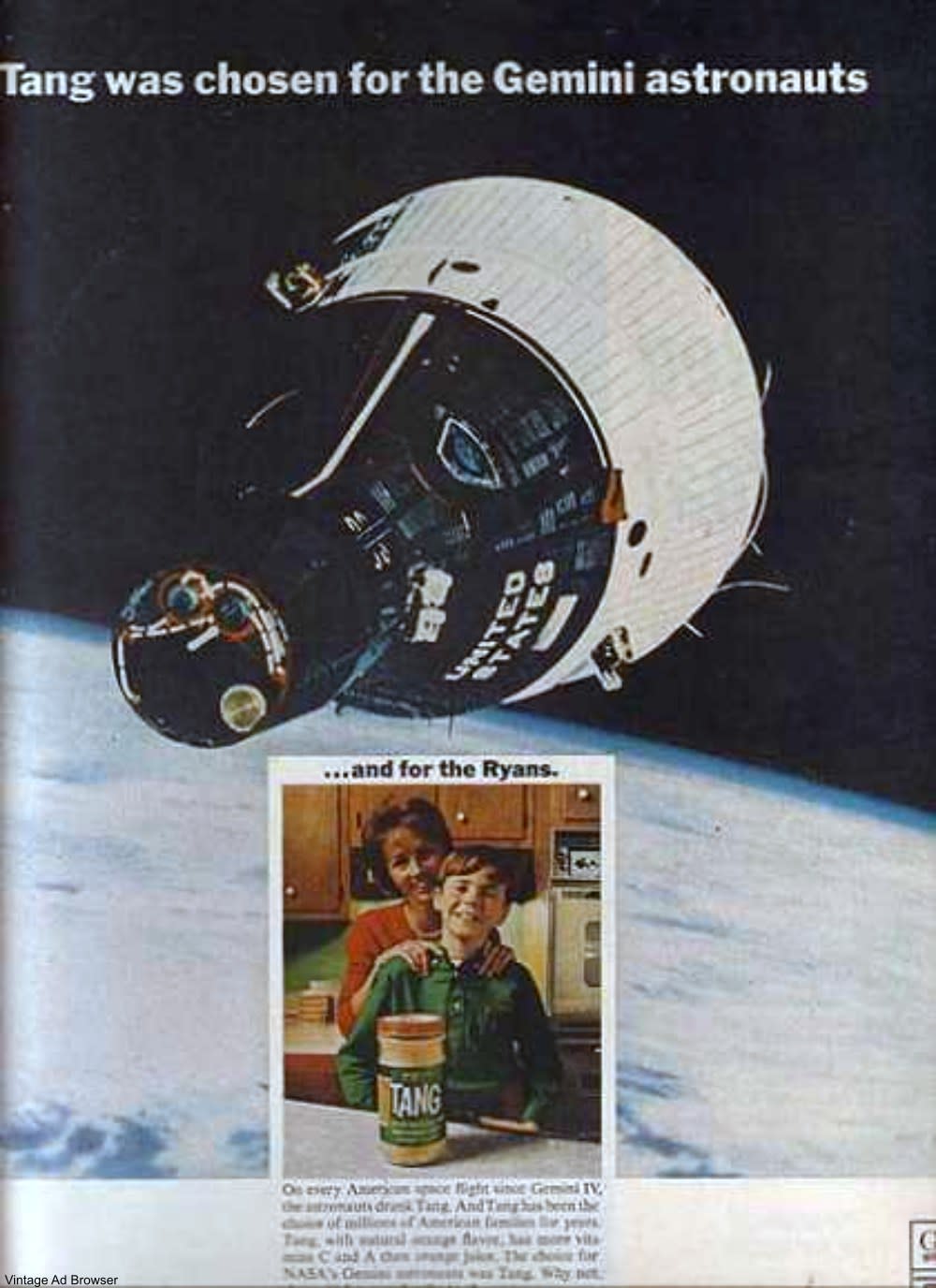 Freeze-dried ice cream was the pinnacle of all astronaut food for us as kids. The crumbly texture was somewhat chalky, but that didn’t stop us from enjoying this technologically advanced treat. The funny thing is that all this time we thought this is what astronauts ate in space!

The truth is that astronaut food is specifically designed not to crumble, because at zero gravity the crumbs float into every nook and cranny of the equipment, making astronaut ice cream supremely unsuited for space travel. This is why it was rarely (if ever) actually eaten on a space flight. 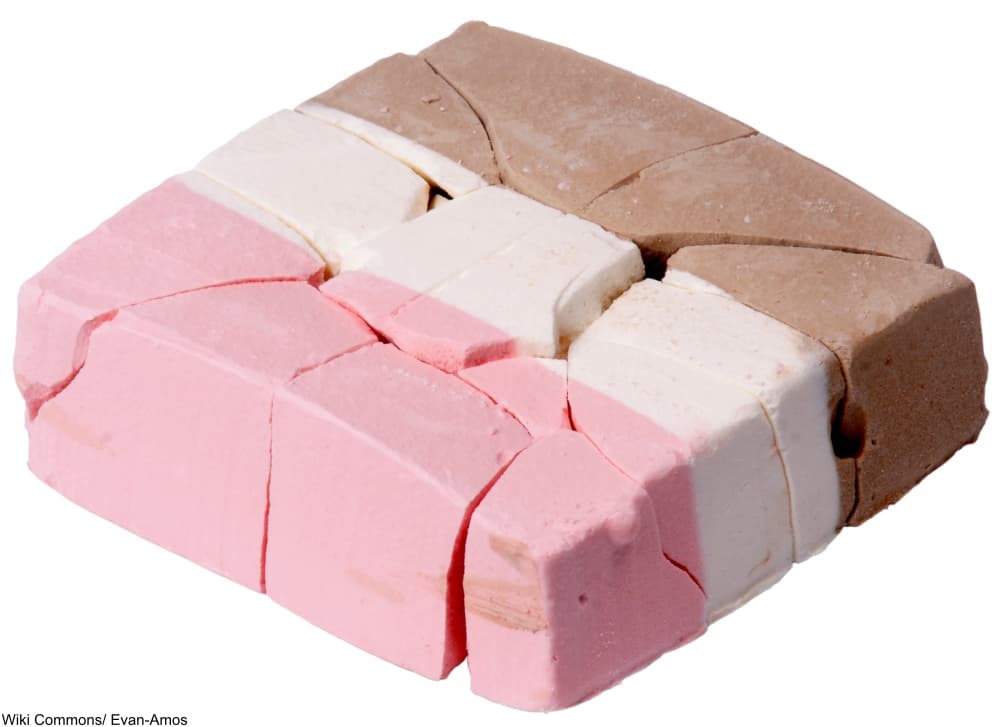 Compared to today’s energy bars, Space Food Sticks don’t seem all that strange. But, compact, fortified, formed bars were not all that common back when we were growing up. That’s why these sticks seemed so wild. The rod shape was designed to fit into a hole in an astronaut’s helmet as a contingency food that was very stable and could quickly provide nutrition without leaving one’s spacesuit.

They were developed by Pillsbury for NASA and later marketed for the average family and for children. And who could forget the knock-off version: A-OK Space Energy Sticks!

Apparently the recipe to make these at home is not so complicated, and the sticks are so popular that there was once even a Space Food Stick preservation society for people who really loved these snacks!

We pictured John Glenn, Neil Armstrong, and Buzz Aldren making instant coffee in space and having instant pudding for dessert. In reality, most missions had a mix of dried/dehydrated or chlorine-soaked fresh produce to take with them into space.

Foods like dried fruit were bite-sized and easy to eat, without the cloying flavors of chlorine or preservatives which were found in the ready made meals also aboard). Early space missions did not carry instant pudding or Snack-packs, but did carry freeze-dried pudding. 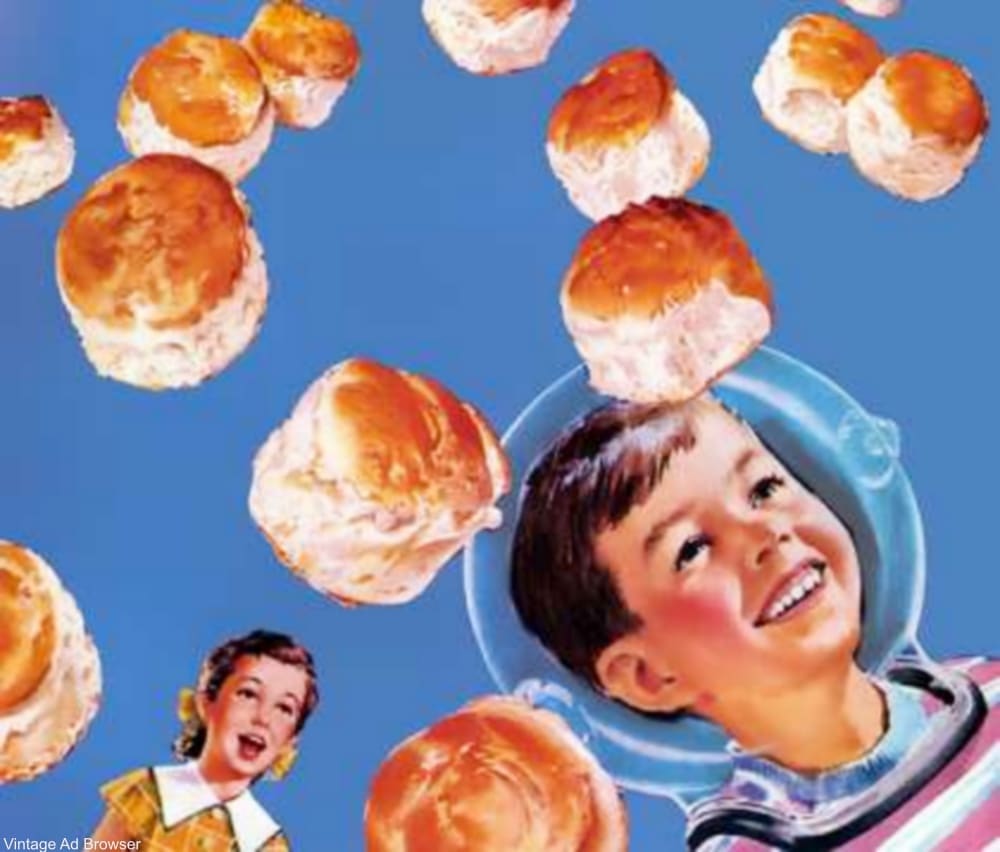 Click “Next Page” to see the rest of the space foods we grew up with!