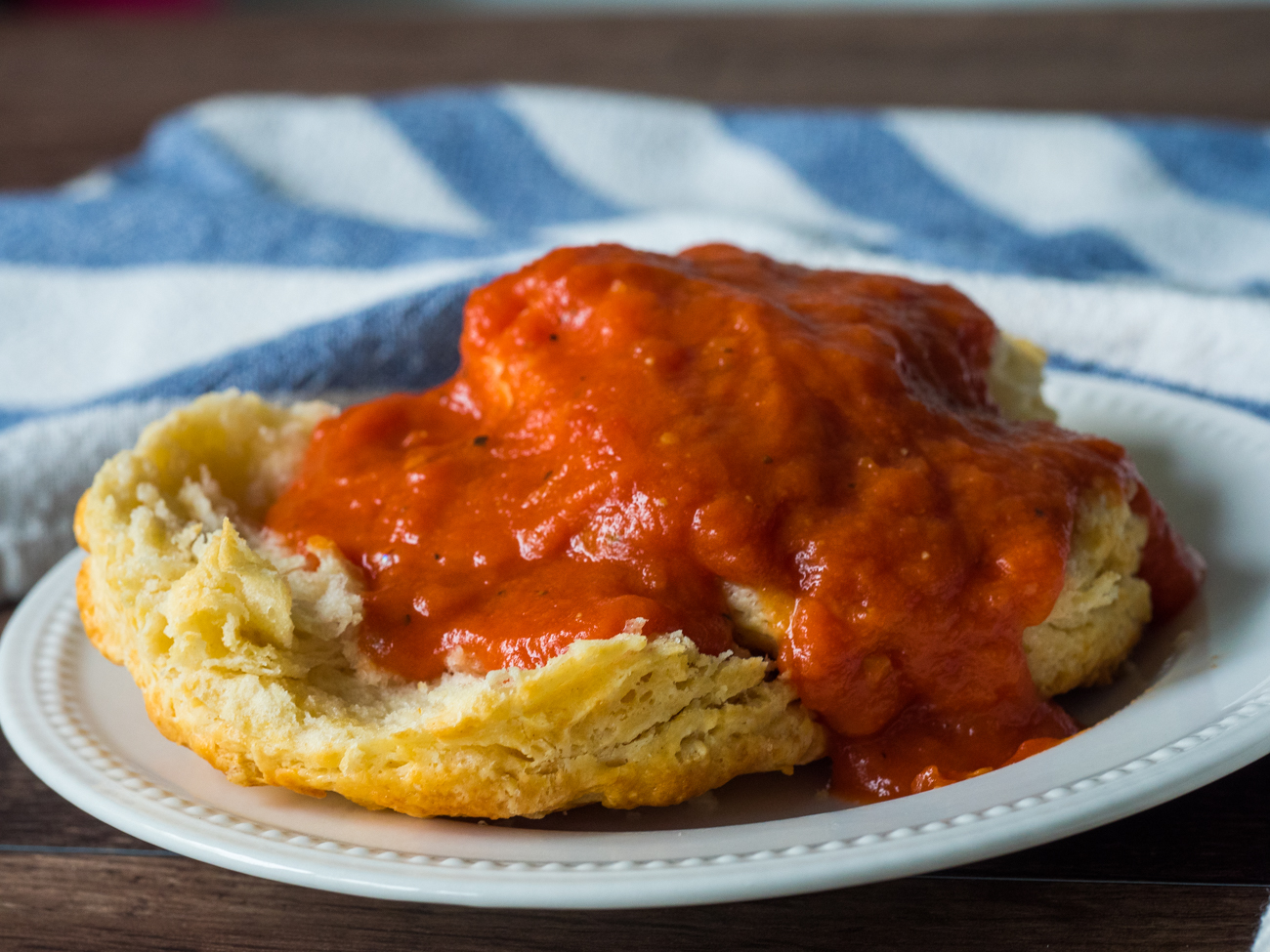 If you’re not from the south, you might have never even heard of Tomato Gravy. (I know I hadn’t!) If you’re only accustomed to gravy as something brown served over a hunk of meat, then at first this scarlet version might sound pretty odd. But it turns out to be a most excellent celebration of summer’s sun-ripened bounty and luckily it works for lunch or dinner just as well as it does for breakfast. (Because any time something is this good, it’s nice to have three chances a day to eat it.)

You might be wondering, “How does this differ from tomato sauce?” And I promise that, at most, they’re distant cousins. See, tomato gravy starts with fat – either butter or bacon drippings or sausage fat – and that fat imparts a silkiness and flavor that lingers far longer on the tongue than the bright flavor of a marinara. Not that this isn’t bright – it is, and it still has that sweet and savory thing going on, but it’s got a little more oomph to it. 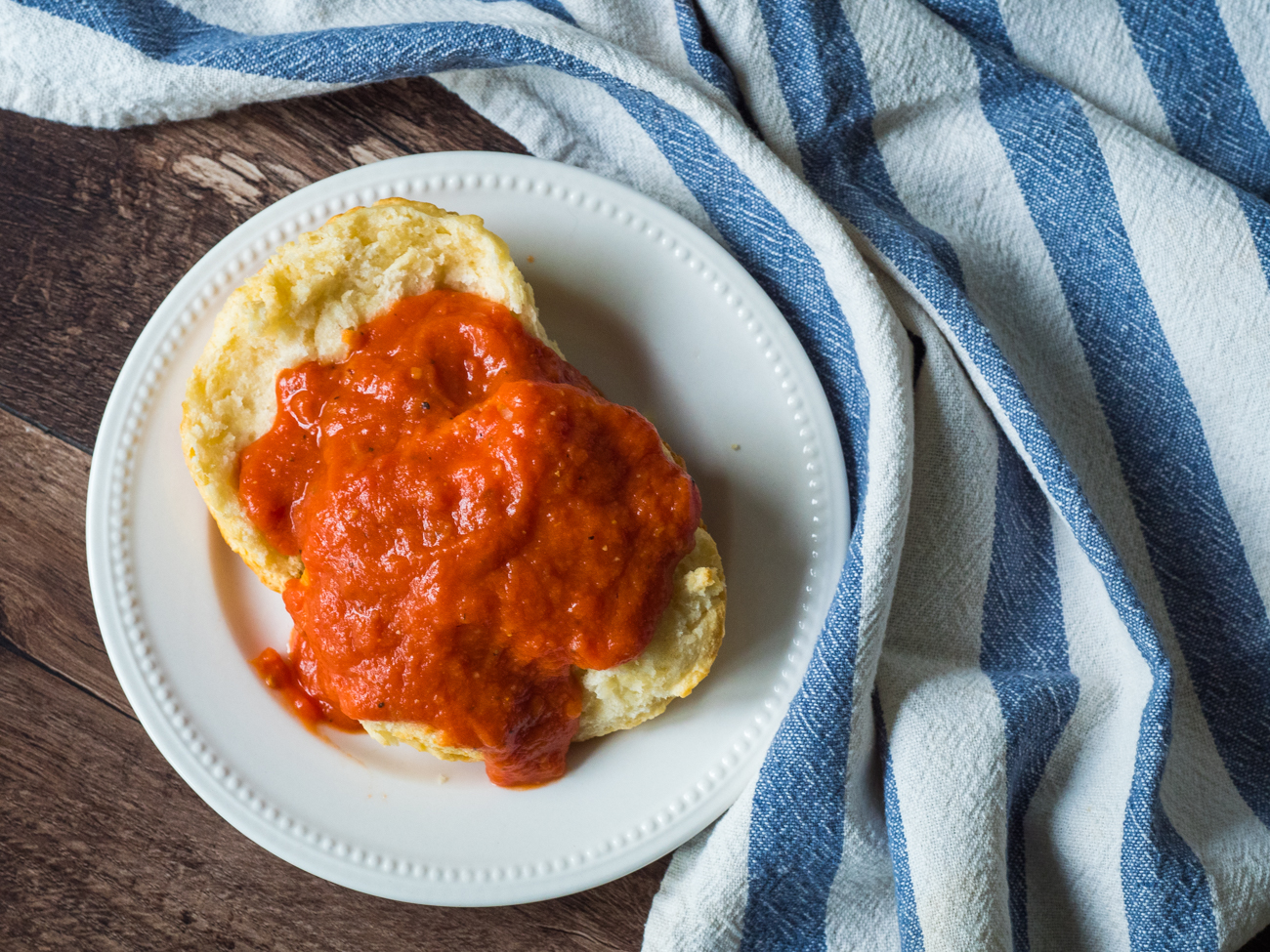 Tomato gravy comes from Appalachia, where it likely took the place of sausage gravy when there was no milk to be found but there were plenty of juicy, fresh tomatoes right off the vine. In the late summer months, this is best made with tomatoes just in from the garden, but a can of crushed tomatoes is a perfectly fine substitute when the craving strikes during the colder months of the year. 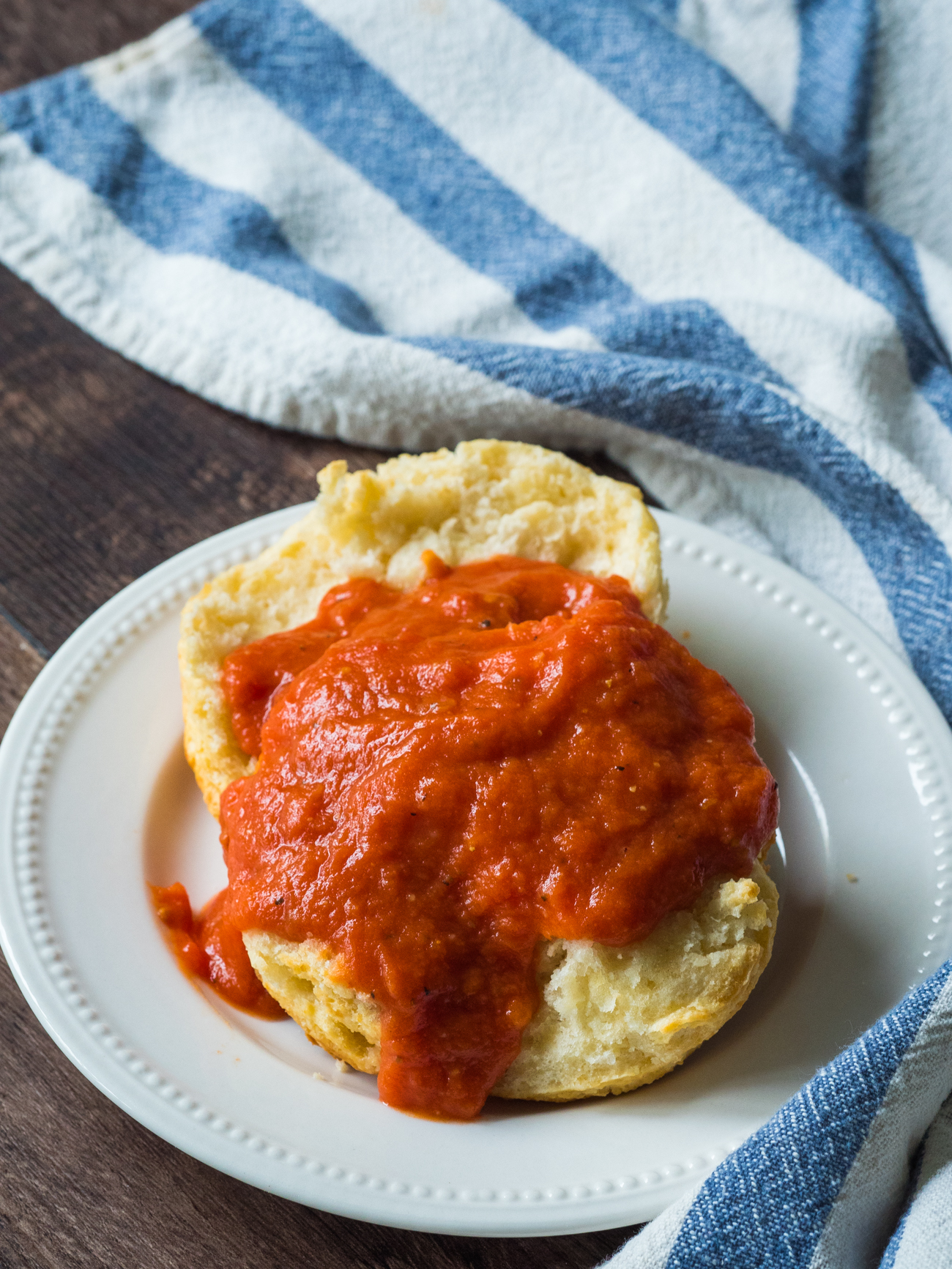 If you’re using fresh tomatoes, your first step is going to be to cook them down a bit with some chicken stock until their flavor has reduced. If you’re using canned, just go ahead and start with the roux before you dump ’em all in. Either way, the serving options are nearly endless – you can pour it over biscuits or scrambled eggs, grits or rice… even a thick slice of meatloaf. Just be forewarned, they’re all so good that it’s hard to find a favorite. 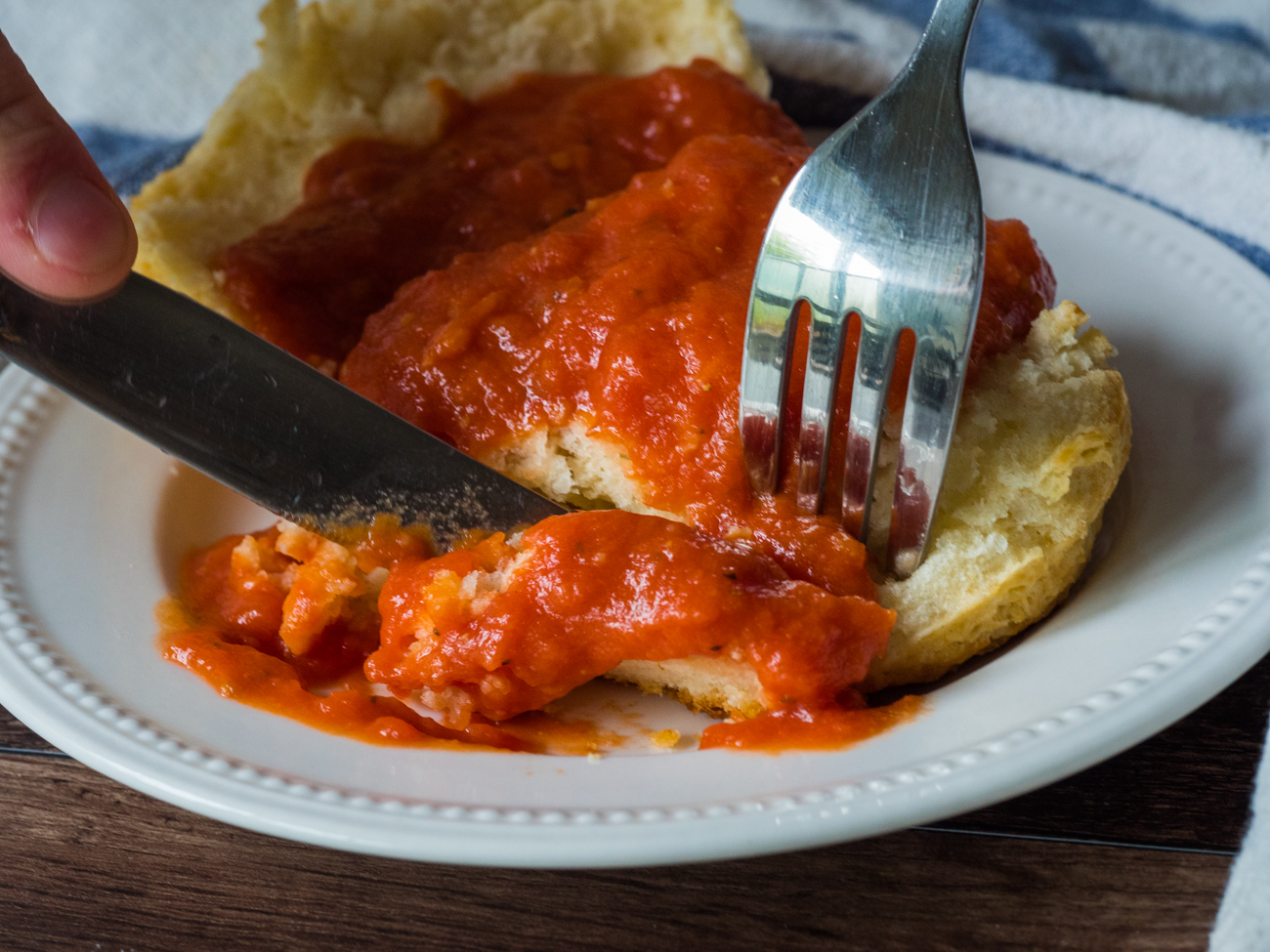 Adapted from Buy This Cook That.