In case you weren’t aware, the recent movie “Sonic the Hedgehog” is based off the video game franchise, originally put out by SEGA. For those of us who grew up with Sonic, it’s a chance to reminisce on the good old days. And in order to commemorate the silver screen debut of Sonic, Build-A-Bear has released a brand-new plush toy in the likeness of Sonic!

According to Popsugar, the stuffed toy includes the signature red shoes and gold ring that are iconic to Sonic. It is certainly a collector’s gift item, and retail begins at $46 – including the accessories! It would be a little less – about $29 – if you forgo the accessories and just get the toy.

The description of the item states, “Go on a rip-roaring adventure with Sonic the Hedgehog! This action-packed Sonic stuffed animal is a whole new speed of a hero with its blue fur, plush spikes, and red paw pads.”

While Build-A-Bear is normally targeted at children, there are plenty of adults who will undoubtedly want to get themselves one, too! But if you are too shy about going in person, you can get the whole set on the website! 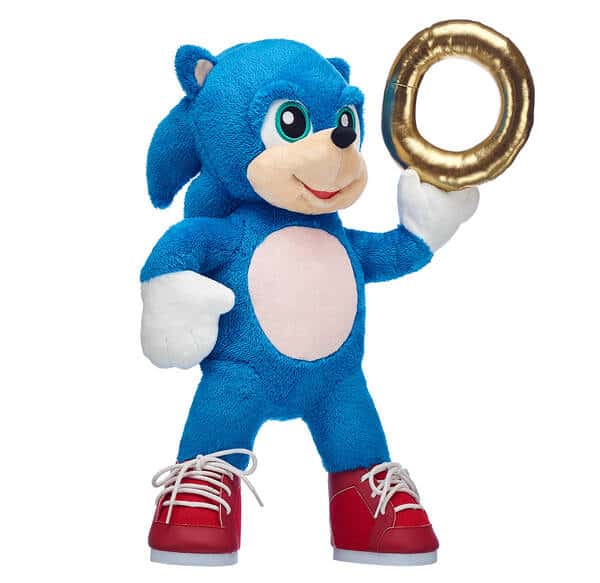 The accessories can be sold separately – with the shoes only costing $9.50. Their product label says, “These red stuffed animal shoes are sure to give your furry friend the super-sonic speed they need! They feature the Sonic the Hedgehog logo on the sides.”

Furthermore, you can also get the gold ring, which attaches to his paws, as a separate piece for only $7.50 – and that product is described as, “You gotta go fast if you want to add this awesome gold ring to your Sonic the Hedgehog! Sonic’s trademark gold ring attaches to his paws as a plush wrist accessory. Collect this ring and add to the adventure!” 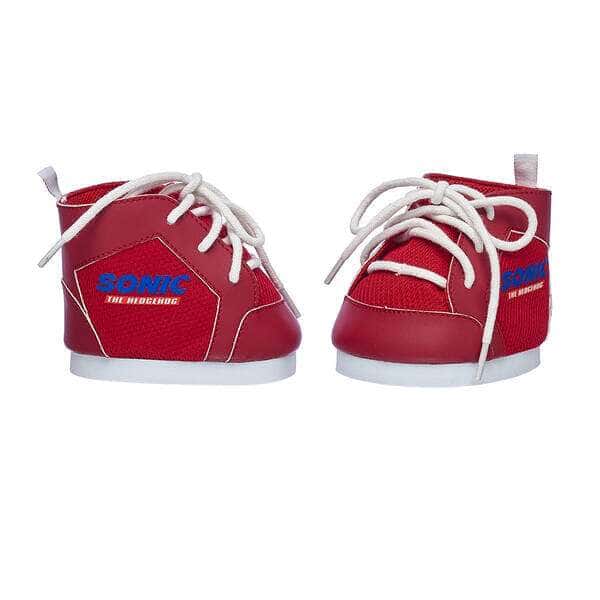 If you are getting this item as a gift for someone else – or even for yourself – you do have the option to personalize it. It features the ability to record a message in your voice, or choose one already available from a recorded list.

Further, there is the chance to include certain scents such as coconut caramel cookie, cotton candy, and vanilla cupcake among others. 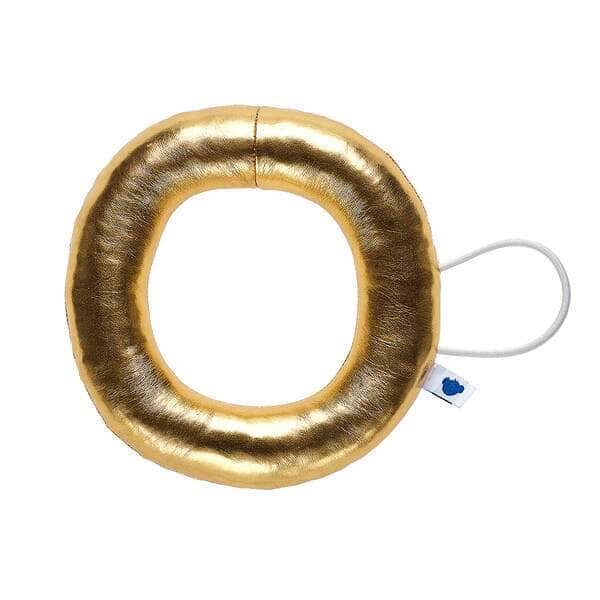 So, if you know that someone would love a personalized Sonic that smells like cotton candy then this is the perfect gift for them! But don’t wait, we’re sure this item won’t last long on shelves.

The movie itself is already making quite the stir reports Variety. Not only has it been receiving mostly positive reviews, with a Rotten Tomatoes rating of 64%, but it has blown up the box office! It’s opening weekend over the four-day President’s Day holiday saw it generate $55 million across 3,150 North American locations. And we doubt it will be stopping there!

Watch the trailer below: