With Christmas everything already up in stores before Halloween has even begun, it’s kind of impossible not to start thinking about the most wonderful time of the year.

When you think of Christmas what comes to mind? I’m sure it’s probably some kind of combination of roast ham and turkey dinners, Christmas lights, snowfall, trees, cozy fires, baked goods, and eggnog. That special Christmas drink is very heavily embedded into American holiday tradition. It goes way back, and it’s said that even one of our Founding Fathers, George Washington, had his very own eggnog recipe. Granted, his was very heavy-handed on the booze, consisting of 1/2 pint of whiskey, 1/2 pint of rum and 1/4 pint of sherry – talk about holiday cheer!

But don’t worry, this eggnog recipe that I’m about to share with you won’t have you pants-less and insisting your Uber driver take a detour through a Del Taco drive-thru at 2 am. It’s actually much tamer than Washington’s recipe. The clever new way of enjoying eggnog is actually by creating delicious eggnog fudge!

Everyone loves a good fudge at Christmas time, so the best part of this recipe is that it’s not only super easy to make, but it also sounds very impressive and sophisticated. You’ll easily outshine Karen and her stale old sugar cookies at any holiday parties or potlucks this year.

Eggnog fudge is also a great gift idea, as it’s delicious and doesn’t break the bank. All you need to do is whip up a batch and then put them into a festive little tin – like these found on Amazon which are just $9.99 for a pack of six – tie it up with a fun ribbon and there you go! It’s the perfect gift for all those acquaintances in your life, like teachers, neighbors, and co-workers.

And, as it turns out, there are a variety of ways to make eggnog fudge.

Aimee from Like Mother, Like Daughter, incorporates marshmallow creme and white chocolate into her base, as well as a sprinkling of ground nutmeg. 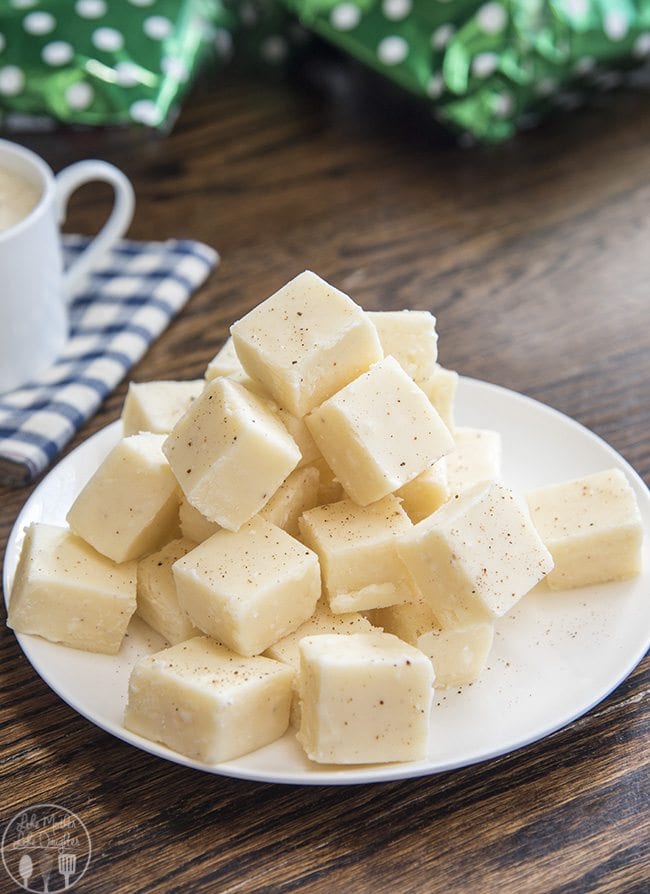 Lauren with Art and The Kitchen also uses white chocolate and marshmallow creme, however, she spices things up a bit by using real vanilla bean pods instead of vanilla extract – fancy!

Then there is the recipe from Brown-Eyed Baker which uses rum extract in order to really capture that classic eggnog flavor into her fudge. 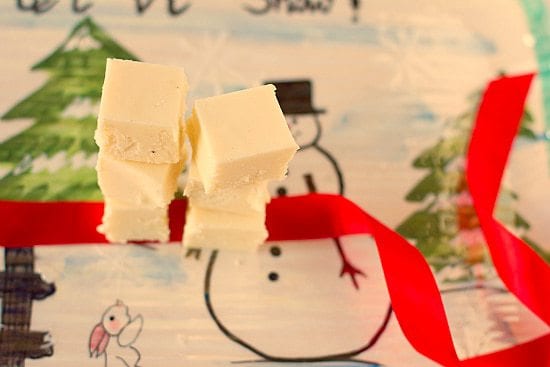 And if you’re like me and you loathe white chocolate, never fear as there are fudge eggnog recipes that instead use milk chocolate for the base. Phew!

Sara from Life’s Little Sweets creates her eggnog fudge with mini marshmallows and semi-sweet chocolate chips. To add a little festive color, she tops them off by sprinkling some holiday-colored sprinkles on top. 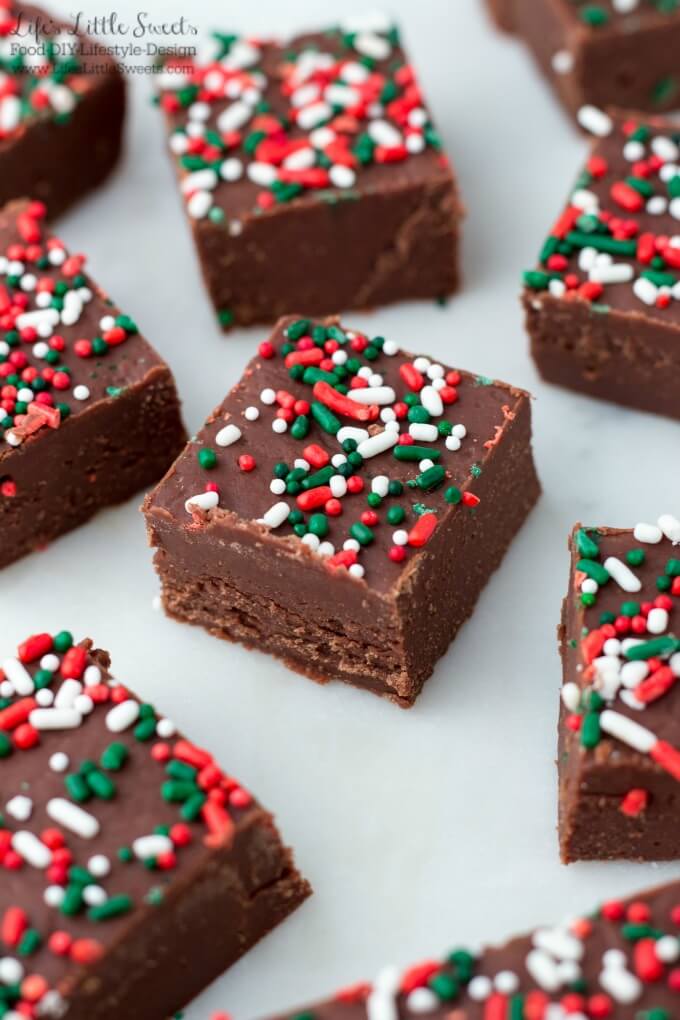 So, what recipe are you going to try this year for the Christmas office party? Let us know!