Have you ever heard about the practice of “icing”? If not, you are definitely going to want to read on and learn more. This is when a Smirnoff Ice is hidden at a particular location. From there, the person that ends up finding it is forced to get on their knees and chug away.

Pranks like these also allow us to become truly creative. When it comes time to find the right place to hide a Smirnoff Ice, there is no shortage of locations. Now, Smirnoff themselves has decided that they would like to get in on the fun. The gift boxes look first-class but once they are opened, the recipient will come to a hilarious realization: there is just one Smirnoff Ice inside.

The boxes have been designed to evoke a luxurious look and we cannot stop laughing at the prank potential here. Just imagine how it would feel to have the excitement of a box like this, only to find one singular Smirnoff Ice inside. We would be furious! The name on these boxes has us cackling, too. Cremsiffino is actually Smirnoff Ice spelled backward. 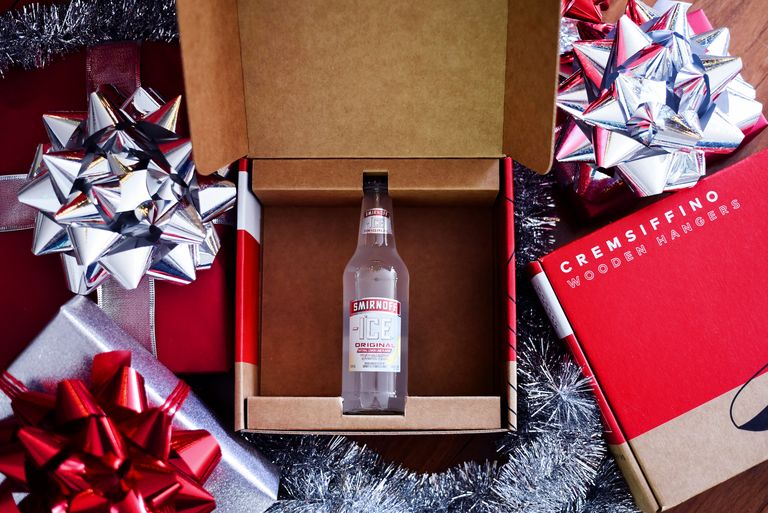 This genius gift idea is perfect for the prankster in your household. It is high time that they received a much-needed taste of their own medicine. There’s no mixer provided, either. They are going to have to drink the Smirnoff Ice without any. We presume that this gift is going to be given as a form of icing. Be sure to make them drink it on the spot.

The boxes are not very expensive, either. They are going to set you back $20 and come with the Smirnoff Ice already inside. At least the recipient has the chance to enjoy the usage of the box afterward. We bet that the recipient of this box is probably going to reuse it on someone else. It is only right. Pranks must be paid forward!

If some reason you decide that you only want the box itself, it can be had for just $10. This makes sense for anyone who already has a stash of Smirnoff Ice at the ready, we suppose. A gag gift this inexpensive and awesome is not going to come along every day, that is for sure. In the meantime, we urge you to pass this story along to your closest friends and loved ones.