The British invasion may have started with the Beatles, but it certainly didn’t end with them. The 1960s and 1970s would be full of wildly popular bands that managed to cross the pond from England. They would subsequently go on to fill stadiums and tour the world. And, many of them started out by playing a little-known genre called “skiffle” in the 1950s. 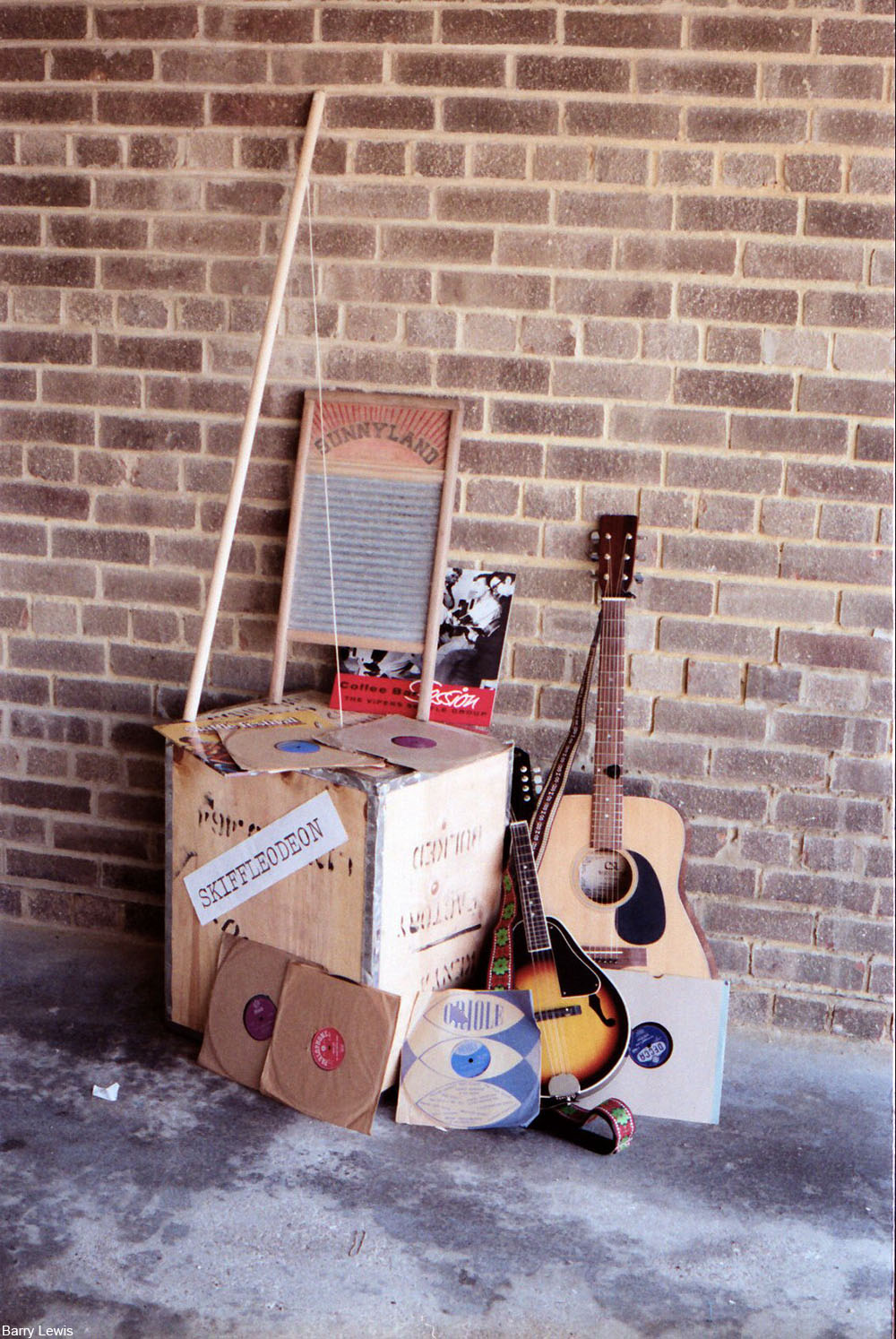 Skiffle records and equipment, including a tea chest bass. Via/ Flickr

In the years following World War II, American prospects were looking up. The economy had never been so good and the average Joe was feeling it. Manual labor jobs finally earned a man a decent living and a world of new products and a happy home were among his rewards. The burgeoning pop music market meant that rock and roll in the U.S. moved quickly from acoustic guitar to electric. But, there had previously been a strong connection between bluegrass and rock – including jug bands and country acts using whatever instruments they could find or make. 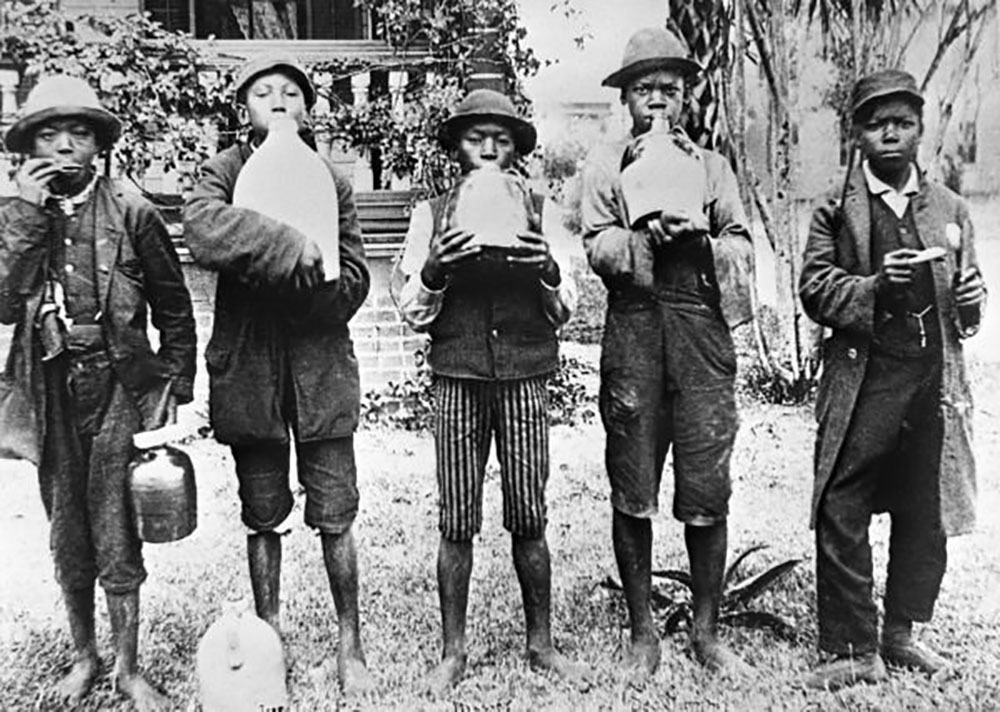 In post-war England, where rationing went on long after the war ended, many working class teens couldn’t have afforded an electric guitar. Many of them purchased acoustic guitars and tried to imitate some of their favorite rockabilly performers from the U.S. 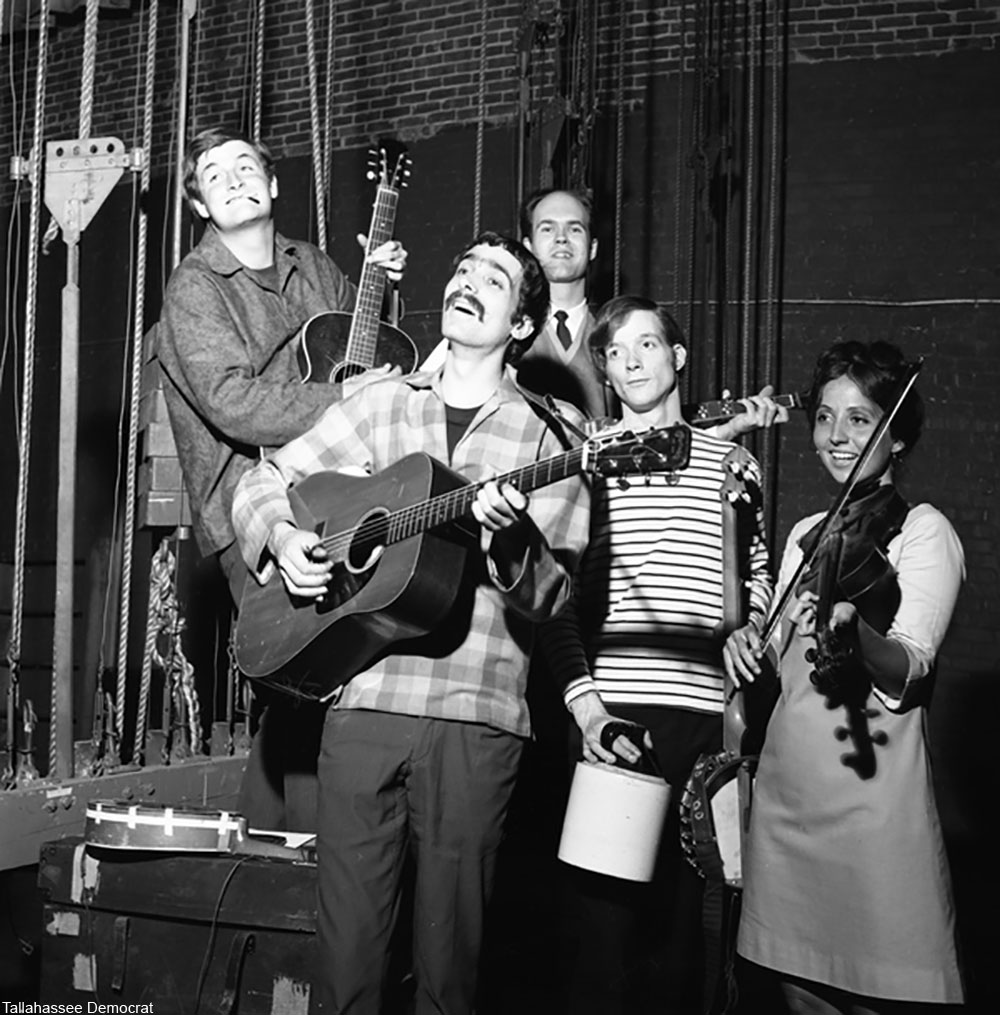 Skiffle bands soon popped up- often composed of teens playing a rag tag assortment of instruments. It was the British equivalent to the American jug band of the late 19th century through the 1930s, complete with makeshift instruments like the “tea chest bass”. Washboards played with thimbles was another common homemade skiffle instrument.

Teens were playing skiffle in back rooms and later in clubs, creating a taste for the genre. Some of the most influential rockers of the 20th century started out playing skiffle, including Jimmy Page of Led Zeppelin, Van Morrison, and George Harrison, John Lennon, and Paul McCartney (in their pre-Beatles Quarrymen band). Even Barry Gibb of the Bee Gees got his start playing skiffle in the band, The Rattlesnakes, in Manchester before his family moved to Australia. Despite the skiffle roots that so many rock stars had, the genre remains relatively unknown today.

The sound of skiffle was fast and upbeat, but with a certain mystery to it. One of the tricks The Quarrymen used was to tune their guitars to sound more like banjos. More professional acts often used a stand up bass, but of course not everyone could afford this.

Skiffle briefly had a resurgence in the U.S. during the folk revival of the 1950s and 1960s, and there was a quite a bit of crossover between the traditional songs that were covered by folk artists in the U.S. and skiffle groups in the U.K. But, for many on both sides of the Atlantic the heady mixture of rock and folk together that came to dominate the charts with rock and psychedelic bands proved to be a much more potent mixture that drowned out all other genres for a time.

One of the most popular skiffle acts of the 1950s was Lonnie Donegan, who sometimes did a Southern accent at some of his shows to make for a more “authentic” sound. Have a listen to his song, “Putting on the Style” in the video below.