Parts of Scotland are known for their dry stone houses and rustic dwellings. Other areas are known for their treacherous storms and hard scrabble landscapes. One small village in Scotland has all of the above with one glaring exception. The homes, which date from the Neolithic era, had modern conveniences and order in homes made from stone. It’s like something from The Flintstones! 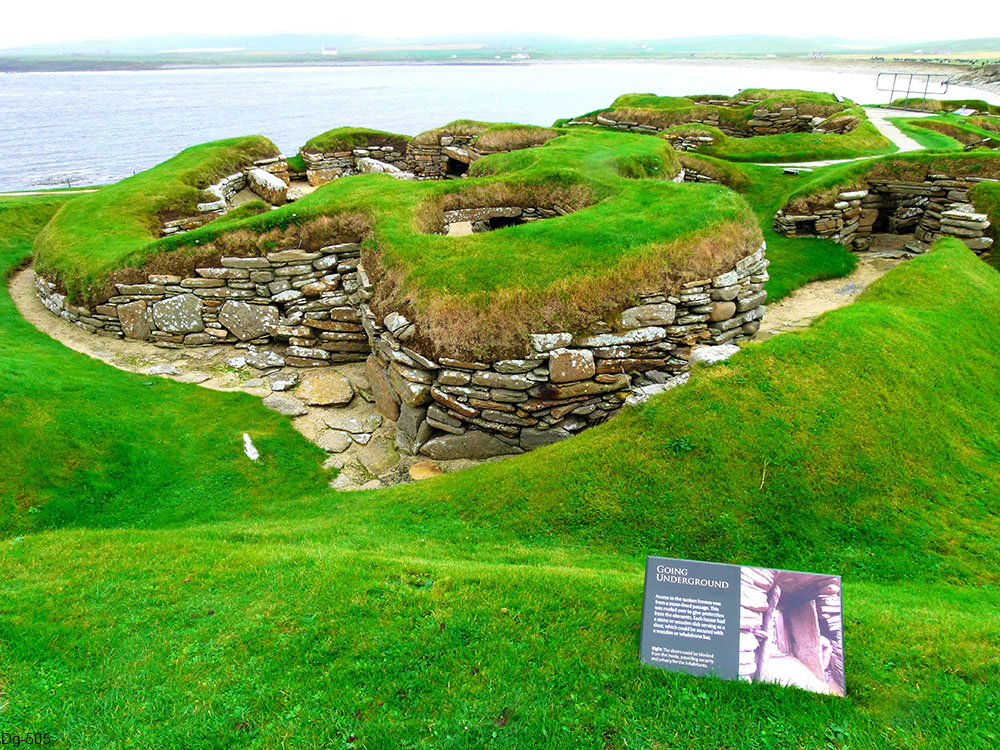 Skara Brae was first settled around 3,000-years-ago. Located on the Orkney Island of Mainland, on the Bay of Skaill, the village has 8 houses. All of the homes are recessed into the ground and were built into midden (ancient refuse heaps). This meant that the homes were more protected from the elements than they would otherwise be.

The walls are made from dry-stacked stones, with a central fire pit in the middle of each which was bordered with more stones. Originally it was thought that peat was burned in the fires, but this village predates the formation of peat deposits in the area. 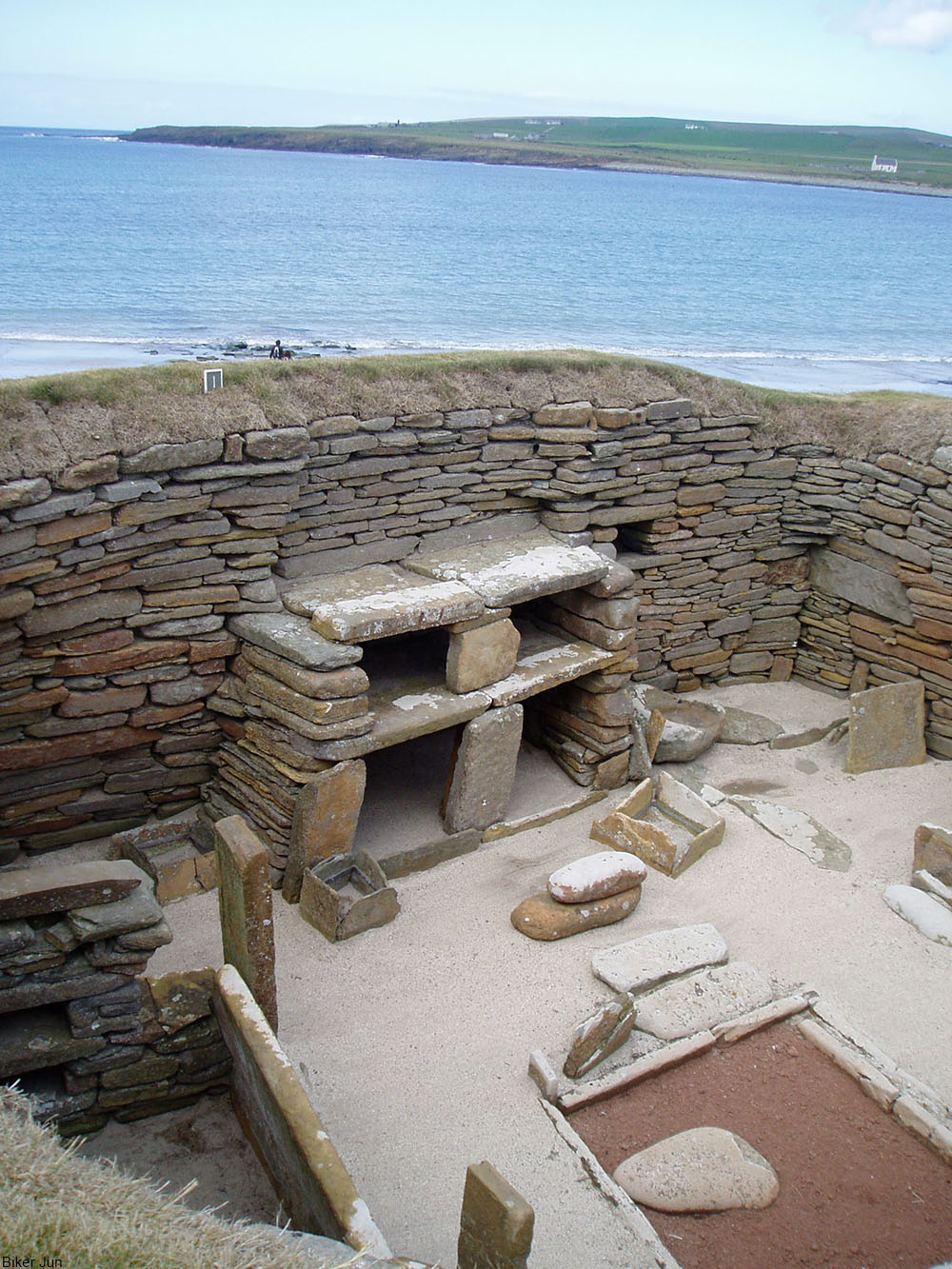 Like The Flintstones the insides of the homes are filled with stone objects, from the beds to the shelves, and even stone “boxes” sealed shut with clay (perhaps used for holding live sea creatures until it was dinnertime). To walk inside these homes today is to step into another world. 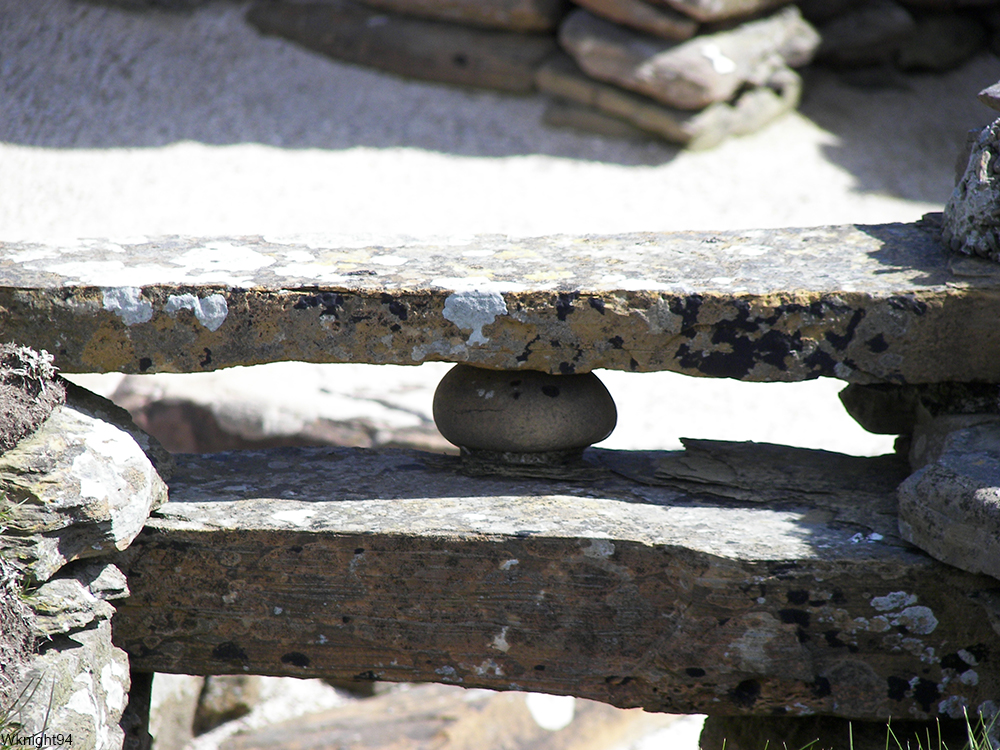 Stone shelf in one of the homes. Via/ Wiki Commons

The settlement features a series of passageways which run between them. This allowed for the drainage of water and created a covered foot traffic lane between dwellings in bad weather. And, this village also had toilets with drainage, an unheard of comfort in the Neolithic era. These weren’t the only luxuries the Skara Brae people had. They used grooved ware pottery, made fine needles from ivory, and wore beaded necklaces. 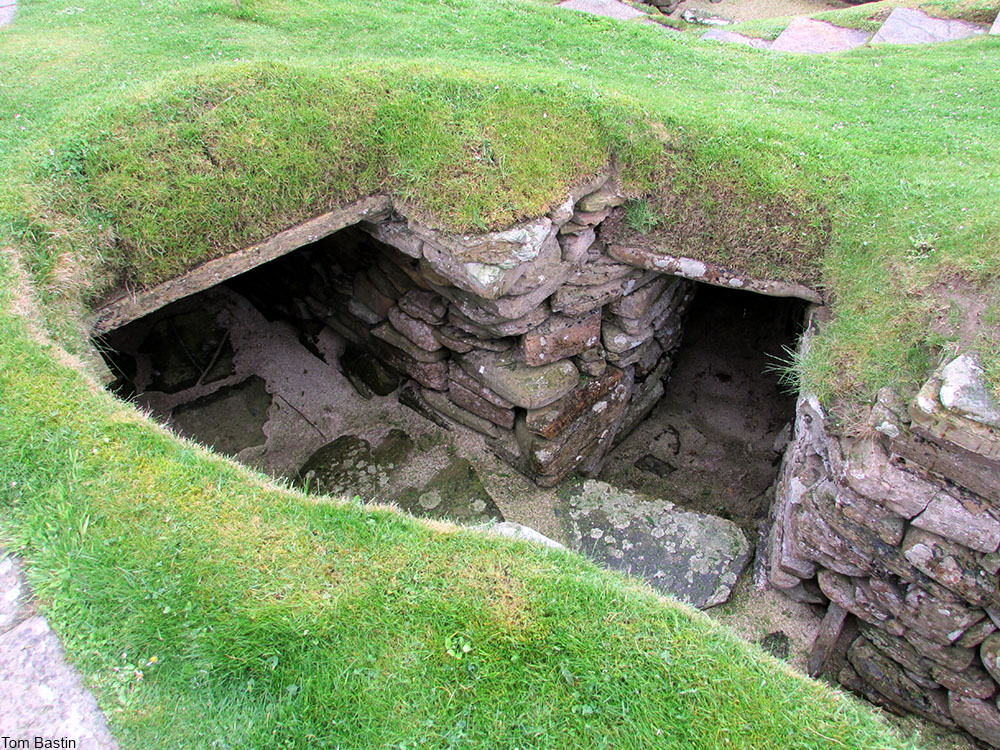 Then after about 500 years of living there and raising sheep, the inhabitants abandoned the settlement suddenly, leaving behind much of their finery and their most prized objects. In all likelihood it was a storm that forced them from their homes or killed them suddenly, covering the village in sand and debris. 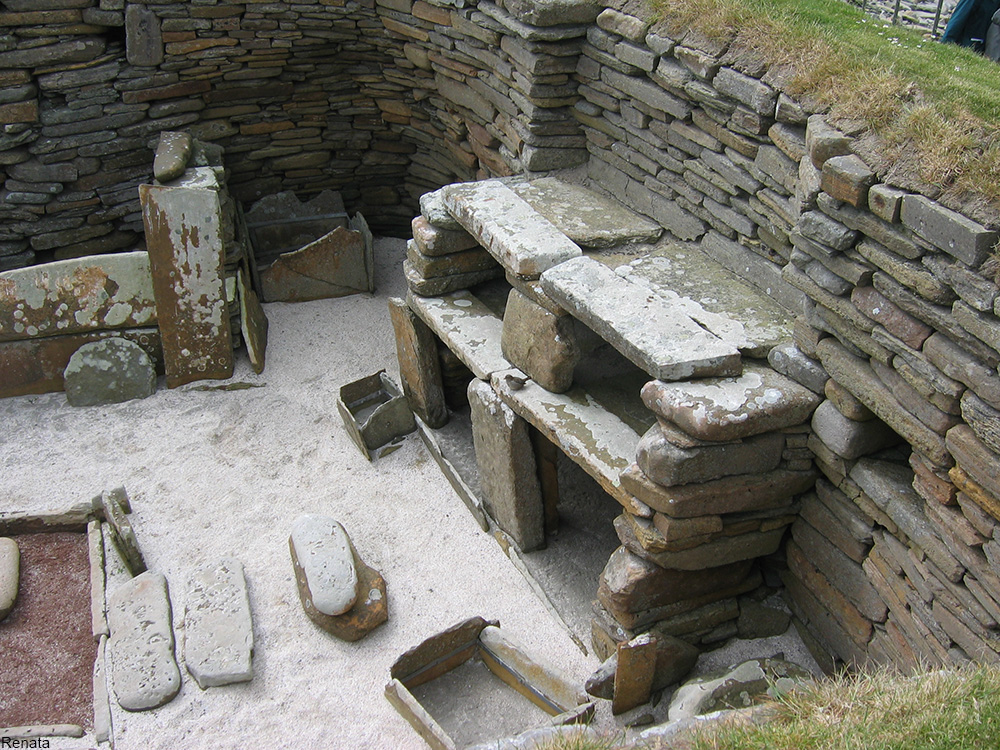 In a strange twist of fate, it was only the massive storms of the area which unearthed Skara Brae to the modern world. After a violent storm that killed 200 people across England in 1850 the village was revealed when the ground was ripped open. It took another storm in the 1920s to convince the authorities to try to explore and then shore up the area. While some archaeological work was done in the 1800s, the site was plundered by unknown thieves after a 1913 excavation. It is not known what they took off with. 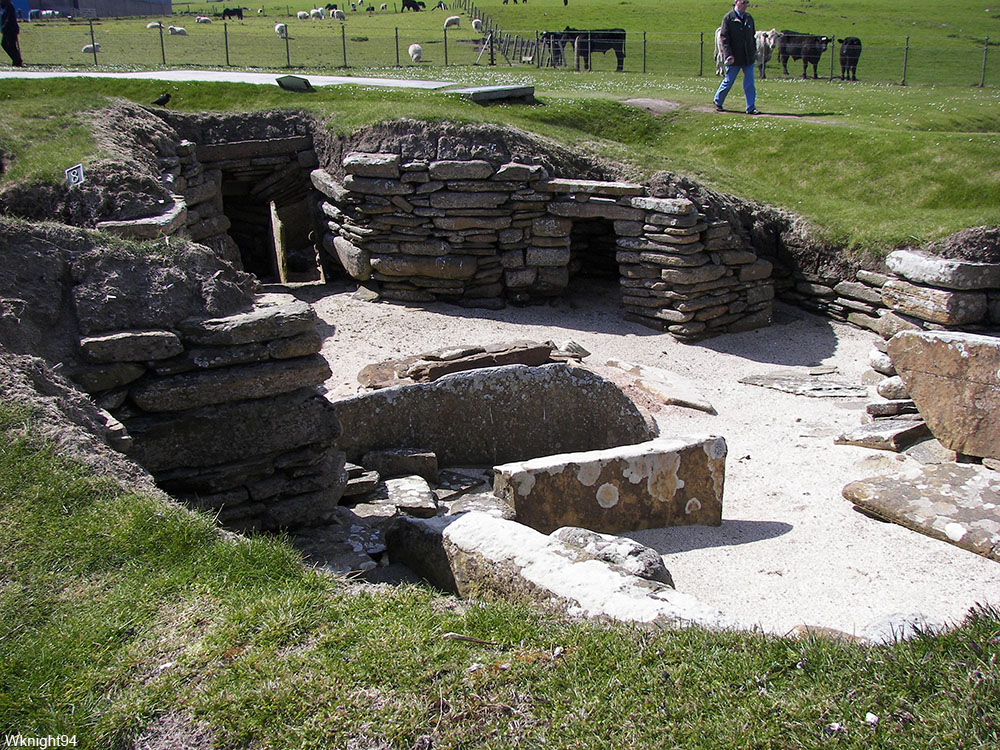 Skara Brae was excavated in again 1927 and is now maintained as a historical attraction. If you visit Skara Brae you can travel amongst the open-air homes (their unknown roofing long gone) as well as visit an enclosed below-earth home which gives a feeling for how it would been inside one: dark, cozy, and well-appointed. 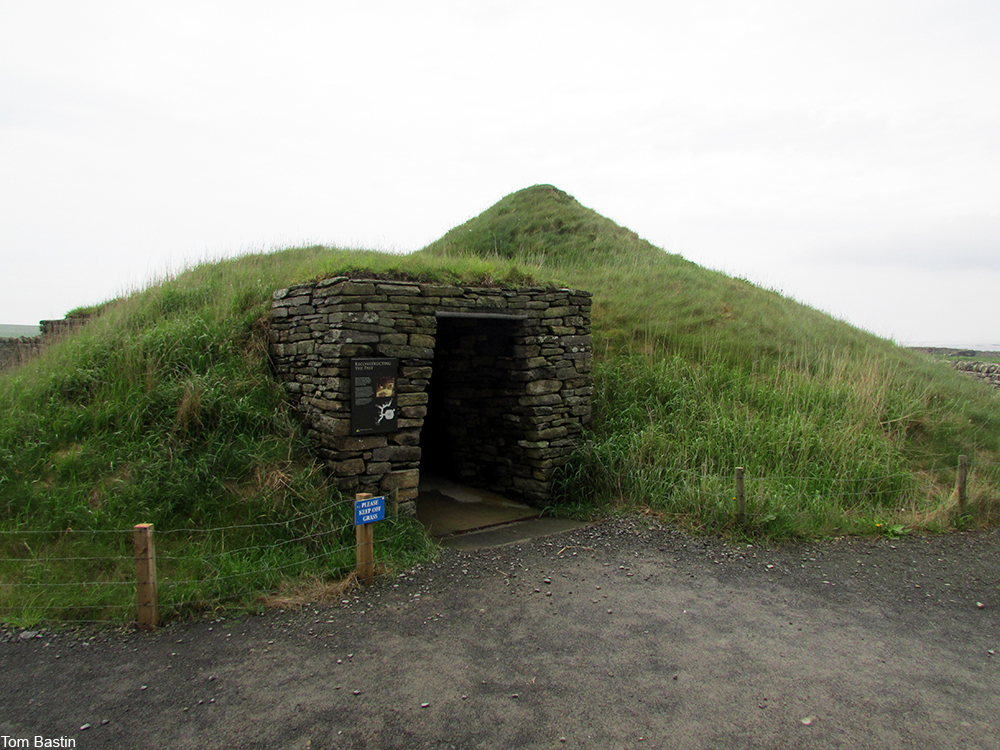 Skara Brae is a UNESCO World Heritage site and the name comes from the word “Skerrabra” which was the name of the mound which covered the village for thousands of years.

Have a look at the history of Skara Brae in the video below.