Who remembers Sizzler? The restaurant was at the height of its popularity in the late 80s and early 90s but has since become rather forgotten over time.

Thanks to the power of the internet, an epic nearly 5-minute-long Sizzler commercial from 1991, is currently hitting the viral waves online.

The promotional video has everything in it: a lofty patriotic theme song that is accompanied by images of Americans, eating, running, and in general, just looking overwhelmingly happy to be eating in Sizzler.

The lyrics say, “Reaching out across the USA each and every day, get a little freedom in your life. Sizzler gives you choices every day.”

Dave Holmes for Esquire, was the one who helped the video resurface in an April 9th post, calling it “utterly perfect,” and saying that he had “no choice but to share it with the world.”

It has been circling the internet ever since. 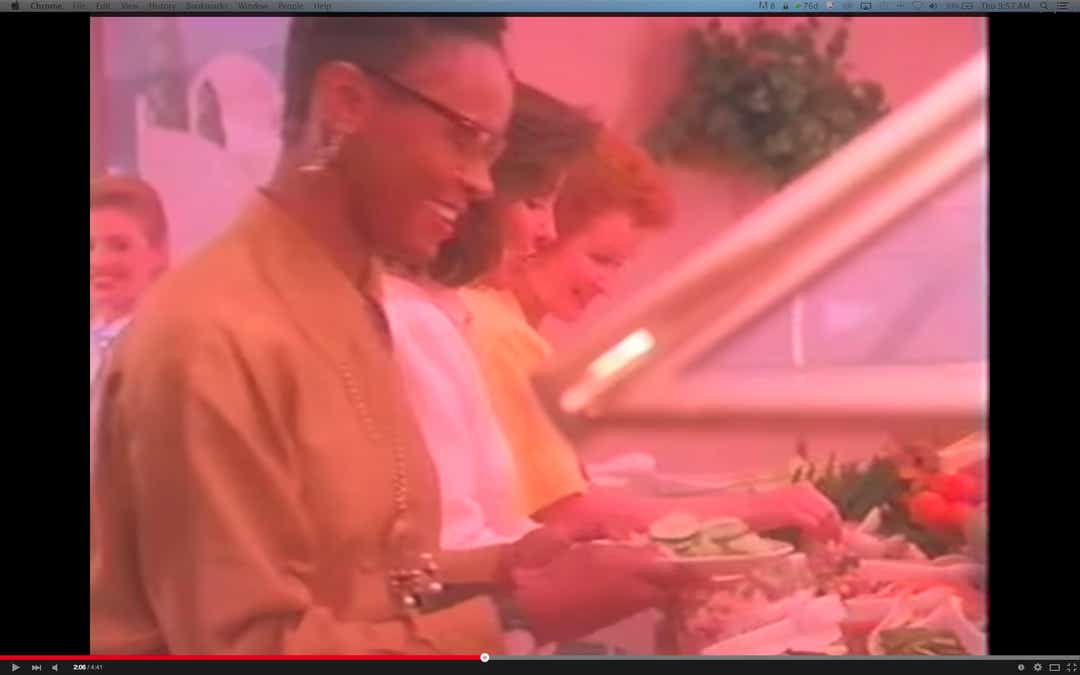 Sizzler apparently wasn’t ashamed by the flashback, having retweeted the video and posted it to their Facebook page.

Janet Ritter, a spokeswoman for Sizzler told USA Today, that the video had originally been used at Sizzler’s annual meeting and in franchise sales presentations.

“Rachel Redhouse posted the video to YouTube on September 3, 2012. She appears in the video as the little girl wearing a sailor hat and riding a scooter,” Ritter stated.

Some of our favorite clips from the commercial include this confusing image of a sailor and little girl: 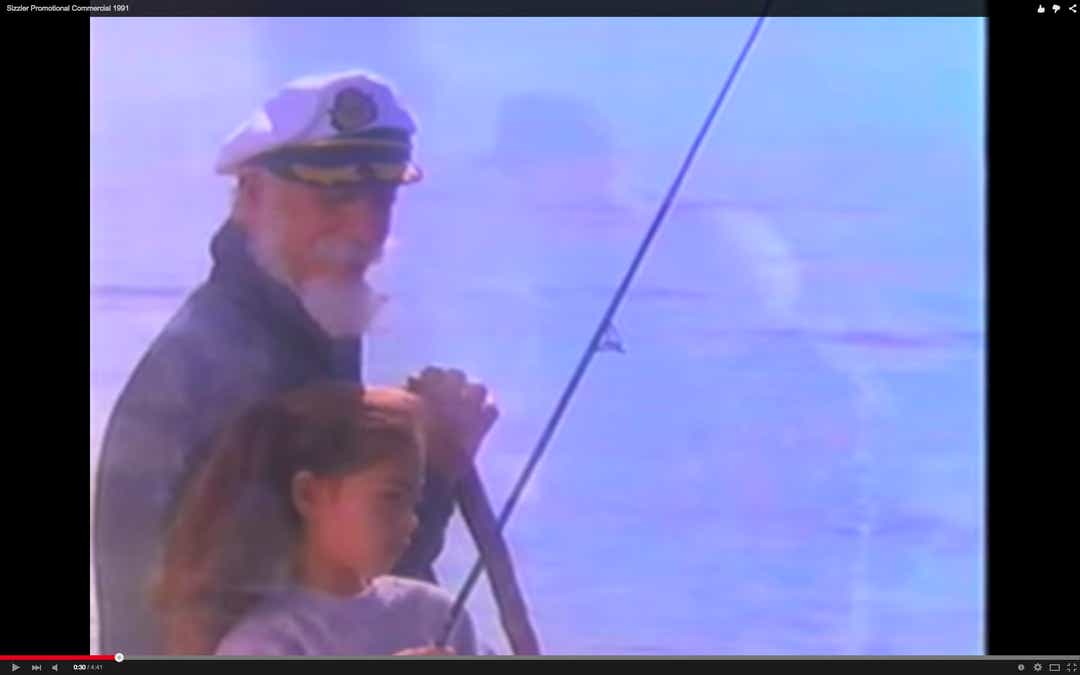 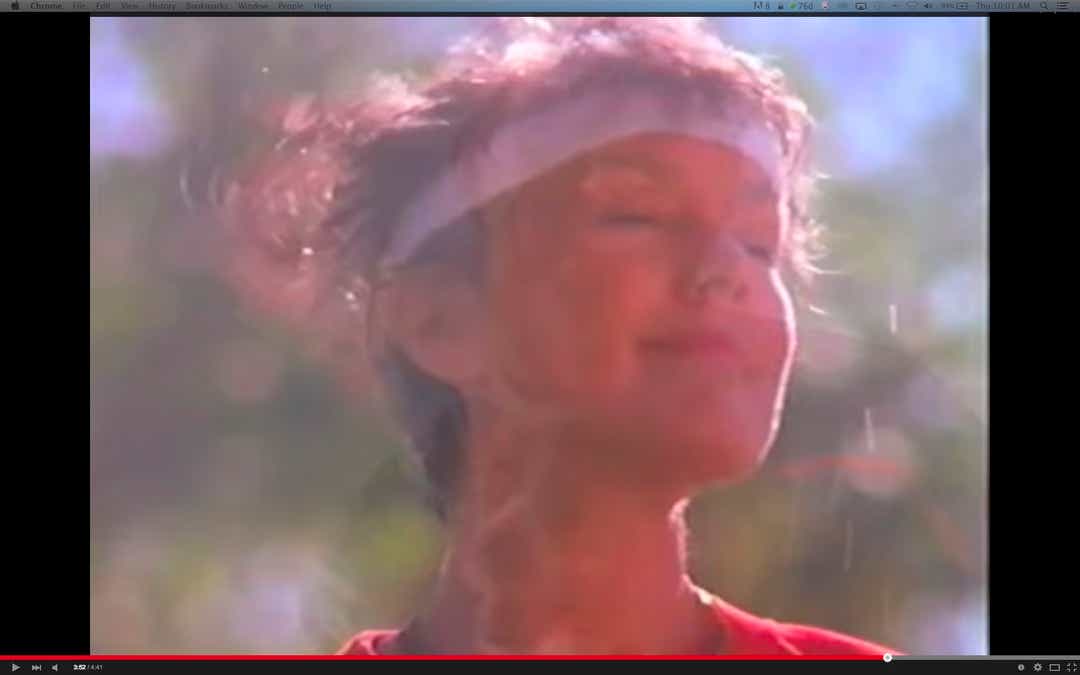 What appears to be a romantic date: 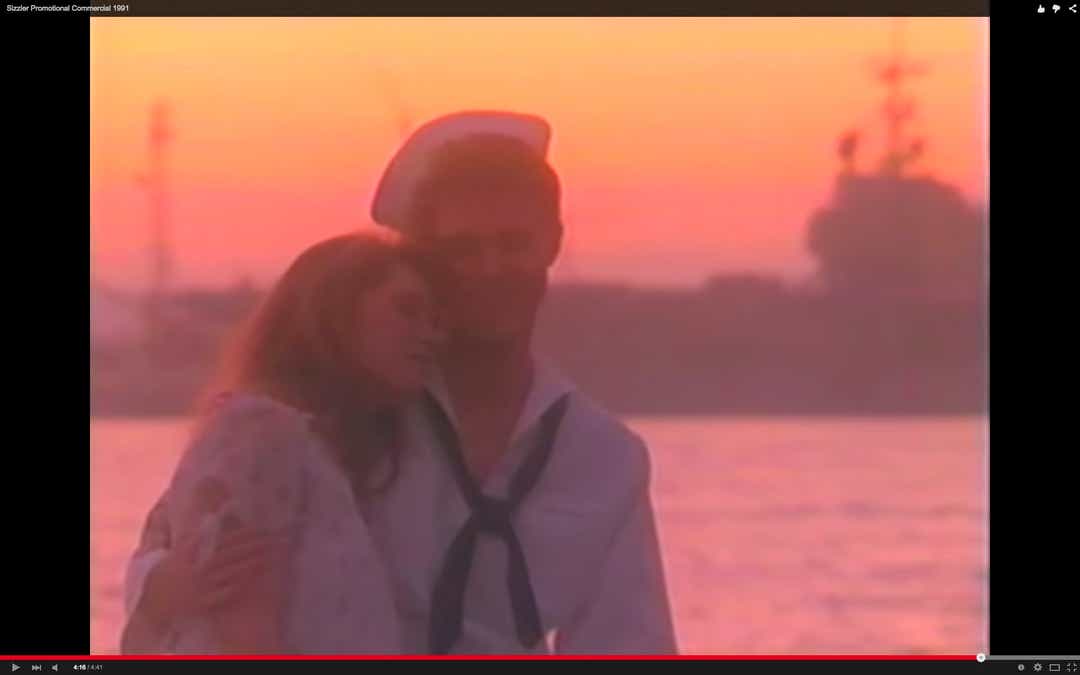 And, of course, this woman with red lipstick who looks famished: 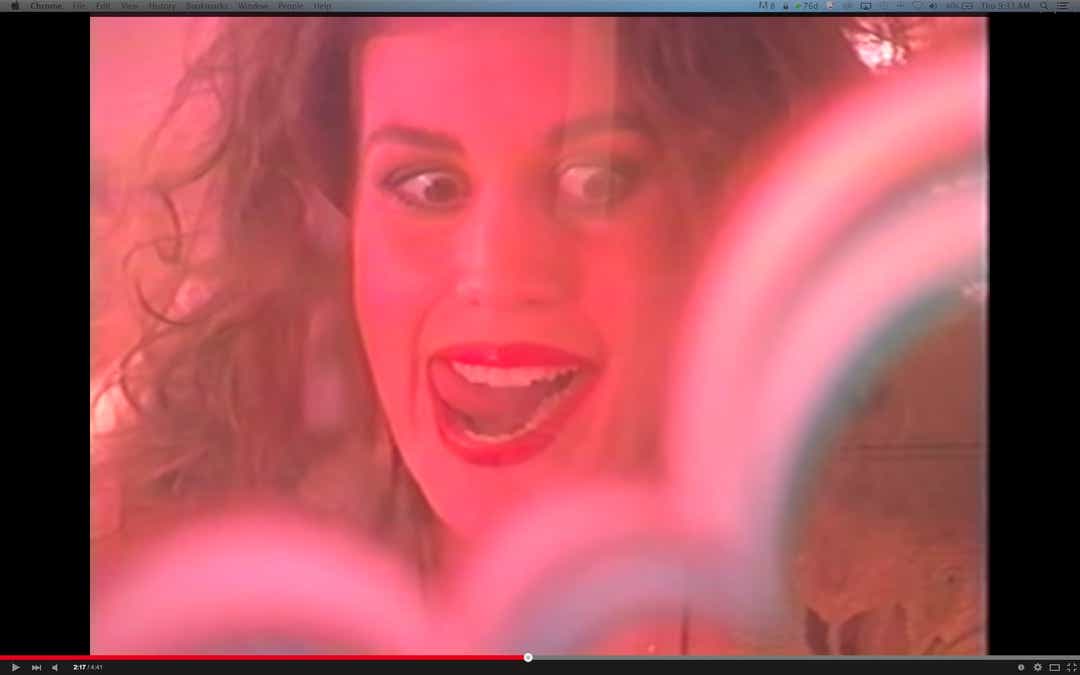 We can’t forget to show the main reason we’re all here: