‘Shining’ Gingerbread House Brings The Spirit Of Halloween To Christmas

Gingerbread houses have always been a popular Christmas tradition but now you can take things in a totally different direction.

Aaron Keeling is somebody who enjoys making gingerbread houses but this time, he outdid himself. 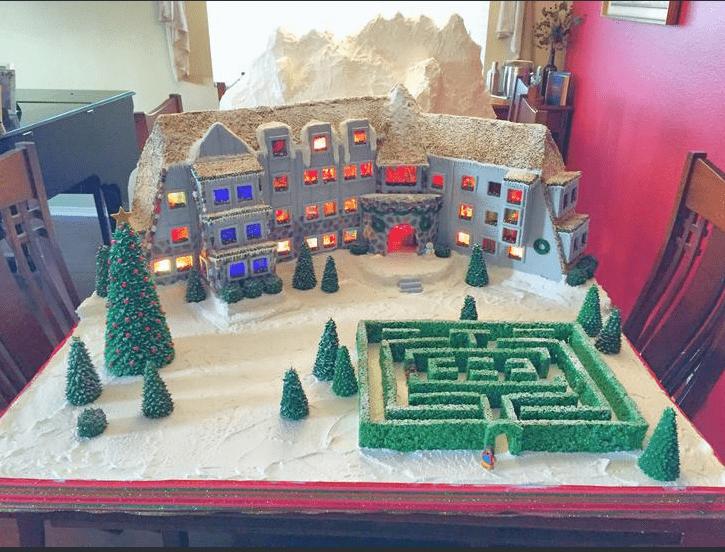 He posted his latest creation on Tumblr and described the process of putting everything together. He talked about how his family loves making gingerbread houses and they have done it for many years. Up until this year, however, it was just an average hobby.

This year, he created a gingerbread house inspired by The Shining’s Overlook Hotel. Edible paper was used to print out the wallpaper inside of the hotel and Jolly Ranchers were melted to create the blood from the elevator. You can eat the entire thing, but it’s almost too amazing to eat. 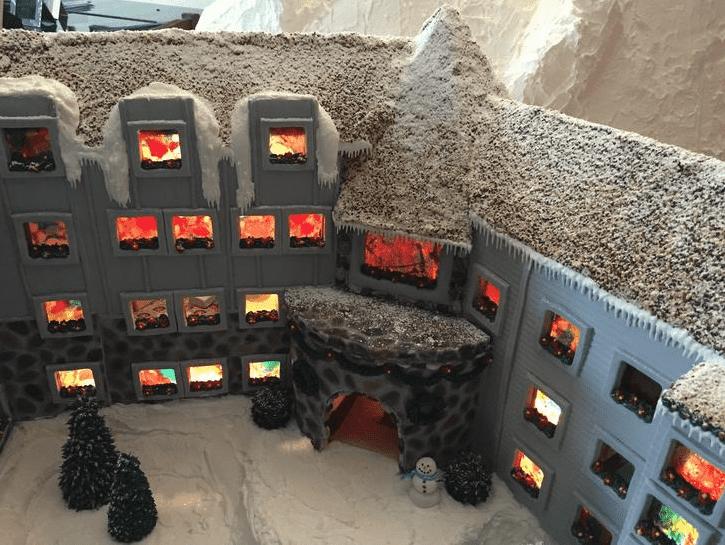 The post ended up going viral. It reads, “My family made a gingerbread rendition of the Overlook Hotel from Kubrick’s “The Shining,” complete with a rice crispy treat maze and interior rooms depicting famous scenes.”

People had a hard time believing how much detail was put into the gingerbread house. One user commented saying, “I’m both terrified and impressed. I have so many questions: How long did it take to make? Did you have a blueprint? Was this just for funsies or was it for a competition or presentation? How many fights were there among the family during its construction? This clearly isn’t your first rodeo, do you have pictures of your other works of art?” 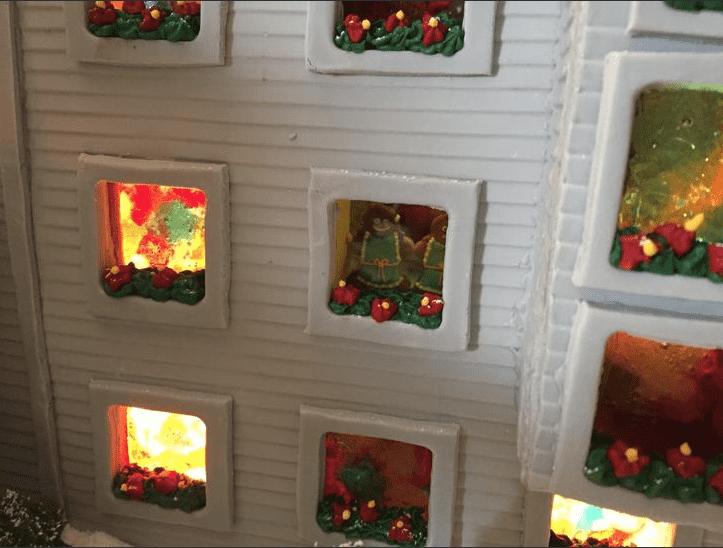 Aaron said that they worked on the gingerbread house off and on for two weeks. His comment back said: “We worked on and off for about two weeks. My dad does all of the design from photos. We do one nearly every year – no duplicates. Funny you should ask about fights – it is a Christmas ritual to have fights during the construction. Finally, we have many pictures of others, just a first-year posting to Reddit. Thanks!”

There are 5 interior rooms that show different scenes from the movie.

This Gingerbread House of "The Shining" is Amazing – https://t.co/Ck1ayobkX7 pic.twitter.com/tWgEmhk6II

The first room is where the twin sisters were seen in the hallway. Another interior room is to one side and the third room has Jack and Wendy in the bathroom.

The Shining Recreated with Gingerbread
(by Aaron and Austin Keeling) pic.twitter.com/0Owxzbswdy

The 4-foot long creation also includes room 237. Carpets and pictures were printed on edible paper. You can even see Jack in the bathroom doorway in one of the rooms.

There is a lot of thought and work that went into this unique gingerbread house. You could see more of his work on Instagram.