Design Secrets We Can Still Learn from the Shakers

The name “Shaker” was derived from the term “shaking Quakers” – a moniker for the particularly devout among the 1700s Quaker community (who shook with fervor during meetings). This new faction, officially called the United Society of Believers in Christ’s Second Appearing, was formed in 1747 in England under the guidance of Jane Wardley, who preached that the return of Jesus was imminent and that he would come back as a woman. Her sect gathered more followers, eventually finding the biggest constituency in the U.S.

Shaker communities to the modern eye can seem antiquated and closed off, much like some Amish communities. However, the history of the Shakers led to their own unique innovations, many of which were in the field of design. And we can still learn a few lessons from their iconic designs. 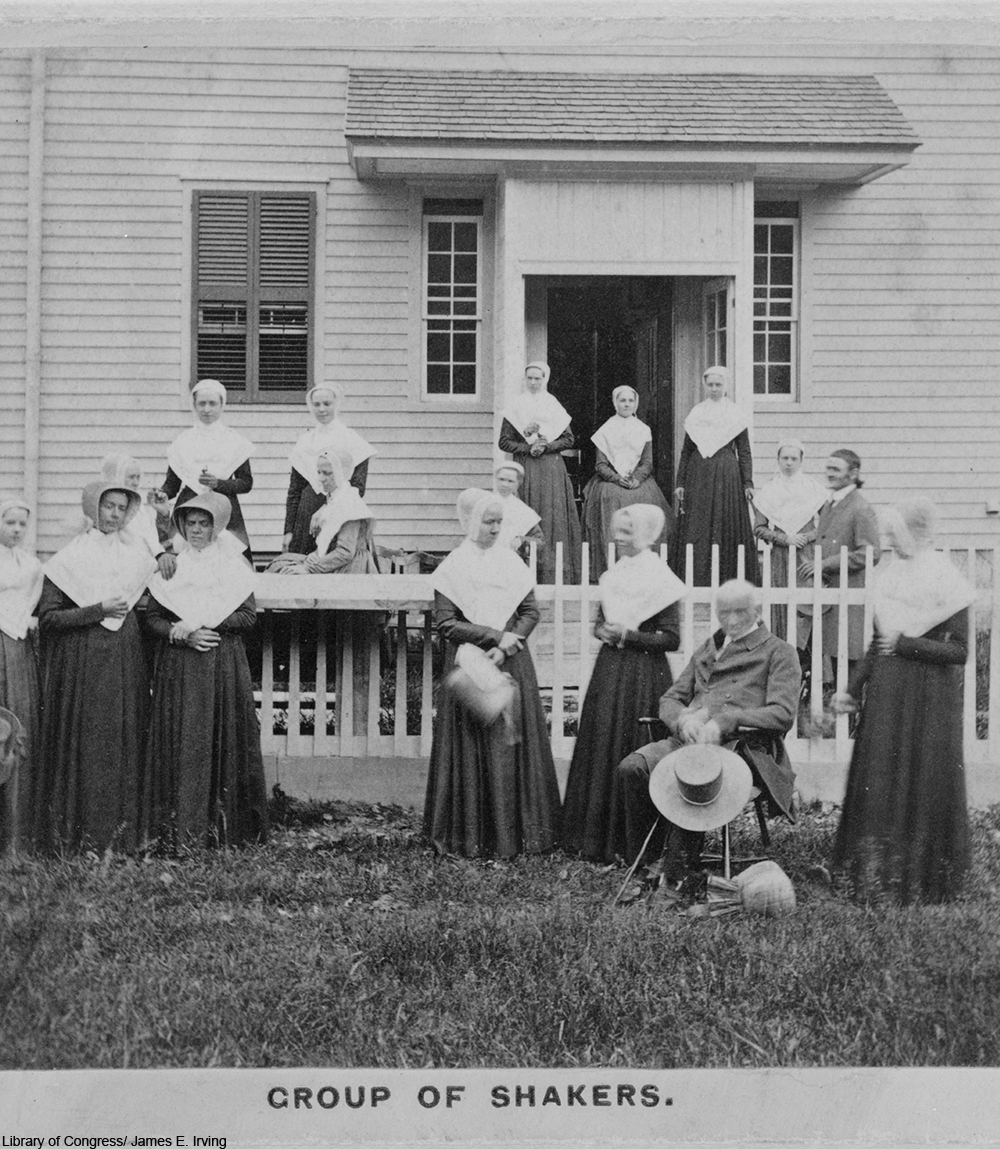 They Were the Original Minimalists

Shakers have been called the first minimalists for their simple designs and sparse dwellings. Men and women were kept separate, as sex and romance were considered lustful deeds that distanced the Shakers from God. Many families joined the thriving and peaceful Shaker communities, but once inside husbands and wives could no longer reproduce. The result was separate dormitories for men and women, each of which had very few objects inside.

Wooden beds, hooks for clothes, and small iron stoves were often all that was in these dorms. Objects and greed were also barriers to God, as the Quaker and Shaker beliefs mandate that each human has God within him or her already.

Everything Had a Purpose and a Place

But, this sparseness was not without its own novel features. In Shaker buildings absolutely everything had a place. Chairs, when not in use, were hung on the wooden pegs which lined each room. These same pegs could also be used to store clothes, hats, or bags full of supplies. 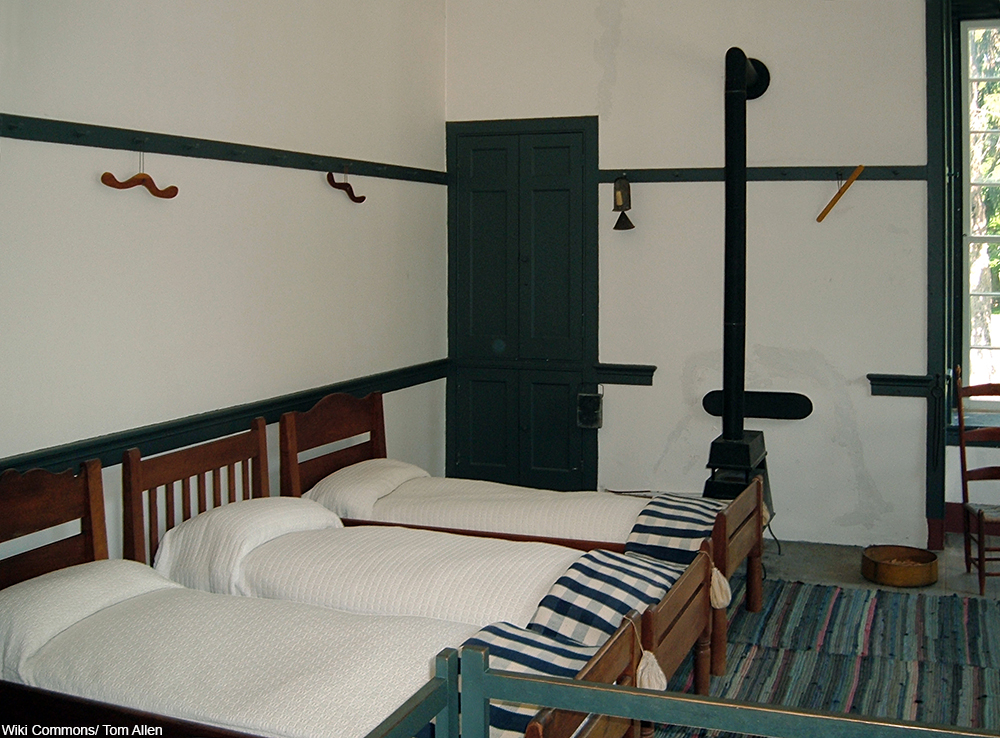 Everything They Made Was High Quality

Another feature of Shaker design is quality: it was paramount in all their creations. Elements like dovetail furniture joins, solid bentwood boxes, and elegantly woven baskets were common. These exceptional elements of design are the reason many pieces still survive today. The quality has made for extremely durable pieces which can last for generations. They may look humble, but there is a reason why Shaker pieces retain their value year after year and are often imitated. 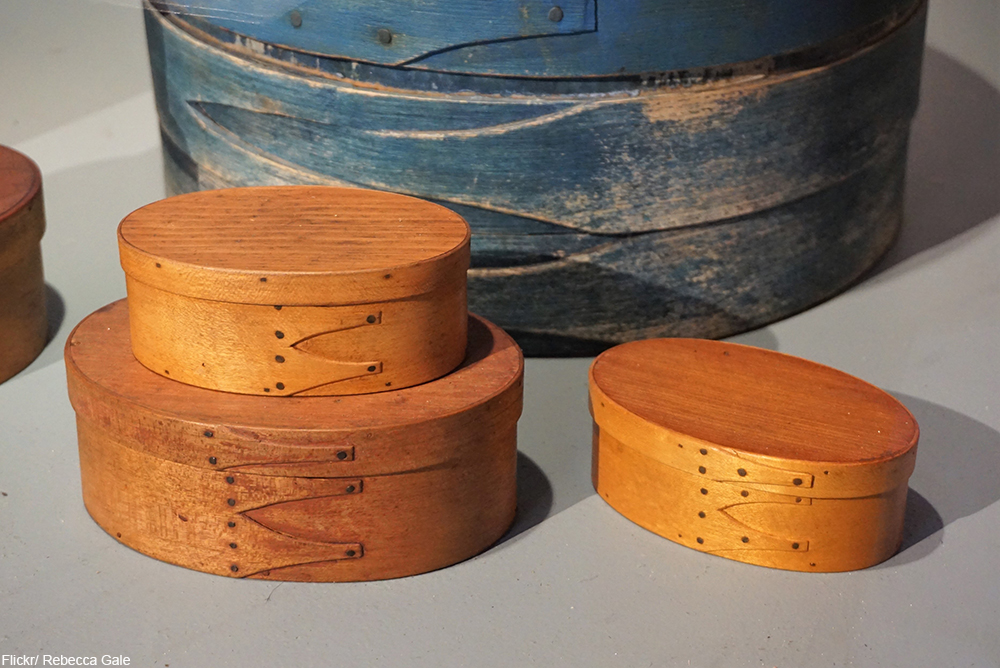 Beauty, while simple, was never absent from their wares. Shaker goods are often mistaken for Amish, but the two are quite different. The Shaker tradition embraces pictures and the Tree of Life and “gift drawings” are member artworks that they considered to be gifts from God. The Tree of Life is now synonymous with the Shakers and could be found on many of their finely made quilts. 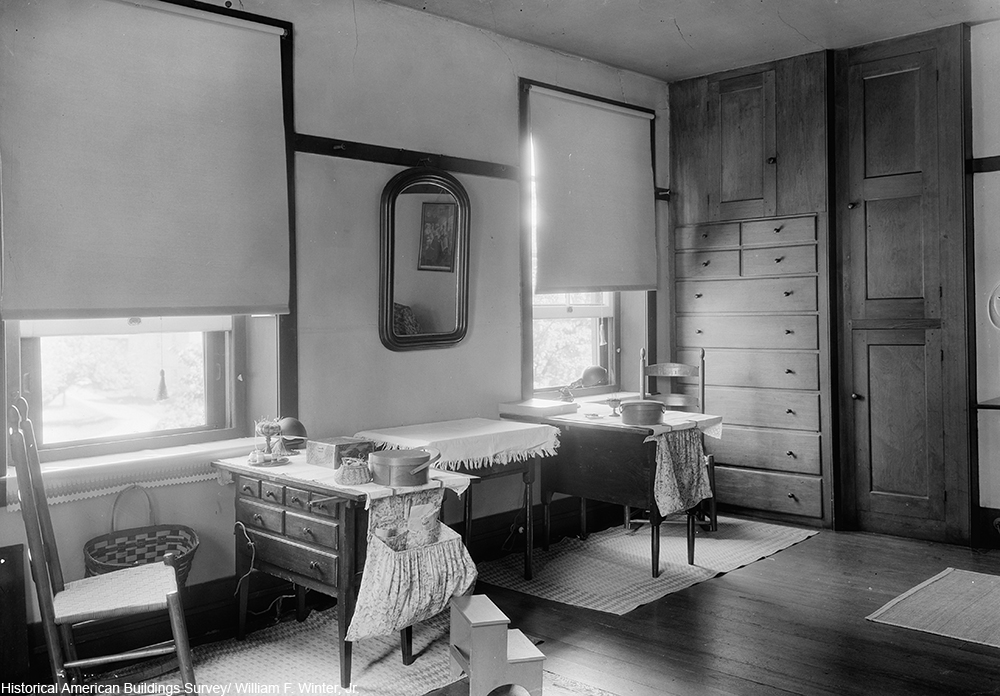 Nothing the Shakers made was ever ugly, a stark contrast to how we do things nowadays. Today we use things on a daily basis which have no design value because we find them useful or because there isn’t a better alternative. But, everything the Shakers made was with great intent and focus, meaning their daily lives were filled with beautiful things, albeit in small numbers.

Shakers tried to make a Utopian society, one where devotion, beauty, and kindness won out. The three Ps: plainness, pride, and practicality ruled their design choices. 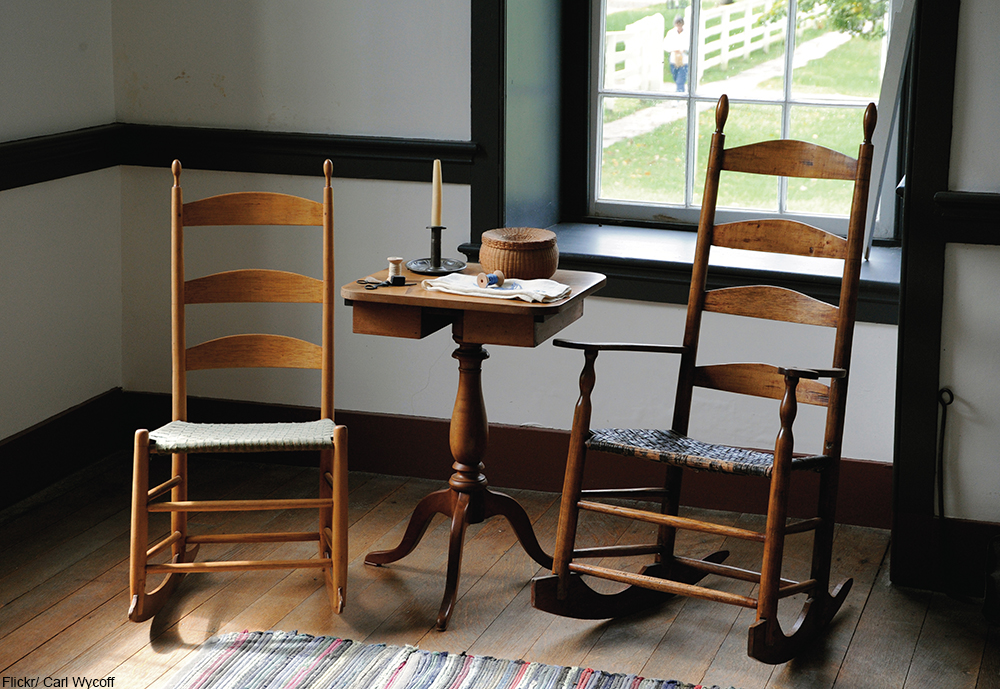 They Were Far Ahead of Their Time

Shaker designs seem traditional to us today, but some were extremely modern for the time. In the 1800s, the craze for carved furniture and opulent decor was found at nearly every level of society, but not so with the Shakers. They resisted the worldly designs that embrace luxury, instead opting for a simpleness which today could also be interpreted as sleek. A recent exhibit at the Fruitlands Museum in Massachusetts shows the stark parallels between Mid-century Modern furniture designs and those of the Shaker communities. 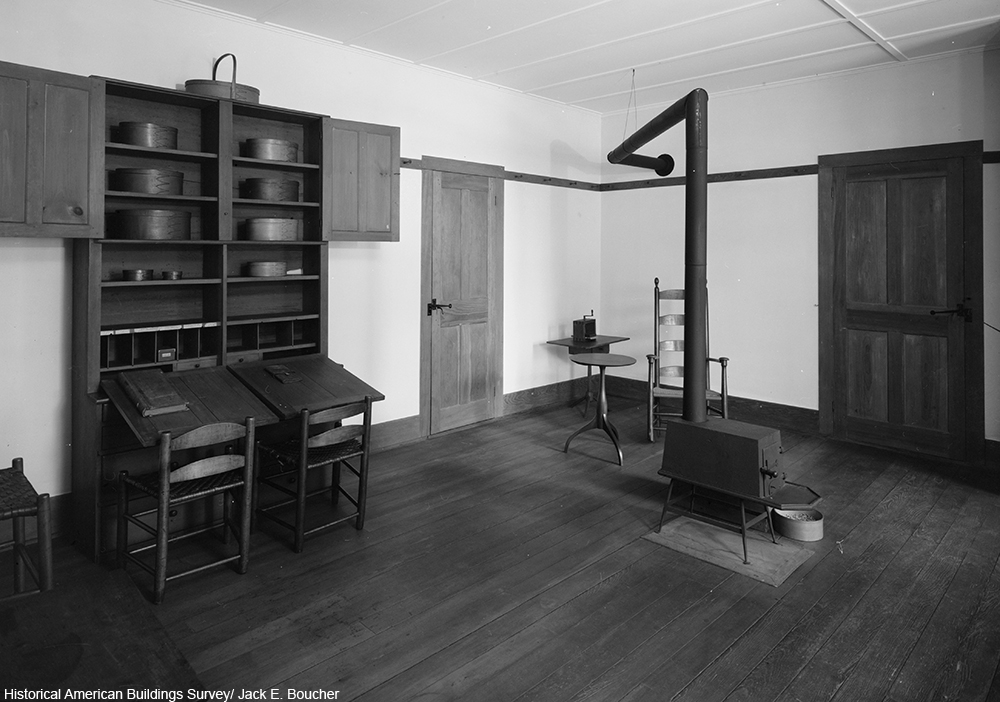 Given the nature of their beliefs, it’s no wonder that the very last Shaker community contains only three aging members. Soon their legacy will be preserved only in museums and through the antiques that continually command interest for collectors. But, perhaps there is something we can all learn from the designs they cultivated over the course of nearly three centuries.

9 "primitive" crafts to always buy when you see them: Click “Next Page” below!