For anyone who loves old houses, there’s nothing better than getting to walk through one that has had minimal changes over the years. From details like paned windows to hardwood floors to original fixtures, these are the kinds of things that are hard to find today. And, once they’re gone, most houses never get restored to their former glory. Now, there is a gorgeous mansion from the 1860s for sale in New York with many original features, but there is one big catch. 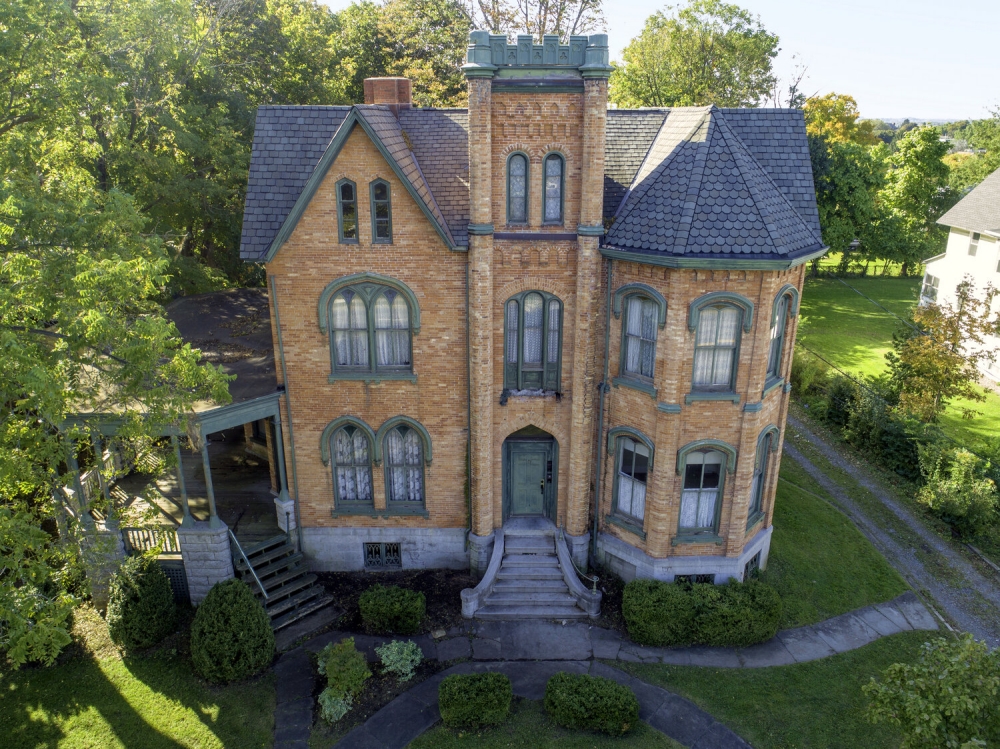 The house at 13 North Street, Auburn, New York, was built in 1861 by James Sheldon Seymour. This philanthropist donated significant amounts of money for the building of the Auburn City Hospital. Seymour was already 70 when the house was built and he died in 1875.

The mansion was built in the Gothic Revival architectural style, complete with arched windows, decorative brickwork, and a turret trimmed in a copper dentil facia of all things! The 6,000-square-foot house has 10 bedrooms, 3 full baths, 2 half baths, and 4 fireplaces spread out over 3 stories. 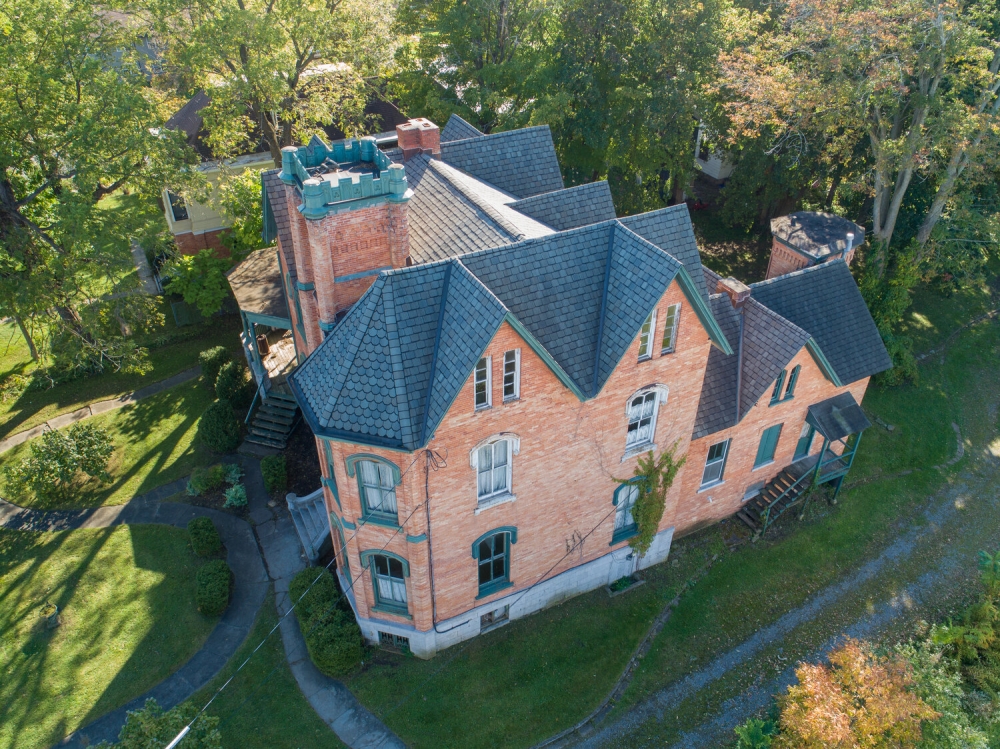 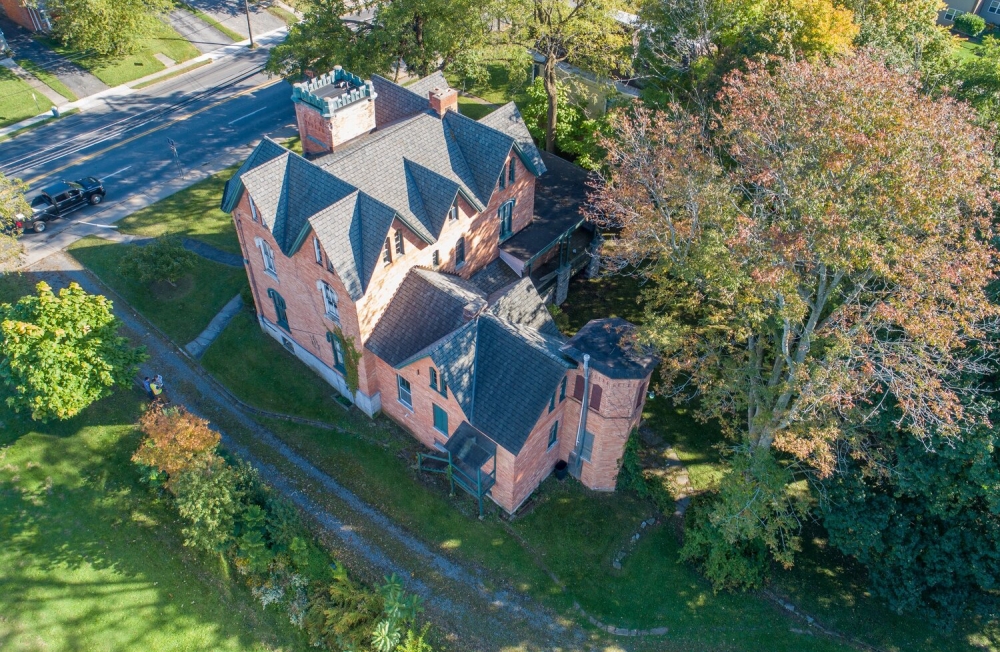 The mansion sits on just under one acre of land and has been largely untouched on the inside. While some of the interior shots look a little rough, the house is in overall good condition. The building also features a lack of modern changes, which in this case is a good thing.

The Seymour Mansion is being sold for a mere $50,000, but the sellers, Michael Derosa Real Estate and Marketing Services, have a condition. Each offer must also contain a proposal and plan for the how the historic property will be used. 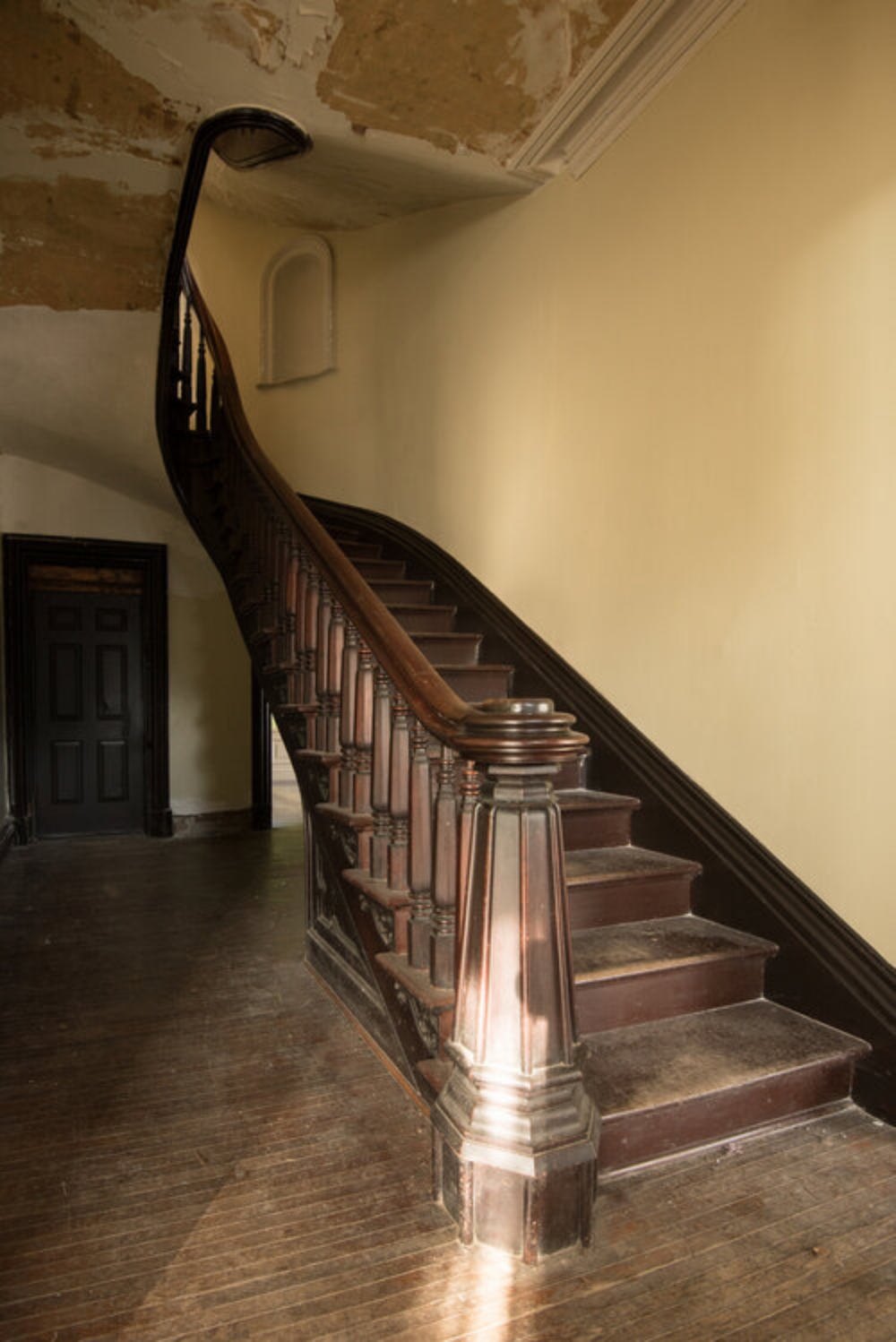 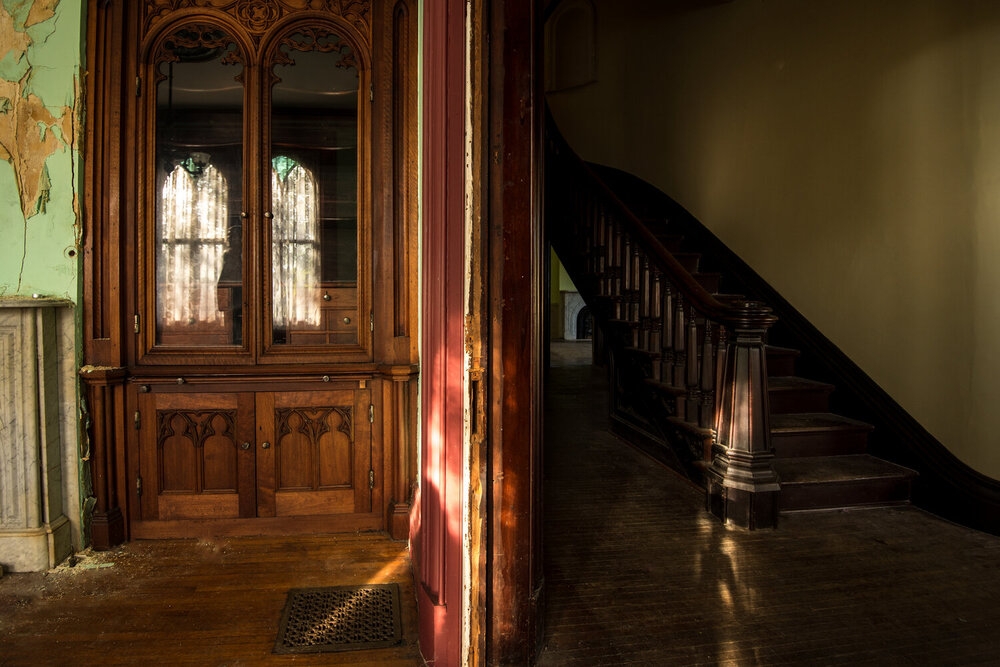 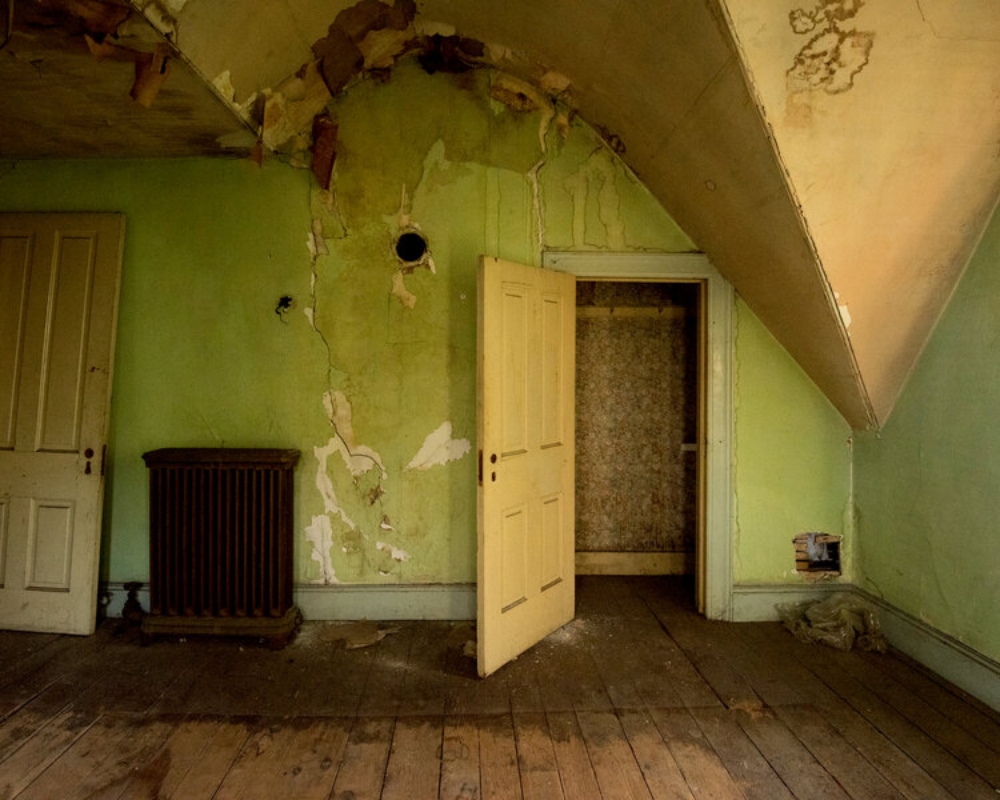 On the proposal application are questions about renovations, rentals, and whether the buyer will be buying the house to resell. Throughout the home are incredible original moldings, built-ins, railings, and carved mantels for the fireplaces. It might not be move-in ready, but we can’t imagine tearing all these wonderful features from the home. And, hopefully, the proposals will weed out people who want to gut it.

After all the proposals have been submitted, there will be a vote on who has the best plan and a winning bid will be selected. Some people have speculated that at the low, low price of $50,000 that the house must be haunted. That probably wouldn’t stop any old-house enthusiasts from applying, though. 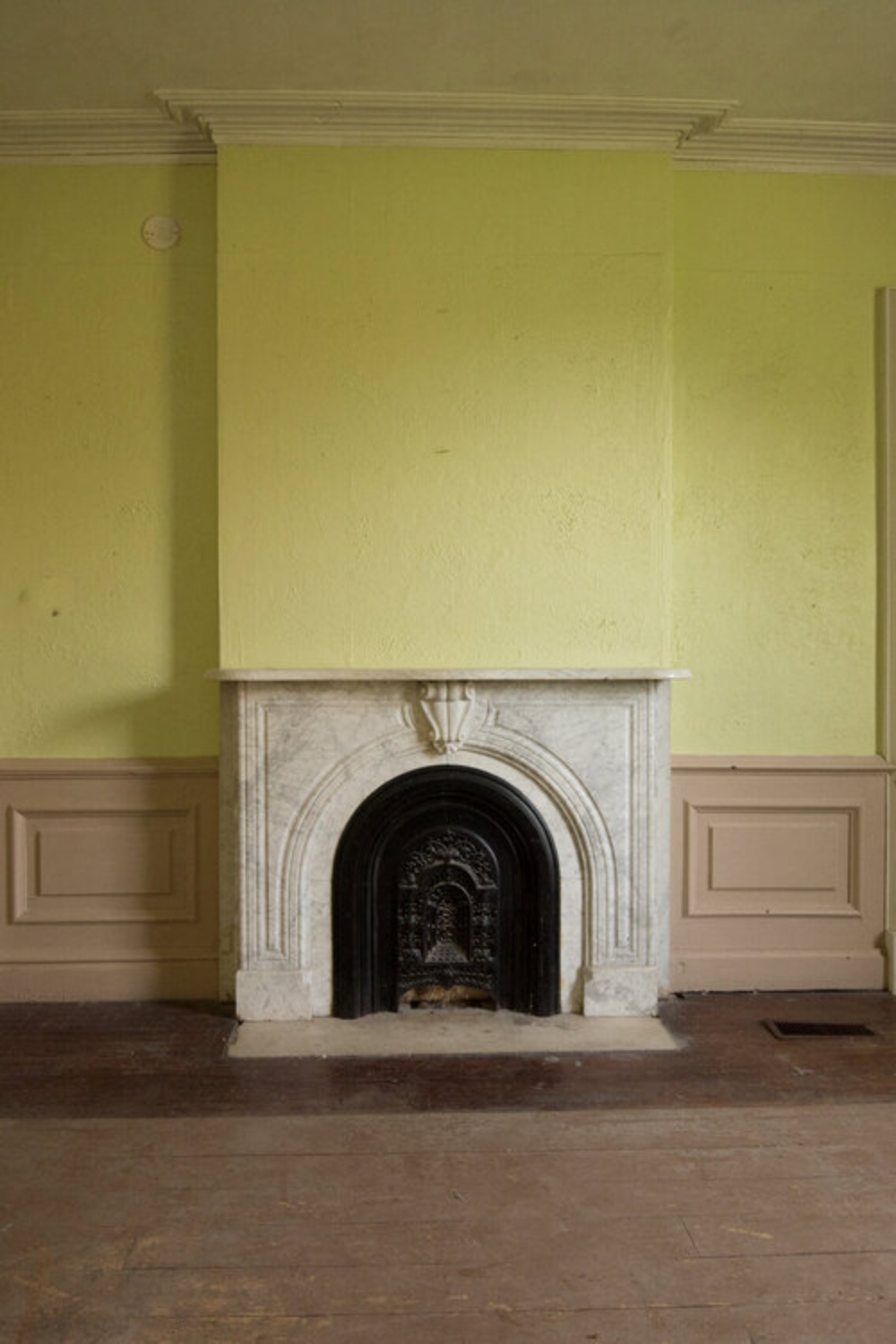 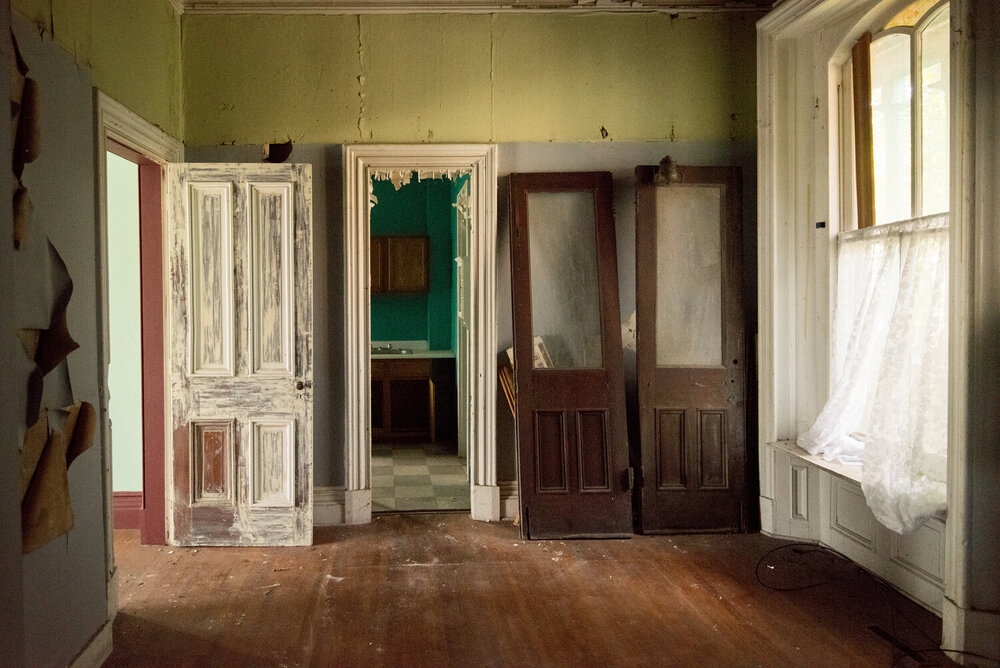 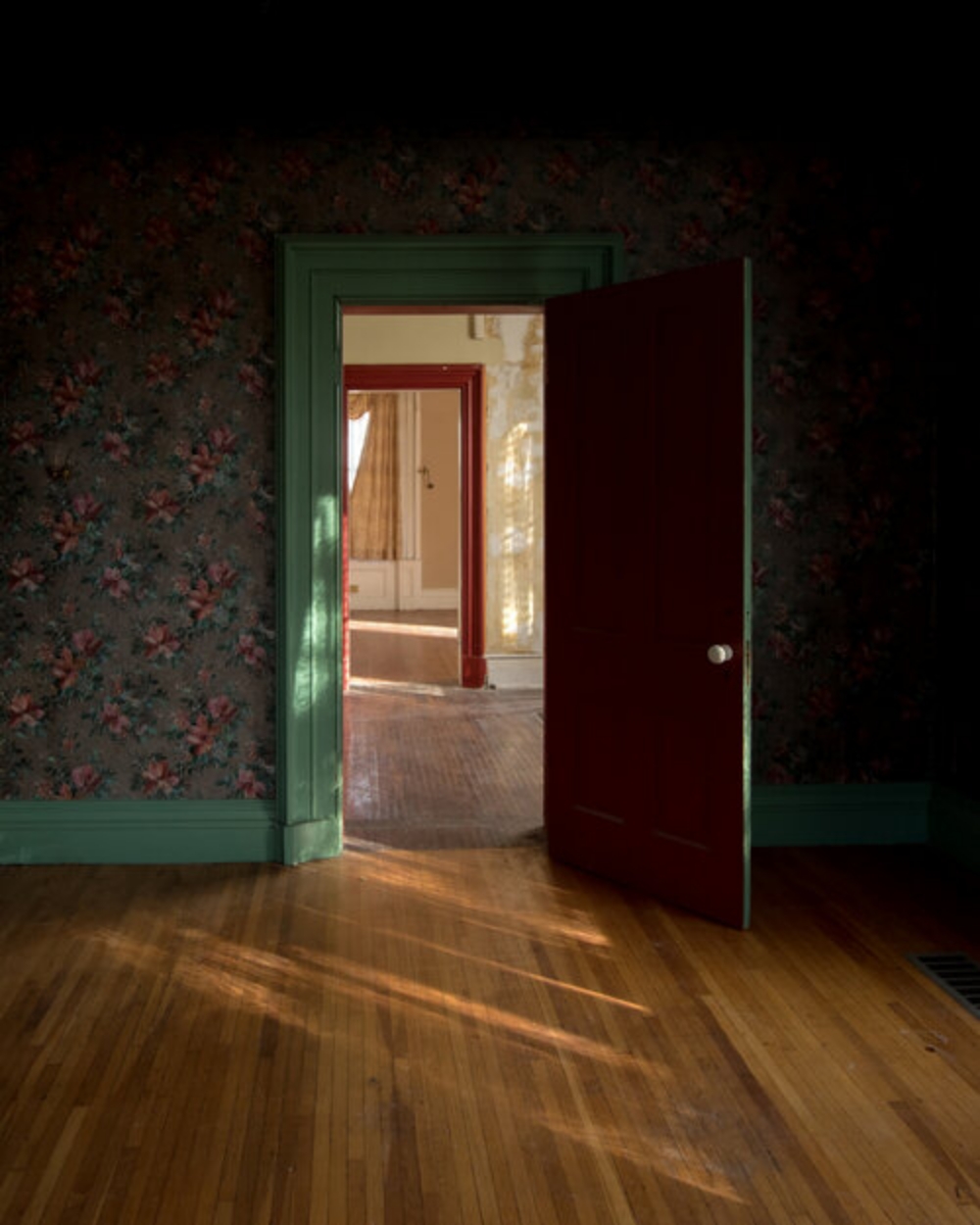 The deadline for offers is December 18th, 2019, at 5 pm Eastern Standard Time. Even if you don’t make a submission, it’s fun to daydream about living in a place like this and bringing it back to its former glory.