Johannes van der Meer, more commonly referred to as simply “Vermeer” is one of the world’s renowned painters. His works have inspired copies, books, films, and more – the most famous of which is the film The Girl with the Pearl Earring (2003) made about the 1665 painting of the same name. However, it is an earlier painting by Vermeer which has now gotten the world’s attention once more: Girl Reading a Letter by an Open Window (1657-9). The painting has been held at the Old Masters Gallery Museum in Germany, one of the Dresden State Art Collection sites, for the past 250 years. 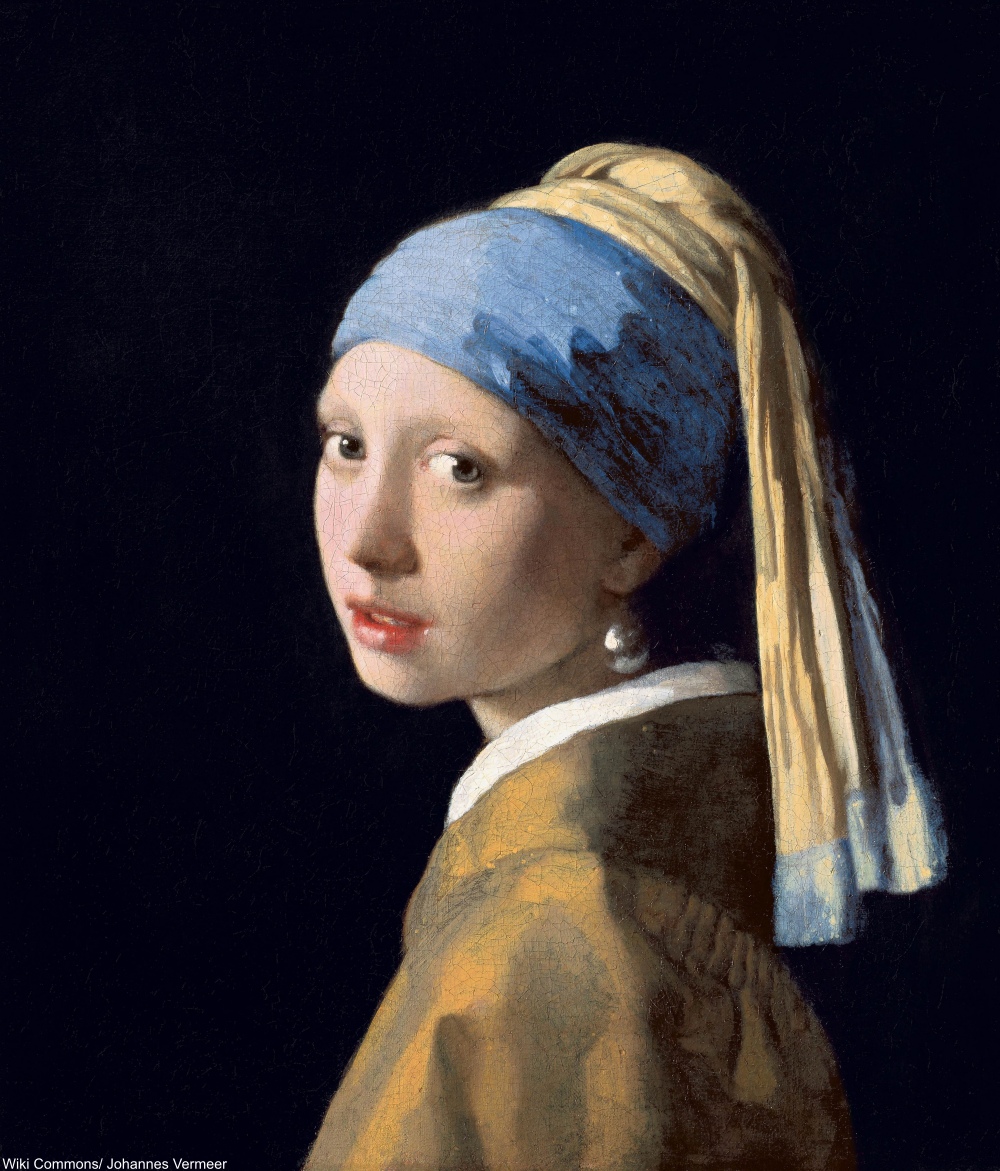 This painting is sometimes called the “Dutch Mona Lisa.” Via/ Wiki Commons

Radioscopic examinations of Girl Reading a Letter by an Open Window have revealed that the subject, a young woman with fair hair, was originally facing more towards the window, as the reflection would suggest. Artists working in oil paints will often paint over details they dislike or which don’t exactly sit right with them.

Artists have also been known to paint completely over an older painting, essentially recycling the canvas for a new work. Using an x-ray, infrared reflectography, and macro-X-ray fluorescence analysis, art restorers and historians can see all kinds of things about the painting that are completely invisible to the naked eye. 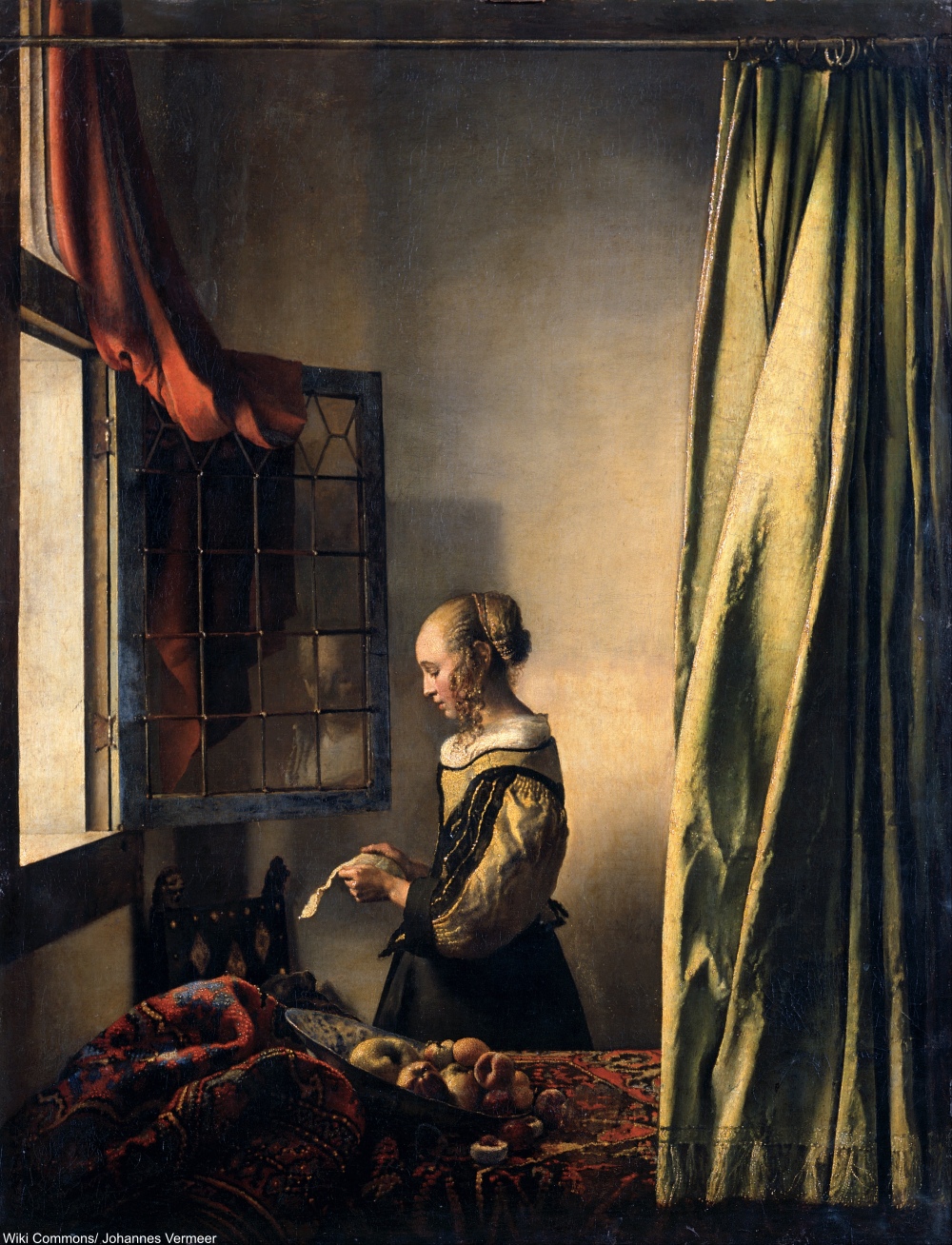 The museum had known about a cupid underneath the top layer of paint for years. However, the decision was recently made to remove this top layer when it was proffered that these strokes were not made by the master himself, but rather someone who was seeking to alter the intended look of the piece. The cupid hangs, inside his own painting, hung on the wall above the girl. 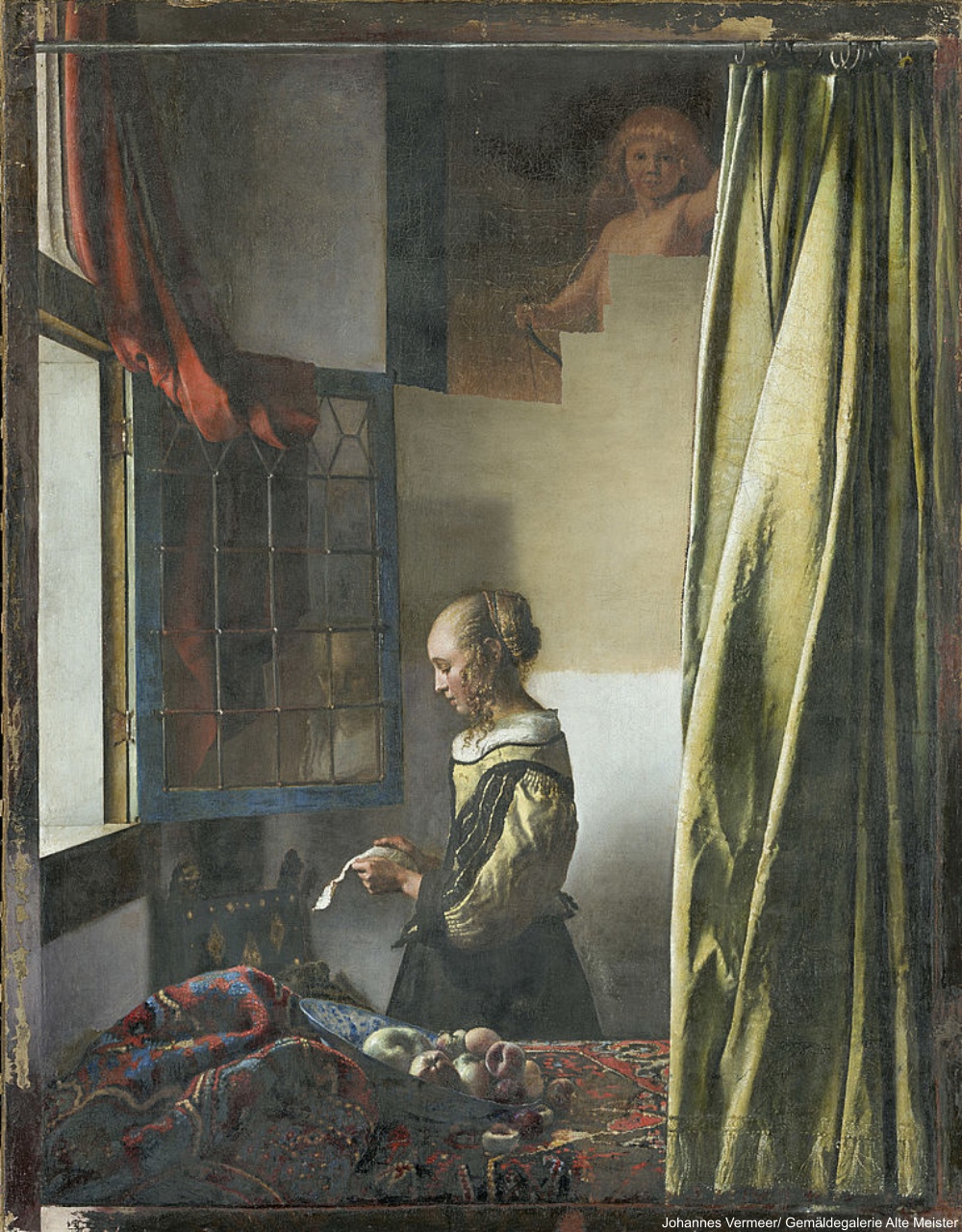 The exact same cupid painting can be seen in the Vermeer work Lady Standing at a Virginal (1670-72) seen below. A virginal, for those not in the know, was a type of instrument much like the harpsichord, which was popular in the 1500s-1600s. Another painting called Girl Interrupted at Her Music (1660-61) also included a cherub in this same pose which was also painted over – presumably by someone other than Vermeer. 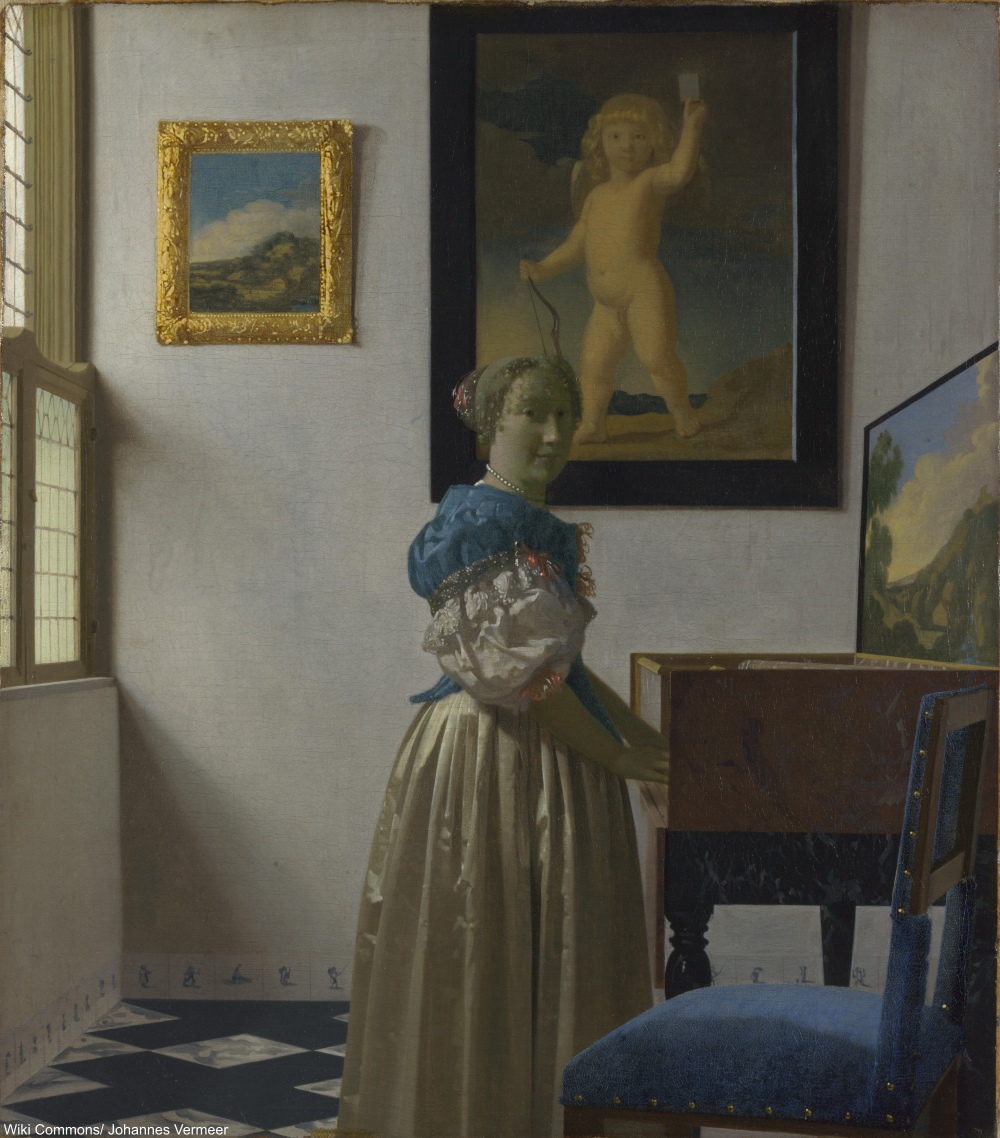 The Cupid painting has not been completely uncovered yet, but significant progress has been made already. When the painting is done is being restored, Cupid will take up as much space as the girl, making his a very important part of the overall scene. Girl Reading a Letter by an Open Window is also getting a refresh which should make all the of the colors in the painting appear more vivid and resplendent.

The painting will be on display in a state of partial restoration for approximately 5 weeks and after that the full process will be completed.

Why did Vermeer include this cherub in three different paintings? Was it a favorite of his? We know that it was his habit to create paintings within paintings quite often, but why in particular was the Cupid painting included so many times? In the case of Girl Reading a Letter by an Open Window Vermeer may have intended for us to know that the letter she reads is of a romantic nature.

We will never know for certain what his relationship to this Cupid actually was, but you can see more about the fascinating restoration process in the video below.

See what really happens during the restoration of an antique painting: Click “Next Page” below!