The Sad History of the Iron Lung

Polio outbreaks swept the globe in the first half of the 20th century, leaving paralysis and devastation in every effected community. Particularly vulnerable were children, who contracted the disease at higher rates. These kids risked losing the chance to ever walk or run. However, humans of any age can catch the disease. The poliovirus causes a variety of symptoms, but some people who are exposed will develop no symptoms at all.

For the unlucky few who have serious health problems because of polio, meningitis and paralysis are two of the biggest risks. Poliomyelitis is the condition of paralysis caused by polio. Those who are paralyzed can be temporarily or permanently. The paralysis meant that breathing became incredibly difficult for victims of polio. 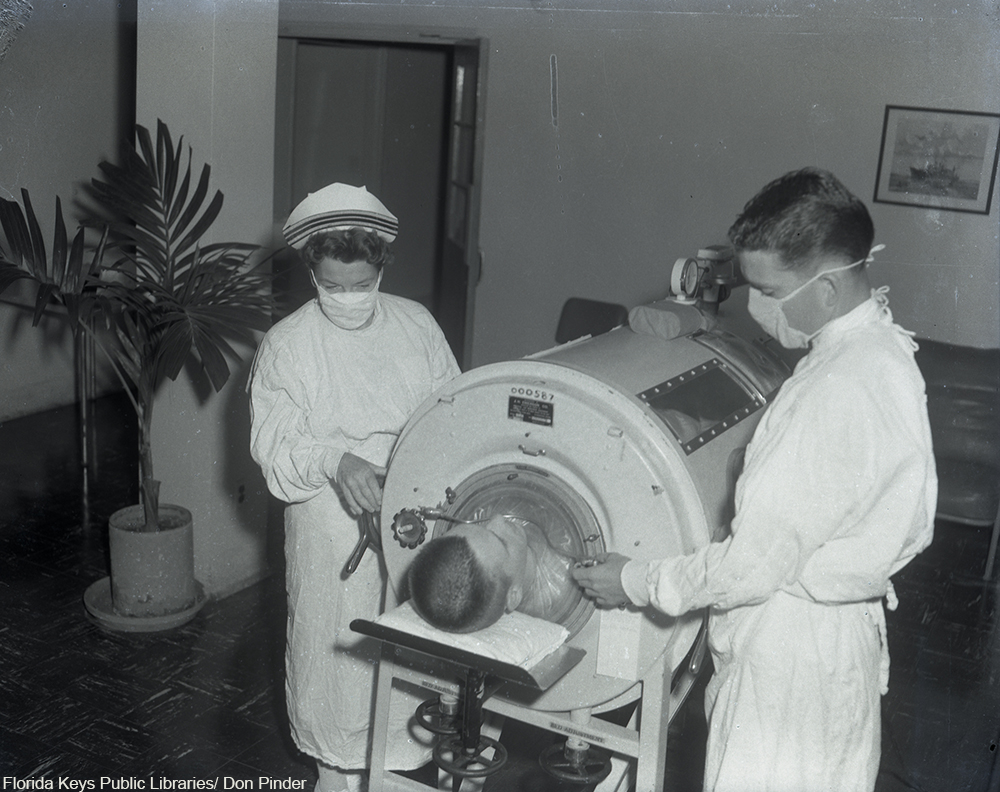 What became known as the iron lung was first invented in 1929 and small monkeys were used to test the effectiveness of the machine. The original name for the device was the Drinker respirator, named for Dr. Philip Drinker who developed the iron lung. The concept of the machine is that a vacuum created by bellows forces air in and out of the lungs, thereby assisting with breathing. 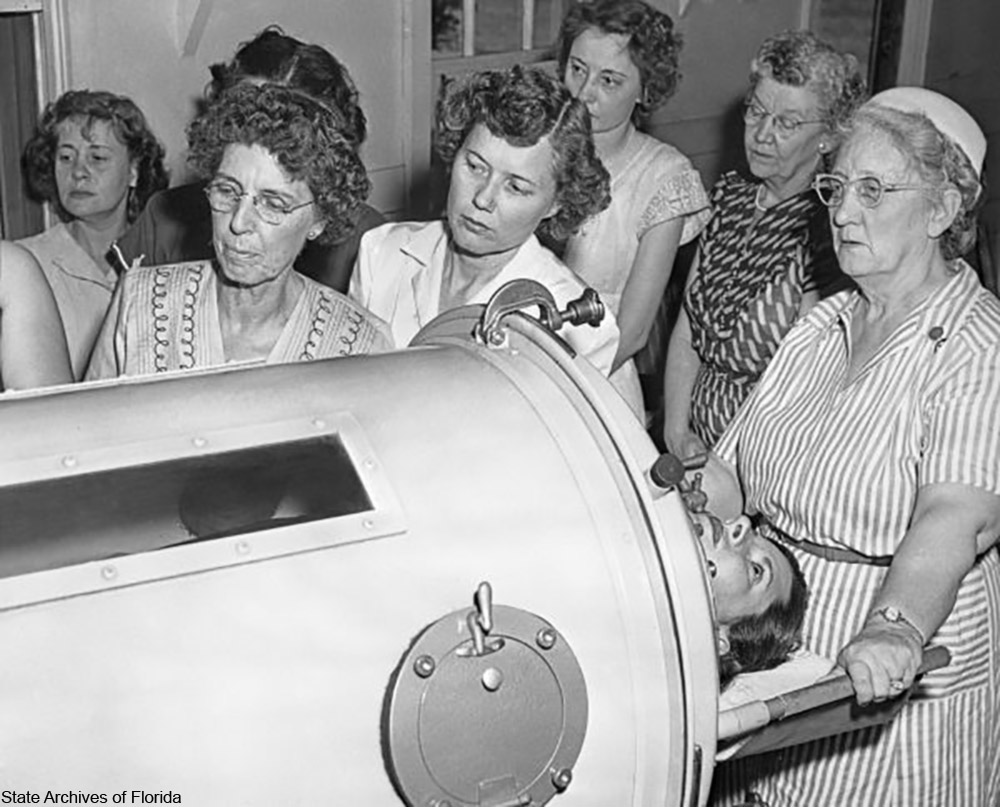 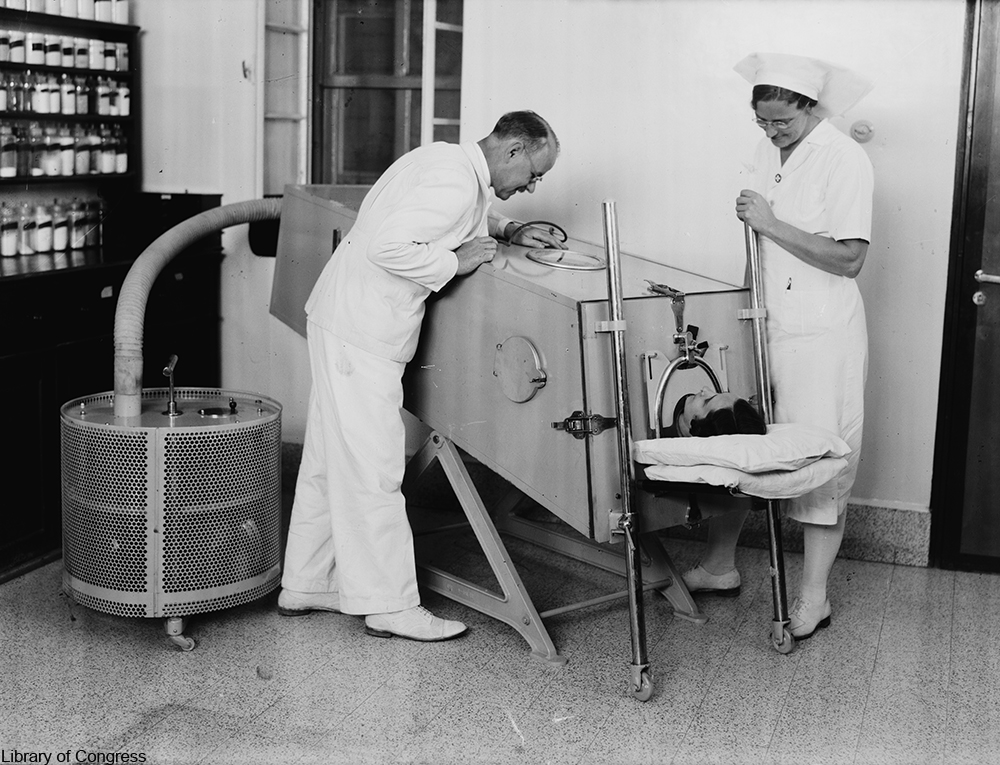 The head of the patient remains outside the metal human-sized tube which houses the vacuum chamber. This meant that patients could still talk and (carefully) eat, but it also meant spending months, or sometimes even years immobile and unable to use limbs or even sit up. Sometimes only the muscles of the chest were paralyzed, at other times near-complete paralysis set in.

For many people the iron lung was a temporary assistance, but others spent years or even decades in these devices from their polio infections. The polio vaccine was released in 1955, with both oral and injectable formulations used then and now. Thankfully the disease has been functionally eradicated in the U.S. since 1979. 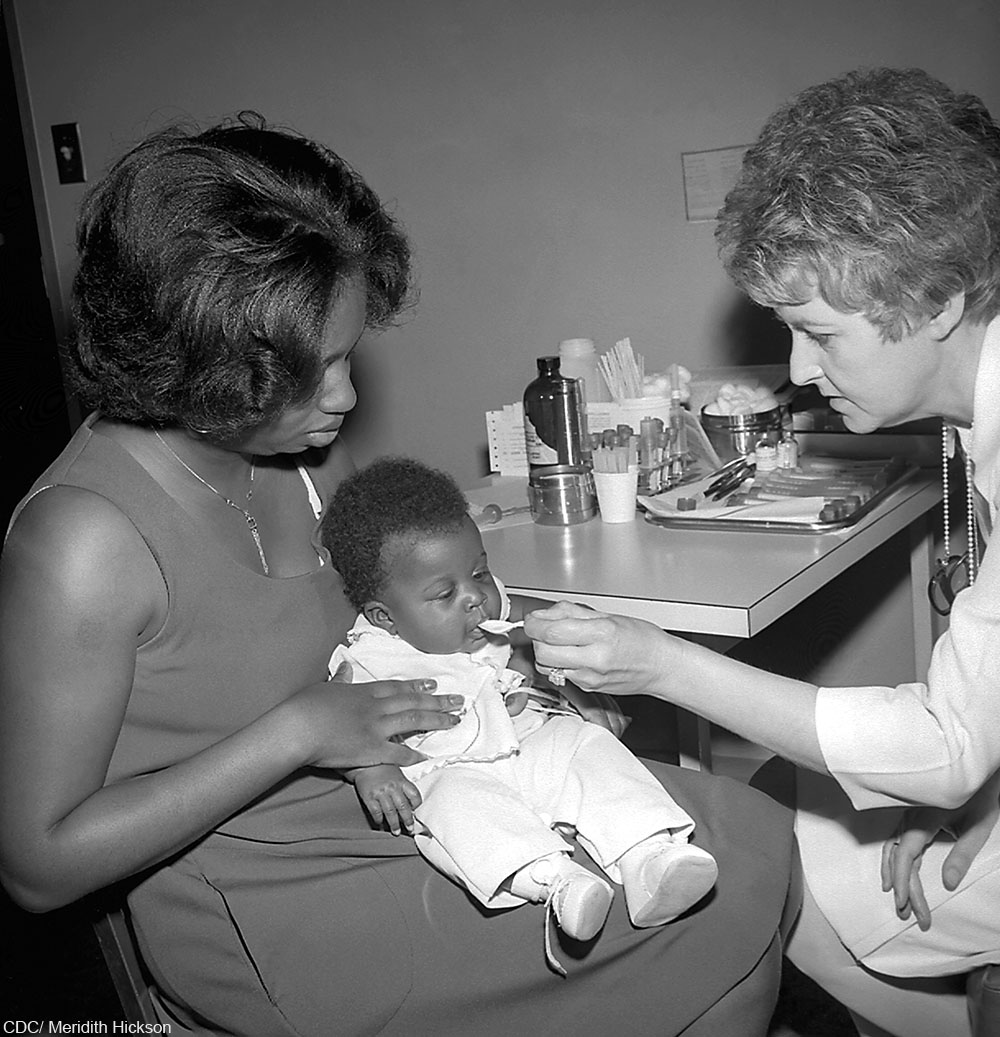 Polio is far from eradicated globally, though. India, parts of Africa, and more recently Syria all still have outbreaks – `with the later suffering from thousands of affected individuals. Polio is spread most commonly through feces that is accidentally ingested, but can also be spread by droplets from an infected person’s cough. During the polio outbreaks of the early and mid-20th century people had no idea how it was spread or why so many people contracted the disease. 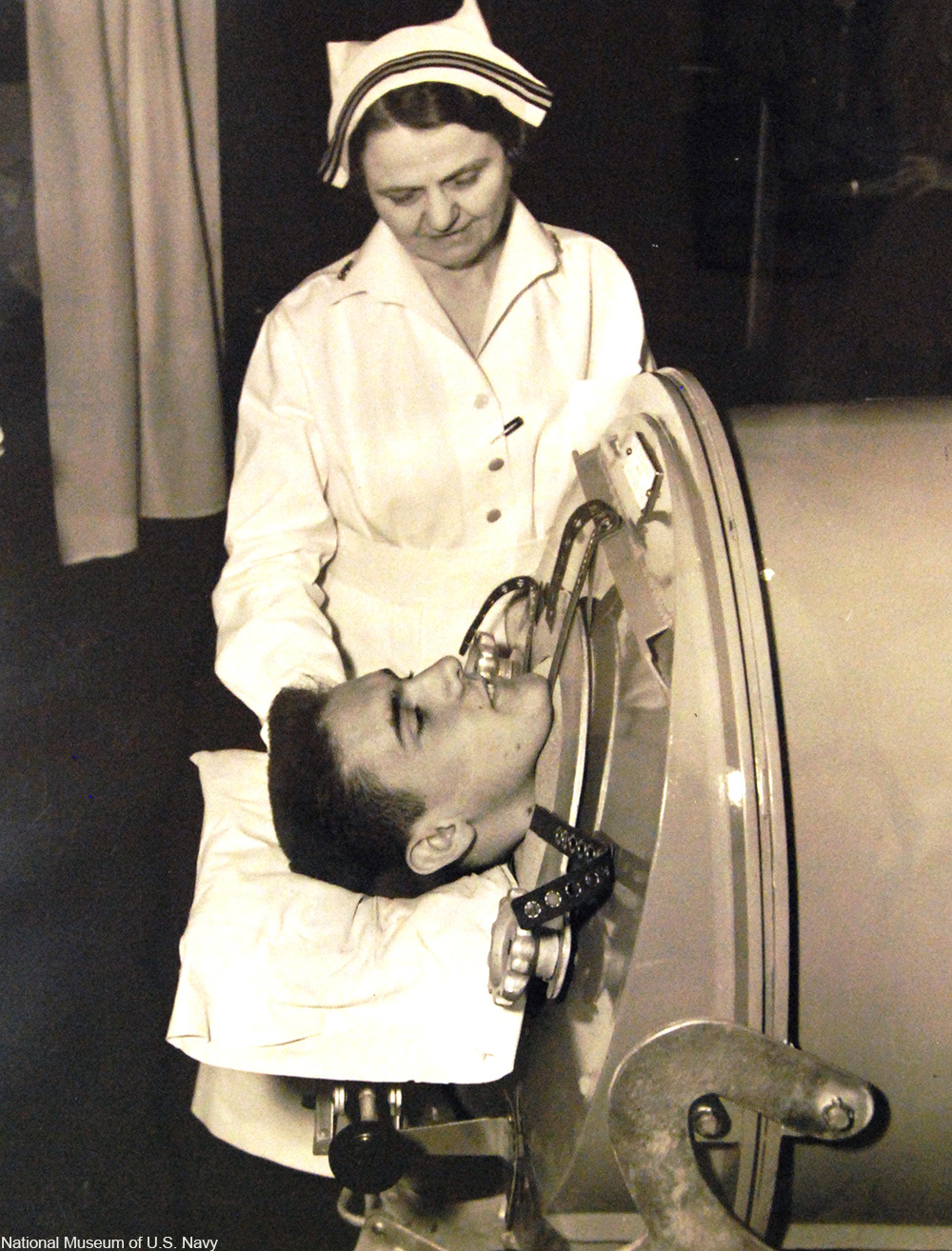 One lasting side effect of polio is paralysis and deformation of the legs. So, two of the other most common treatments for polio were physical therapy and leg braces. Both helped patients walk or move around when recovering from poliomyelitis, which nearly always lasts for at least 60 days (if not longer). 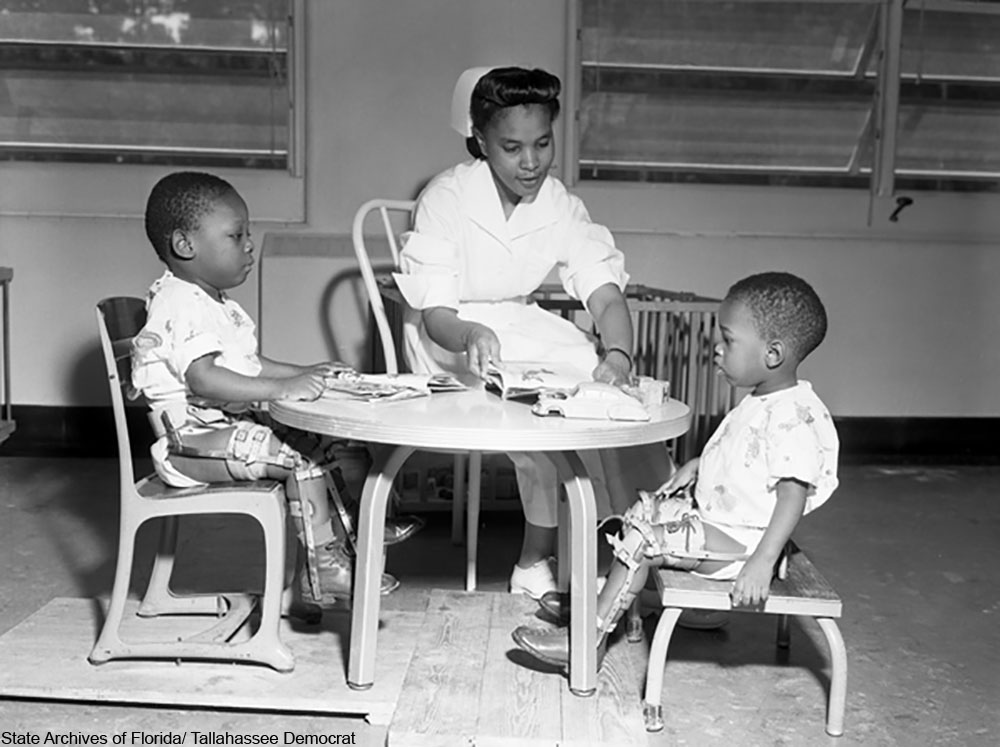 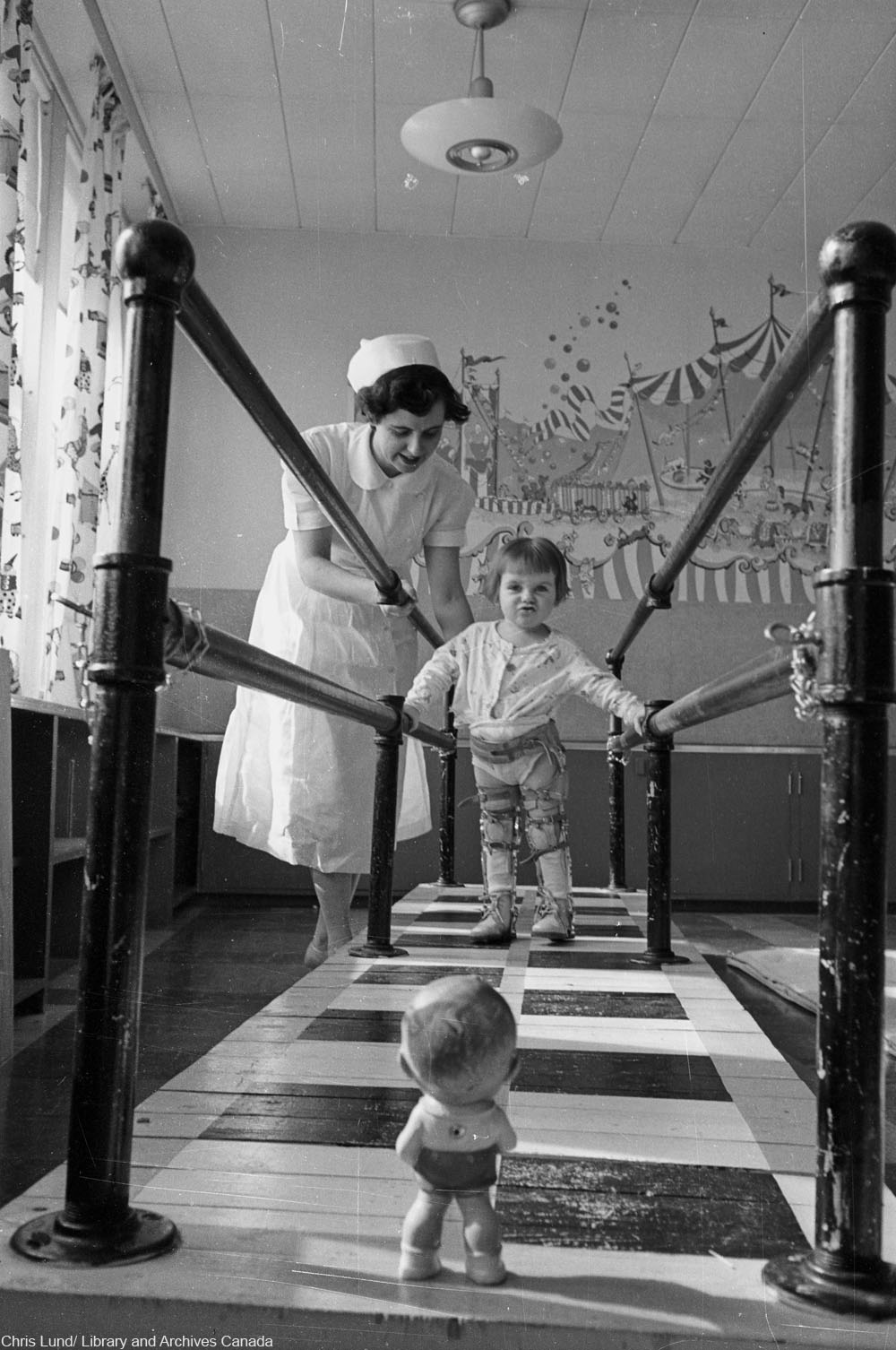 President Franklin D. Roosevelt never fully recovered the use of his legs after contracting polio at the age of 39. However, the vast majority of those infected are children as adults usually have immunity from being exposed earlier in life. But, polio did not play a part in his death. Rosevelt would later die from a stroke. 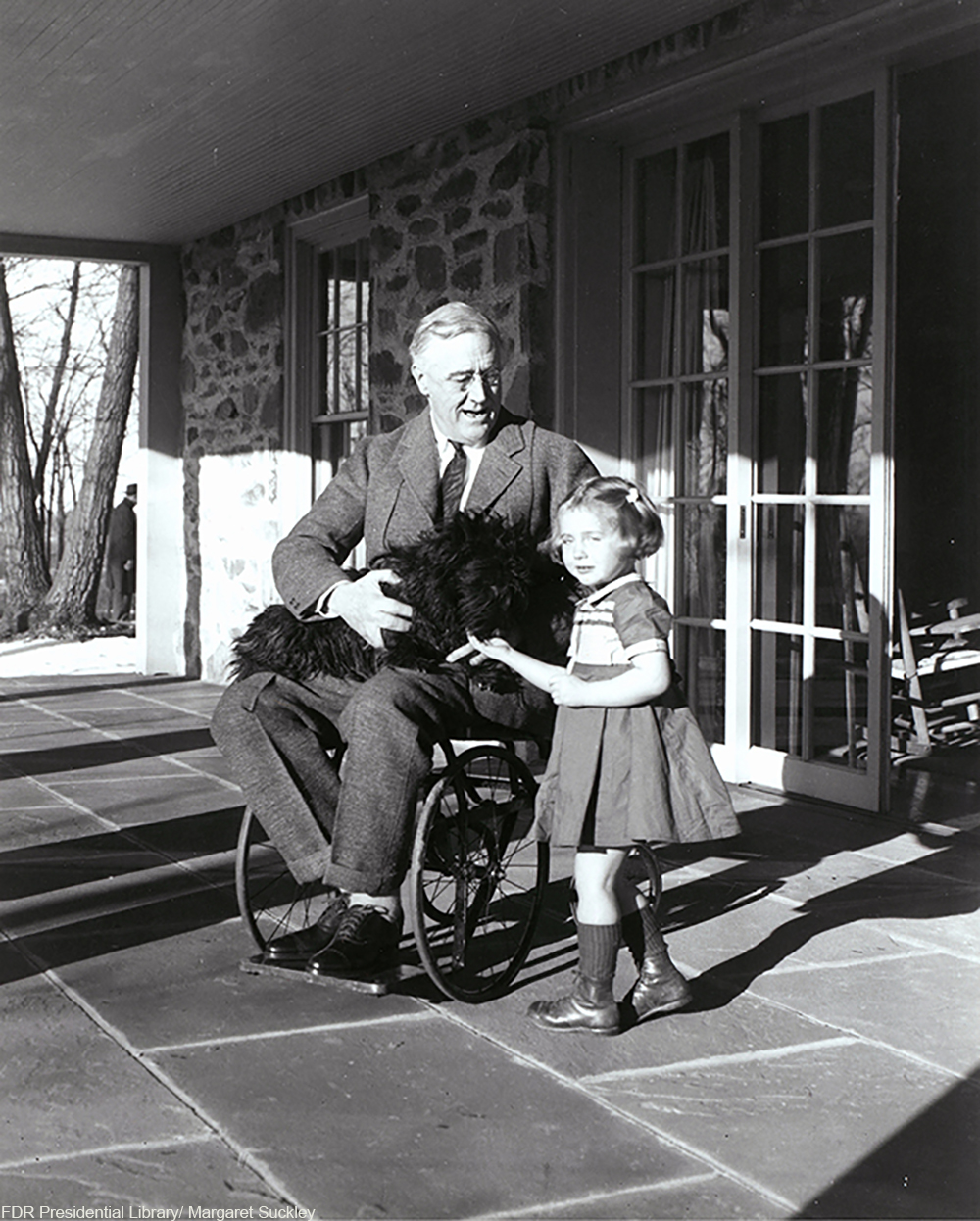 The medical community has never developed a cure for the virus, which meant that years later adults who appeared to have healed as children could suffer from relapses and breathing problems.

Some of these adults in the past were put into iron lungs to keep them breathing. However, the number of iron lung users has steadily declined over the years as other respirators and the vaccine meant that fewer people needed fully supported breathing- which is just as well since manufacturers ceased providing parts or technicians to repair the machines. 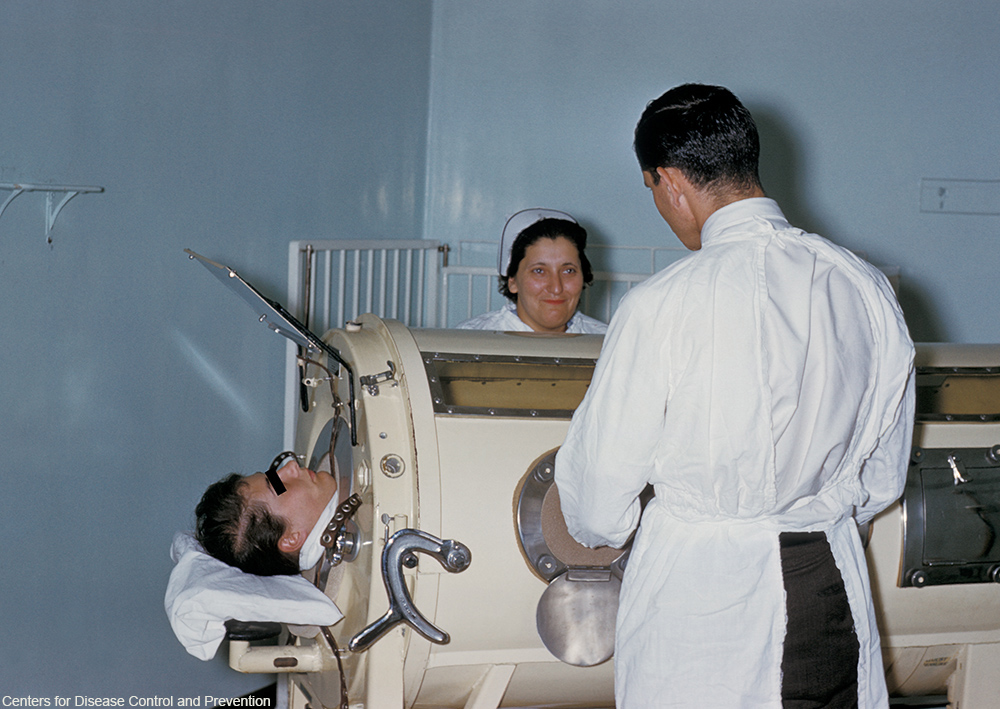 As of 2017 only a small handful of aging polio victims in the U.S. were still using iron lungs to breathe. While there isn’t a cure or even global eradication, efforts to keep the disease under wraps continues.

In the 1700s employers actually sought workers with smallpox scars: Click “Next Page” below!