5 Effects of Inbreeding on the Royal Families of Europe

In the days when royals literally ruled each country, who became king or queen was of grave importance to the then-current rulers. For centuries only male children could inherit the throne in most areas. This meant that most royal unions focused on having male heirs. With only a portion of the royal children eligible to rule, keeping alliances between different branches of the family was seen as a necessity and at the time inbreeding was the way many royal lines achieved this end. 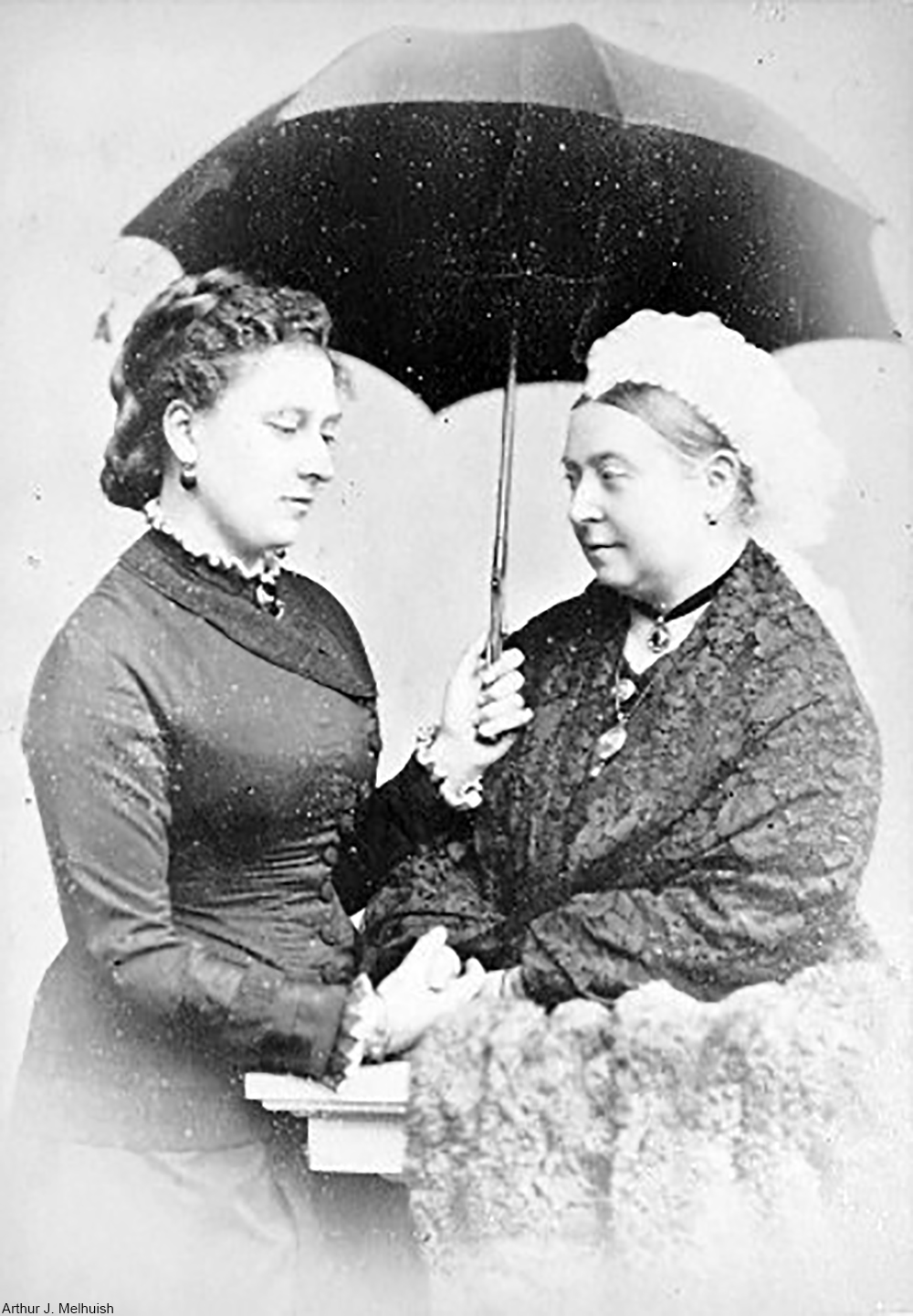 Princess Beatrice with her mother, Queen Victoria in 1881. Via/ Wiki Commons

The results of inbreeding, however, were not well understood at the time. Indeed, even many illnesses were not understood back then, leading to vague diagnoses and charlatan healers offering spiritual cures. The inbreeding among the royals of Europe wasn’t simply about second cousins marrying: first cousins and even uncles and nieces were wed to each other in what turned out to be a hapless experiment in genetics. Here are some of the most well-known problems that plagued the royal families. But, of course there might even be others that we do not know know about.

This was most prevalent among the Spanish line of descent. The external effects of this were most readily seen in the male members of the Hapsburgs, and less so in the female members, although both exhibited the Hapsburg Jaw. However, there were other problems that were less visible at first glance, like problems with the formation of the tongue which led to speech problems for Charles II, the last of the Hapsburg rulers of Spain. 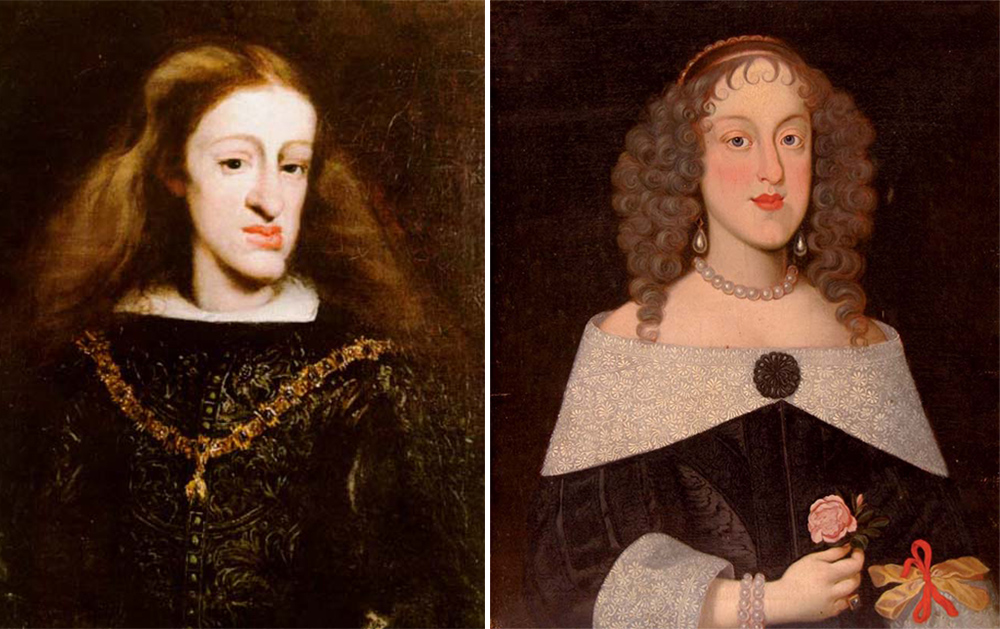 Family resemblance between Carlos II of Spain (1661-1700) and Archduchess Isabella Clara of Austria
(1629-1685), and the notorious Hapsburg jaw seen on both. Via/ Wiki Commons

Based on known familial marriages of the Hapsburg dynasty, experts estimate that many of the related couples shared nearly 10% of the same DNA.

This was again most prevalent in the Spanish royals since they had mercilessly defended the crown through inbreeding for many generations. Hydrocephalus causes water on the brain at birth, something which can result in a wide variety of problems from minor symptoms to severely debilitating and lifelong consequences and even death.

But, the disease also affected the British royals. Bacterial infection and hydrocephalus were the confirmed causes of death upon autopsy of 11-year-old Prince William, Duke of Glouchester, the oldest surviving child of Queen Anne and Prince Consort George of Denmark. William was one of a heart-wrenching 17 children that the couple lost. The couple were each both descended from King Frederick II of Denmark, being closely related cousins. The Hapsburg line was also said to have suffered from this condition. 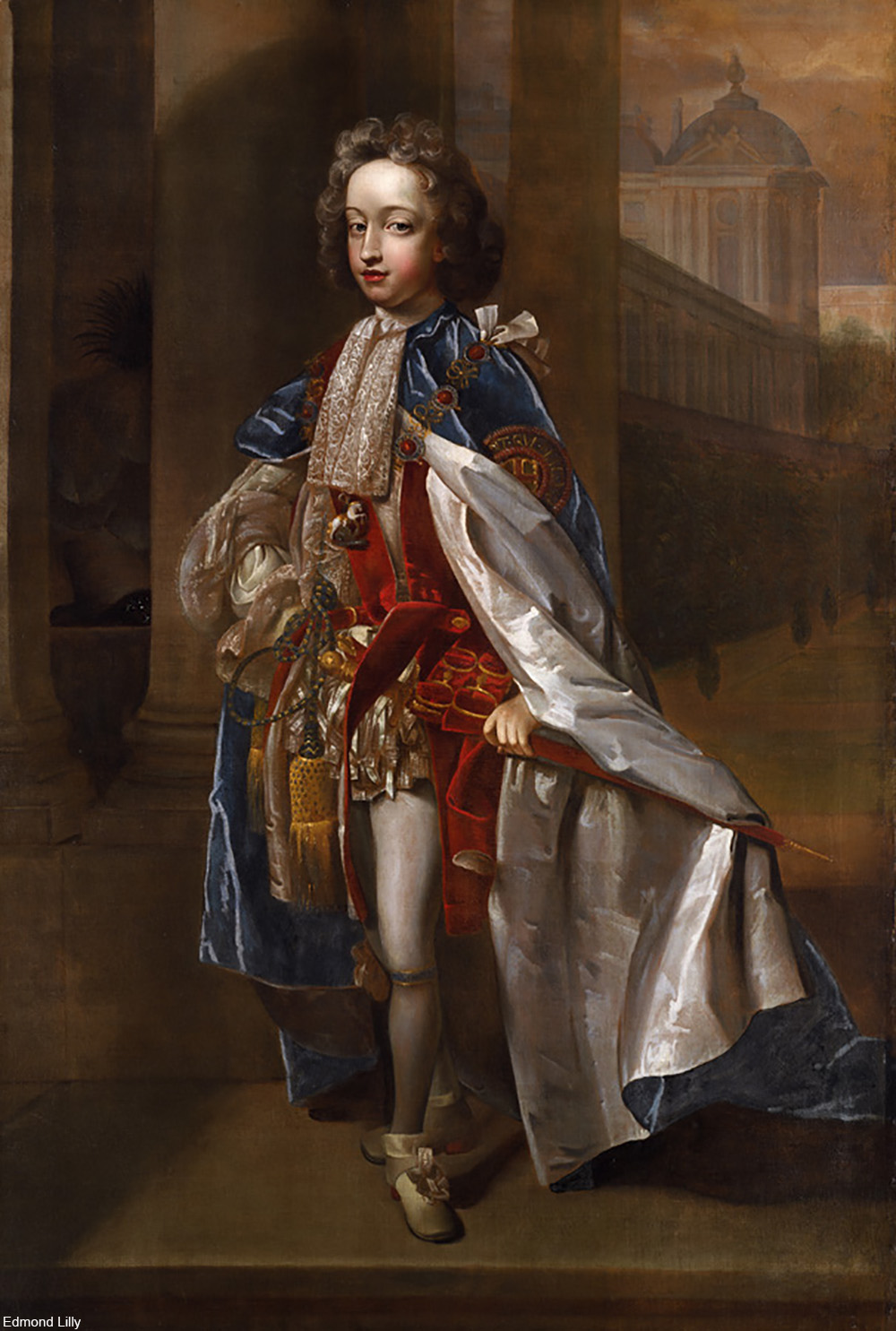 Prince William, Duke of Glouchester, died in 1700. Via/ Wiki Commons

Queen Victoria and her husband, Prince Consort Albert, were both carriers of the disease, which requires one set of recessive genes from each parent to pass to the children. The coupling of these defective genes from an in-family union is why inbreeding is so dangerous and unpredictable.

Victoria and Albert were first cousins and their son, Leopold, suffered his whole life, eventually dying at age 31 from hemophilia. 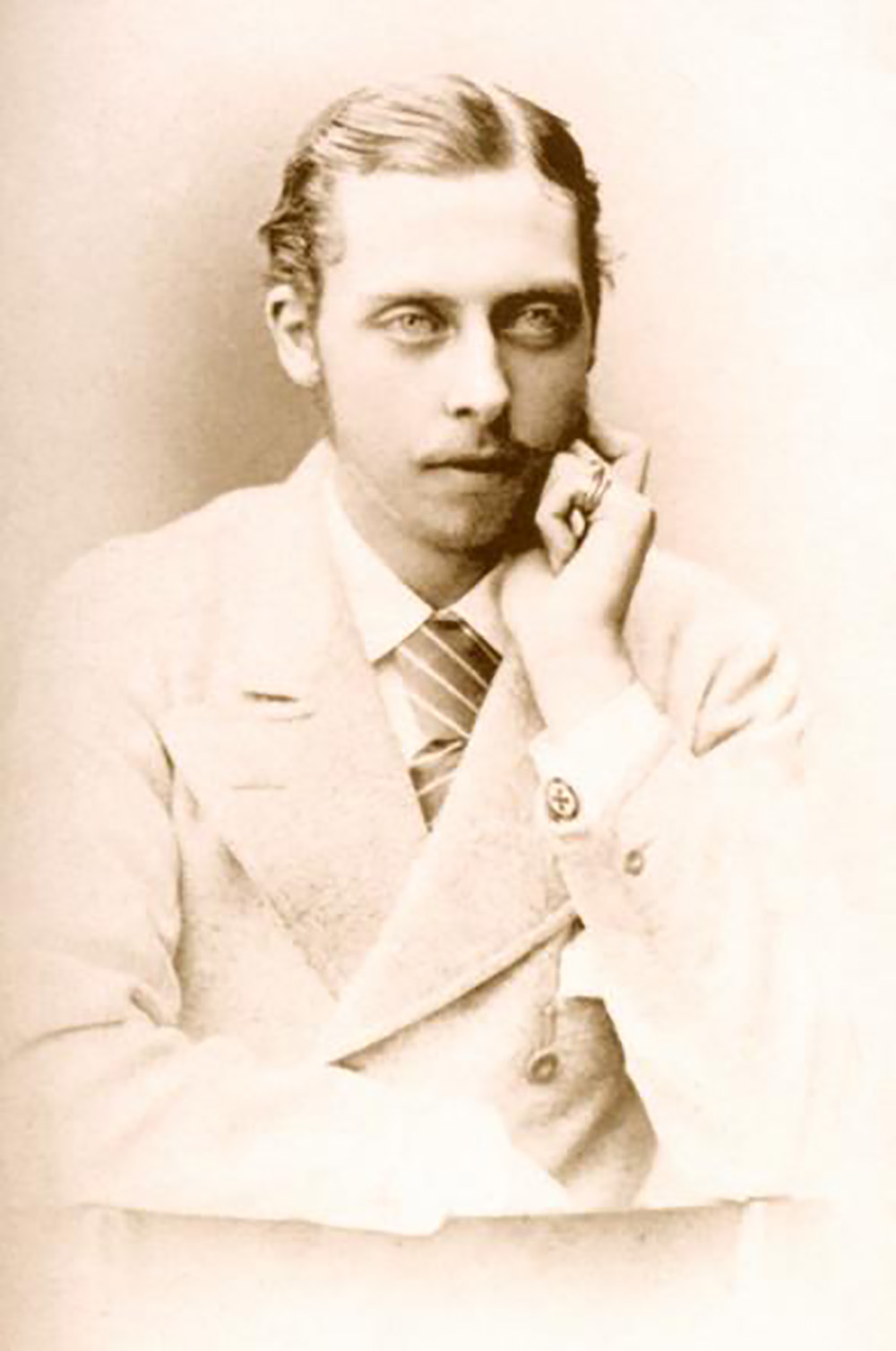 Prince Leopold as an adult. Via/ Wiki Commons

Russian Czar Nicholas II’s family was also affected. Before their murders during the Russian Revolution, the failing health of his son and heir, Alexi, prompted special help to be sought outside the medical establishment. The notorious Grigori Rasputin was brought in as a healer for the boy, which led to a series of tragic events including Rasputin’s own extended death scene. No cure for hemophilia exists even today, so it’s hard to imagine what -if any- help was given to the boy. Queen Victoria was Alexi’s great-grandmother.

This ailment was thought to be most prevalent in the British royal family, especially given that King George III, grandfather to Queen Victoria, famously went mad during the last decade of his life. His parents were third cousins. However, given the other evidence there may have been many other mad members of European royal families whose ailments were kept secret or which were mistaken for other diseases. In recent years arsenic poisoning from cosmetics has also been suggested as cause of the king’s ill health and mental illness. 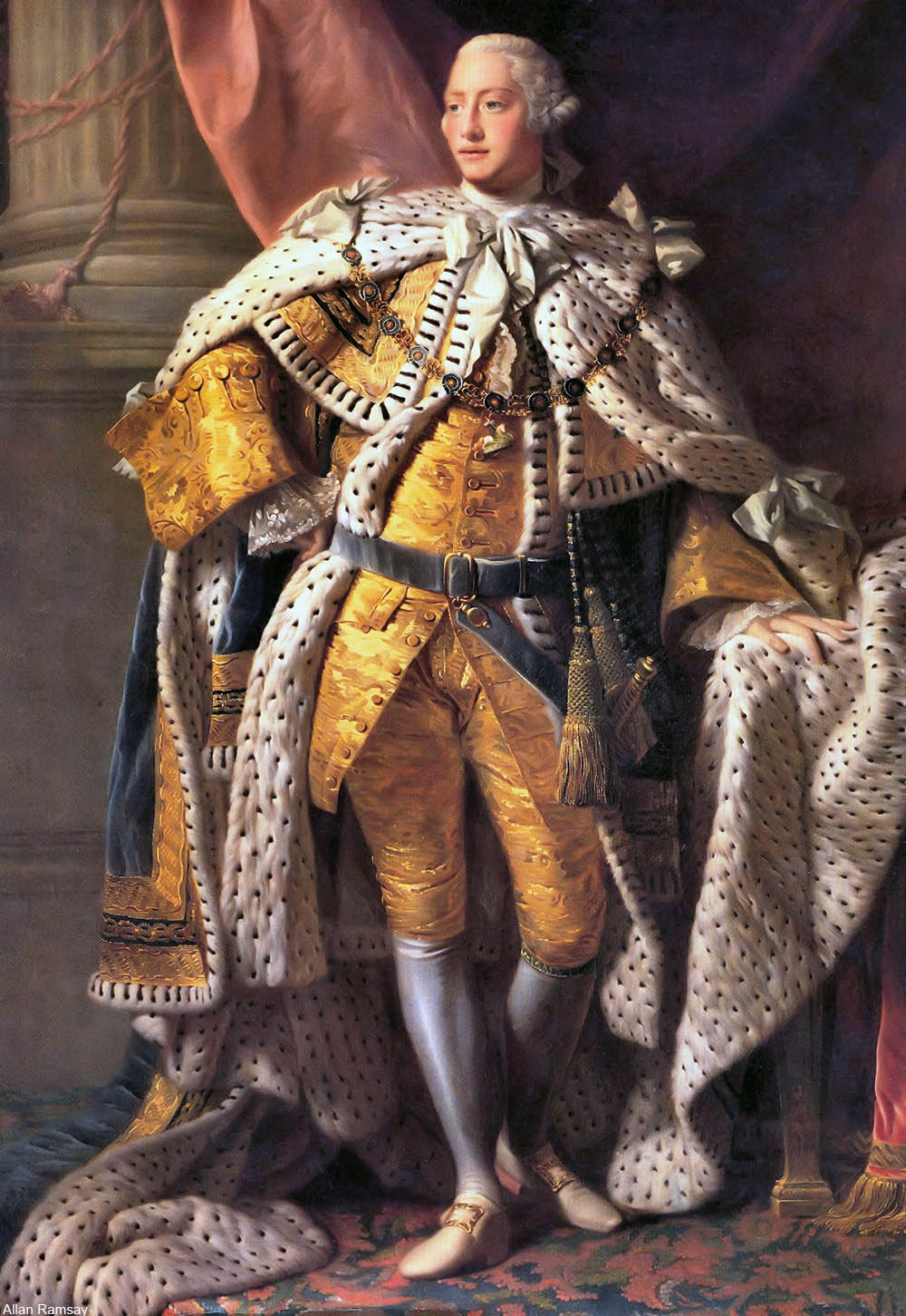 Augusta Victoria of Hohenzollern was married to her cousin, King Manuel II of Portugal, in 1913. Despite both being young, the union produced no heirs. There are many such examples in the royal families of Europe. And, while we can’t know for certain that inbreeding is what caused these childless marriages, with the strong pressure from family and advisors alike to procreate, it seems like infertility due to comprised genetics likely played some role in these royal dead ends. 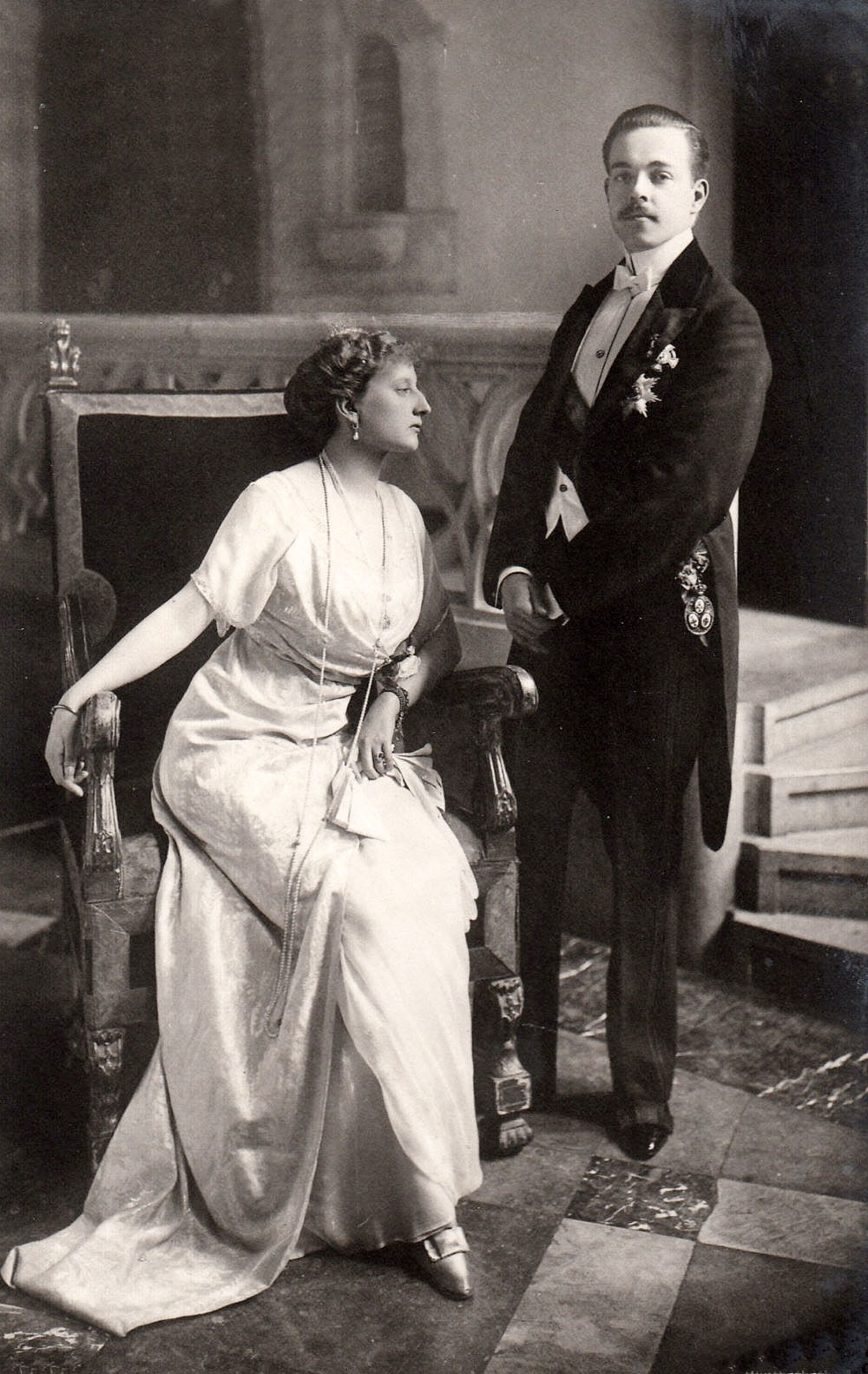 Augusta Victoria of Hohenzollern was married to her cousin, King Manuel II of Portugal. Via/ Wiki Commons

The aforementioned Hapsburg, Charles II of Spain, also died without heirs, something which is now strongly believed to have been a direct result of the family’s inbreeding over the course of two centuries and which ended the line altogether.

Queen Elizabeth II and Prince Phillip are both descended from Queen Victoria (she was great-great-grandmother to both), but the bloodlines have been diluted enough that their children do not suffer from any of the above maladies. The relatively relaxed attitude of young royals these days ensures that they absolutely don’t have to marry other royals and therefore can avoid marrying cousins. 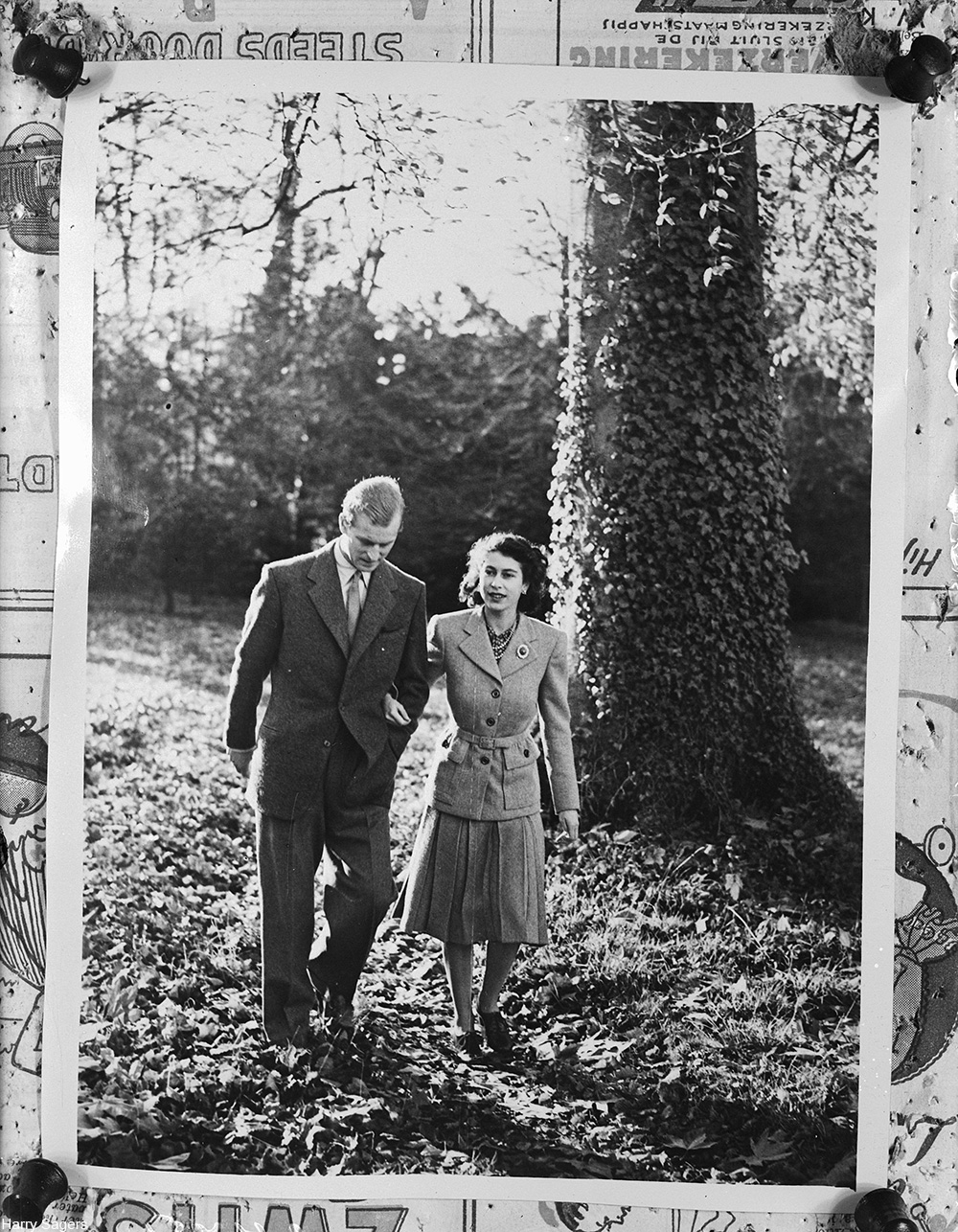 Princess Elizabeth and Prince Phillip in 1947, there year they married. Via/ Nationaal Archeif

Incidentally, the Bourbon line of France, of which descendants occupy the throne in Spain to this day, also committed inbreeding, but kept just enough outside blood in the family to prevent the worst of these problems from occurring.