What Ancient Roman Statues Are Actually Supposed to Look Like

Go through any museum with an antiquities wing and you will likely see the ghostly white faces and sculpted bodies of one or two classical statues. These impressive works of art were one of the first public art offerings in the Roman Republic, a society in which the commonality of the ruling and voting class was cemented through art, music, architecture, and other creative pursuits. There is something very mesmerizing about an all-white state. Without pigment in the eyes or hair or lips, the result is somewhat supernatural. However, this was not how the statues were actually intended to be seen. 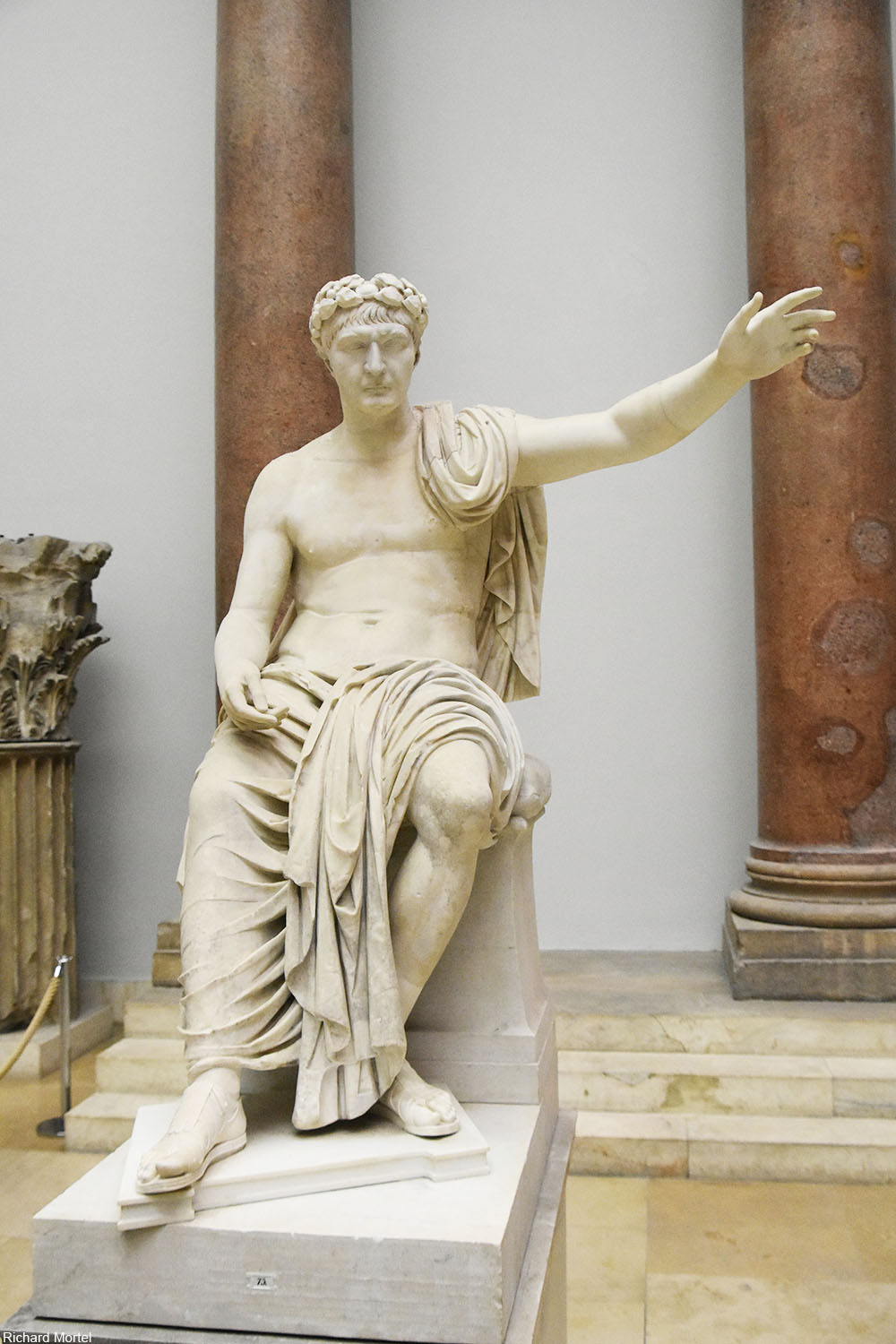 Based on black and white photographs, on white Roman statues, and on faded garments, many people have the impression that people in the days of yore were afraid of color. On the contrary, a lack of good permanent dyes and other things we take for granted today made color a highly sought after commodity. Early paint pigments were made from pulverized minerals and gems, making them prohibitively expensive for all but the wealthy. It was owing to their rarity and cost that bright paints were also used to ornament Roman statues, frescoes, and other works which could be viewed by the public. 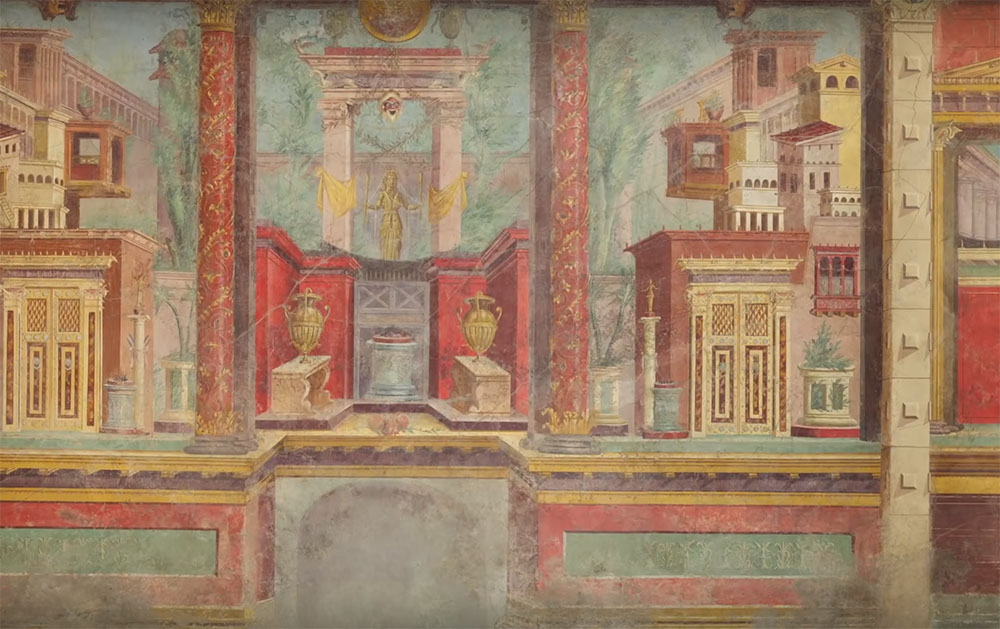 Classical Roman fresco in shocking reds and greens. Via/ YouTube

So, what happened to all the paint on the statues? The paint that had originally been on these statues faded or chipped off after having been outside for centuries. It was during the Renaissance period that a revival of classical Greek and Roman arts became popular. Retellings of ancient stories were completed in stone, with Michelangelo being one of the renowned sculptors of the era. And, these artists copied the
bare stone they saw in the original statues. 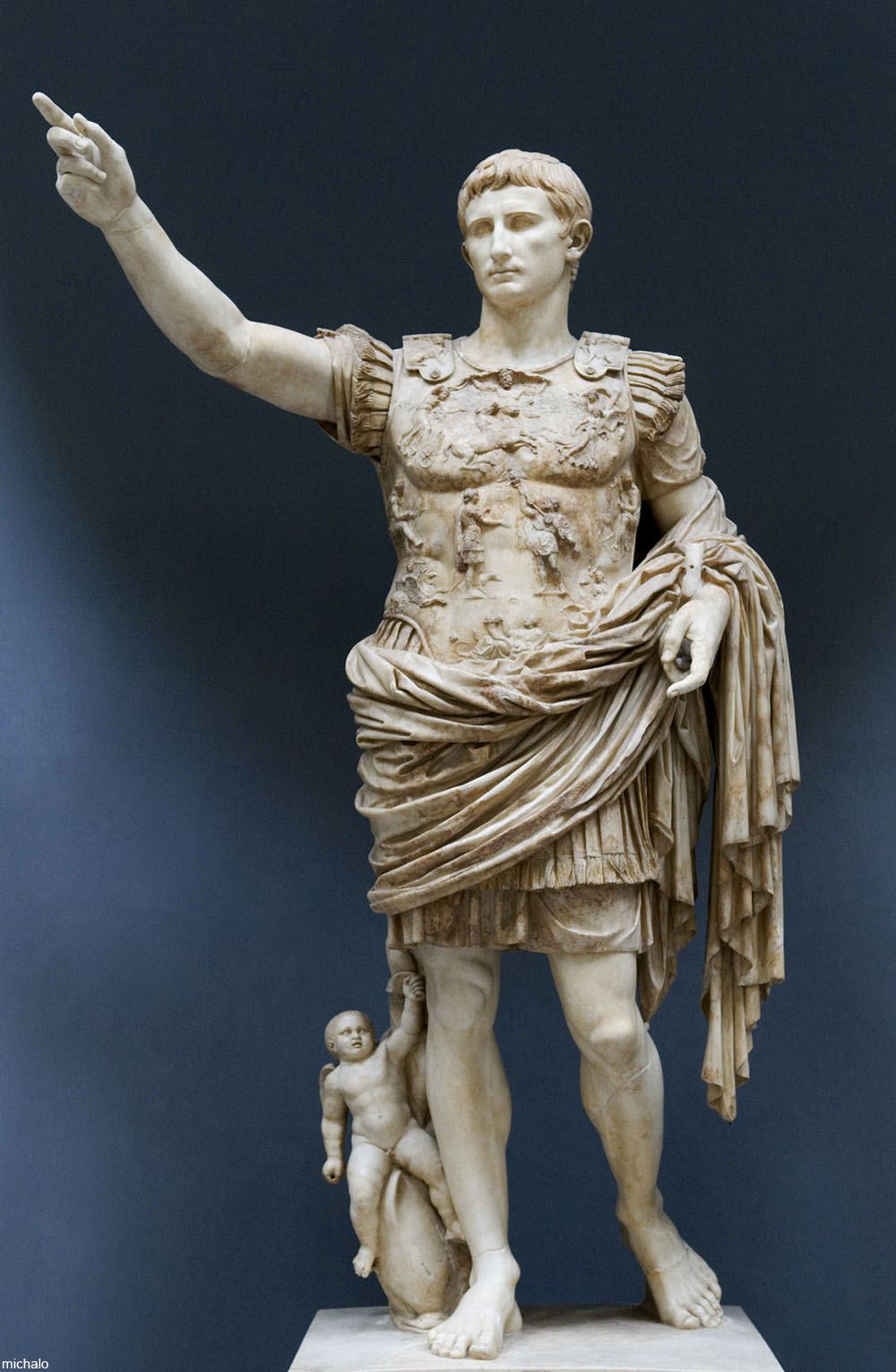 Agustus of Prima Porta statue as most people know it. Via/ Flickr

This type of sculpting became increasingly popular in the baroque period into the modern era, to the point that most knowledge of the paint on classical statues was lost. Art historians along the way often ignored evidence that the statues had ever been painted, arguing that plain marble portrayed the figures in the most beautiful way possible.

One of the most common points of reference is the Augstus of Prima Porta, a consistently popular statue on display at the Vatican Museums. The striking figure of the statue is uncomplicated by pigment, but that’s not really how he was intended to look.

Using UV light art historians can now determine if a statue was previously painted or not, regardless of whether any original paint still covers the statue surface. Tiny fragments of color left on the surface do also help, as those can be closely examined to understand which colors and formulas were used. 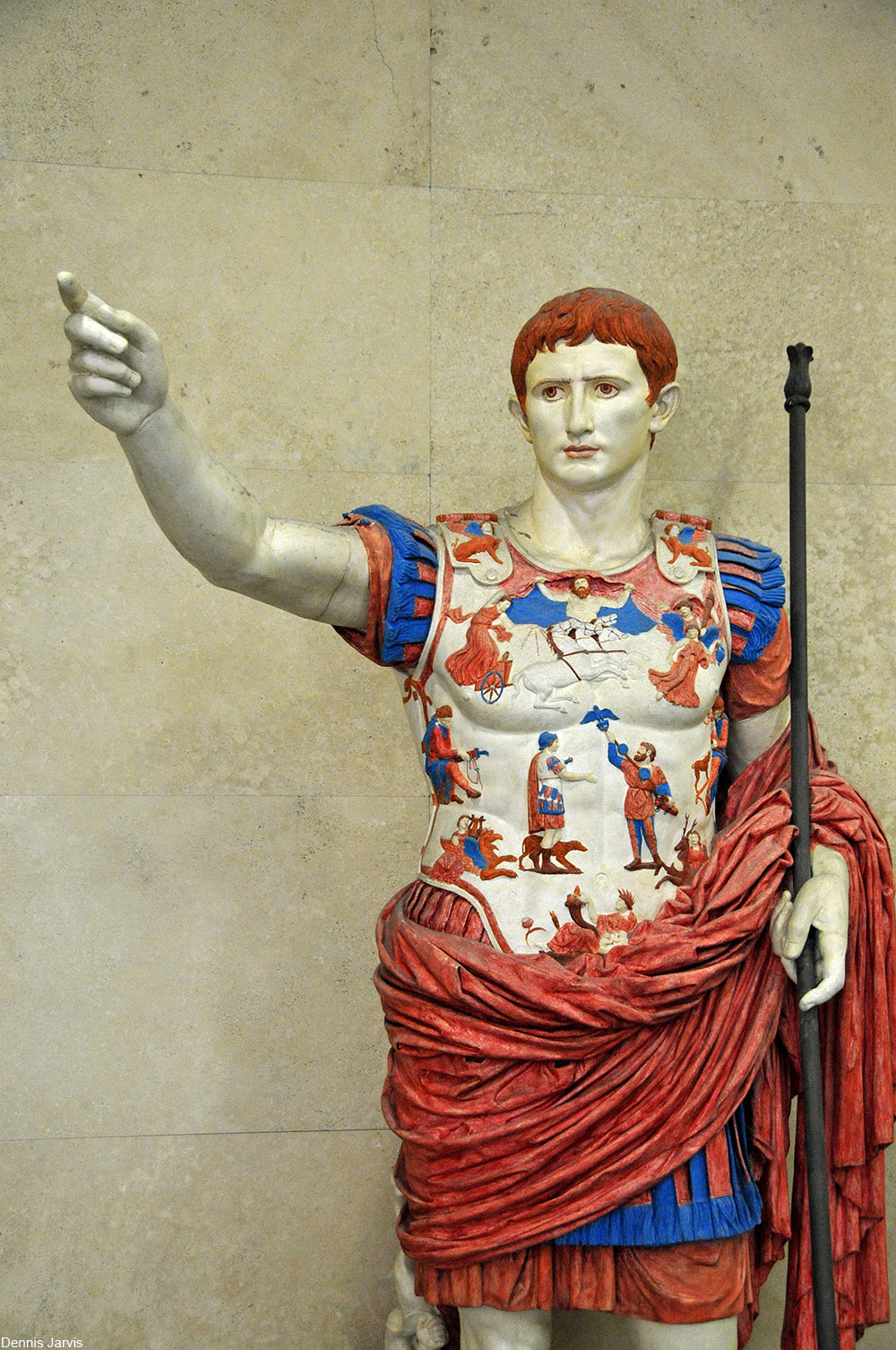 A copy of the Agustus of Prima Porta painted to what it might have looked like in the 1st century when it was created. This is also on display at the Braccio Nuovo of the Vatican Museums. Via/ Flickr

German archaeologist, Vinzenz Brinkmann, is one of the foremost scholars on the subject, uses plaster replicas to paint on once the original paint colors have been determined via UV light or other means. The structures may be plaster, but the pigments he uses are as close to the ancient Roman paints as one can get, and they are still expensive commodities today. You might think nothing of the cost of jewelry with a lapis lazuli stone, but just imagine crushing up many pounds of the semi-precious stone in order to make blue paint. Still, the finished product gives us a better idea of the splendid color that Roman statues and temples would have displayed.

Take a closer look at the vivid painted statues of Ancient Rome in the video below.