According To The Manufacturers, We’ve All Been Riding Escalators Wrong

If you live in a big city, you quickly learn to adjust. You learn all the “rules of the road” whether you’re driving or being a pedestrian. It soon becomes second nature – so much so that you’re able to pick out the tourists from the crowd. Even something as simple as riding an escalator has rules – very much like traffic rules – which are important to follow for the beneficial flow of those around you. They’re quite simple too: stand on the right, walk on the left, and never be that a-hole that blocks traffic by plonking yourself in the middle of the two.

Now imagine you’re somewhere with one tourist standing right in the middle, with a hand on each rail? I’m sure all the New Yorkers reading this probably have pulsing forehead veins at the thought. But what if we told you, that is actually the correct way to ride an escalator?

Yeah, I thought it was a joke too, but according to the CBC, escalator manufacturer Otis Elevator Company suggests “users stand in the middle of the escalator with hands-on both railings for maximum safety.” 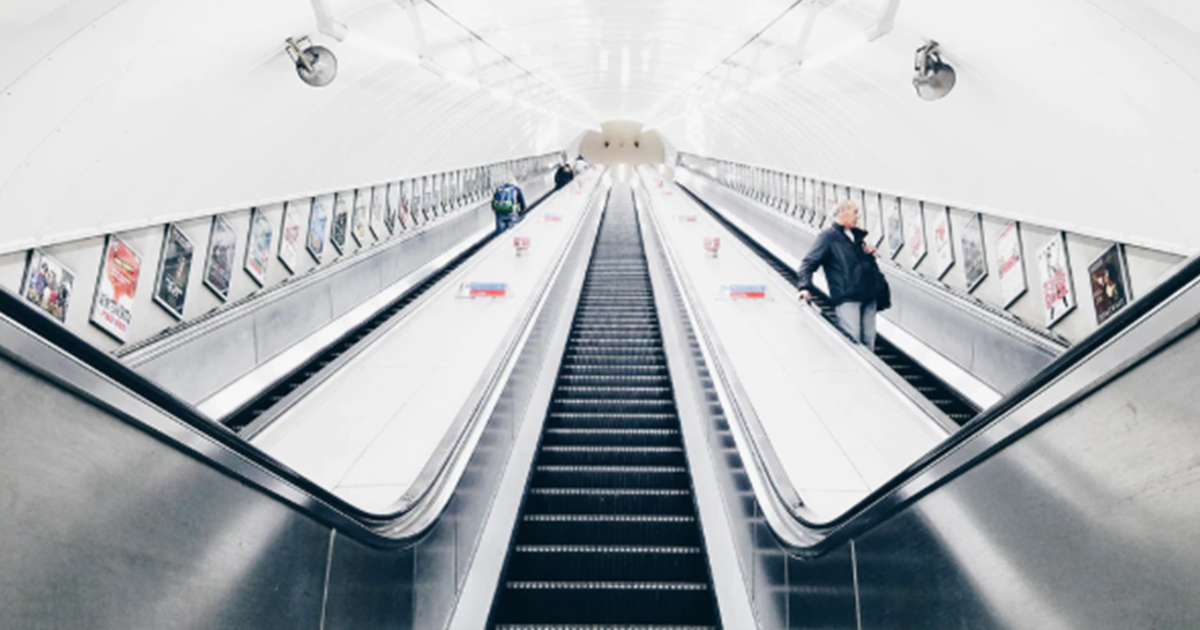 Lifehacker actually pointed out that while Otis’s official list [PDF] of safety advice online doesn’t expressly mention holding both handrails, it certainly does encourage people to “keep a steady grip on the handrail” as well as “stand in the center of the step and face forward.” However, even if the passenger in front of you is standing in the middle with just one hand on a rail, you’d still have to be that person asking them to move in order for you to continue an upward climb.

Speaking of an upward climb, it’s actually less efficient than one would think. Yeah, I know, another fact that shocked me too. While choosing to walk up escalator stairs might save you a few seconds, studies have actually shown that if everyone used both escalator lanes rather than leaving one free for walking, then the machine could carry an extra 31 passengers per minute.

And this isn’t the only argument discouraging walking on escalators. The CBC also points out Japanese and Chinese studies, which suggest that walking up an escalator not only increases the likelihood of having an accident, but it can also contribute to the machine’s degeneration as well.
Who’d have thought?

While those of us city dwellers who love to speed-walk everywhere might absolutely hate the idea of standing still on an escalator next time we’re trying to get through our morning commute, perhaps this new information will make us less hostile towards the stationary middle escalator rail-huggers…though not likely.