Cyril Aggett is an 86-year-old pensioner who was dealing with loneliness after his wife, Shirley, died six years ago. The employees who worked at Coombe Dean Secondary School in Plymouth began to worry when they didn’t see him stopping by.

That is when they decided to call to check up on him and they ended up inviting him to eat lunch at the school cafeteria. They wanted to help him with his loneliness. 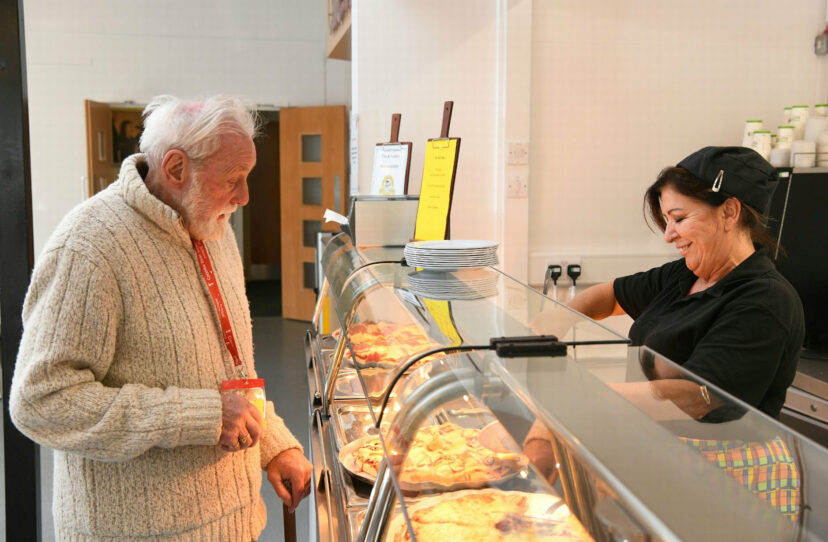 The grandfather lives just outside of the gates of the school when he decided to take them up on the offer. You can now find Cyril at the school cafeteria four days a week, enjoying the school lunch and the company of the children.

He hangs out with the pupils and staff members and says it has been a real benefit to him. He was struggling with the grief of the loss of his wife.

Cyril explained that he even gets tea with his lunch, ‘Everybody talks to me, the office staff are brilliant.’ He described the experience as ‘mayhem’, but said he’d be ‘lost’ if he didn’t stop at the school for lunch during the week. 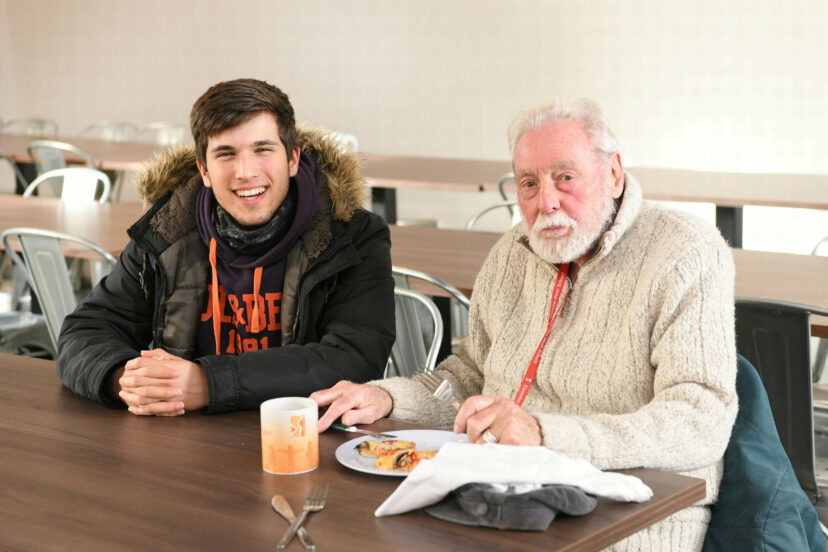 When he first started going to lunch at school he was ‘down in the dumps’. It was still a lot better than he was before he went.

He couldn’t even leave the house for a month after his wife died. When the school called to check on him, he took them up on their offer and has been enjoying it ever since.

“It can be very lonely [living alone], once you go inside that door. I come down here and see the children, a lot of them talk to me, there’s one young man that comes up and makes sure he talks to me.”

“I love the company and the noise. Once I go indoors and I close those doors down, there’s nothing.” 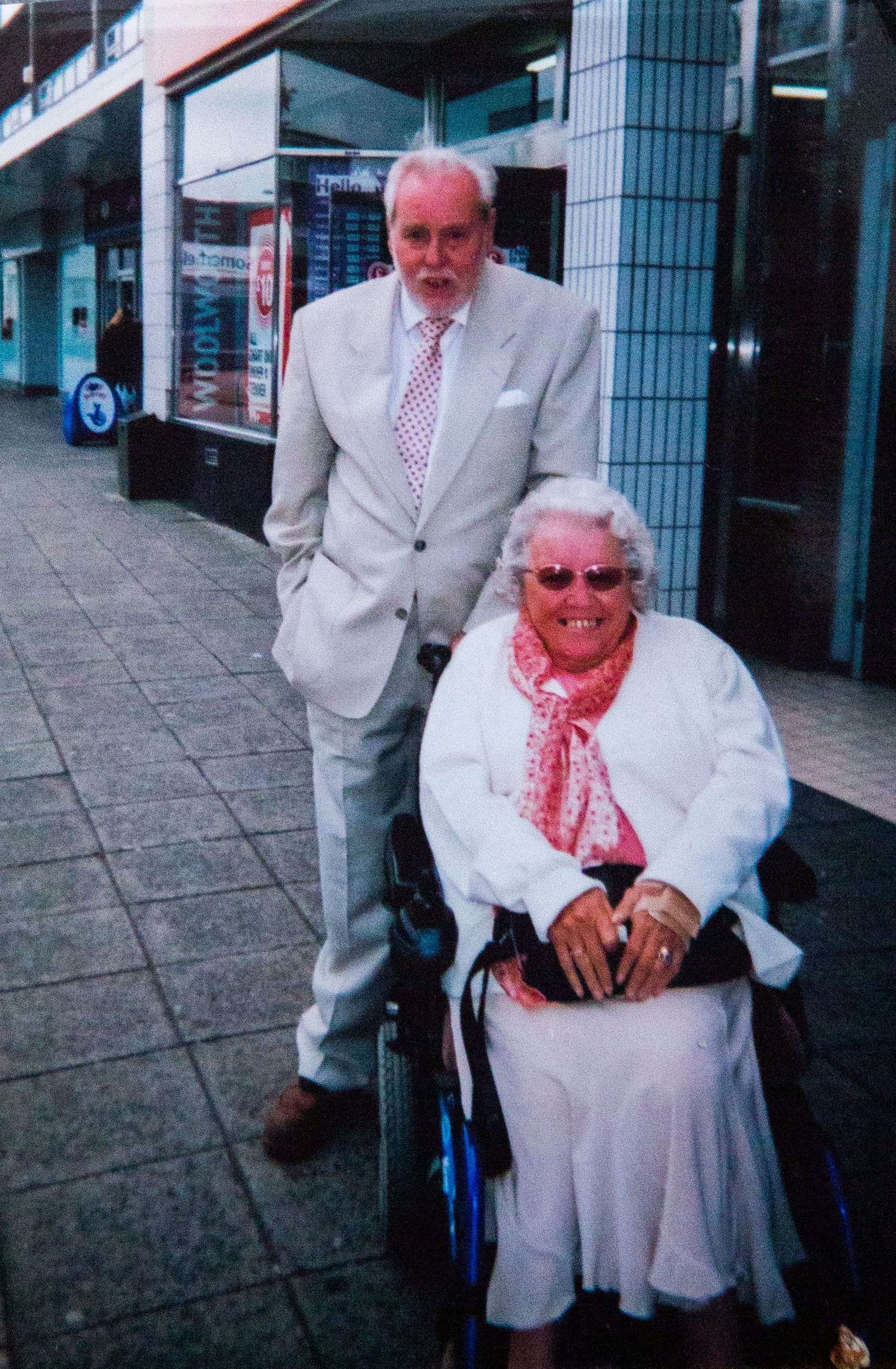 Cyril used to be a shoemaker when he worked. Recently, he had another round of depression but getting back to the school has helped him immensely. He said: “A couple of months ago, I wasn’t really getting up until about 2 pm in the afternoon, it was lovely weather and I couldn’t be bothered.

I think Shirley must have said ‘pull your socks up’ you know. Coming down here has brought me out of my shell again.”

With Christmas coming up, the school will be closed for two weeks but the Coombe Dean lunch ladies are still going to care for Cyril during that time. 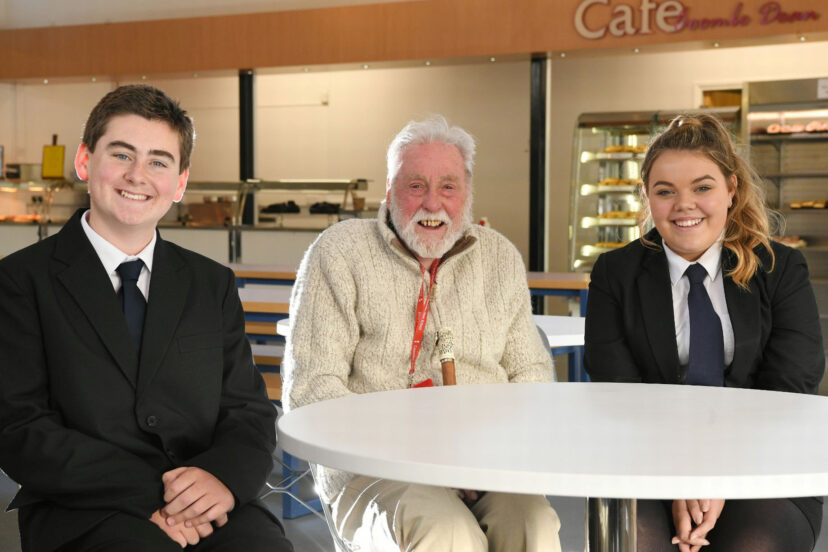 He will be freezing the food they provide for him so he can eat it at home until he’s able to return to school in January.

“I don’t think they should go on holiday actually,” Cyril joked.