There is many things have changed dramatically since the 1950s. Household structure, fashion, and ideas on homemaking just to name a few. One thing that you see again and again in vintage clothing is that the sizing is very small. Women’s dresses had tiny waists and both men and women weighed less. Of course, people were also shorter, so that certainly does have something to do with it. But, what else has changed that explain this phenomenon? Have a look at a few theories below. 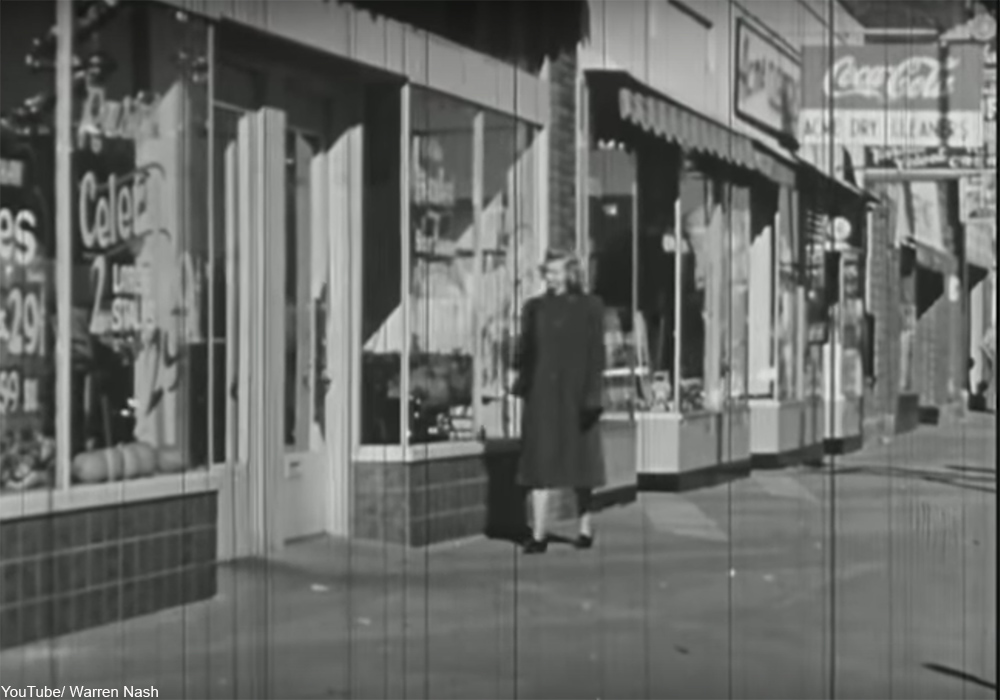 Increased sedentary lifestyles today mean fewer calories burned. Fewer people had cars back then and most people did a fair bit of walking on a daily basis. Many breadwinners walked to work and back every day or even rode bicycles. 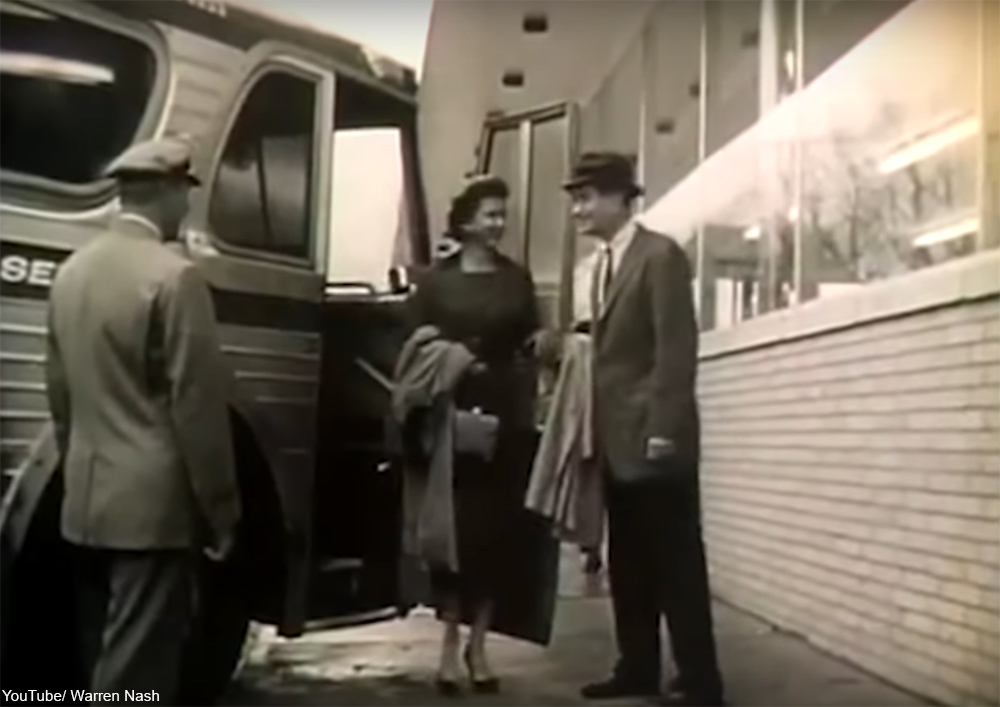 Women in particular had to carry groceries home multiple times per week, something can burn around 245 calories each time. That activity alone done several times per week adds up to a low intensity work out regimen. Plus, the supermarket wasn’t an institution yet, so people would have had to walk between the fruit stand, the butcher, and the general store to get all their items. 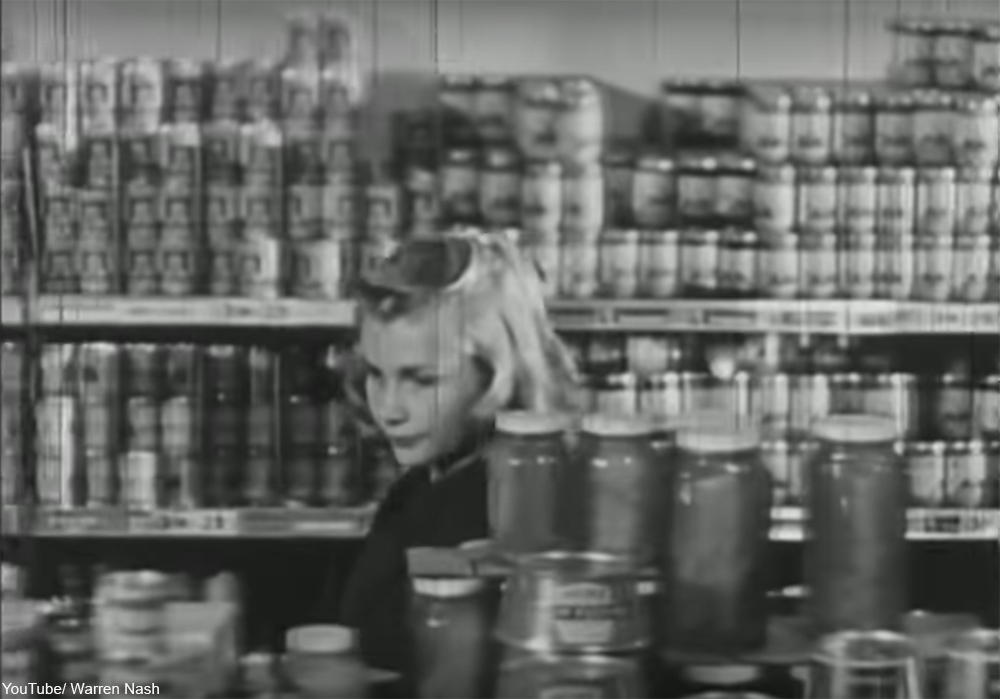 Even those who used public transport as their main travel still had to walk to the station or the bus stop, burning more calories overall than we do to travel today.

With laundry in the 1950s still being done with tubs, wringers, and clotheslines for many families the average woman used a great deal of energy getting the wash done. The same goes for most chores as dishwashers, steamers, Swiffers, mixers, and other labor-saving amenities were absent from many households. 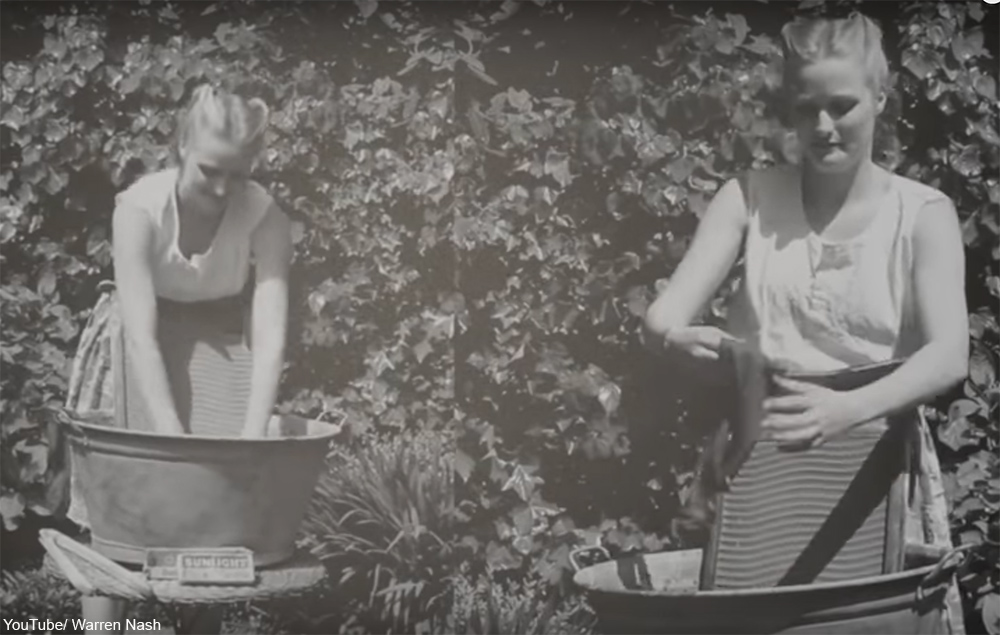 Even refrigerators were not standard in the 1950s. In households that did have them laborious defrosting of the tiny frezzers added to the overall workload. 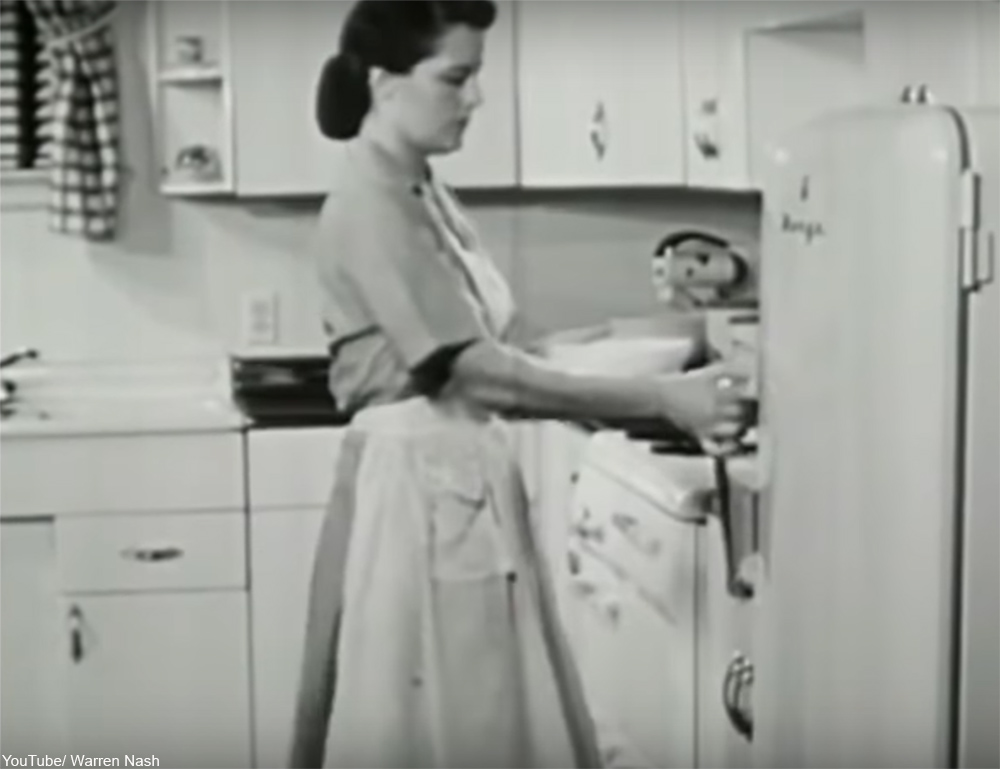 We can see that there were many incredible TV shows from the 1950s. I Love Lucy revolutionized how we saw comedy, while Gunsmoke and The Lone Ranger made Westerns a forever-popular genre of TV show. But, there simply weren’t as many channels and programming ended at night. And, without cable or internet streaming, the choices were fewer still. In some ways it made things a lot easier. If there were only a handful of shows on at any given time there was less to decide between. 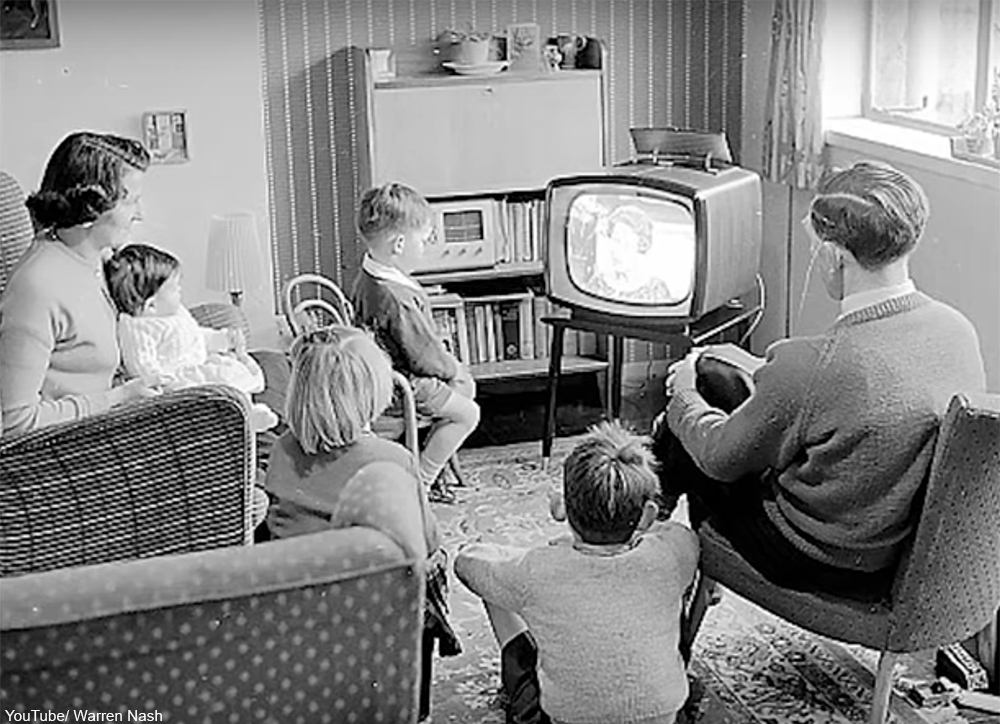 When there was nothing on people occupied themselves with play, hobbies, or sports. They burned more calories by getting up and moving around. Today, the choice of screen entertainment is seemingly endless. On any night of the week a vast array of movies and shows are available to us now, further leading to a sedentary lifestyle. 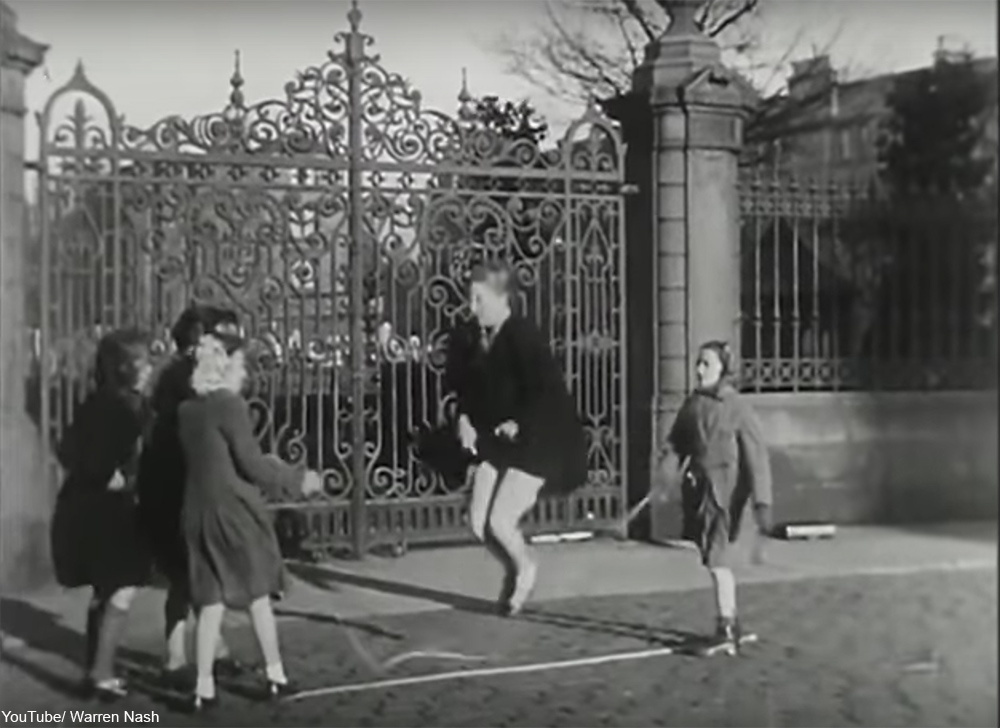 From the secretary’s typewriter to the laborer, people burned more calories at their jobs. Modern safety measures weren’t in place and many things were done manually, especially in the field of manufacturing. Car production was once a heavily-manned operation which today is largely automated. All those pieces of steel were once lifted by men at the factory, unlike today. 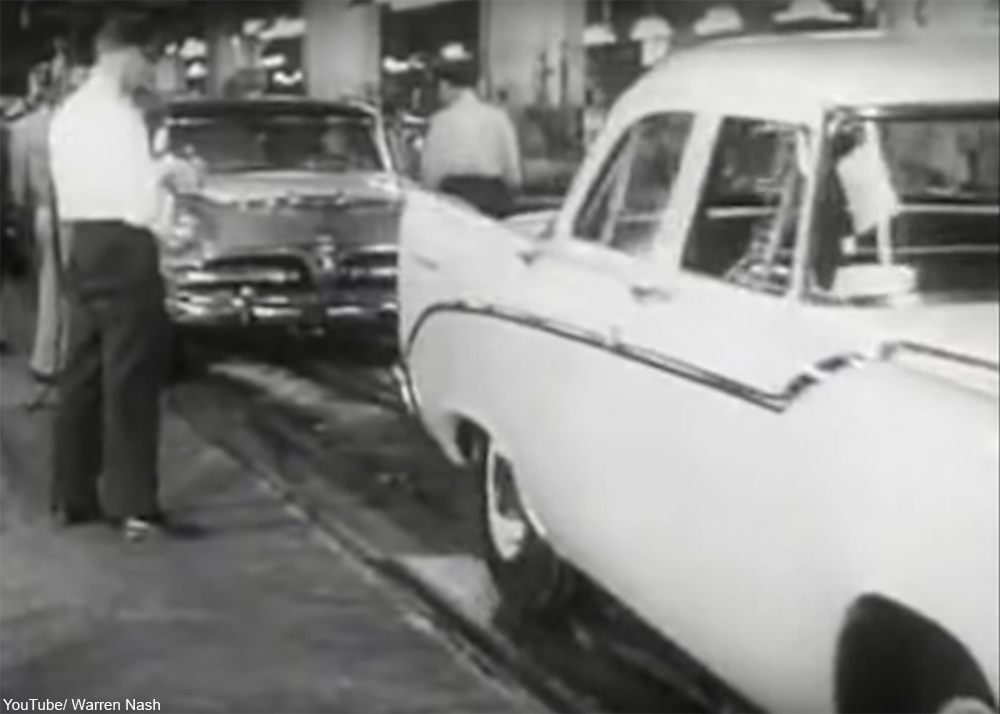 Today our diets are not only filled with more convenience foods, but they haven’t been adjusted to meet the lower calorie requirements that our labor-saving society would need to stay trim. Take a comfort food meal which might contain mashed potatoes and gravy, ham, one vegetable, and a slice of cake for dessert. For someone coming home from a 1950s assembly line where they would have burned half their caloric intake or more in just one shift, this meal is no problem. But, this same meal for someone who has done little in the way of manual labor is potentially adding more calories than is needed and many people are doing just this every day. 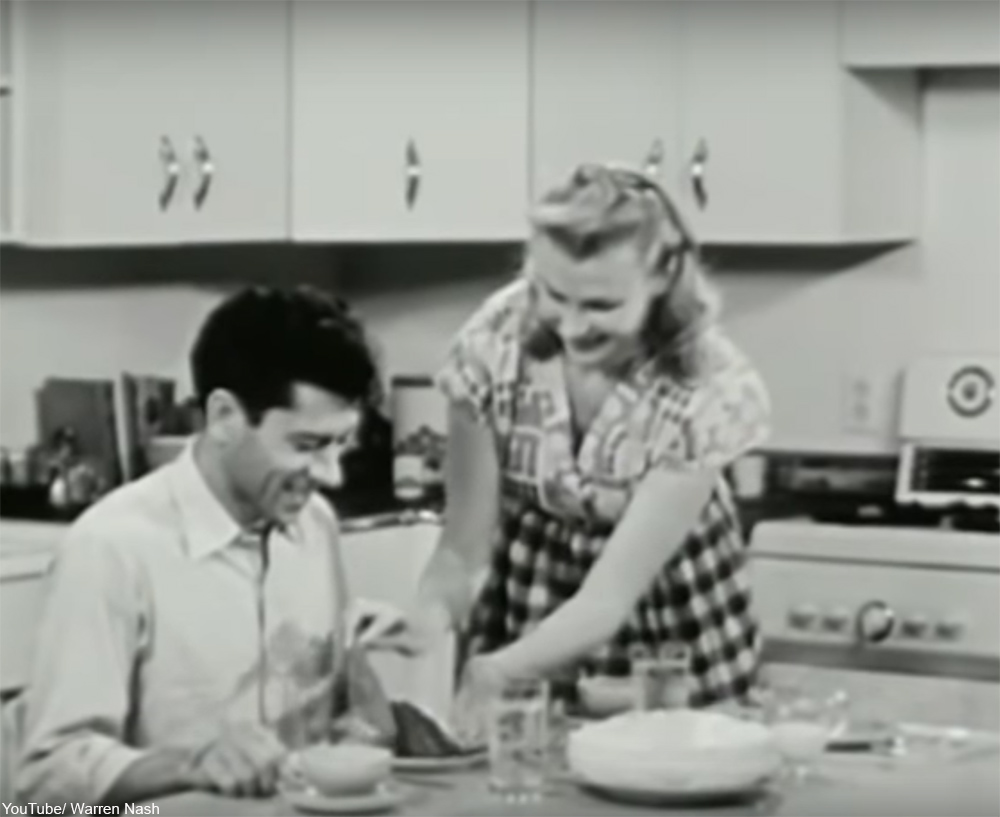 Have a look at the video below from fitness YouTuber Warren Nash for more on why our waistlines are changing so much.

How many calories did a housewife burn in a day? Find out: Click “Next Page” below!