Now that Halloween is over, we can forget about the Doll in the Hall. Going forward, it’s all about the Elf on a Shelf. Every Christmas, we see the funny pictures and memes concerning the Elf on the Shelf. Sometimes, we probably think to ourselves how funny it would be to create one of our own Elf on a Shelf series and have it go viral on the internet.

A father-of-six, Alan Lawrence, decided to create his own Elf on the Shelf Christmas tradition, but take it next level. In order to do so, Alan turned his own 4-month-old son Rockwell, into the cutest elf ever seen. 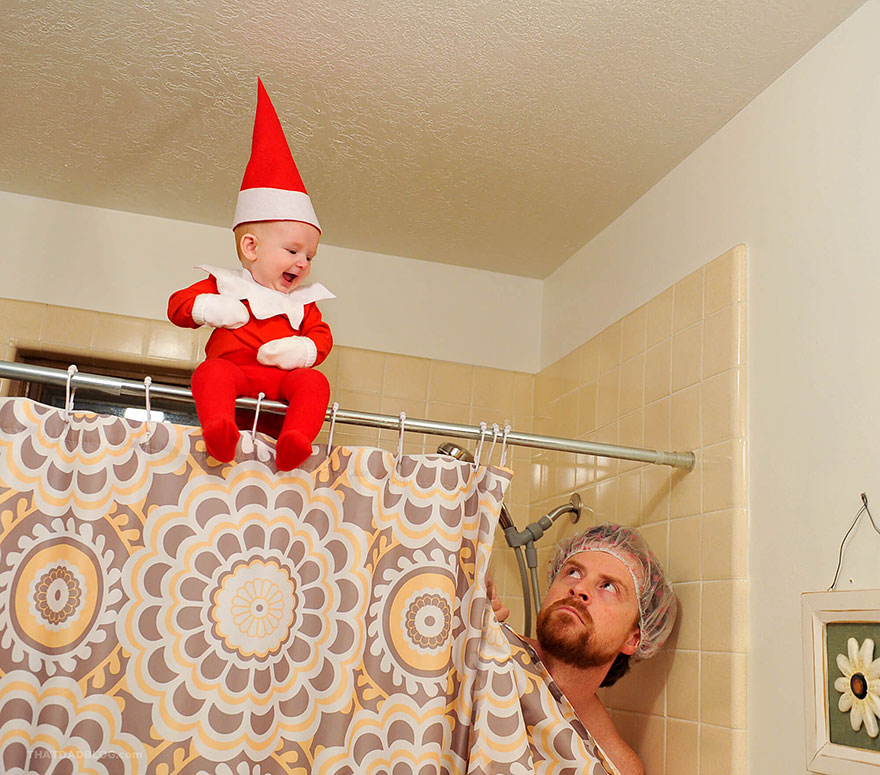 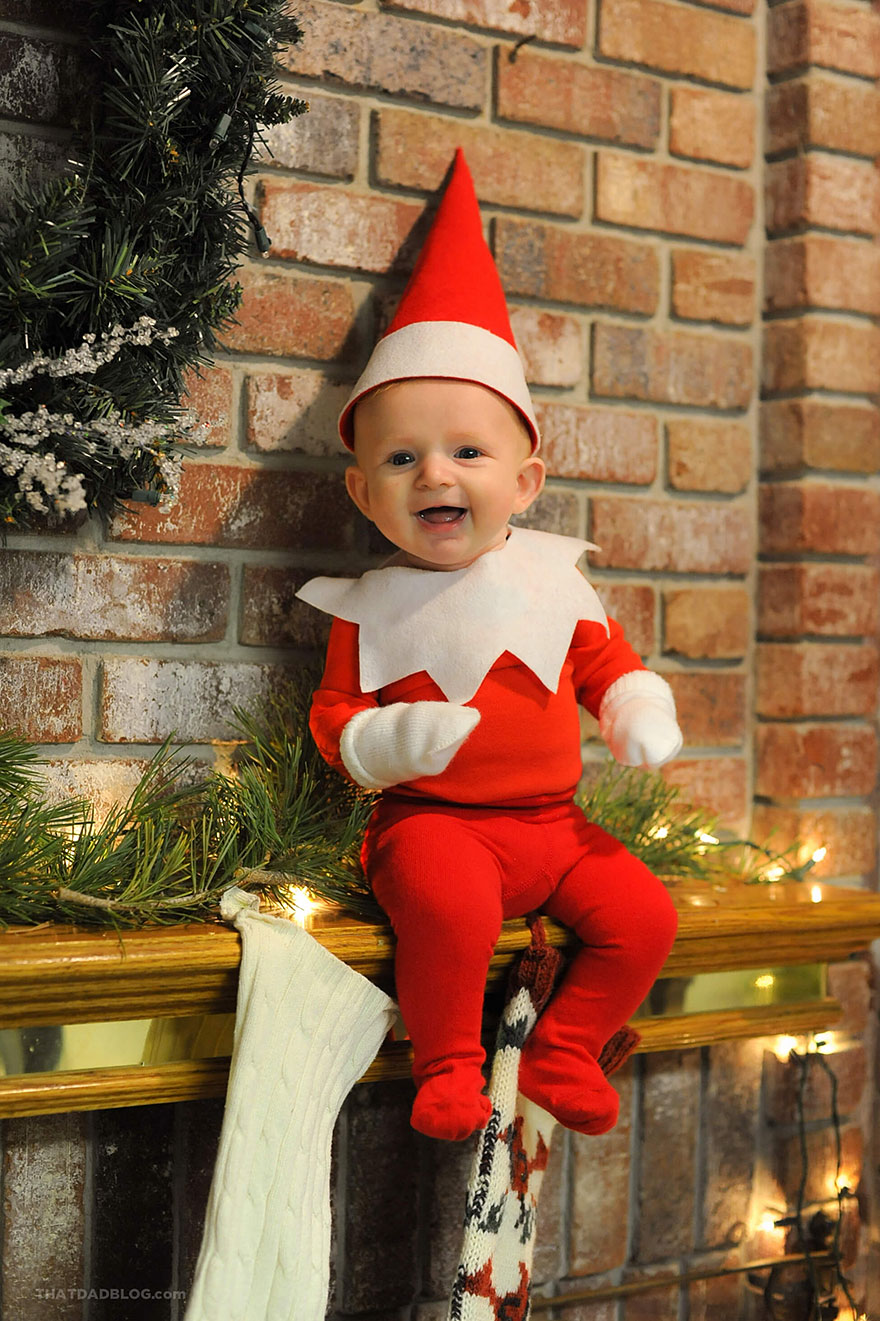 With the help of his wife, who sewed Rockwell’s costume, Alan created a whole story about his little elf. Then, he began documenting his own elf’s wild little adventures on his website, That Dad Blog. 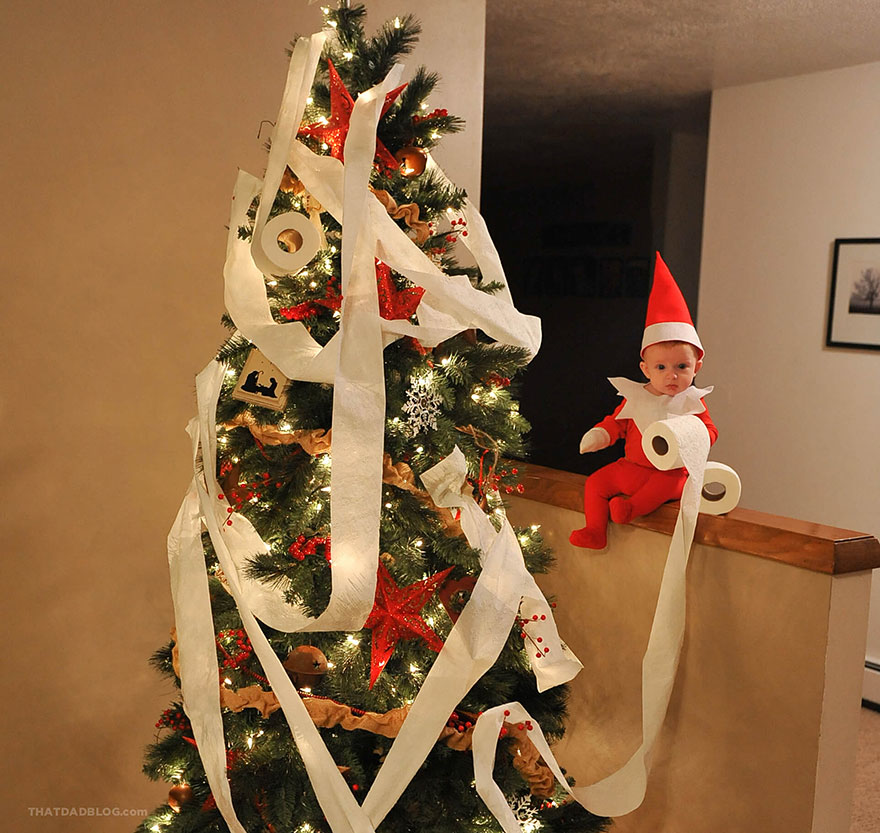 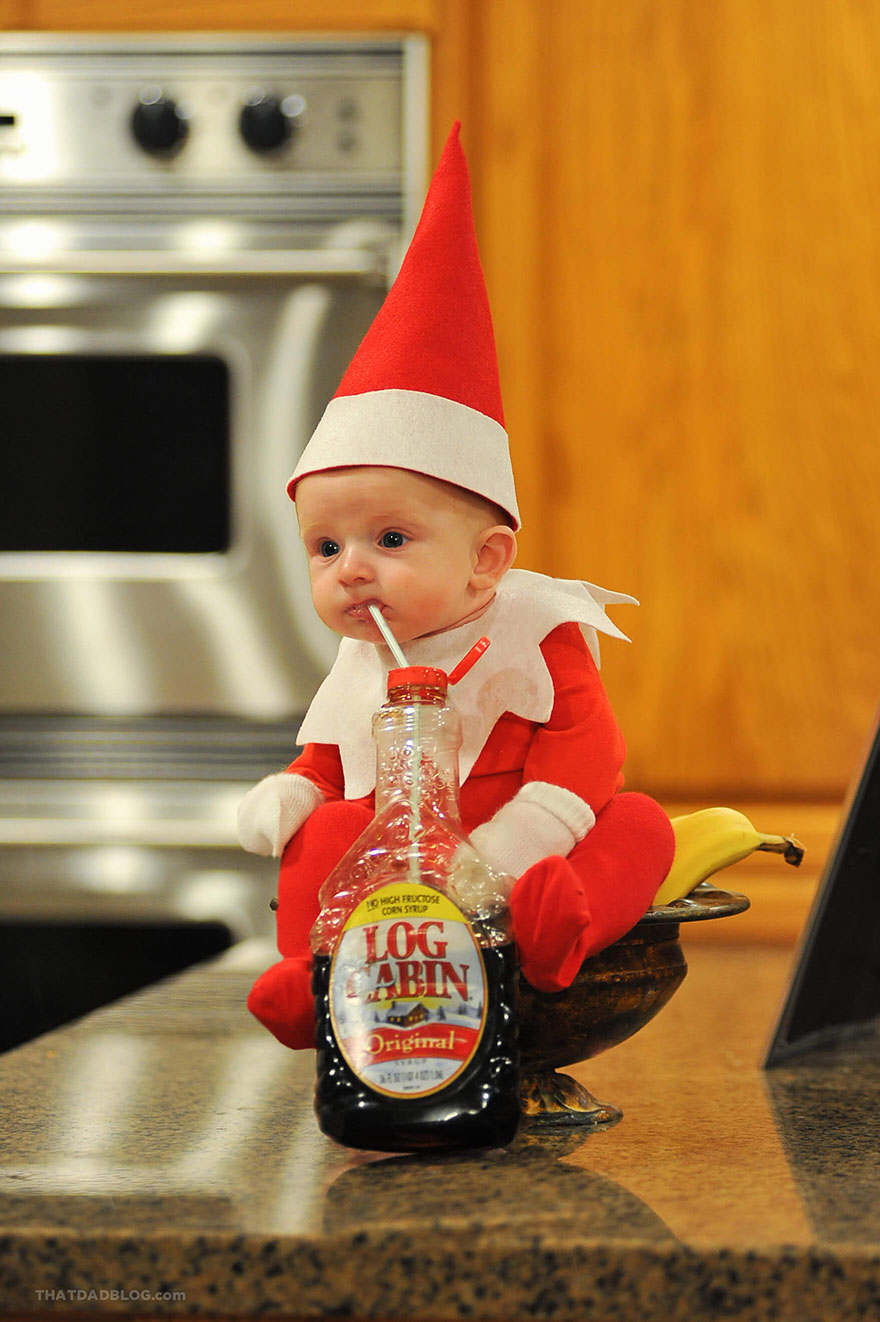 “All of our friends do the Elf on the Shelf and I’ve always thought it was sort of creepy, but sort of fun — this idea of an elf coming to live in your home and moving around to different places,” Alan said to TODAY. 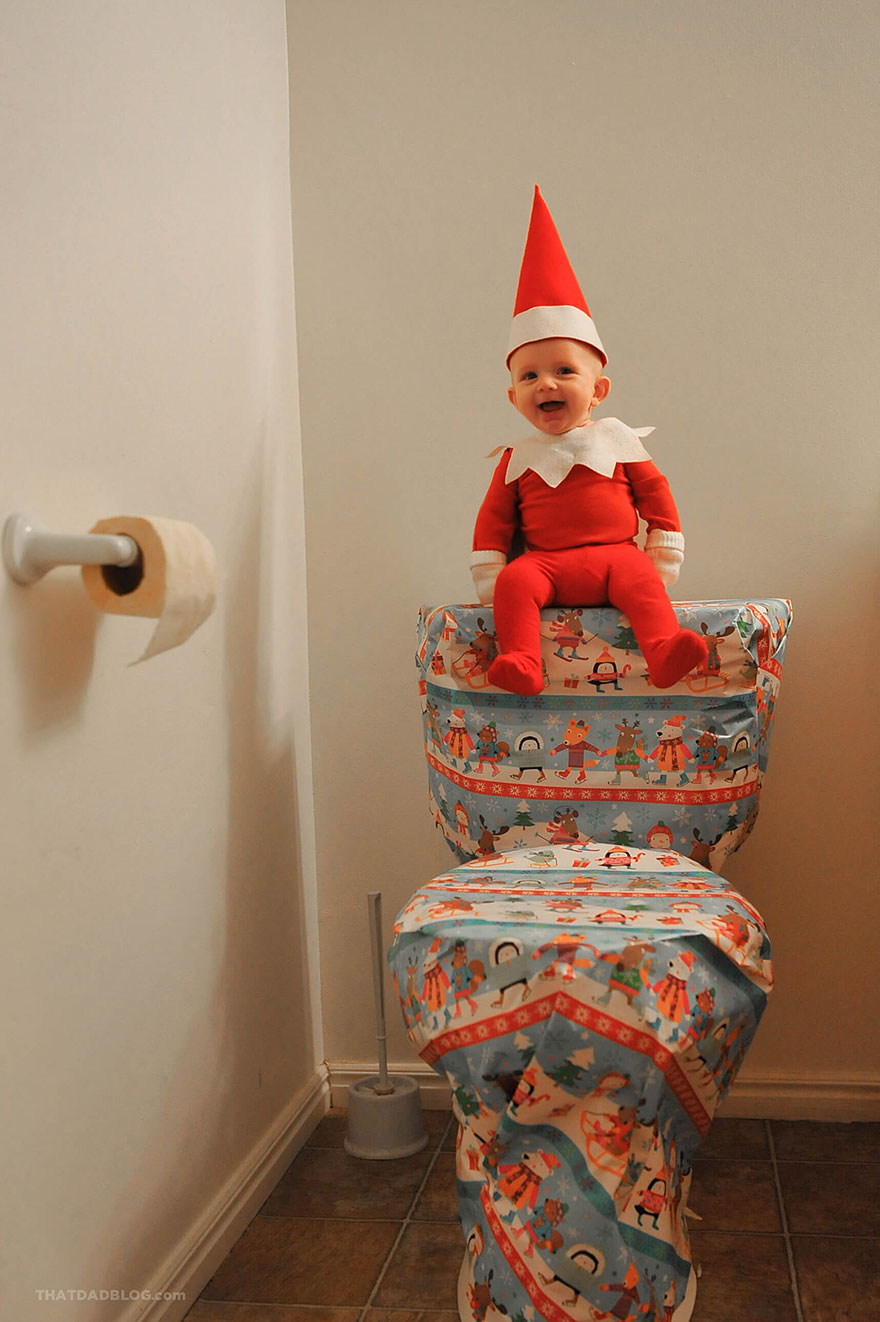 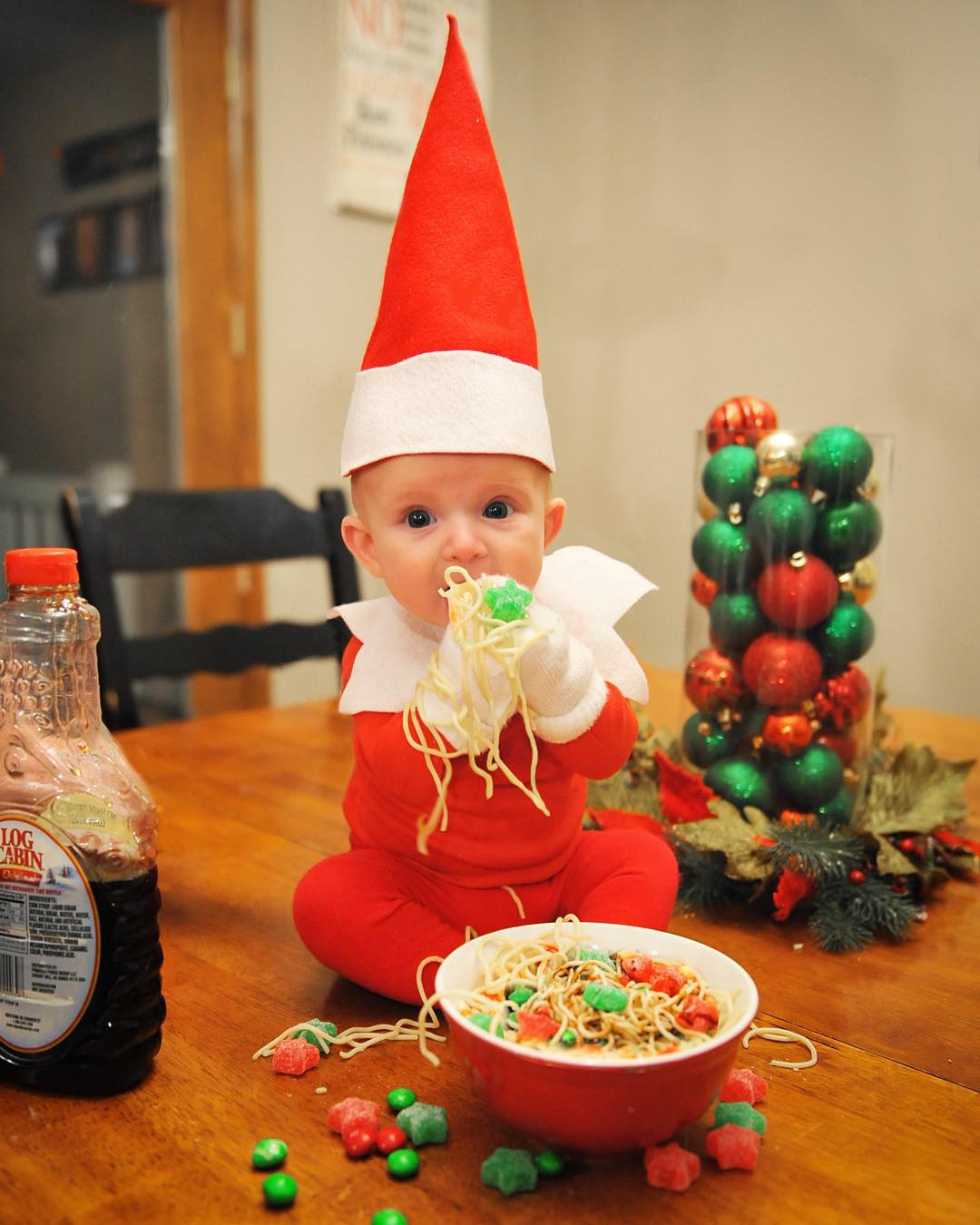 He added, “And I’m like, what if it was a real elf? And of course, being parents, we already have the cutest little 4-month-old. So we decided to make a fun series.” 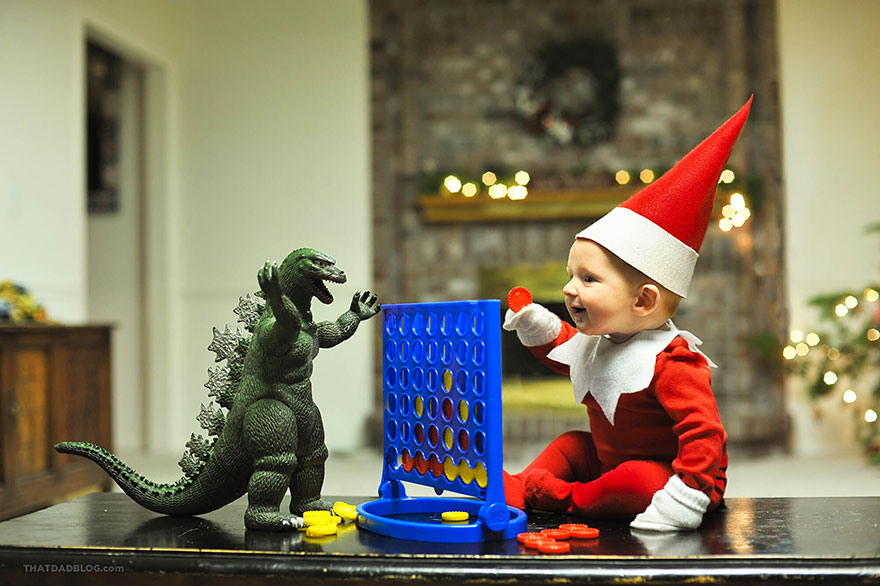 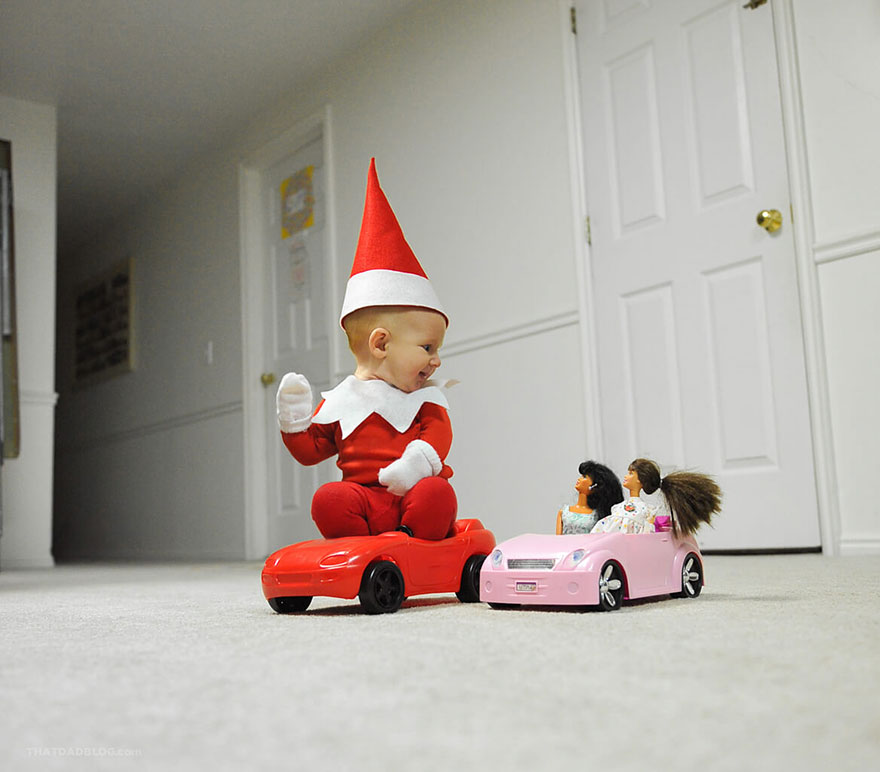 While some of the pictures of Rockwell starring as the elf may seem a little dangerous for a baby, there is no need to worry. Alan is an art director, so he has quite the photo editing skills. 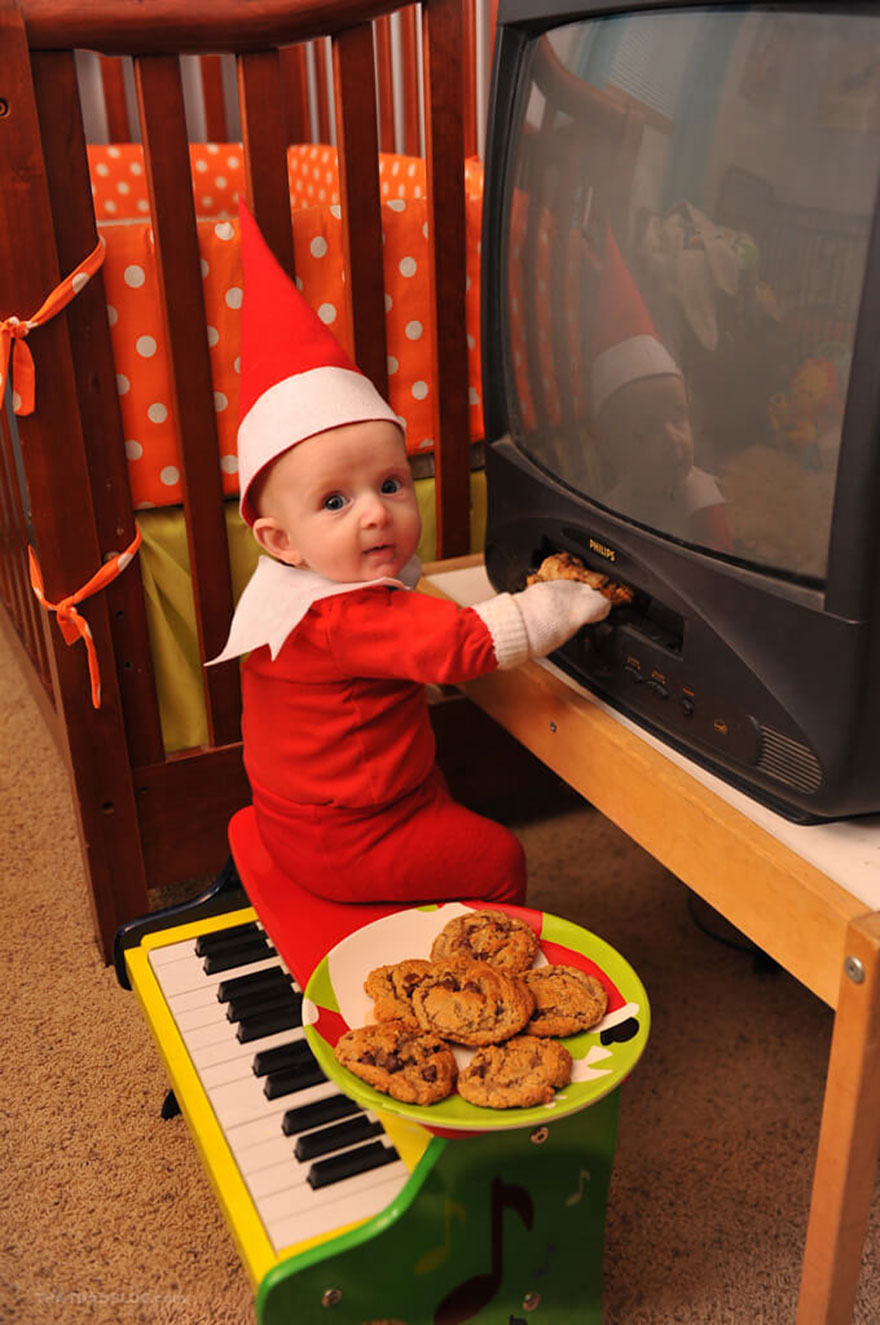 We can’t wait to see more of the adorable Elf on the Shelf pictures from Alan.