Who Were the Real Characters Behind Alice in Wonderland?

Lewis Carroll’s books are some of the most beloved children’s stories of all time and still captivate audiences today. Lewis Carroll, AKA Charles Lutwidge Dodgson, let his imagination run wild for his Alice’s Adventures in Wonderland and Through the Looking Glass books. But, did you know that many of his characters were probably based on real people? Have a look below at some of the folks now thought to have inspired Carroll’s far out characters and their depictions (though he often denied they were based on real people). 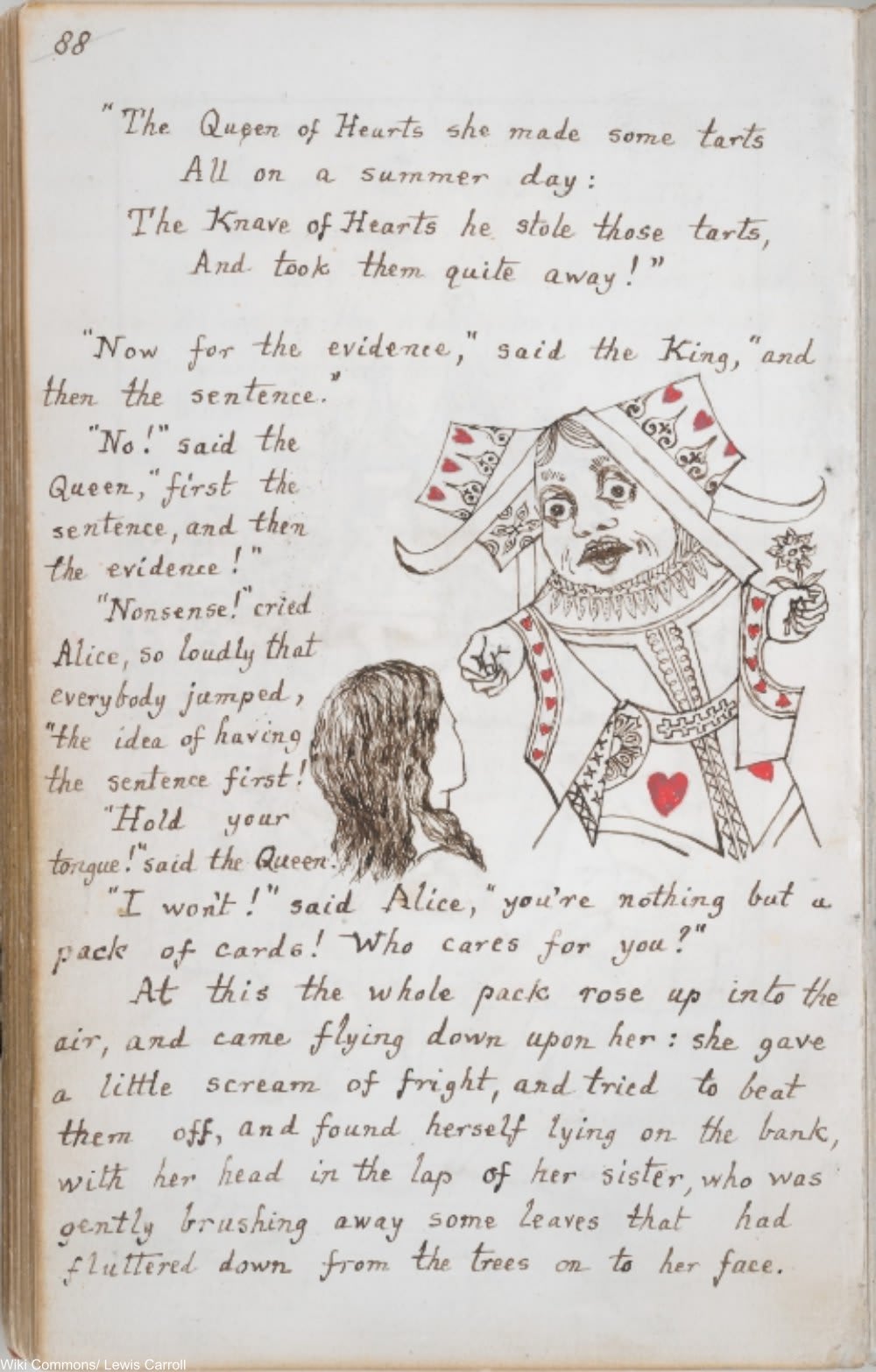 The first version of the story was called Alice’s Adventures Underground. Via/ Wiki Commons

The Duchess in Alice’s Adventures in Wonderland is at first a very unpleasant character, and so we are not surprised when her cat, her baby, and her servants behave so badly. But, as the story continues, we find out she’s actually kind, though quite eccentric. 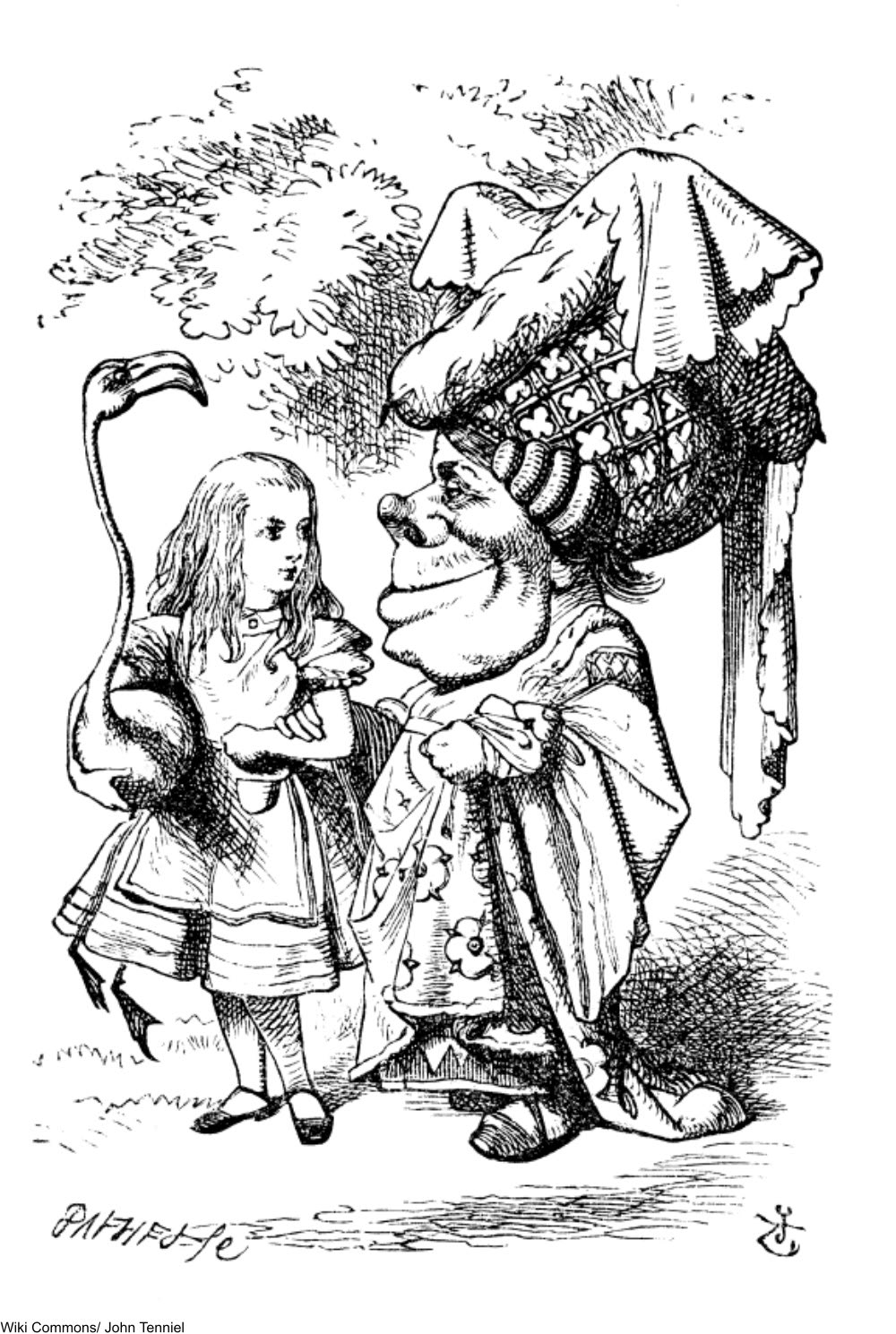 The artistic representation of the Duchess in the book, illustrated by John Tenniel, is believed to have been based on Quentin Matsys’ painting An Old Woman, which dates from 1513. The painting is more commonly called The Ugly Duchess, a work which is now thought to depict a member of the 16th century aristocracy who was likely suffering from Paget’s disease, a rare condition which can deform the bones of the patient. This unique painting is actually one of a pair, as the Duchess has a male companion piece. 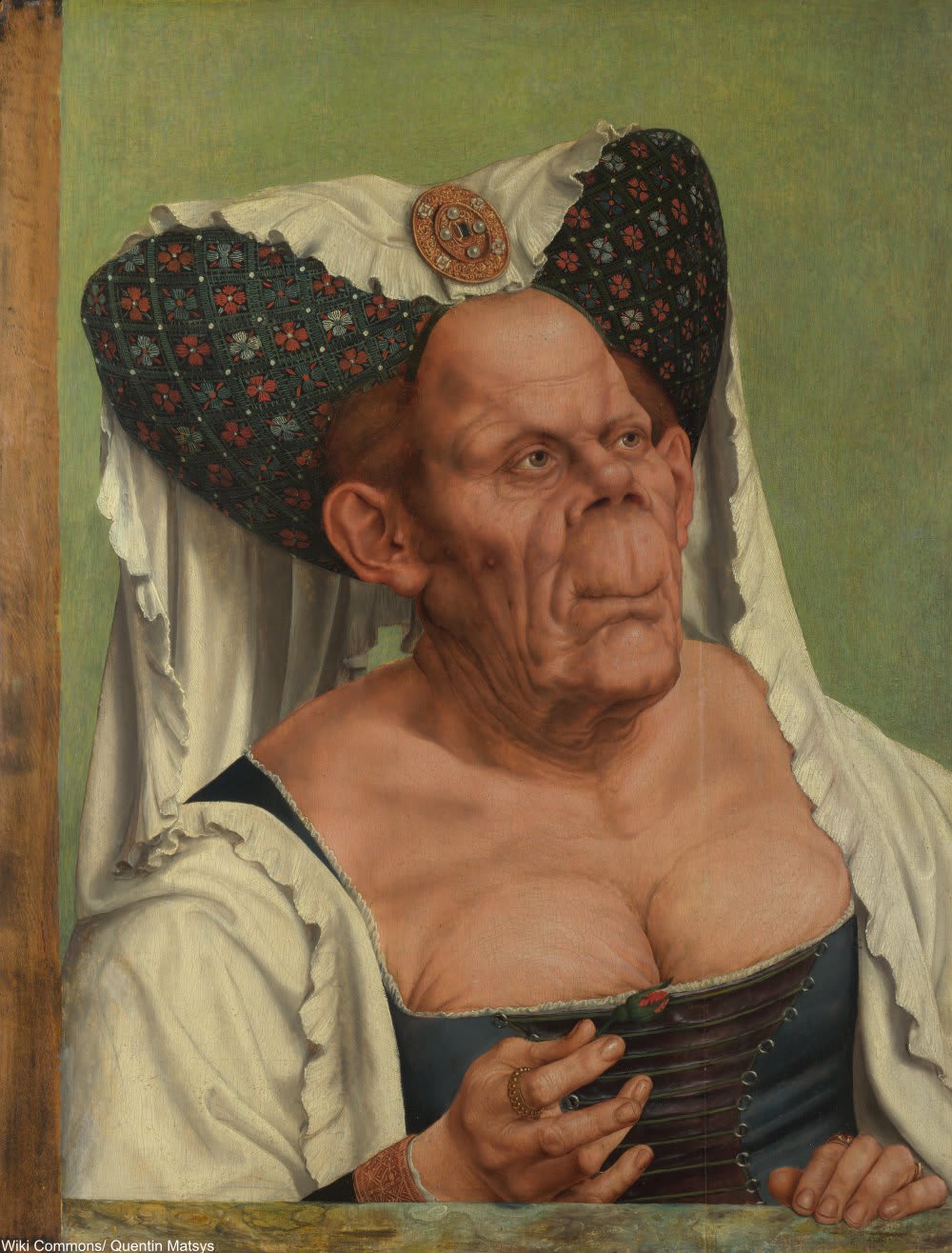 Alice Liddell was the real life little girl who inspired the tales that Carroll wove together. The character of Alice is a curious and interested young child, with a kitten named Dinah, just like her real life counterpart. Carroll had befriended the Liddell family in the 1850s and was quite taken with the children of the family, especially Alice. Carroll used to photograph them regularly as well as make up stories for the kids. 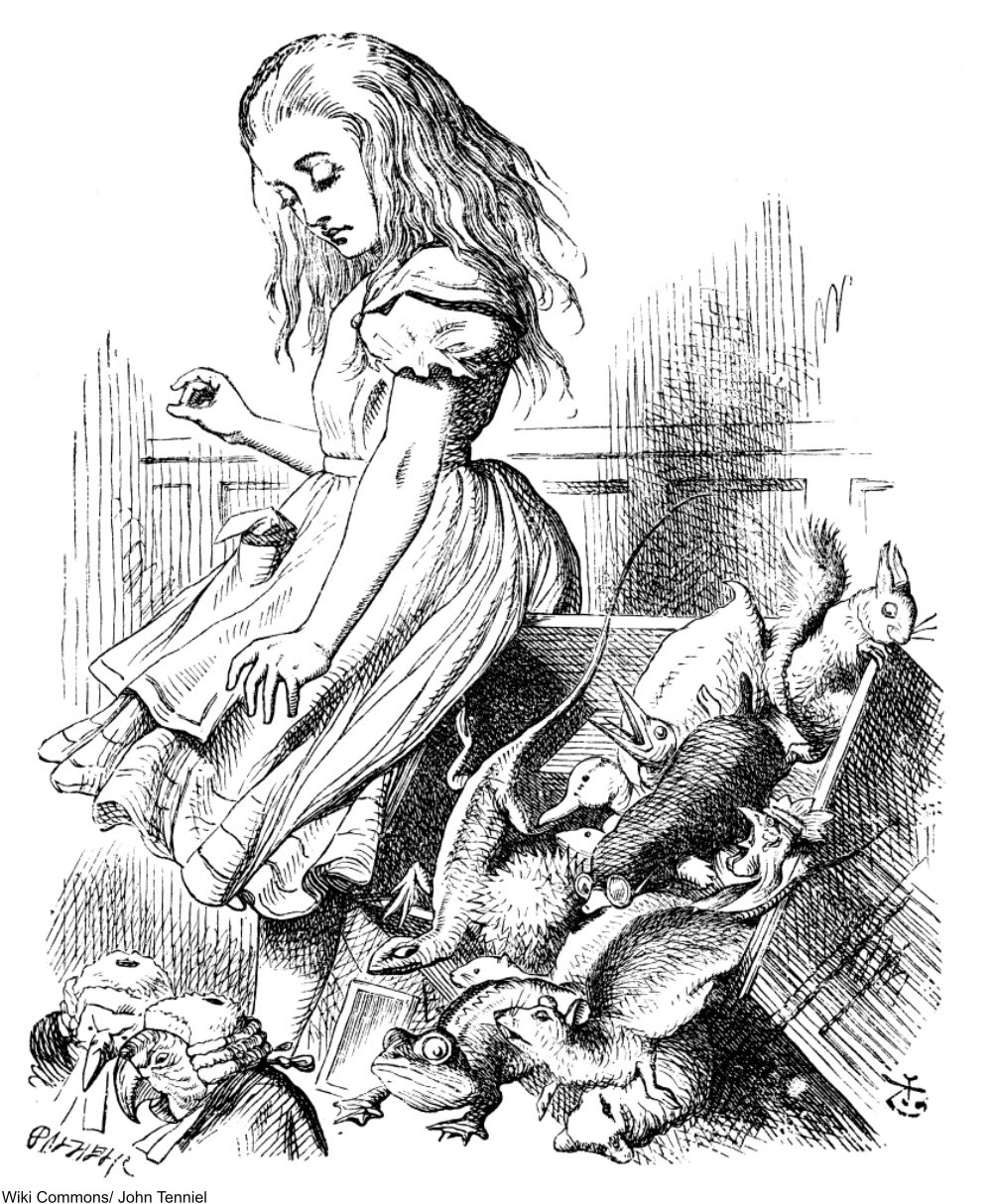 The first incarnation of Alice’s now-famous tale was created as a story for the young Alice Liddell, which she had begged him to write down for her. When he did so he also sent a copy to the publishers and they were enthralled. Originally titled Alice’s Adventures Underground, the first version featured hand-drawn illustrations by Carroll. 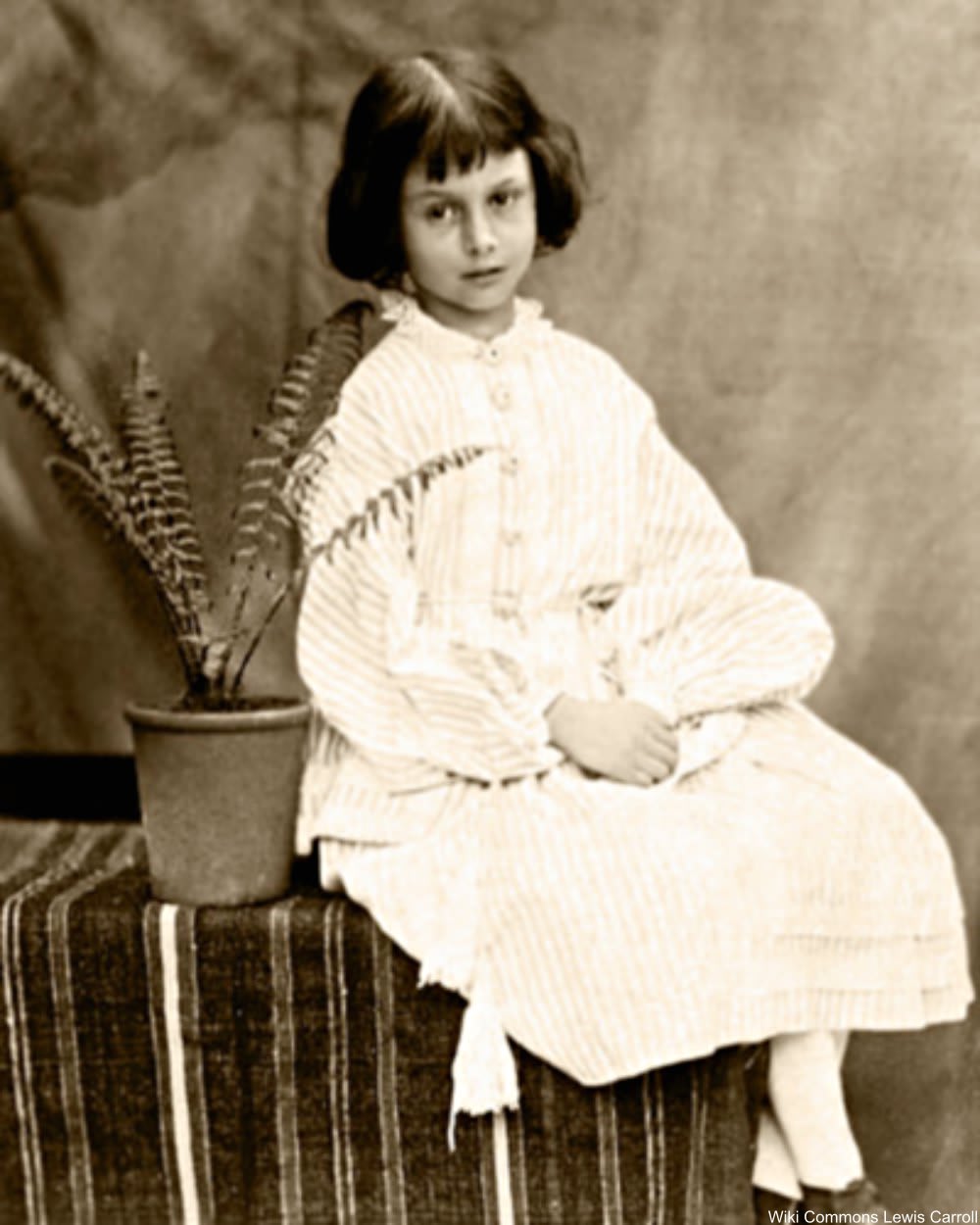 The real Alice, being a waif-ish brunette, was clearly never the model for illustrator John Tenniel. Instead, Carroll had sent Tenniel a photo he had taken the tiny blonde Mary Hilton Badcock. Seen below with her dress and mary jane shoes, it seems clear that she was some kind of basis for the artistic representation of Alice we’ve known ever since Carroll’s book was first published in 1865. 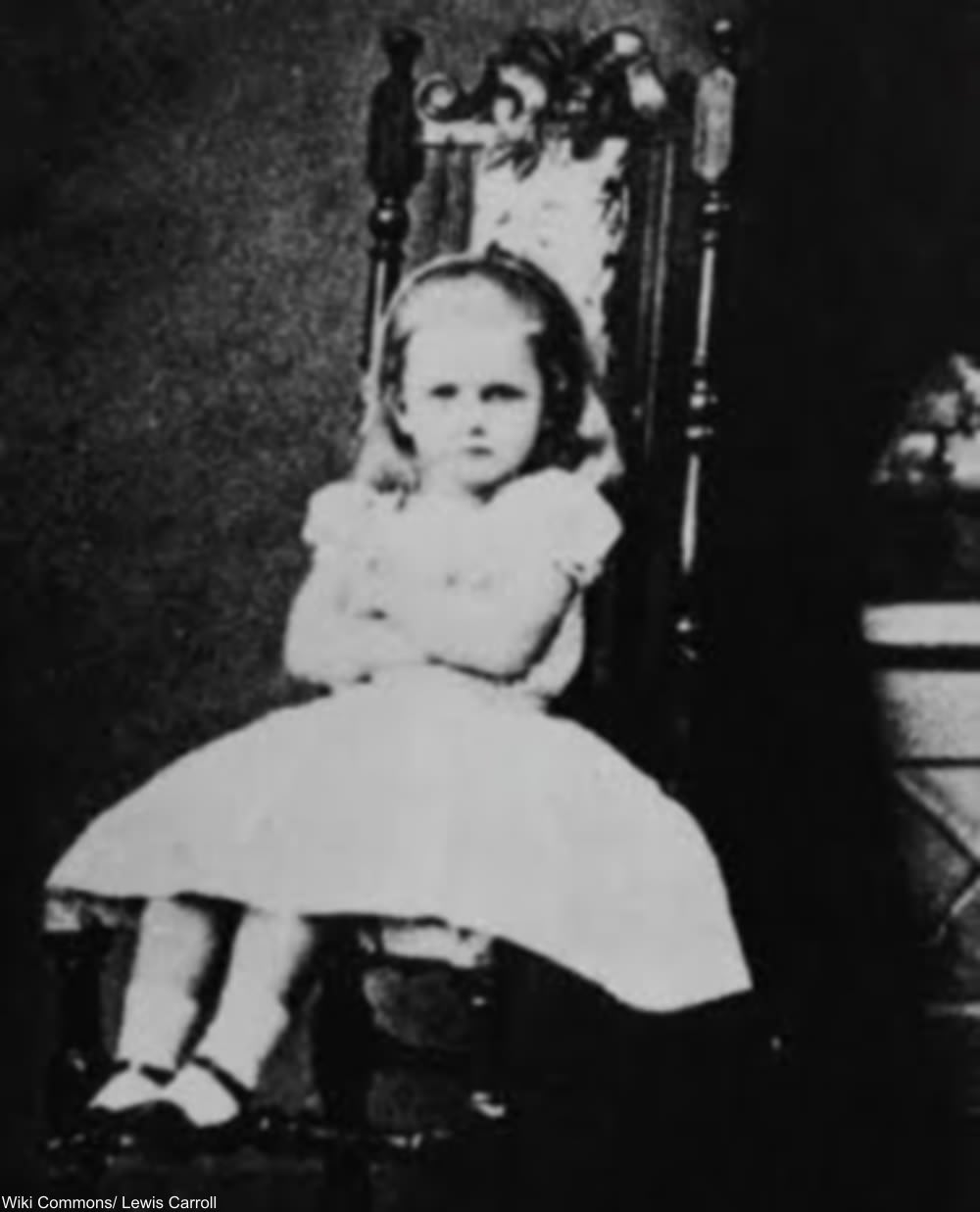 Click the “Next Page” button to see more of the real characters behind Alice in Wonderland!