Disney Set To Open A “Ratatouille” Ride In Epcot Next Summer

While many Disney films are best remembered for their princesses and villains, there is one that stands out from the crowd. For those who have been living under a rock, Ratatouille is the story of a special rat who simply wants to cook. The movie is beloved by all but has yet to receive the respect that it deserves. Now, Epcot Center is looking to rectify that.

A Ratatouille ride is about to be opened and we cannot wait. It is high time that this film was memorialized in ride form. There are some who will be quick to remind us that there already is a Ratatouille ride to be found at Disneyland Paris. This new ride marks the first time that Chef Remy gets his chance to show off for American amusement park visitors. 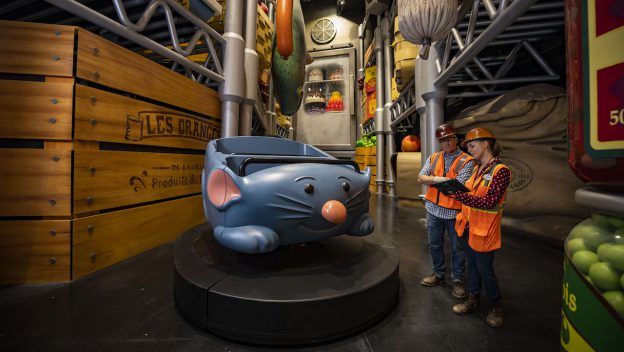 It is high time that Remy got his just dues. Do not book your tickets for Epcot Center just yet, though. You are going to need to wait until next summer. The ride is slated to open during the summer of 2020. We have yet to receive word as to how the ride is going to differ from the one that Disneyland Paris has to offer. We cannot wait to find out.

As the opening date draws nearer, we are sure that we are going to hear more. Hopefully, there are food-related rewards to be had. That would make the ride complete. Billy Eichner is highly excited about the ride. This is something that he has been asking for since 2014. Those who watch Billy on the Street are probably very familiar with his demands.

OK ALL BILLY ON THE STREET FANS KNOW I DEMANDED THIS YEARS AGO!! THEY BETTER LET ME BE THE FIRST TO RIDE AFTER @pattonoswalt! https://t.co/c0pRmX7UFj

Of course, Billy was not too big to gloat about the new ride on his Twitter account. He made sure to let his followers know that he had been right all along. We are sure that Patton Oswalt (the voice of Remy) is probably also excited about this news. As for us, we are simply looking for some friends to go with. Would you like to pay this ride a visit with us?

In the meantime, it is time to start making your travel plans for next summer. This is the perfect destination for the Disney lovers out there who are looking for something a bit different from their usual norm. It is great to see Ratatouille finally ascending to its proper place in the Disney pantheon. The movie was awesome and we are willing to bet that the ride is going to just as cool….if not more so.