City Wants To Demolish Village So Elderly Man Saves It By Turning It Into Art Instead.

Ten years ago the Taiwanese government announced that they’d be demolishing a small village outside of the city of Taichung.

The village had originally been settled as a military dependents’ village to accommodate an influx of refugees from China. Among those refugees was Huang Yung-fu, a wounded military veteran who fled from China to Taiwan in hopes of living a quiet life among his new neighbors. 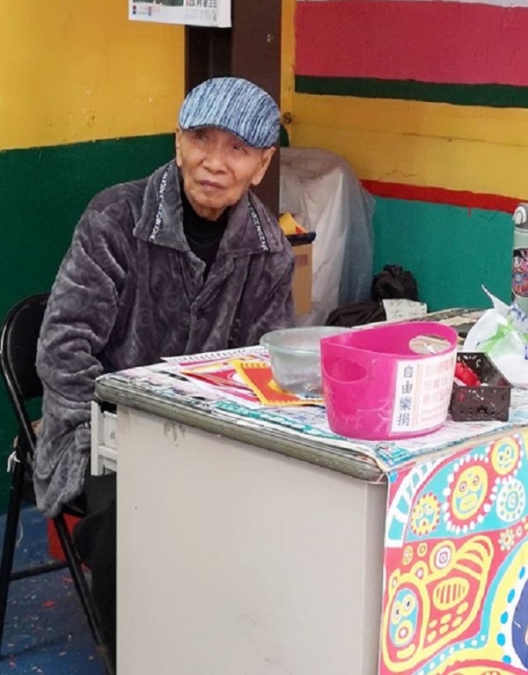 “When I came here, the village had 1,200 households and we’d all sit and talk like one big family,” Huang said. “But then everyone moved away or passed away and I became lonely.”

There were once over 900 military villages like Huang’s, but during the 1980s and ’90s, officials began to knock them down in order to put up pricey high-rise condominiums. Only about 30 military villages remain today. In 2008 the government announced that Huang’s village would suffer the same fate, but the then-86-year old had other plans.

“Ten years ago, the government threatened to knock this village down,” he said, “But I didn’t want to move. This is the only real home I’ve ever known in Taiwan, so I started painting.” 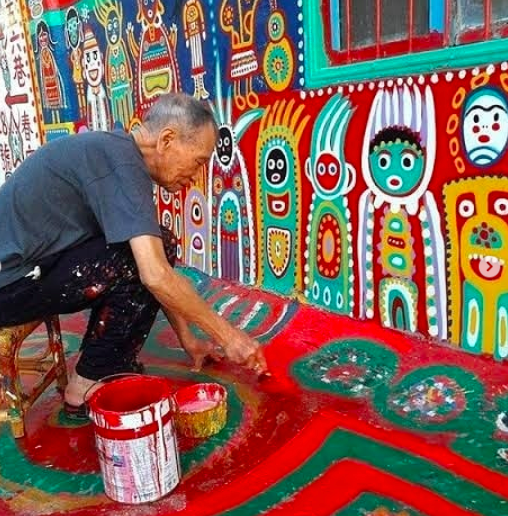 Huang started small — with a hand-painted bird on his bedroom wall. Each morning he rises before dawn, paint buckets in hand, and takes to the streets of his village. Over time his surrealistic world of cartoonish people, animals, and words became famous around Taiwan. Fans even gave Huang a new name: Grandpa Rainbow. 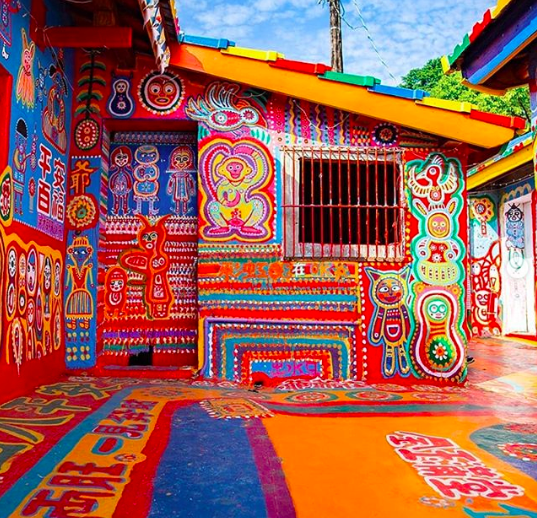 In 2010, a college student from Ling Tung University happened to visit the city and met Huang. After learning of his battle to save his tiny village the student decided to help with the effort, creating a fundraising campaign to purchase as much paint as possible for Grandpa Rainbow’s work. He also launched a petition to protest the village’s destruction.

Incredibly, it worked. Months later the mayor of Taichung was flooded with over 80,000 emails from concerned citizens who wanted to preserve the settlement. That fall the mayor announced that the entire village would be preserved as a public park, and today “Rainbow Village” is a popular tourist destination that welcomes more than a million visitors per year. 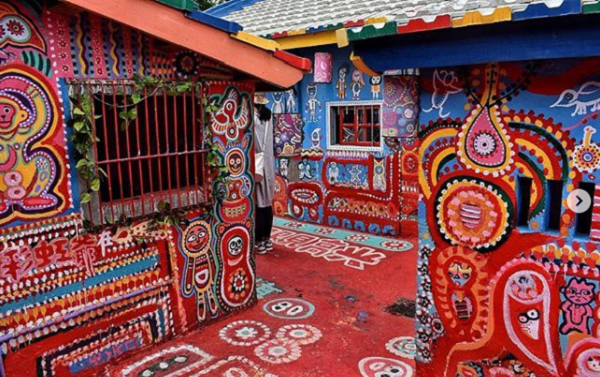 Over the course of a decade, Huang has filled every wall, sidewalk, bridge, and underpass with gorgeous artistic creations that could easily hang on the walls of the world’s poshest museums.

Huang continues to paint every morning before the sun comes up, admitting that his artwork keeps him feeling like a young man. “There are many things that I can’t do anymore, but I can still paint,” he said. “It keeps me healthy, and adding a little color can turn something old into something beautiful.”Over the course of a decade, Huang has filled every wall, sidewalk, bridge, and underpass with gorgeous artistic creations that could easily hang on the walls of the world’s poshest museums. 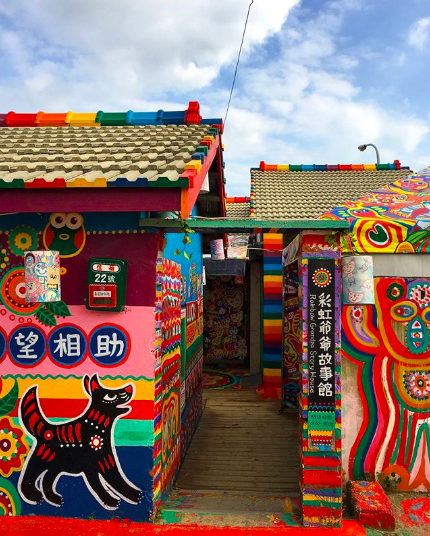 Tourists who visit the Rainbow Village love to stop by to see the artist and thank him for his efforts to save the village. Now 96, Huang is thrilled to greet his guests and accept the donations they offer, donating whatever he does not need to charity. When the day comes when Grandpa Rainbow passes away authorities hope to transform Rainbow Village into an art school for children, converting Huang’s bungalow into a museum. 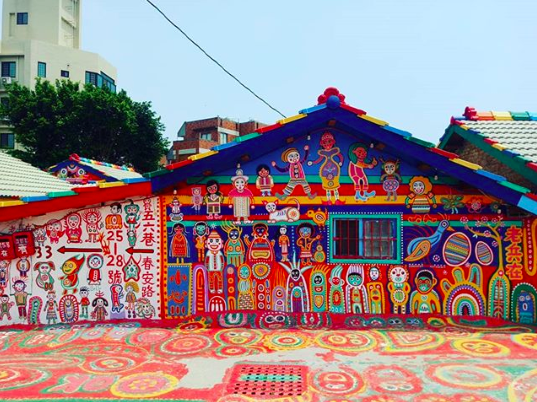 “If I can get up and paint tomorrow, I will,” he says. “If I can’t, I will feel good knowing that this place will stay and make others happy.”

Please share this story to let others enjoy the beautiful and inspiring story behind Rainbow Village!