Now that summer is officially in the rearview mirror, it’s time to turn our attention to the next big holiday that is coming up. Normally, I would say that is Halloween and Thanksgiving, but it seems that retailers are most focused on Christmas.

And there is a new Christmas tree that getting people into a very festive spirit through its bright and crazy colors. And that trend is the rainbow Christmas tree. 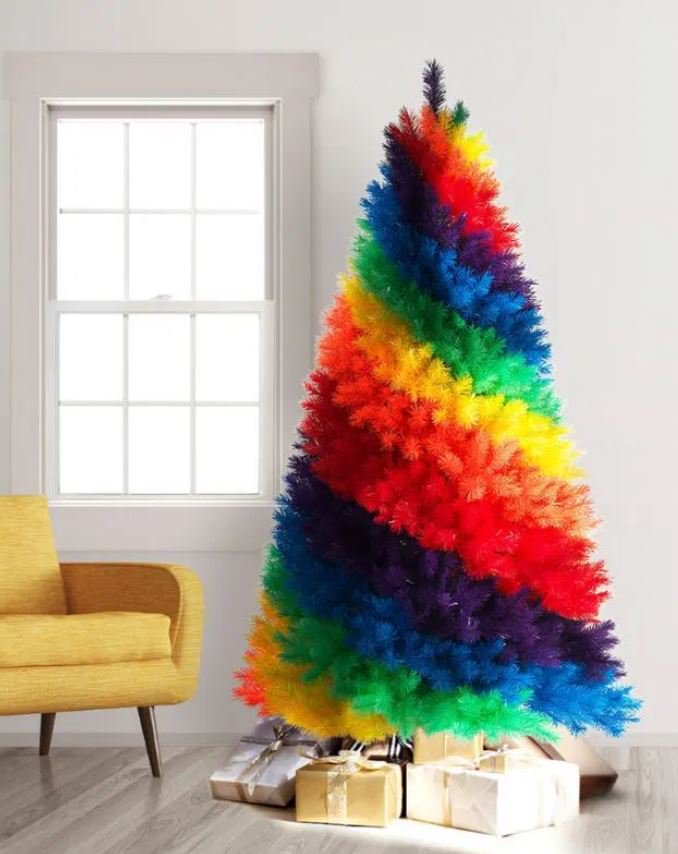 Looking like it was stolen straight from a Pride parade, the Color Burst Rainbow Christmas Tree from Treetopia is loud and festive, and stands a whopping 7 feet tall – it’s definitely not the Christmas decoration for those who prefer a more demure Christmas look.

But if you are looking at it and thinking, “I need that tree,” then you can easily purchase the multicolored Christmas tree for $239.99 on Amazon. The price might seem a little steep to some, but just think about how you’ll never have to vacuum up pine needles ever again. Plus, you will have it for years to come, and could probably put it up every June in order to coincide with Pride Month. 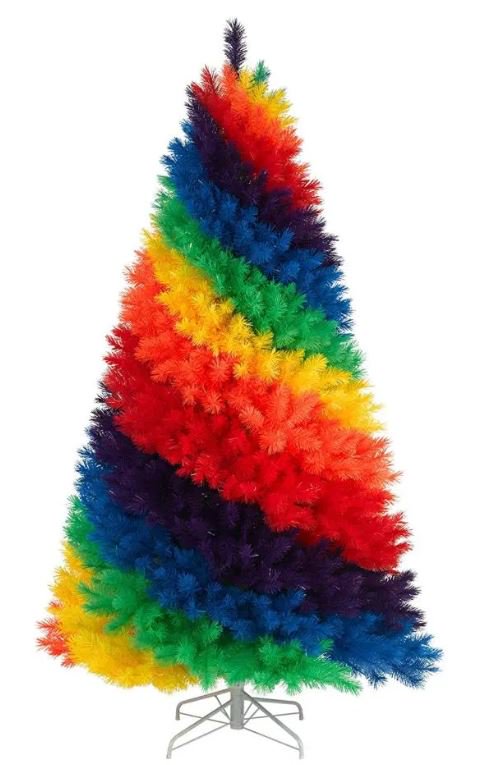 For those who have already made the investment in the decorative tree, there are already many positive reviews on Amazon, where the tree has almost exclusively received 5-star reviews.

One satisfied customer wrote, “LOVE this tree!! My favorite that I’ve ever owned! Everyone was skeptical until they actually saw it, and that was BEFORE we even decorated it!!”

While another added, “I am soooooo in love with this tree! It’s so shiny looking in person! It comes in three sections. It’s so easy to put together.”

A third commented, “This is the most awesome Christmas tree that I have ever seen and it’s not even decorated yet.” 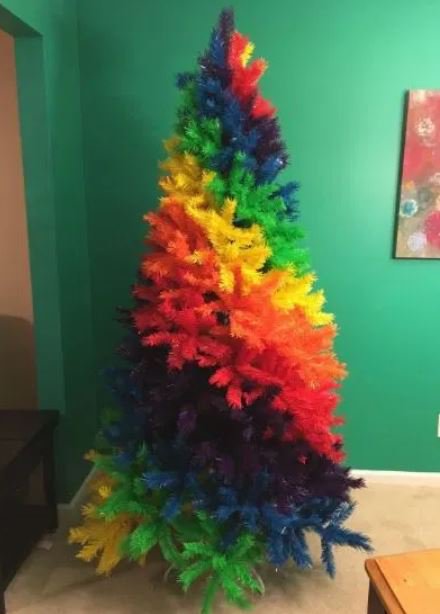 While Christmas is still roughly two and a half months away, if you feel like decking the halls, you should go for it – according to some experts, it can actually make you feel happier.

Steve McKeown, a psychoanalyst, told UNILAD, “Although there could be a number of symptomatic reasons why someone would want to obsessively put up decorations early, it’s most commonly for nostalgic reasons, either to relive the magic or to compensate for past neglect.”