Halloween is always an exciting time of the year – particularly if you’re in any way creative. It’s the perfect excuse to show off makeup skills or your costume designing talents. For the well-known Pumpkin Geek, Alex Wer, Halloween is the perfect time for this pumpkin carving artist to show off his expertise. 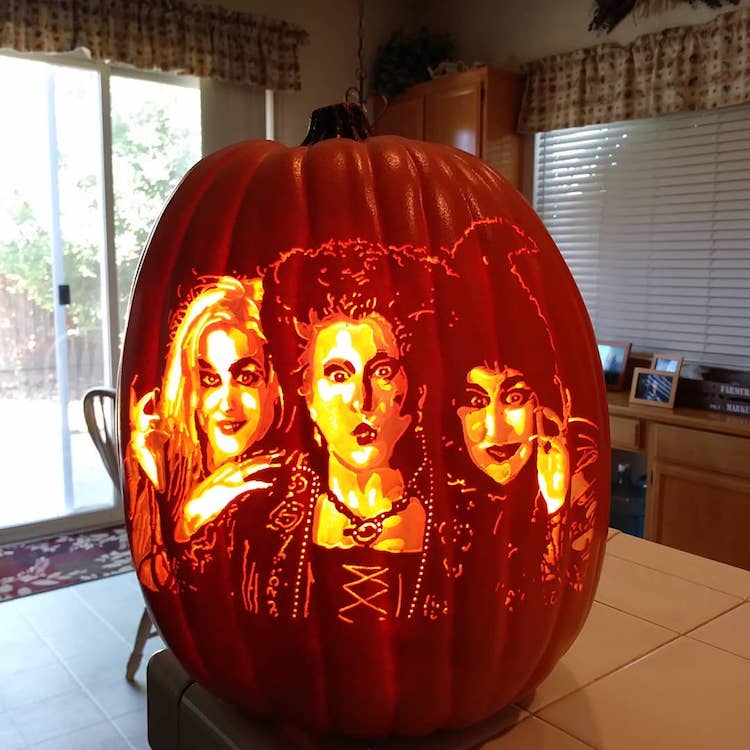 But instead of going for the traditional triangle eyes and jagged smiles you see on most Jack-o-Lanterns this time of year, Wer does award-winning custom-designed pumpkin carvings which are inspired by both film characters and iconic pop culture references. His hard-carved works of art are so impressive, that he actually creates them on fake craft pumpkins in order to keep them around for more than just a week. 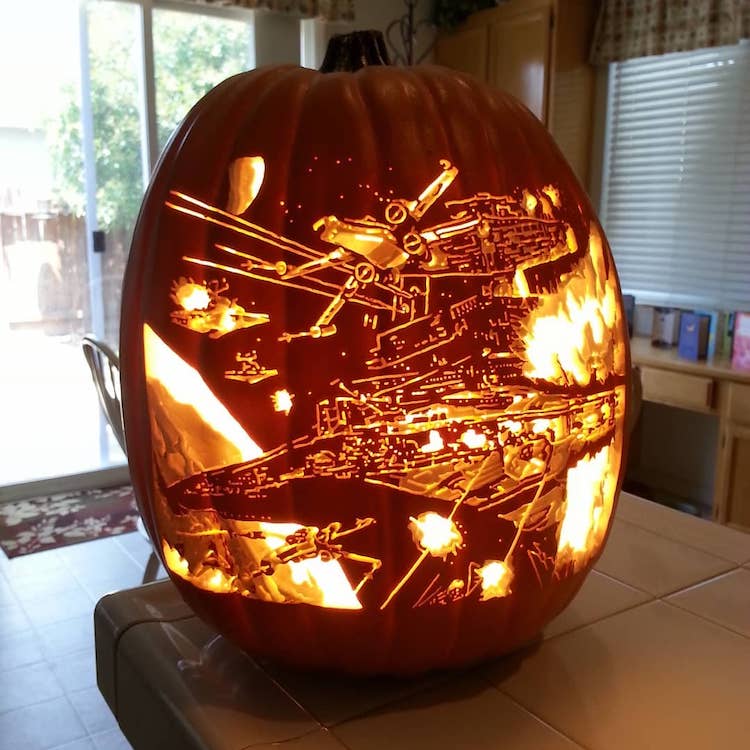 Wer’s journey into the world of pumpkin carving began 10 years ago during Halloween 2009 when his wife asked him to carve a pumpkin with her company’s logo on it. From there, his “orange empire” began to expand. In 2013, Wer won the inaugural Geekie Award for Best Art/Craft. Later, in 2017, he was able to quit his day job in order to pursue his pumpkin carving dream full time. And, it has paid off – he’s been asked to create pumpkins for Netflix, ESPN, and Legendary Entertainment. Wer has even been featured in People Magazine. 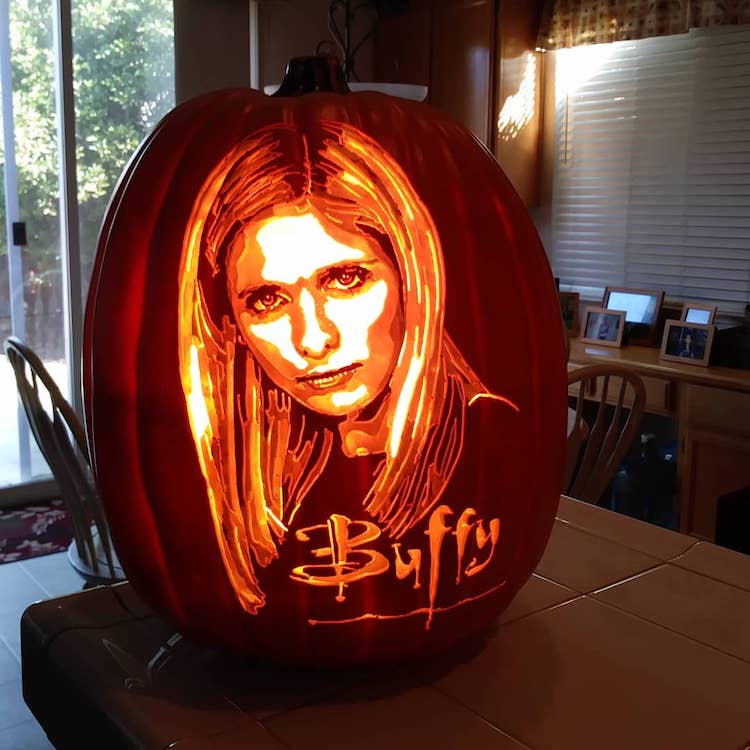 And it is clear to see just why his work is so popular. Each hand-carved pumpkin shows an amazing about of detail. In order to achieve this aesthetic, Wer developed his very own “4 color” carving technique, which involves cutting and carving different layers in order to create depth.

As Wer explained, “1 area is completely cutout, 2 different levels of depth, and finally, a layer untouched for the darkest portion of the image. I found this style gave me great versatility and the most realistic final product and seemed to impress my clients!” 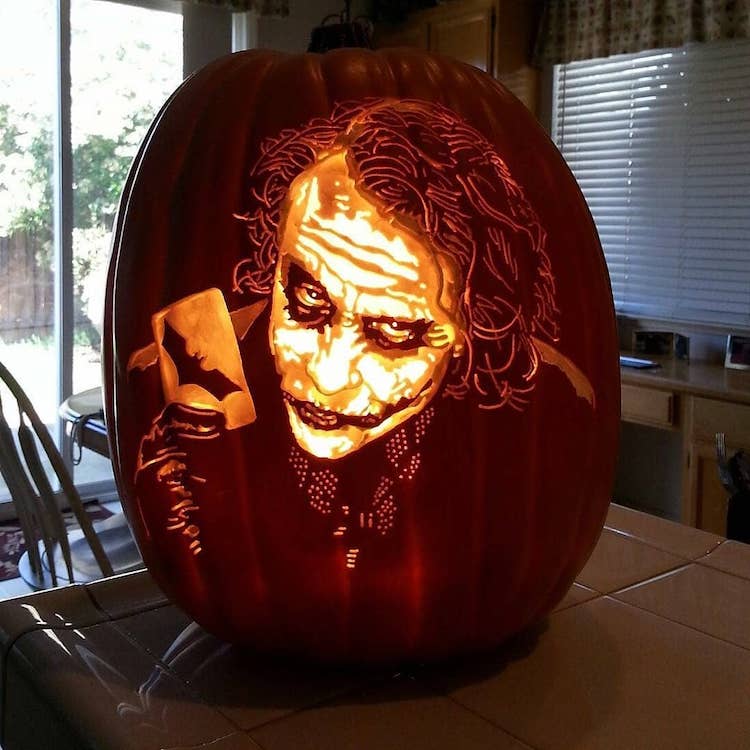 One pumpkin can easily take up to 6 hours to complete, all depending on the design’s complexity. 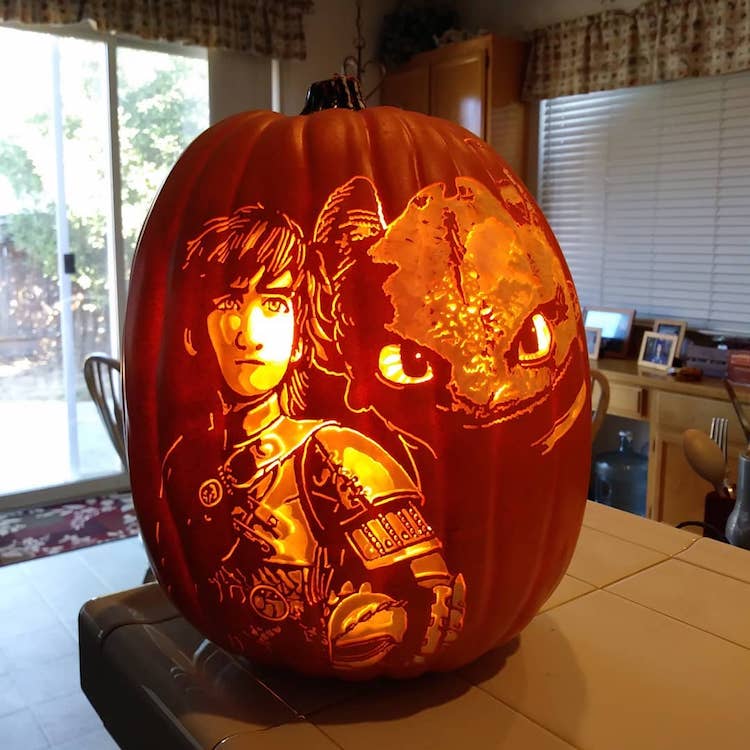 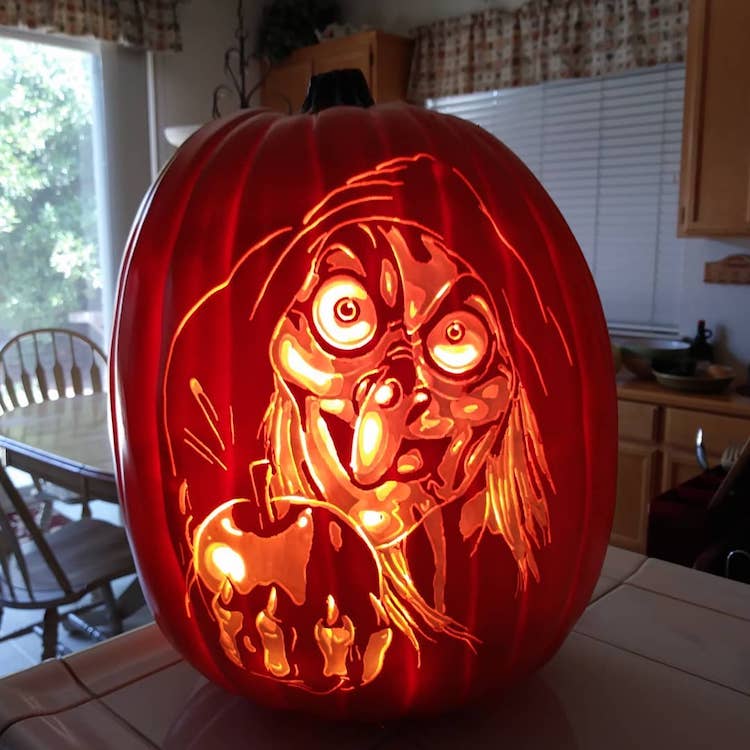 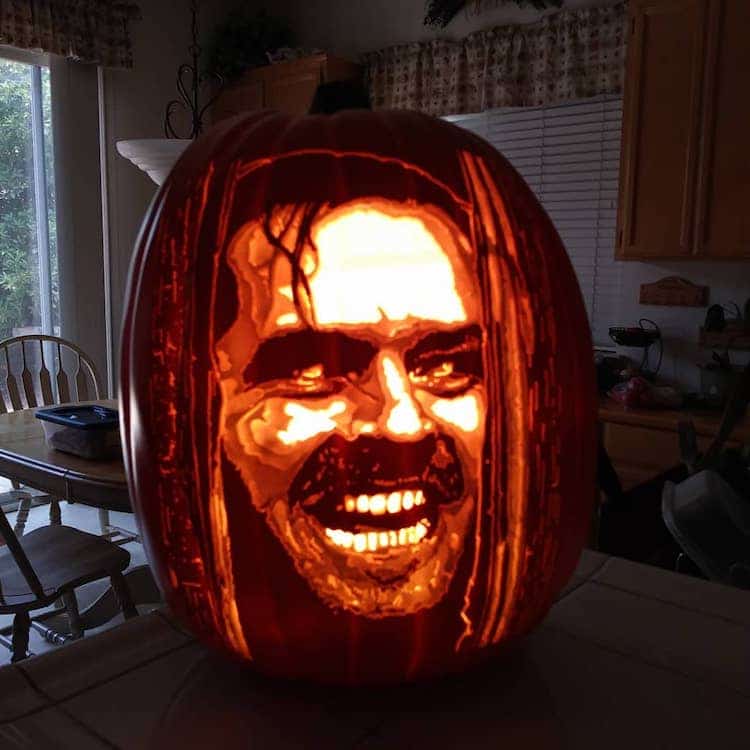 As Wer says, “I have now moved up to 5 layers of carving…always trying to get that ‘perfect carve!’” 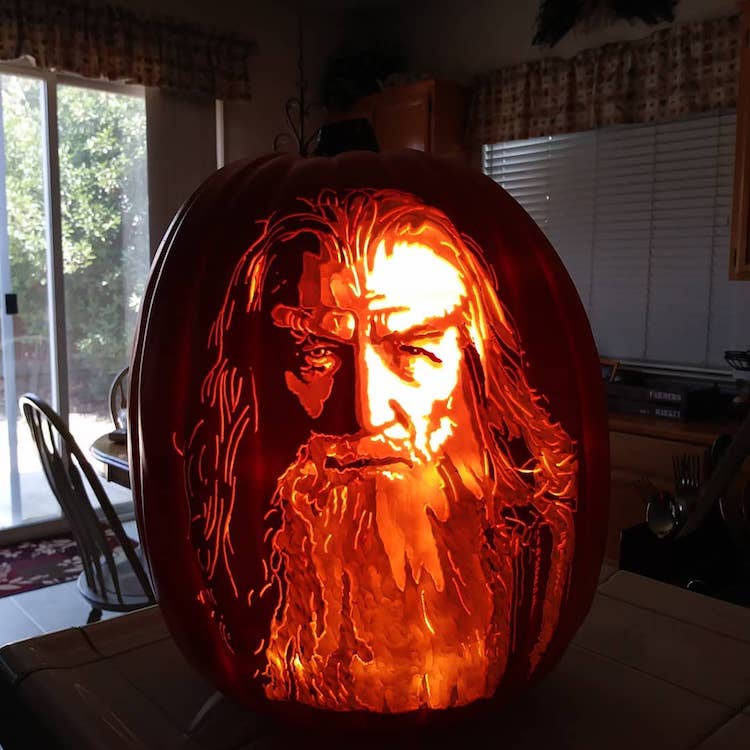 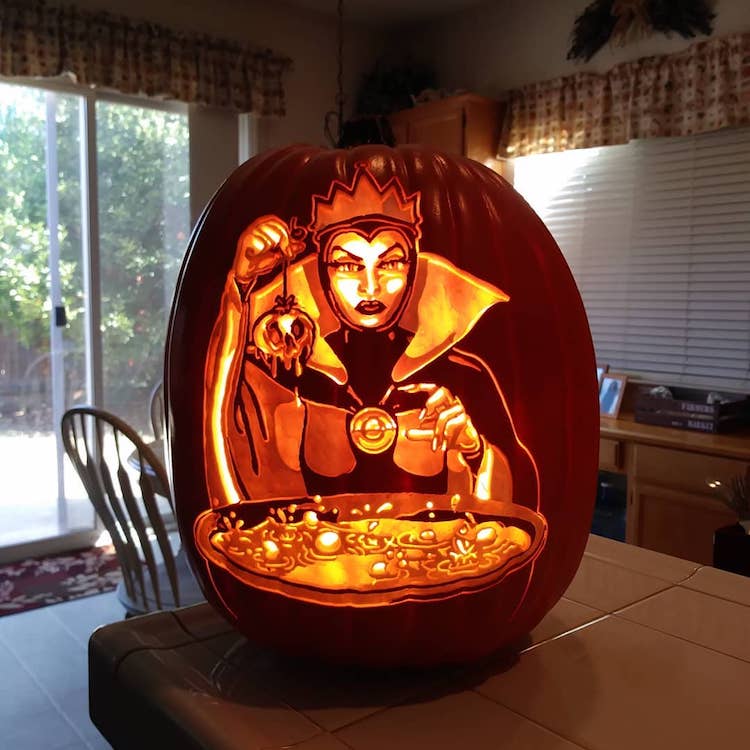 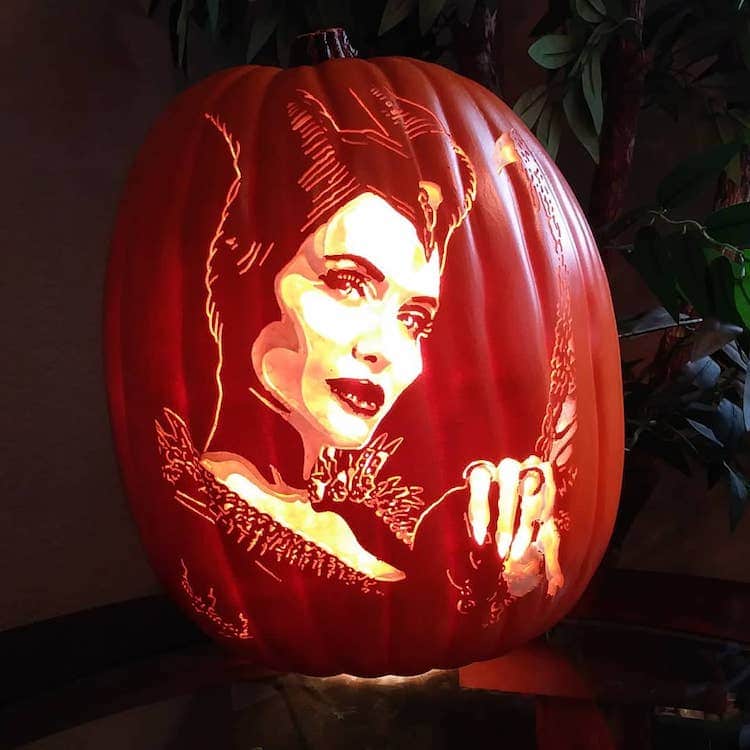 You can check out some of our favorite designs of his below. If you like what you see, you can always click here to order your very own custom-carved pumpkin from his website. 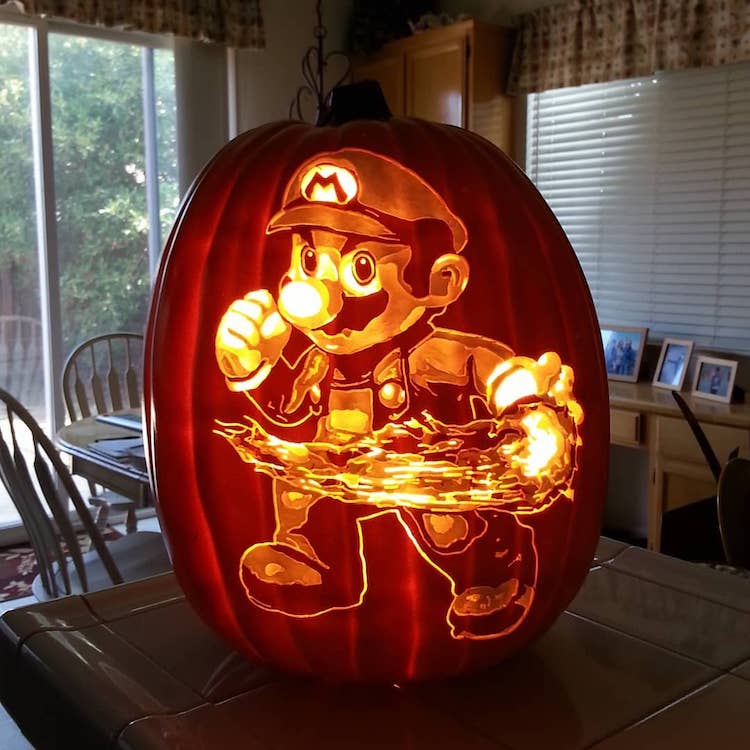 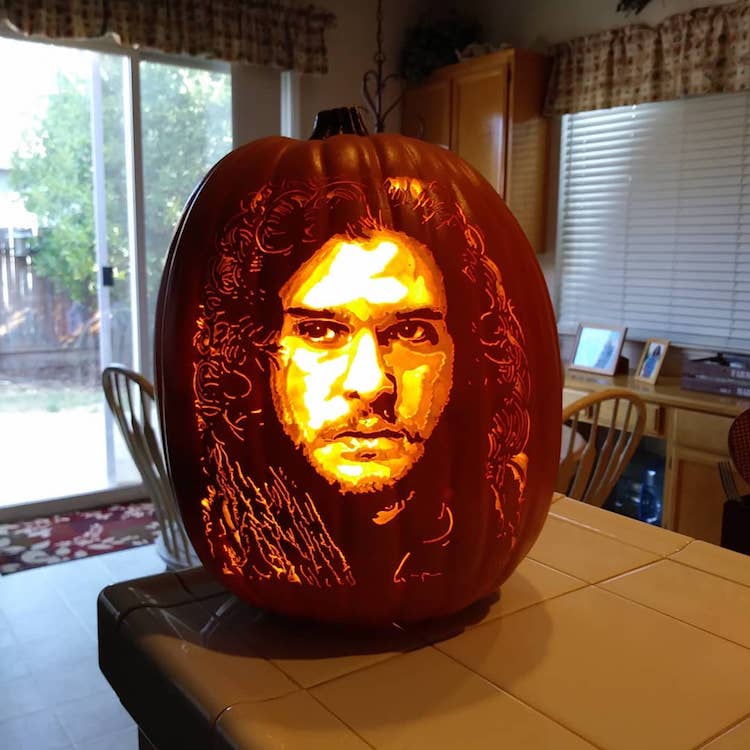 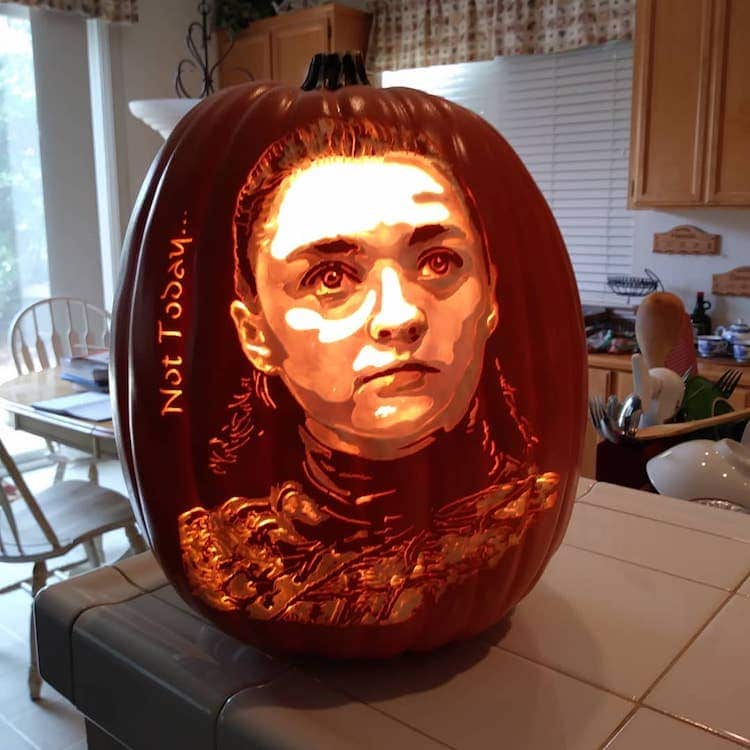 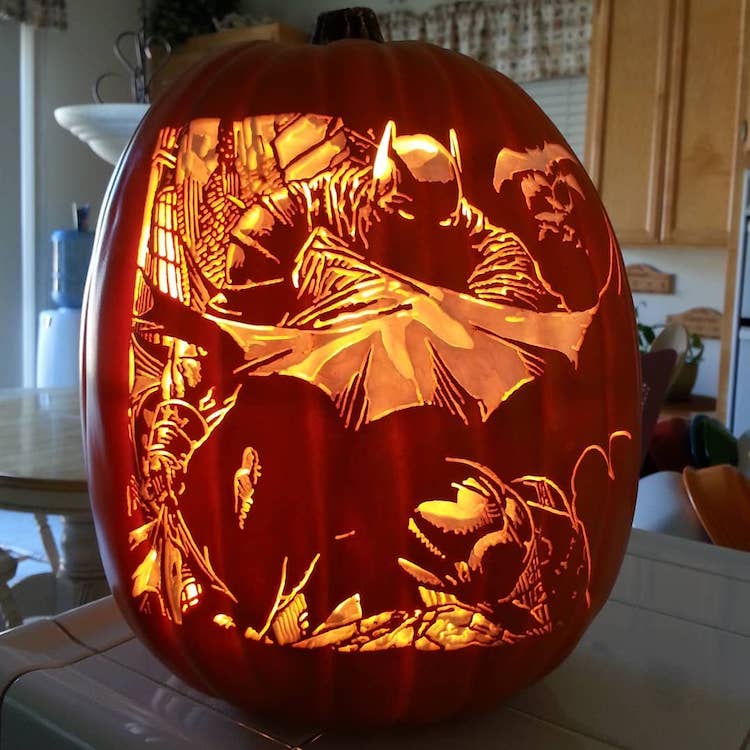 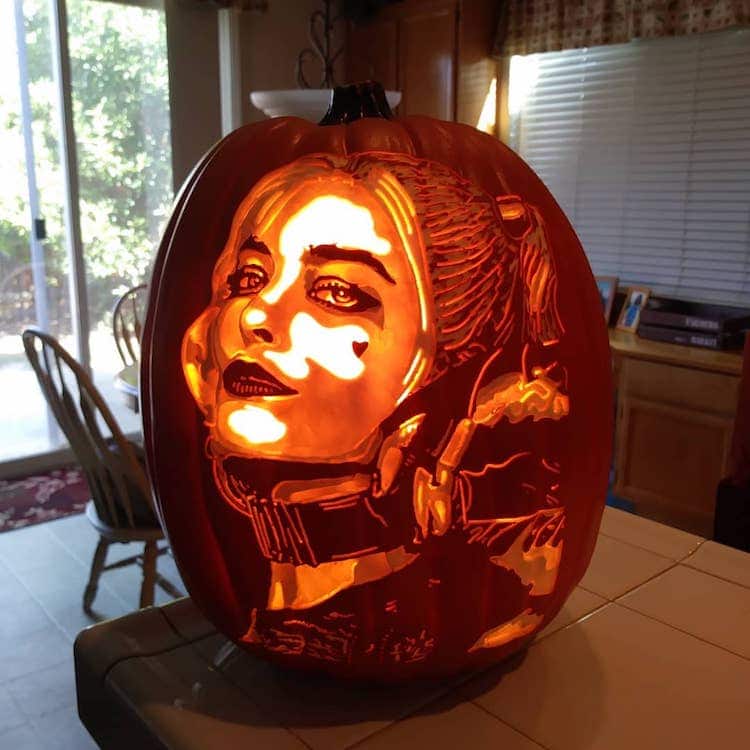 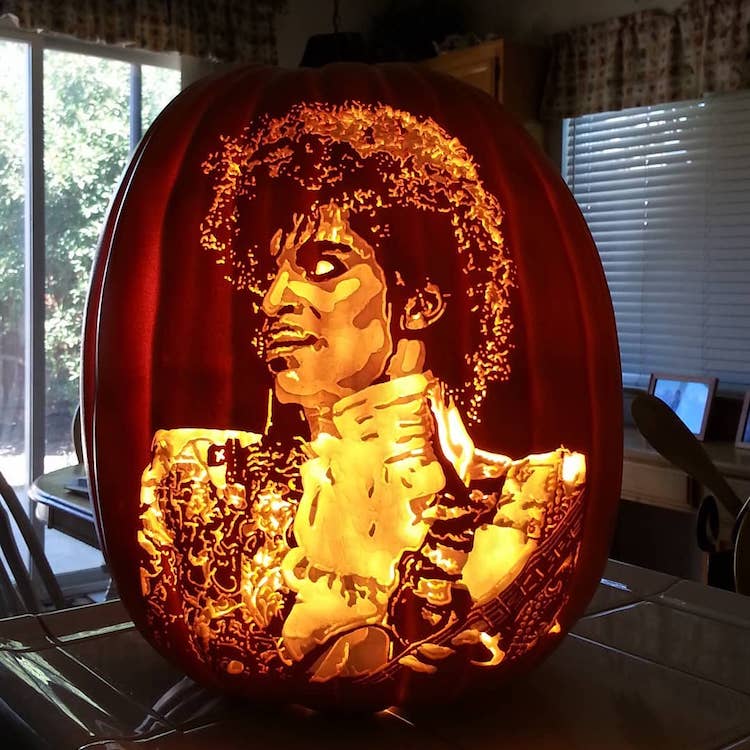 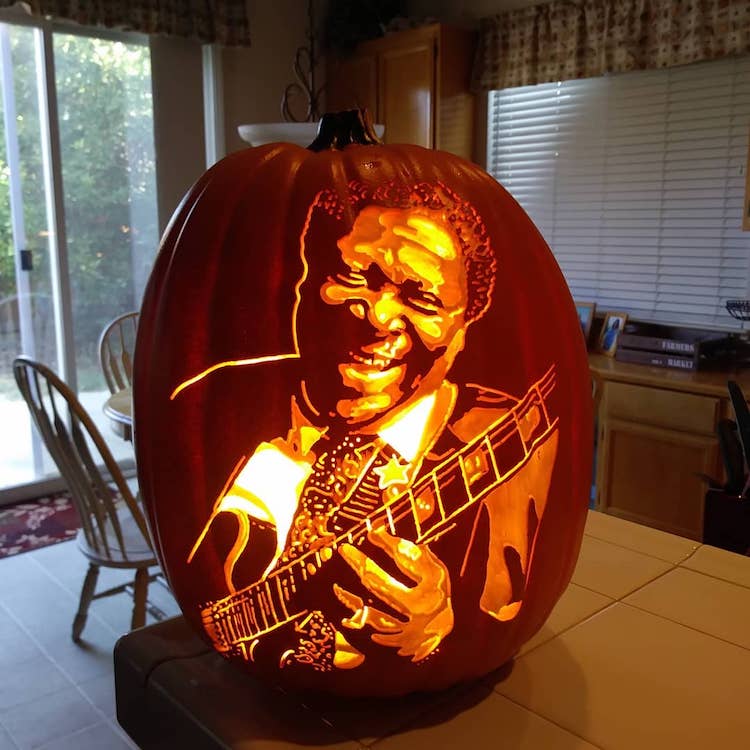 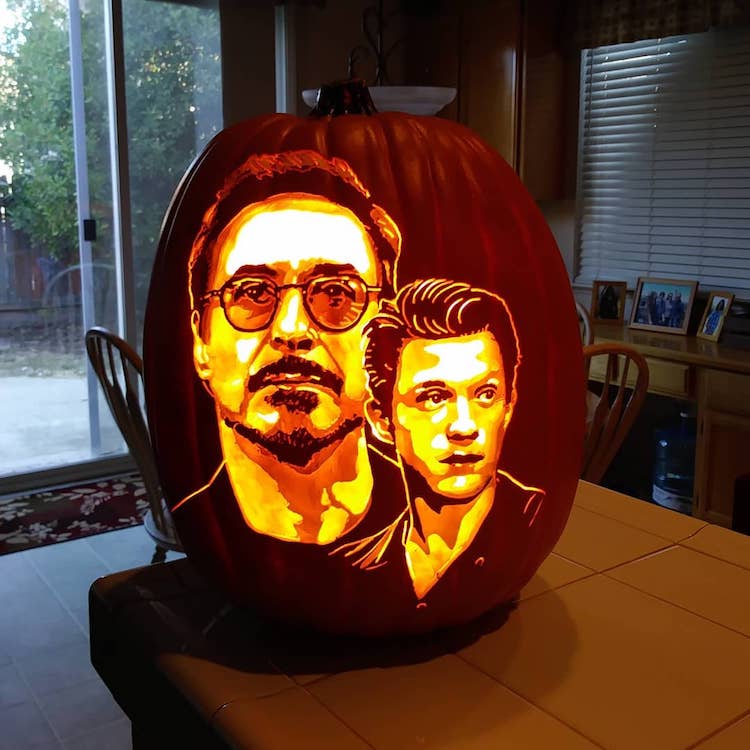 Jackie Kennedy Onassis’ Martha’s Vineyard Home Is For Sale And It’s As Dreamy As We Imagined: Click “Next Page” below!