One of the biggest moments in our lives is when we propose to our significant other. The problem is, finding a unique way to do it is becoming harder and harder.

Some people go the traditional route, bending down on one knee and asking for their hand in marriage. Others may do something really out of the ordinary, such as proposing on a hot air balloon ride.

One guy made the choice to do more than the ordinary, he actually proposed to his girlfriend without her knowledge many times before she was finally wearing the ring.

Here is an example.

Edi Okoro is a 30-year-old man from Herefordshire in England who bought a diamond ring for Cally Read, his girlfriend. He wanted to savor the process of popping the question so he got inventive.

He took pictures showing the ring and Cally in a number of locations and she had no idea. It must have been fun to know that she could have caught him at any moment.

“Those who have gone through this (and those who will soon find out), you want to propose in a way that speaks to you as a person and couple.

Some plan a flash mob, a fancy meal, or even arrange a marry me sign. I couldn’t do this because “Edi doesn’t plan”… I’m a spontaneous improviser.” 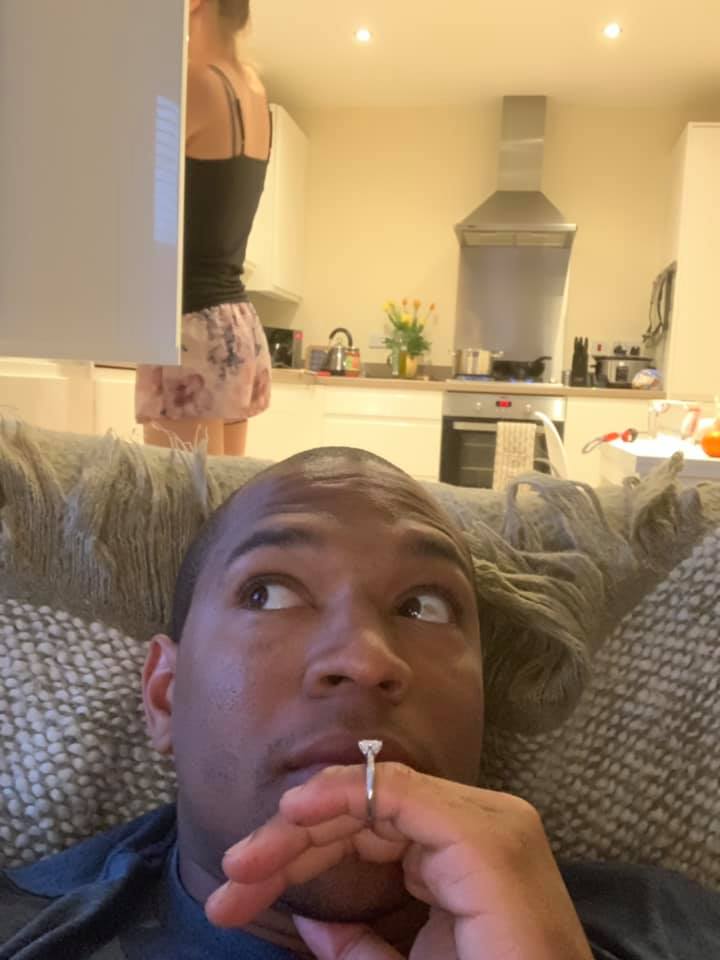 He thought his girlfriend would get suspicious if he tried to plan something elaborate so he brought the ring with him and took pictures wherever he could. She had no idea and he was just waiting to pop the question.

“The idea was to take as many photos, in more daring scenarios, until I found the perfect moment to propose, or until I got caught, at which point I would propose!” 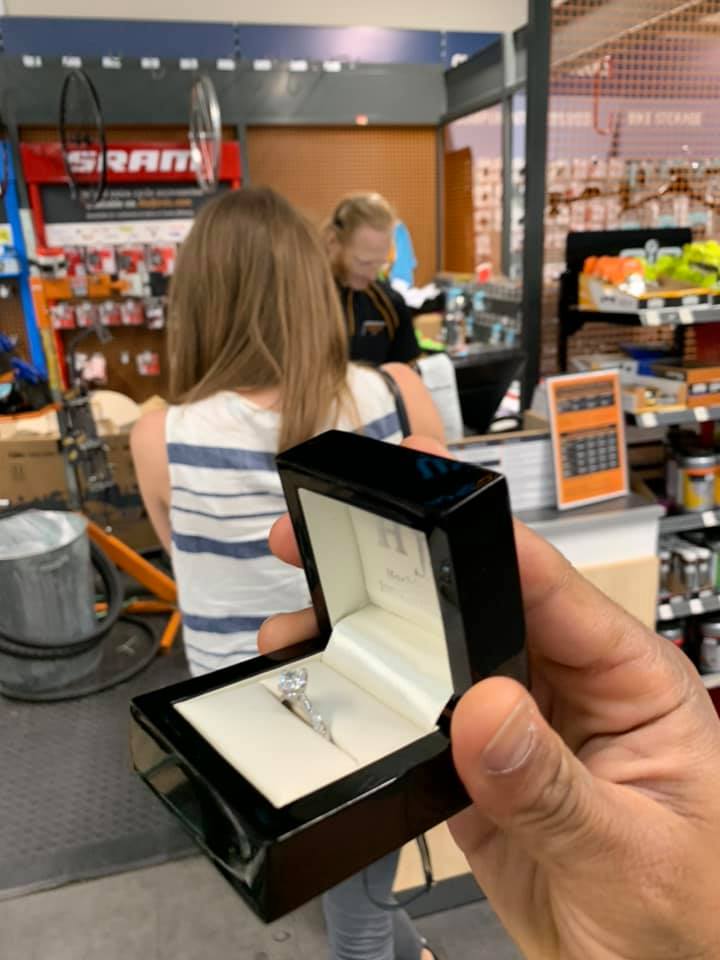 He uploaded the pictures to a facebook album, ‘how I proposed to Cally’. You can see just how close she got to the ring without knowing.

One image showed the ring in her hand while she was sleeping and in another, it was on her back while she was checking something on her phone.

He even put it right in front of her at one point, knowing that she couldn’t see without her glasses. 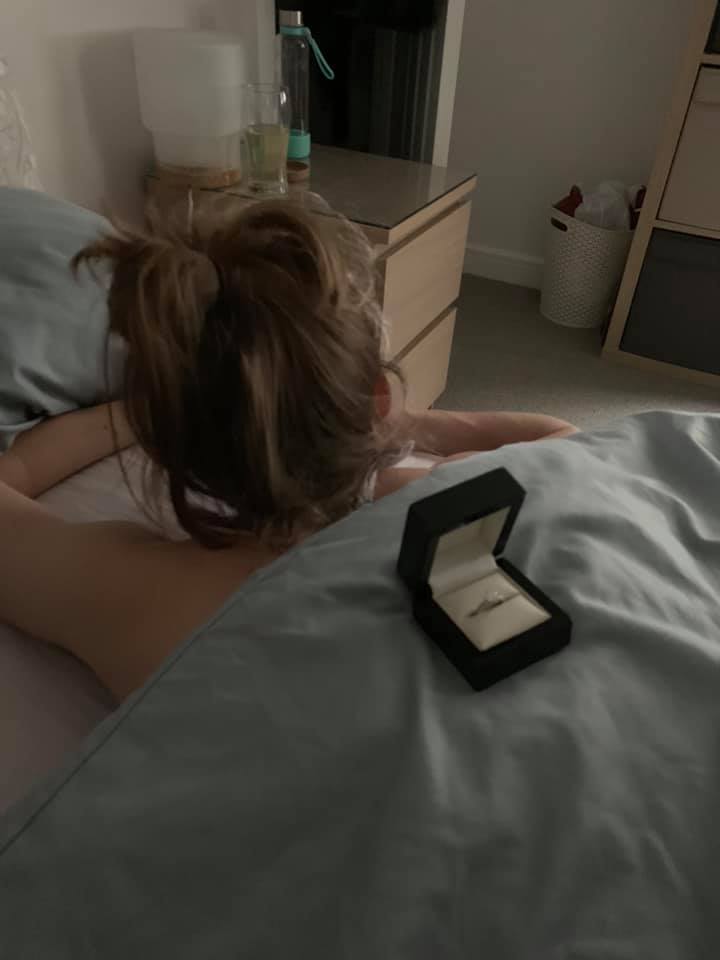 He continued this sneak attack for about a month before he finally proposed to her face to face.

He hasn’t yet told us how he proposed, just letting us know it was a story for another time. It was confirmed, however, that she never caught him teasing with the ring.

In the end, she said yes and he shared a picture of them together with her proudly displaying the ring.

Thousands of people have enjoyed following the story and they are waiting to hear how he popped the question. Hopefully, he will let us know soon.