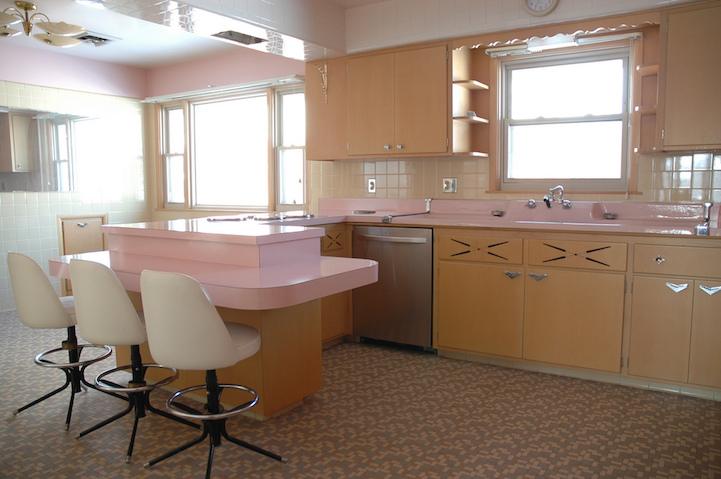 When we think about our dream kitchen, we probably envision something sleek and modern. Personally, for me, I would love a spacious kitchen with a white and blue kind of Mediterranean tiled backsplash and wooden countertops – treated and sealed obviously. Then the flooring would be rustic terracotta tiles. Back in the day, it would’ve been the perfect kitchen to a 1950s housewife. And in 2010, furniture designer Nathan Chandler couldn’t pass up the opportunity to purchase a perfectly preserved American home from the mid-1950s. The house that he purchased was never actually occupied, so the kitchen was still brand new and pristine. The dream kitchen was in mint condition, its appliances had never, ever been used and in fact, still had all their original manuals taped to them. Chandler took the opportunity to capture the preserved time capsule on camera, affording us a real authentic glimpse into what was considered the modern dream kitchen for people back in the 1950s. 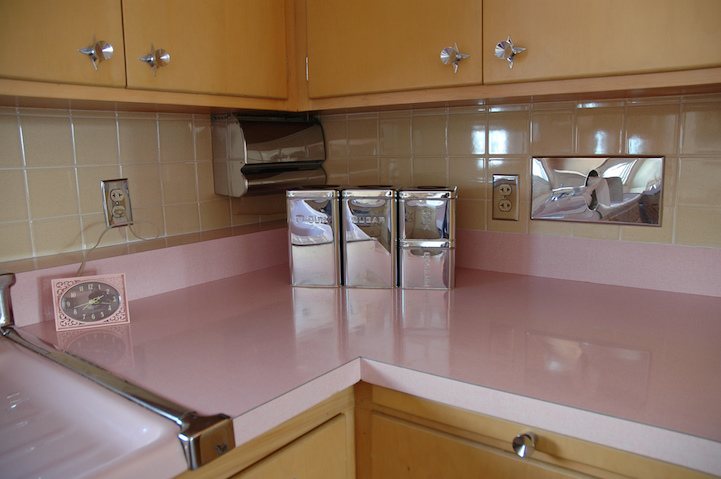 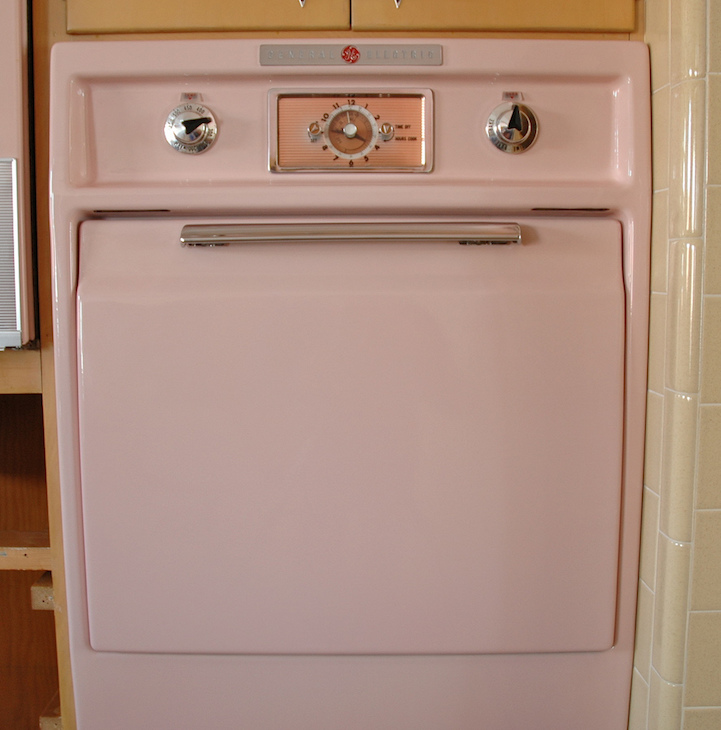 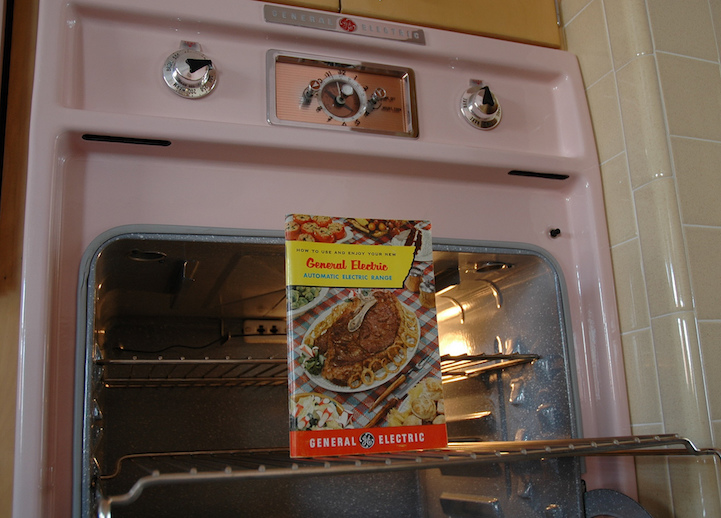 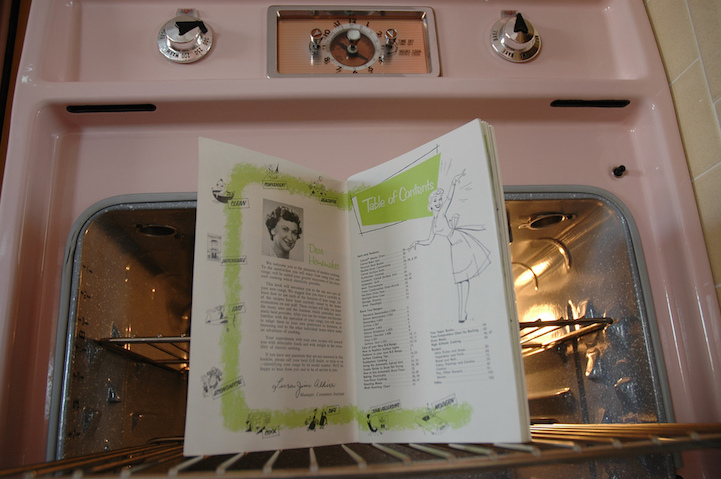 The pictures are incredible and look like they were off a movie set or museum, as the charming pink kitchen sits unspoiled. And when we say pink, we mean pink. Everything from all the appliances to the countertops are fitted with the soft dusty rose color, which is then offset with accents of sparkling chrome finishes and light wooden cabinets. While the color certainly wouldn’t be to everyone’s taste – definitely not mine – you have to admit that it’s pretty cool. There is even a fantastic, now-retro lettering that covers the faceplates of both the oven and stove. Chandler’s kitchen that he bought is now a treasure trove of sought-after antiques that collectors would love to own. In fact, he has even put parts of the kitchen – such as the washboard sink – up for sale since having purchased the home. He definitely has a gold mine there if he wants to sell off more of his kitchen. 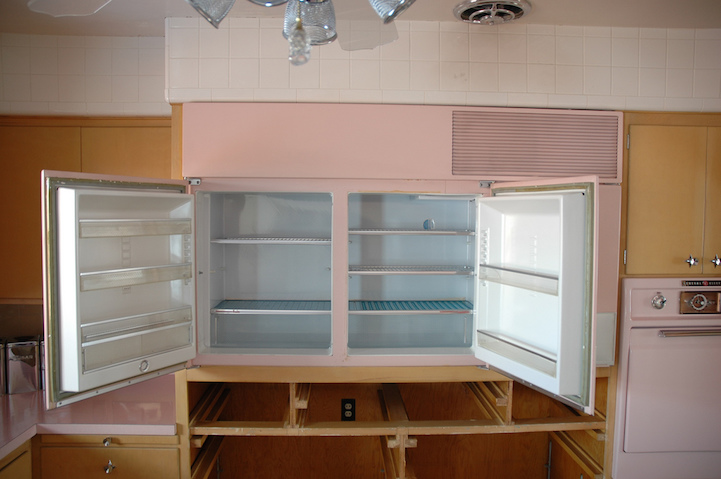 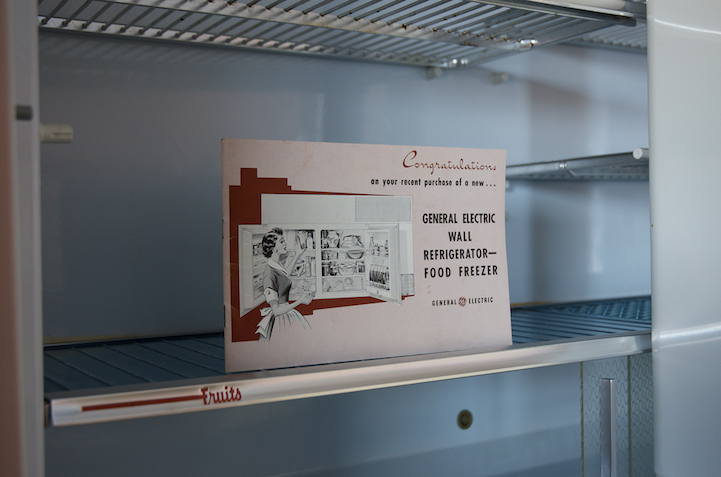 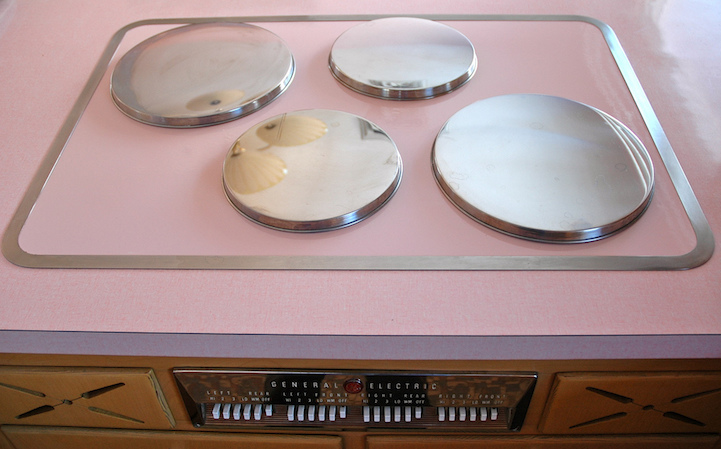 What do you think of the kitchen details? Do you have any interest in antique kitchens? Let us know and check out the rest of Chandler’s photos below: 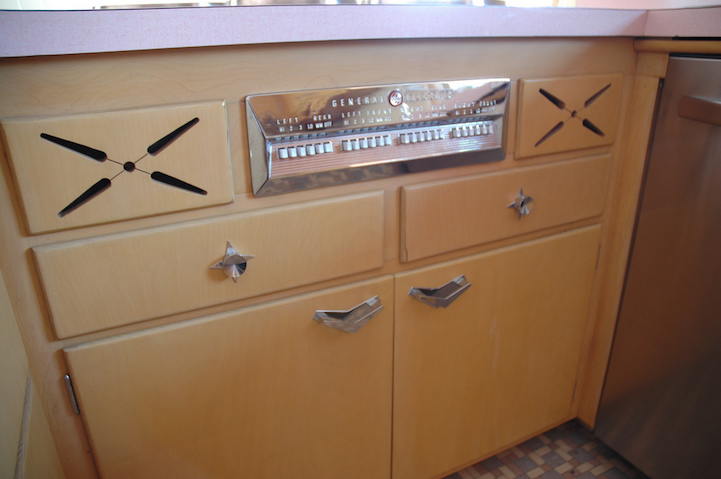 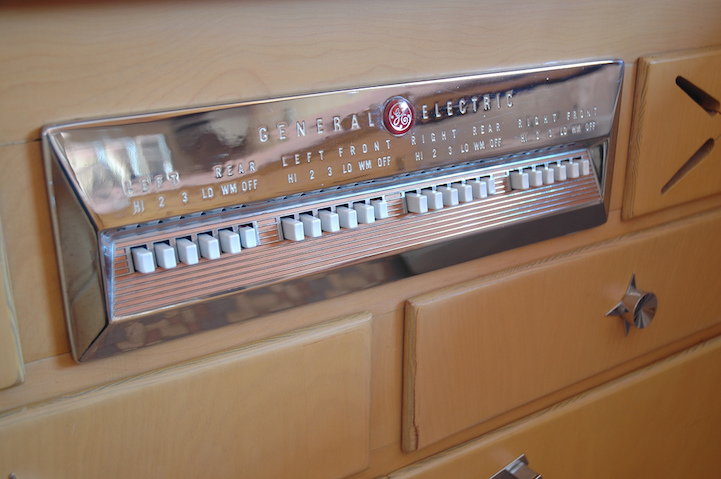 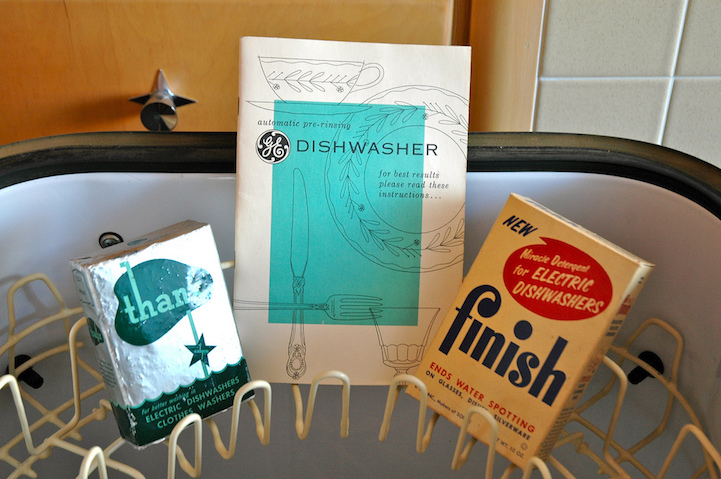 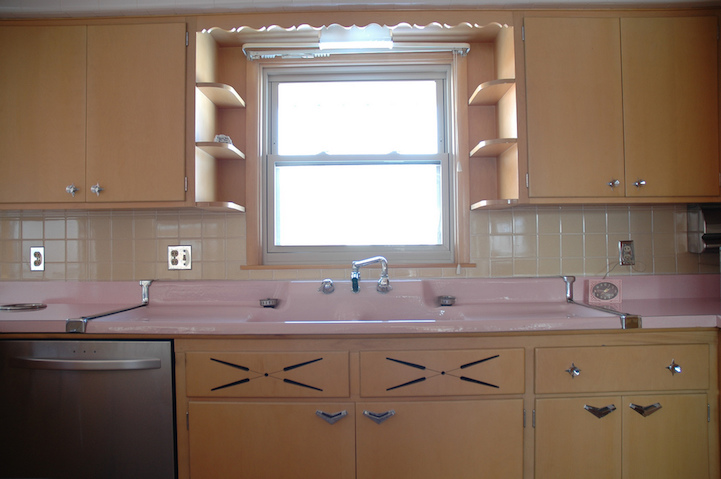