Every so often you see artwork that’s so clever that you don’t mind how gross it is. Or, at least you respect the work that went into it. But, for fans of the Precious Moments collectibles, this might be quite a different story. Artist Keith Busher takes the figurines we all know so well and turns them into something worthy of the goriest horror movie. 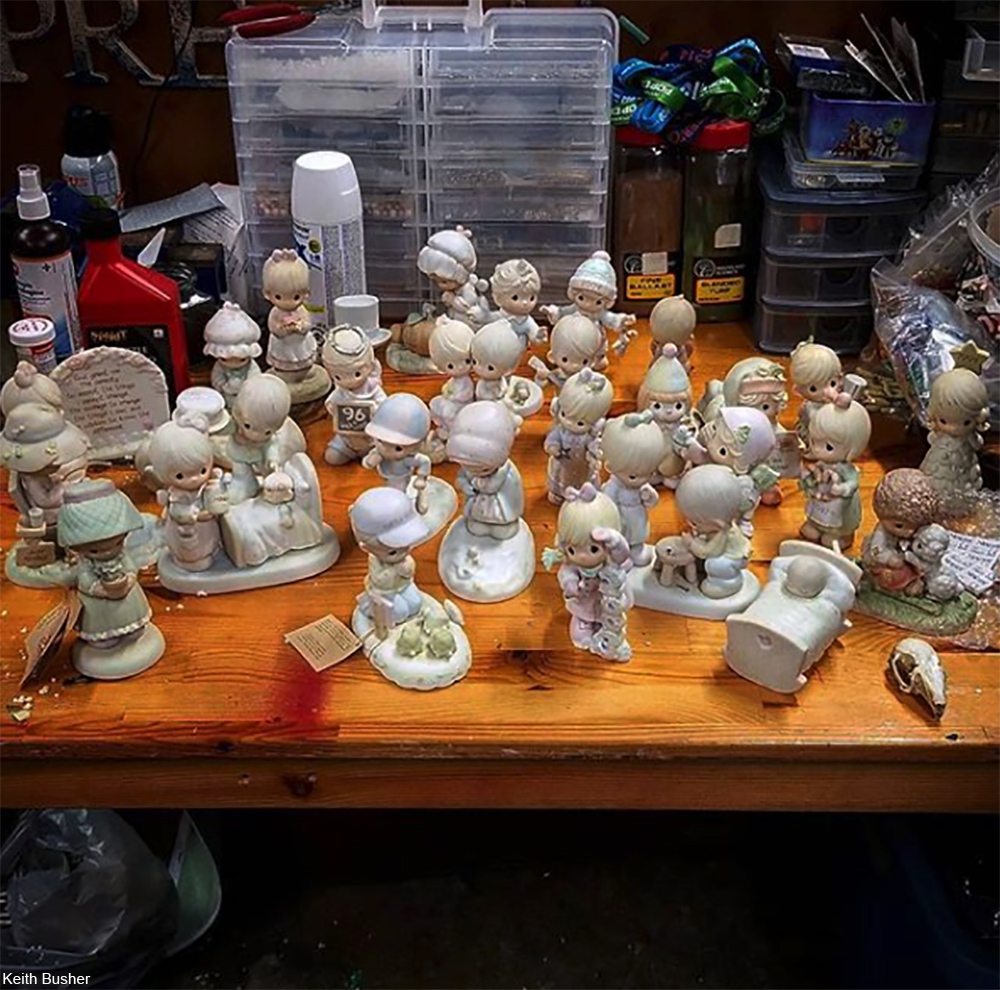 Busher has been creating these monstrosities ever since inspiration struck him in the thrift store. He had been looking for something to upcycle when he came across some Precious Moments figurines. The figurines were first created in 1978 and enjoyed decades of popularity for their sweet designs which commemorated life’s ups and downs. Years after they debuted, the market for these devotional ceramic figurines heated up. Then just like that the prices plummeted again once the figurines fell out of popularity. 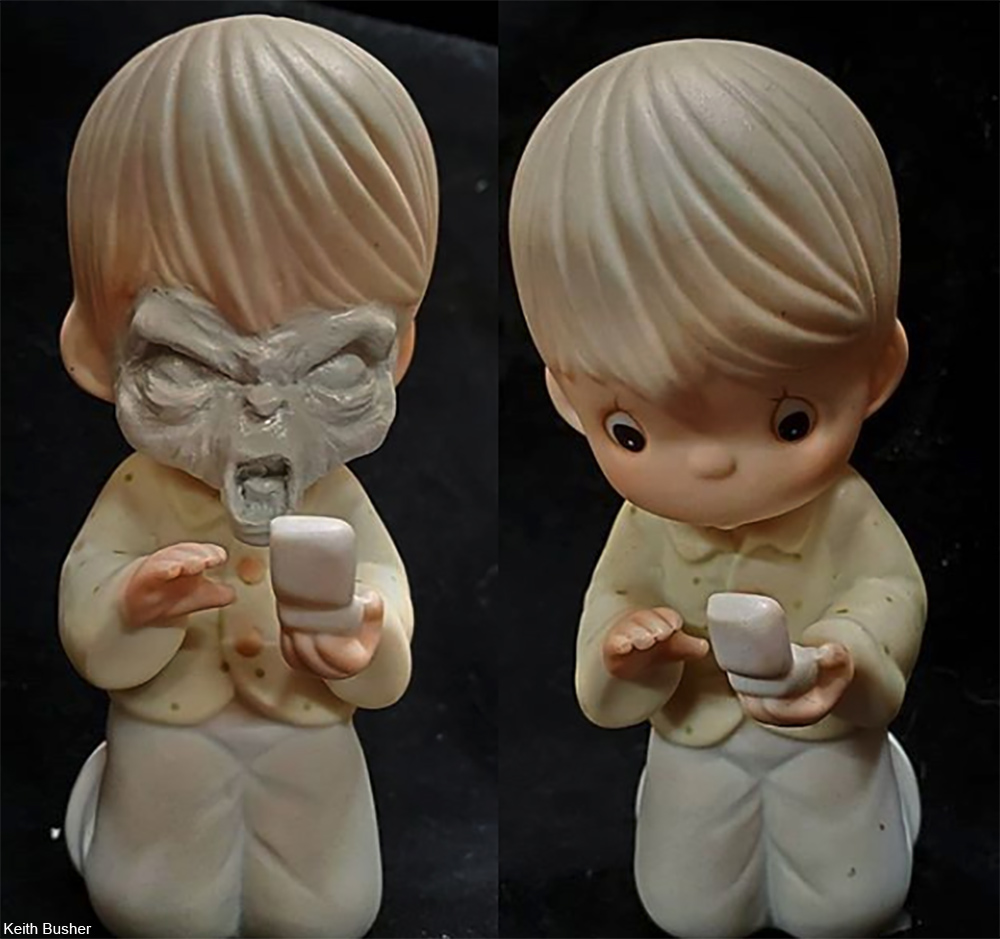 Today, only the original 1978 line of 21 figurines hold significant value. This means that the newer figurines can often be found at thrift stores for only a few dollars. 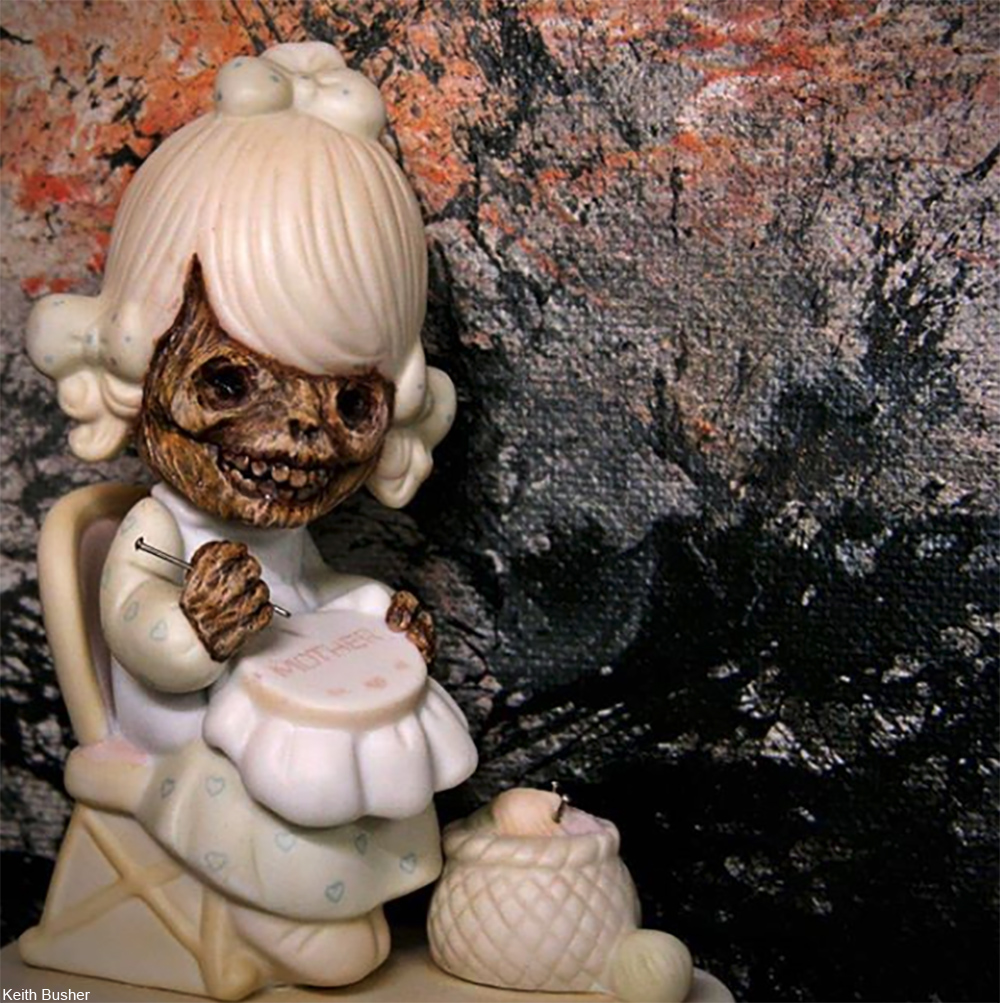 Busher begins his process by adding self-hardening modeling compound to the faces of the Precious Moments figurines. Then other details like blood or eyeballs are added to make their little faces look truly horrifying. Busher largely leaves the rest of the figures alone, which makes for quite the contrast.

The pink nightgowns and pastel pajamas the children are wearing make a strange and spooky backdrop to his horrific faces, something which is somehow reminiscent of horror films of the 1980s like Poltergeist and Nightmare on Elm Street. There’s also something of the Garbage Pail Kids in the figurines- mixing the innocence of youth with the vulgarity of…well, youth. 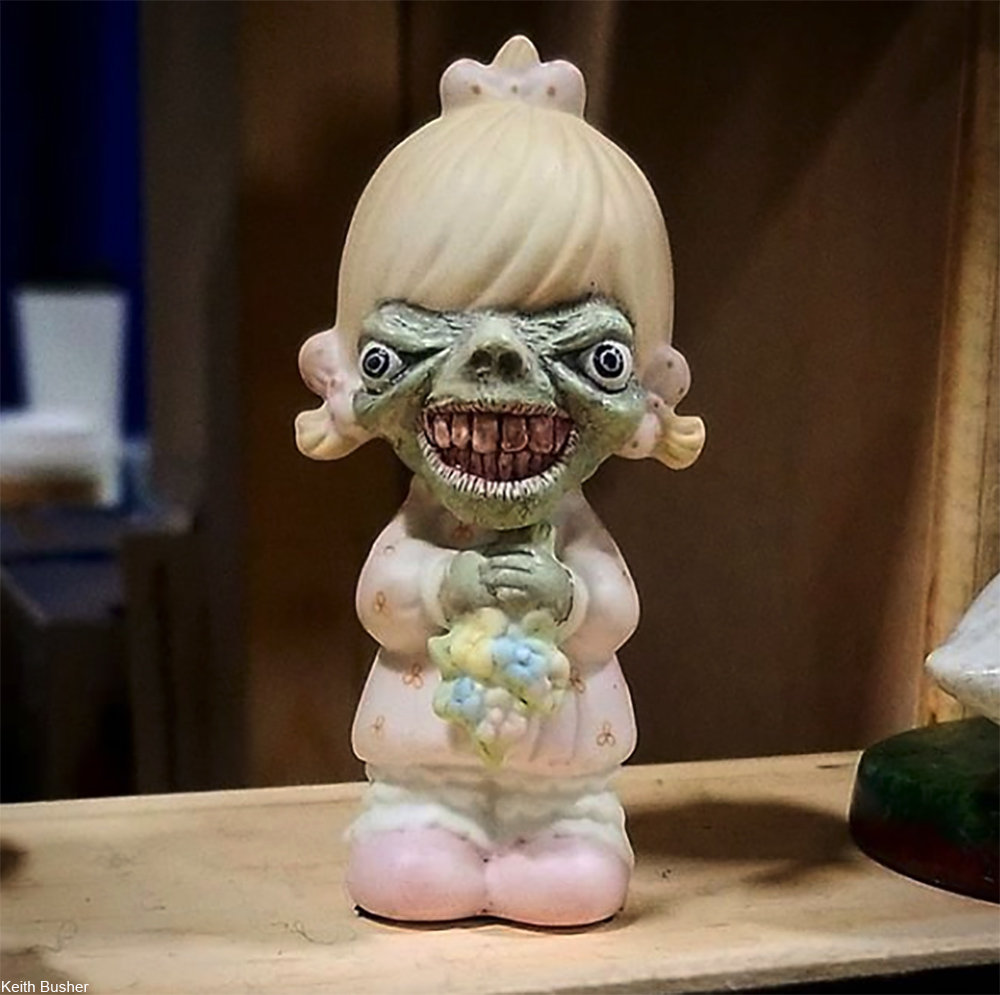 Busher’s creations can sell for between $40-$100 or more, making the figurines a lot more valuable than they might be in their unaltered states. It just goes to show how much tastes can change in only a few decades. Busher calls his line “Precious Mutations” since they are morphed into drastically different creatures by the time he’s done with them. In an interview with Country Living Busher said, “I thought that with a little tweaking, they could become quite humorous and much more desirable.” 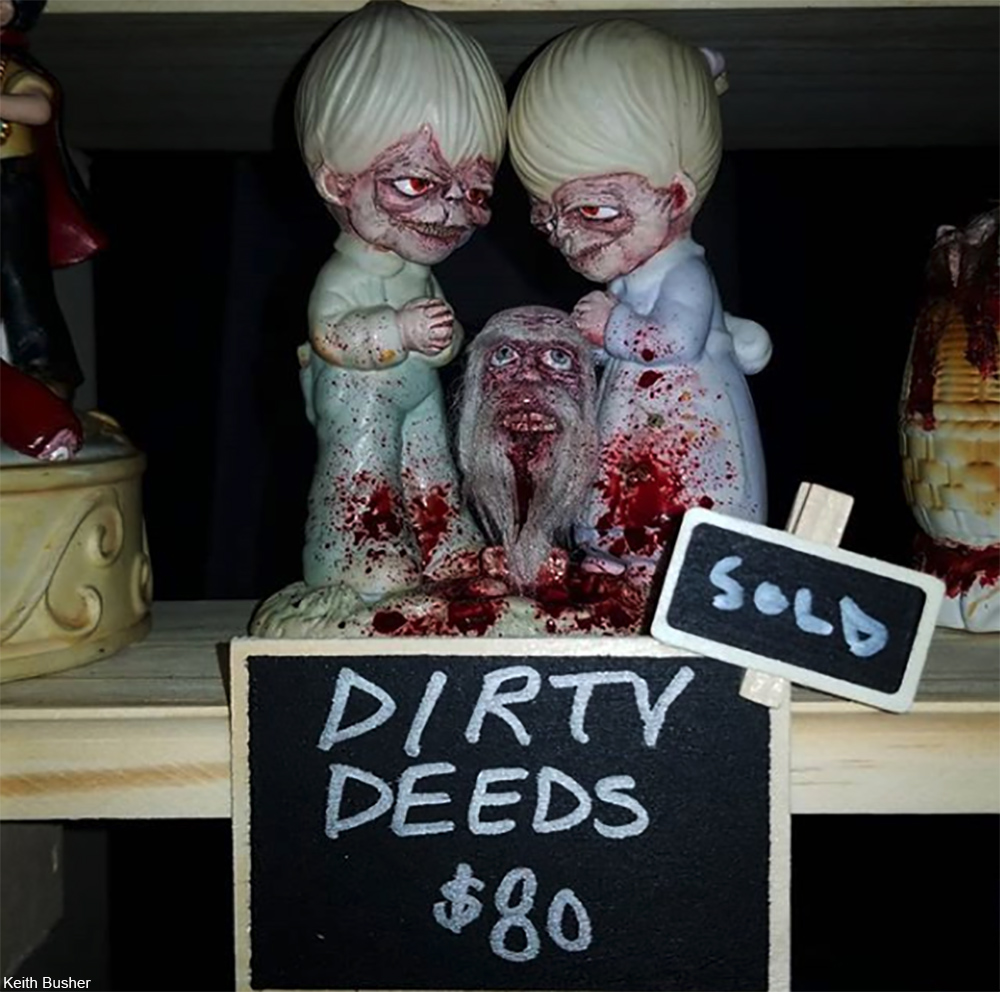 It’s not only monsters and killers, but also animals that Busher creates. One famous Precious Moments figurine of a Victorian girl ice skating was made into a seacow twirling about!

What do you think of these little guys? Are they a fun take on kitsch collectibles and the spirit of Halloween? Or do they represent a ruined piece of otherwise good ceramics?

You can see exactly how Busher creates these gruesome figurines in the video below.